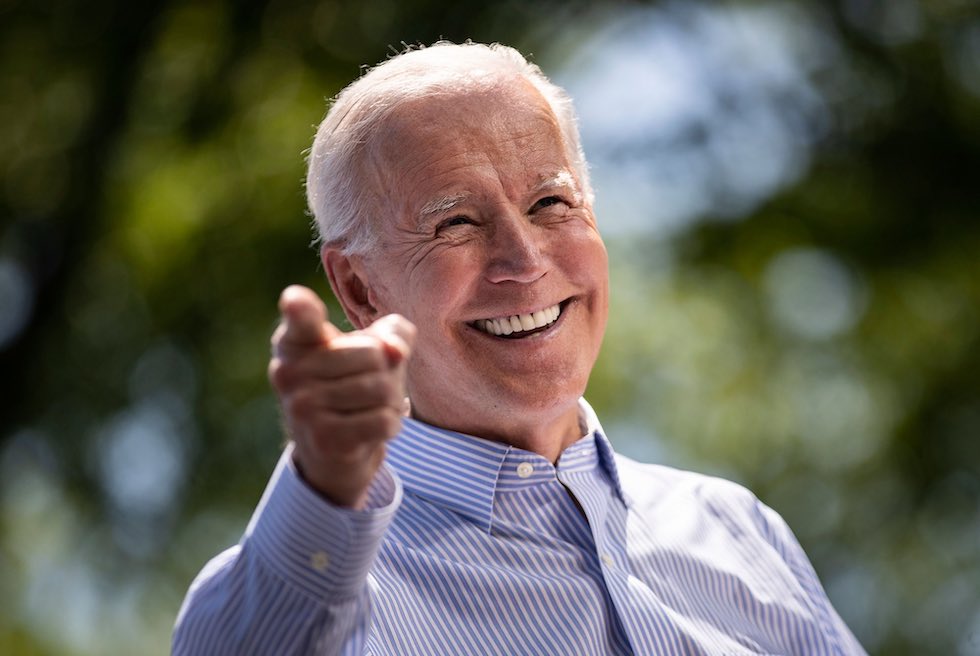 The pandemic has affected all of us. We have to get through this dark winter. But help is on the way.

The MRNA Pfizer vaccine began distribution Monday, December 14th all across the nation in planes and trucks with capable, logistical planning, coordination and execution. Since this vaccine must be kept at sub-zero temperatures, it was packaged with dry ice, each package contained GPS monitors that would alert if the contents got off track or were too warm. Hundreds of front-line workers were shown on cable news outlets gratefully getting the vaccines. It was a show of collective American competence and capability that has been sorely missing in the Trump administration.

A second vaccine from Moderna using MRNA technology has also been approved by the FDA. It will be distributed across the country as well. It requires refrigeration but not at the extremely low temperatures that the Pfizer vaccine requires. Both vaccines are extremely effective – in the 90% range. There are even more vaccines that will be approved soon by the FDA. We have to hang on. Help is coming.

This comes at a critical time for our country since we now have over 300,000 deaths from Covid-19 and the virus has become the leading cause of death in America.  Contrary to what Trump kept saying before the election, that the virus would not even be talked about after the election, our country is facing a pandemic nightmare even while vaccines are on the way.

As the vaccine was rolled out Trump was nowhere to be seen because he is still obsessing about his lost bid for reelection. He deserved to lose. He is directly responsible for the epic mismanagement of this pandemic.

Since the Electoral College votes were taken across the country on December 14th, Trump has been AWOL. He is no longer even pretending to be president. Instead, he is pursuing conspiracy theories to explain his loss and deciding who to give pardons to so that these people will protect him once the lawsuits come at him at one minute past noon on January 20th, 2021. (The problem with that thinking is that once you get a pardon your 5th Amendment right against self-incrimination is gone. You can be forced to testify in a case against Trump or be charged for failing to comply and that could cause you to go to jail.)

The New York Times reported that disgraced Michael Flynn and crazy Sidney Powell were urging Trump to try to get an election do-over in battleground states where he lost by imposing martial law. There was a shouting match in the White House as aides pushed back against this insane idea. The information was leaked to the media to help increase the push back on Trump.

On top of that, our country has been cyber-attacked by Russia and Trump is trying to lay the blame off on China. Nothing  new. That’s one way you KNOW Russia attacked us. If Russia did it, Trump will say they didn’t.  Pompeo already told us Russia did it.

Good News! The Electoral College Worked Without a Hitch

On Monday, December 14th, across America throughout the day, every state showcased its Electoral College voting procedures. Americans could witness the process and see for themselves that the fever dreams of Trump and his followers were just that- conspiracy laden fever dreams, not reality.  These electors casting their votes in accordance with the law and protocol, were our fellow Americans. They stood up for our democracy by doing their jobs and representing the will of the voters in each state. The day passed without incident despite fears of violence.

However, it was truly shameful that some of the electors in Michigan were threatened by Trump supporters who are not living in reality. The Michigan State House had to be closed to the public because of “credible threats of violence”. Trump has not spoken out against the Proud Boys, who have become Trump’s brownshirts. They invaded Washington, DC, waving Trump flags. They brought their weapons with them and were itching for a fight. Black Lives Matter banners were forcefully removed from churches by Trump’s goon squad. After dark, stabbings took place in the name of Trump leaving four people in critical condition.

Trump is ginning up rage and monetizing the rage, gaining piles of money for himself from his duped supporters under the guise of fighting what he falsely claims is a stolen election. He has amassed $200 million so far from his supporters by claiming the election was rigged.

This happened in response to a 20 page demand letter sent to Fox and OAN demanding a “full and complete retraction of all false and defamatory statements and reports.” Smartmatic insisted saying failure to do so would cost the company “hundreds of millions, if not billions of dollars”. Trump lawyer, Sidney Powell, has been particularly outspoken in her bizarre conspiracy theories about these election voting machines. She and others on the Trump legal team have made wild claims that they were rigged by the dead Venezuelan president, Cesar Chavez to help Biden win the election.

Many other Republicans have not done so yet. These Republican ninnies still fear Trump and his angry base that continues to believe Trump’s lies. 77% of Republicans are living in an alternate universe where Trump won even after losing the Electoral College and the popular vote by about 7 million votes.

Trump’s lawyers and Trump himself lost their efforts to corrupt legislators in battleground states by getting them to disregard the will of the voters with a slate of Trump electors despite Biden’s win. Trump lost 55 lawsuits across the country in battleground states. The cases were heard by judges appointed by Trump as well as other presidents. No matter who appointed them, all judges ruled against Trump in these cases. They were lost because there was no evidence of fraud or other hanky panky. Trump also lost in the Supreme Court which summarily rejected both matters that made it up to the Court. The justices dismissed both lawsuits without a hearing on the merits.

The Texas lawsuit brought by Paxton, which asked the Supreme Court to sanction a bloodless coup, will go down in the history books as the lunatic ravings of Trumpian lawmakers and Attorneys General who went off the deep end trying to please fragile Donald Trump so he wouldn’t tweet at them or stir up his base. It was in fact an attempted coup, however, and as such every single Republican who signed on to this suit was a traitor to our democracy and should not be allowed to be seated in Congress. The Attorneys General who signed on should be disbarred.

As the Electoral College votes were recorded on Monday night, putting Biden over the 270 mark to win the election and end any realistic legal challenges for Trump, Bill Barr was resigning. Barr may have come to the end of his patience. Or he may be trying to rehabilitate himself in the legal community so he can get a job after being the worst AG in the history of our country.

He may be trying to get out of town to avoid blame before Trump’s big blow out finale in which he will grant self-serving pardons to people who could rat him out, try to install trip wires for the Biden administration like a special counsel to harass Hunter Biden, fire Chris Wray if he can get away with it and pardon himself even though an Office of Legal Counsel memo clearly states that a president cannot pardon himself. Whatever Barr’s motivation, he wrote a resignation letter that was a nauseating major suck up job to Dear Leader.

What Will Happen When Biden Becomes President? More Good News!

Biden stands for a return to democracy, sanity, facts, science, decency, a multicultural country that strives to embrace and lift up all Americans and believes in REALITY. Frankly I cannot wait for this administration to take charge.

And what if Trump refuses to leave the White House on January 20th?

He will be removed.  Watch this terrific video about what could happen on January 20th at one minute past noon. You’re gonna love this…