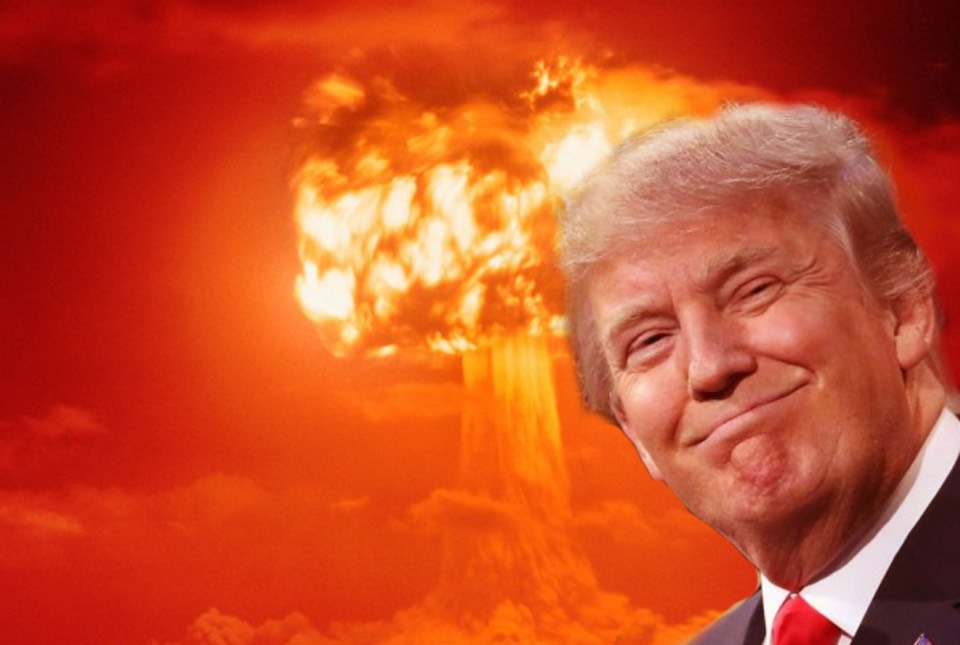 It might be holiday time in America but Donald Trump is still the president, which means we are in for a rotten time of it until Trump is out. He is on a relentless mission to blow up America to get even with his enemies and conduct loyalty tests of Republicans as he tries to stay in power after losing the election.

Currently, Trump is refusing to sign two key pieces of legislation. He is doing this even as the pandemic has taken the lives of one out of every 1000 Americans. Trump pays no attention to that. He is inflicting maximum pain on the most vulnerable Americans and conducting a loyalty test for Republican lawmakers.

What Happened With the Coronavirus Relief Bill?

After months of Trump’s total lack of involvement in helping to craft the coronavirus relief bill, the Democrats and Republicans finally, painstakingly, hammered out a compromise with Treasury Secretary Mnuchin representing Trump’s interest in the talks to construct a deal. The Dems had tried for $2000 personal checks for Americans for a long time, but the Republicans held out for $600 and because McConnell controls the Senate, Republicans eventually got their way.  Trump was said to be on board with the $600 checks. It wasn’t perfect but it was finally done and just in the nick of time to prevent terrible damage to Americans and to our country’s security.

All Trump had to do was sign the bill.

Instead he had a hissy fit over twitter and demanded those checks to Americans be $2000, not a “measly” $600. (By-the-way, he is doing this to make himself look good to Americans since he wants that to be part of his legacy when he runs again in 2024.)

Mr. Petulance in Chief is now sitting on the bill and no one knows if he will veto it, or continue to sit on it resulting in a pocket veto-an indirect veto of a legislative bill by the president or a governor by retaining the bill unsigned until it is too late for it to be dealt with during the legislative session. Millions of Americans will lose their unemployment, could be evicted from their homes, the vaccine effort will come crashing to a halt, and a government shuts down looms on Monday, December 28th.

Oh, and he also refuses to sign the bill that funds our military and protects us from cybersecurity threats.

UPDATE: On Sunday night Trump finally did sign the Covid-19 Relief bill averting a shut down although 14 million Americans may have already lost their unemployment aid. Trump signed the bill after 5 days of holding out, which created great uncertainty in the country.

What’s With All These Pardons?

Trump has abused the power of the pardon by letting 41 mostly corrupt criminals off the hook. Many of these were people who were personal friends or friends of friends, or people who didn’t rat him out in the Mueller investigation. Trump dangled these pardons during the inquiry to get people like Paul Manafort to clam up, which was one of the ways he kept Mueller from getting the truth about his criminal behavior (which is called obstruction of justice). These guys proved their loyalty to him in exchange for the pardons they are getting now. He also pardoned 4 contractors who had been working for Blackwater, a company run by Betsy De Vos’s brother. These four are despicable killers who massacred innocent Iraqi men, women and children in cold blood. And there are two border guards who also killed in cold blood.

After blowing shit up, Trump flew off to Mar-a-Lago to go play golf. La de dah. He’s on vacation while America burns.

What is motivating Donald Trump?

I’ll tell you what is motivating him. Anger. Revenge. Cruelty. He is a vicious, mean, sadistic MF and he wants to inflict pain. As I have written many times in the Markin Report, Trump is a mob boss. He wants total, unquestioned power and control, demands loyalty, and will do anything to be relevant at all times. If he does not get what he wants, he will be cruel and wreak havoc. The pain he inflicts on his perceived enemies is the goal. People who are not loyal to Trump get  “offed” by Trump, the mob boss. Now Trump is calling out Republicans, insisting they prove their loyalty to him by voting for his tweeted out revision for the relief bill. This is both a loyalty test and a tantrum.

Who is Trump mad at?

What will happen if Trump vetoes the military funding bill?

That veto will likely be overridden by Congress.

What happens if Trump either vetoes or pocket vetoes the coronavirus bill?

Chaos will ensue unless Congress also overrides this veto.

If anyone out there still thinks Trump is a good president and should have been reelected, you ought to have your head examined. You only need to look at the damage he is doing to our country on his way out to realize that Trump is not a person you should have supported in the first place and you really shouldn’t support him ever again. If he does run for president again in 2024, remember what he did to our country in his last days in office.

Trump warned all of us about who he really is when he ran for office in 2016. During that campaign he used to tell a poem about a snake. Remember that? The snake pretended to be so nice and cozied up with the unsuspecting, generous lady, but then, after gaining her trust, the snake showed his true colors: he bit her and she died. That poem was supposedly about xenophobia, but it was really about Donald Trump.

Trump is the snake. The woman who got taken in is America. Many Americans and Republicans were like the “gentle woman” in the poem who takes in the snake only to get bitten by it.  “Shut up!” the snake says to the dying woman. “You knew I was a snake when you took me in.” And so did Americans. We all knew Trump was a snake when some of us took him in. What Trump is doing in his last days in office is, to the best of his ability, giving our country a lethal snake bite out of spite.

Thank goodness 81 million more of us voted him out after one term. But getting rid of Trump is not enough . We must get rid of all the Trump’s enablers who knew he was a snake but kept quiet about it, leading to the deaths of thousands of Americans from Covid-19, the poverty of 8 million more Americans, careers ruined, lives ruined, families ruined: this is the devastation Trump leaves in his wake.

The first step to a brighter future is to win those two Senate seats in Georgia.  If Democrats Jon Ossoff and Raphael Warnock can win there, the Senate power will flip- leaving Mitch out of power to refuse to call legislation for a vote in the Senate. Our nation will have a fighting chance to mend. Please do whatever you can to get those two Senate seats for the good of our country.