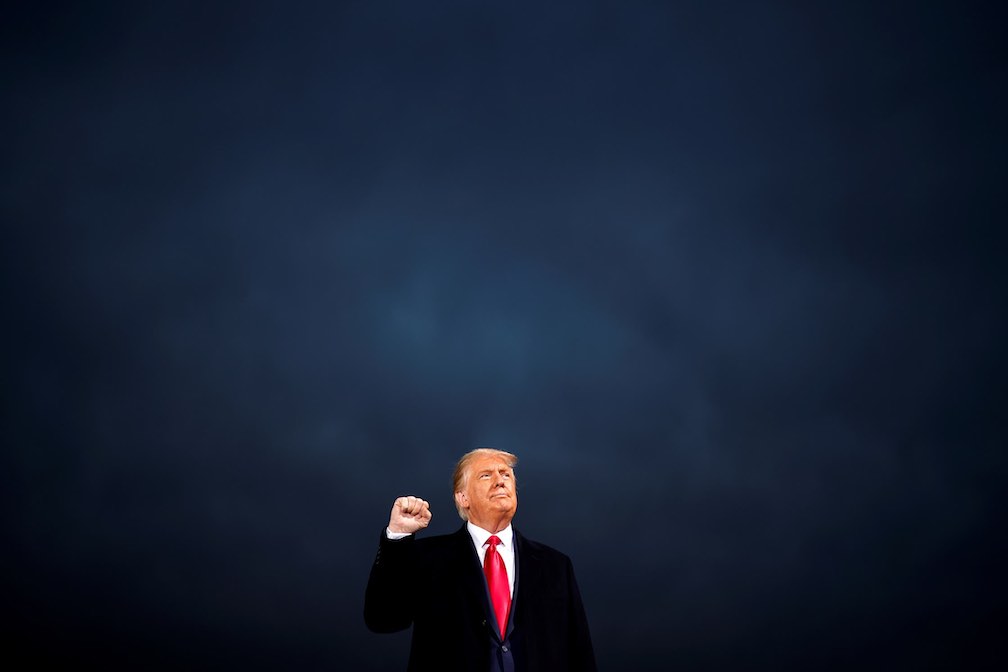 We reached the end of 2020. OMG! Thank Goodness!  What a rotten year THAT was! We have to believe next year will be better with Joe Biden as president and Kamala Harris as VP. But before we get there, there will be ugliness. Trump and his minions and some Republicans in the House and Senate are going to protest a totally free and fair election and claim that since there is so much talk about vote fraud there must have been vote fraud. There wasn’t. There is a lot of talk about vote fraud because Trump and his base cannot accept the truth. He lost. He’s a loser.

The Electoral College final tally is January 6th. In the past it has been a boring event where the vice president certifies the votes of each state. Not this time. This time we will have political theater. Josh Hawley (R- Senator) and over 140 Republicans in the House and a dozen Senators are going to try to insert themselves into the process by objecting to the final vote tallies of the states that put Biden over the top. These rogue senators are demanding some kind of audit that will take ten days. Their antics will not change the result. It will cause the whole process to take much too long but it won’t change the result. Biden wins. Again. And Again. And Again. There were about 60 lawsuits brought by Trump’s legal team after the election. Trump lost all of them. He got recounts that only proved that Biden won. There was NO vote fraud. Both AG Bill Barr and Chris Krebs who oversaw the election agreed there was no fraud.

Oh wait. Yes, there WAS attempted vote fraud in Pennsylvania.  3 instances and ALL OF THE ATTEMPTED VOTE FRAUD WAS CARRIED OUT BY REPUBLICAN VOTERS- trying to vote for their dead relatives.

Come on you Trump cult members and Republicans in Congress! Get on your big boy pants. Trump lost. Get over it!

Why are Republicans staging this fake coup over the final Electoral College tally?

Josh Hawley is leading the charge in the Senate. He wants to run for president in 2024 and many of the other GOP lawmakers are afraid of being primaried in their red districts or states that are still chock full of Trump cult members who cannot believe Trump lost.

January 20th at noon the Biden administration takes over to stem the tide of the rolling disaster that was (and still is) the Trump administration.

Covid patients are flooding hospitals after Americans thumbed their noses at public health experts who warned about holiday travel. Americans are traveling by plane at the rate of a million per day since Tuesday. And dying from Covid at the rate we haven’t seen yet- more than 3,740 deaths on Wednesday and a new prediction of  80,000 more of us dying in the next 3 weeks.  LA County has run out of ICU beds and must turn patients away.

People! what are you thinking?! Stop traveling!  Just stop it!!

Vaccines are the way out of the pandemic, but the Trump Administration is failing on that front as well. They promised us 20 million vaccinations by the end of 2020. Here we are and the number of actual vaccinations was a measly 3.1 million. At this rate it is estimated that it would take 10 years to get to herd immunity which Fauci says will happen if 75% to 80% of us are immunized or have had the virus.

The longer it takes to vaccinate 75% of us, the longer our country will experience a K shaped recovery instead of a V shaped recovery- a recovery that leaves our economy in tatters. We need a national strategy to not only get the vaccines out to the states, but to mobilize people in each state to administer the vaccines in a way that works. States also need money to accomplish this goal. States are strapped for funds. Hopefully there will be enough funding in the Covid relief bill for the Biden administration to ramp up vaccine distribution and successfully administer it to millions of us. Trump finally signed the Covid relief bill after tormenting everyone by refusing to sign it over the Christmas holiday.

Meanwhile Grumpy Trump was seen lumbering onto Air Force One to return to Washington, DC from Mar-a-Lago right before New Year’s Eve. In the past he has always gone to a big New Year’s Eve party at Mar-a -Lago, but this year he didn’t. He is reported to be too irritable and angry to go to that party. Instead he is returning to Washington DC for the final episode of his reality TV show- Trump Celebrity a- President Show, The Finale.

What Did We Learn from the Past Four Years?

Although Trump will go down in history as a failed president- at the bottom of the barrel of worst ever American presidents- what we have learned is that many of our fellow Americans are  white supremacists or easily duped. 71 million Americans voted for Trump even after all they knew about him- how badly he handled the pandemic and how intentionally divisive he was as president. They wanted four more years of chaos and mayhem.

We also learned the Republican Party is rotten to the core. There is no way to give them the benefit of the doubt anymore.

Too many Americans do not understand the value of science, fact based evidence and reality based thinking. Too many Americans are willing to listen to and accept conspiracy theory cloud cukooland garbage thinking.  And Republicans who know better are encouraging this craziness and juicing Trump’s base hoping to out Trump Trump and get elected president that way.

The Republican Party is splitting into factions over this. One faction still believes in democracy and the other cares only about power.

What Can Biden Do? Flood the Zone!

Biden has said he would like to reach across the aisle to work with Republicans including Mitch McConnell (assuming Mitch is still the Senate leader after the Georgia election). But we are already seeing clear and convincing evidence that Mitch and the GOP are going to try to put up roadblocks to change and limit spending in every way they can. Suddenly they have remembered they are deficit hawks now that Democrats are taking charge.

The GOP will try to do to Biden what they did to Obama. And while Obama continued to try to reach across the aisle, I hope Biden already realizes that that would be a gigantic waste of precious time. Biden has only 2 years to accomplish good works for the American people. After that, if history repeats itself, the Republicans will get a pendulum swing back in their direction. They could regain control of the House in 2022.

We already saw that pendulum effect in the presidential election. Biden won but millions of Americans elected Republicans down ballot as a way to put a check on progressive change. This resistance to progressive change is going to continue in our country until the next generation and changing demographics topple the voting power of older white Americans afraid of the inevitable browning of America. As multicultural change happens over time, America will have the opportunity to be less racist. I sure hope we succeed at that.

Meanwhile, two years is NOT a long time to get a lot done. And Biden’s team seems to understand that. Biden is already asking for judicial picks and is already planning to overturn many of Trump’s executive orders on day one. That is the right attitude and approach.

And he can do more.

Biden should use the executive power of the president to the fullest extent he can ASAP. He should not waste time trying to get legislation passed if he can move forward quickly by enacting Executive Orders. Trump was a terrible president, but he did figure some things out that Biden should utilize. Trump flooded the zone with so many changes, the media and Americans could not keep up. Biden should do that too. Flood the zone. And keep flooding it.

Some people might argue that Biden should not act as Trump did. He should at least try to work with Congress before relying on EOs. Much will depend on which party leads in the Senate and whether Democrats can stick together the way Republicans did when Trump was president. But if Mitch is Senate leader then all bets are off. Biden should take a page from Trump’s playbook and accomplish as much good as he can as fast as he can. Maybe some looney tunes Republicans in red states will see that when Democrats are in power their lives actually get better and that something called socialism is not a dirty word after all. Rich guys like Jeff Bezos get to benefit from legislative policies that protect their interests all the time so why shouldn’t average Americans?

Brace yourself for the big nasty Trumpian final episode of his failed TV show that was cancelled by the American people. There will be lunatics marching around in Washington DC with their MAGA hats, waving their Trump banners and guns. There will be lunatics in Congress pretending they still think Trump could win an election Trump lost on November 3rd. Trump could be trying to engage the military as he did before with the Black Lives Matter protesters. Or trying to start a war with Iran to mess with Joe Biden’s hopes of getting Iran to agree to rejoin the nuclear arms treaty.

My advice, dear reader, is to take a long walk while all of this insanity is going on. Definitely stay away from Washington, DC. Turn off your news feeds. Step away from your TV set. It’s gonna be ugly. Just remember…this too shall pass.