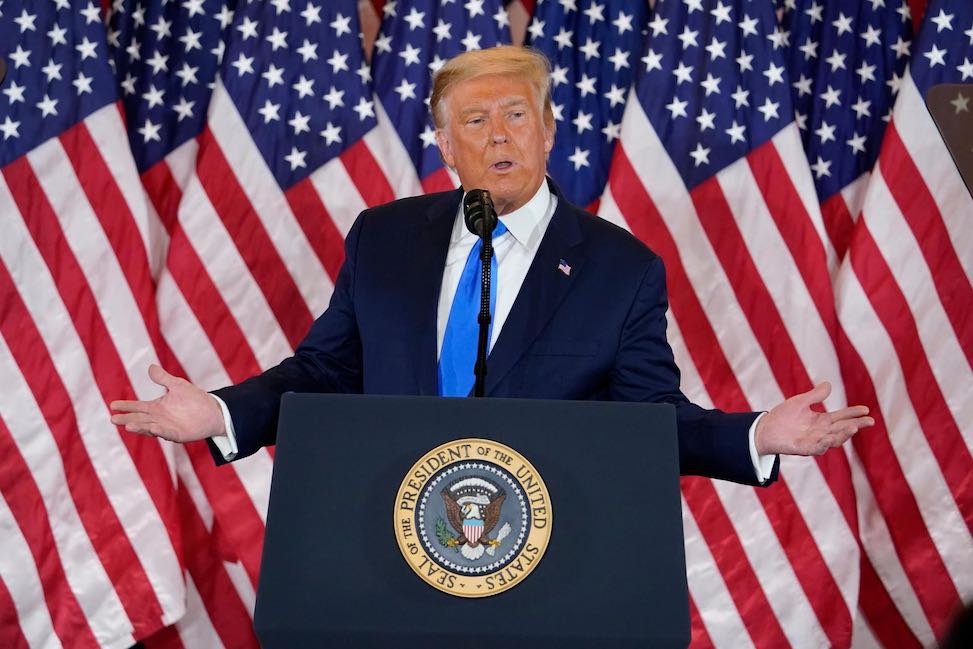 In an interview Thursday on “The Joe Pags Show,” a conservative news radio show, [Ron]Johnson [Wisconsin Representative] said he “never felt threatened” by the pro-Trump mob that stormed the Capitol on Jan. 6 hoping to overturn the results of the election.

The siege left five people dead, including a police officer; two other officers who were on duty that day later died by suicide. More than 100 officers were injured and at least 40 rioters [65 so far] have been charged with assaulting law enforcement officers, who were shown being harassed, beaten and sprayed with gas substances by members of the mob.

Johnson also added that if Trump had won the presidency and the group storming the Capitol had been Black Lives Matters protesters instead, he would have been afraid.

What the heck is going on with this guy?

First, he is disconnected from reality if he thinks he was not in danger on January 6th. The Proud Boys, Oath Keepers, 3 Percenters and white supremacist militia groups who led the insurrection were indiscriminate in their hatred of lawmakers from both sides of the aisle (the exception might turn out to be Representatives like Marjorie Taylor Greene who may have been a co-conspirators). After all, they erected a gallows for Republican Mike Pence and were hunting him down. They weren’t planning to invite him to have a fresh pot of tea with them.

Second, Johnson is aligning himself with the Trump mob. He is not castigating them or calling them out for what they did. As Trump did when white supremacists marched in Charlottesville, Johnson is defending the actions of Trump supporters and characterizing them as peaceful, law abiding folks.

Since when do law abiding folks assault police officers and enter a government building that is being barred from entry by the Capitol Police?  Since when do law abiding folks arm themselves with bear spray, tasers, zip ties, clubs and other weapons used to assault and/or subdue victims? Who wears tactical gear in preparation for a peaceful stroll through our nation’s Capitol? And even if there were Trump supporters who did not show up at the rally before the attack with the intention of storming the Capitol, once they got to the Capitol they were witnessing a violent attack by the group they came to the dance with. These people had a choice to make- should they leave or should they join the attack? If they did not leave, and then entered the Capitol by force, they were part of the mob and they are just as guilty of the violence that occurred that day.

So what is Ron Johnson up to?

He is up to what most other Republicans in the House and Senate are up to these days. They are continuing their love affair with Trump’s base.  In order to do that, they have to buy into the Big Lie and the Alternate Facts Universe that was established by Trump and conservative media, most notably, Fox News hosts including Tucker Carlson, Sean Hannity and many others. They have to be card carrying members of the lying, cheating haters that have become the Republican Party.

Who Makes Up the Trump Base?

The answer is clear from a panel study survey of members in the MAGA movement:  https://sites.uw.edu/magastudy/

This study gives us a clear look at the composition of the base of the current Republican Party:

The MAGA movement, often viewed as a divisive force in American politics, includes roughly half of Republican primary voters. Its adherents are Trump’s most committed supporters. Fear of electoral reprisal from the MAGA “base” helps explain why so few Republicans dare cross Trump, even after the Capitol insurrection on Jan. 6.

Our panel study examines the characteristics of MAGA supporters, their beliefs, and what motivates them. We find that at least half of MAGA supporters tend to be White, Christian, male, over 65 years of age, retired, and earn at least $50,000 a year. Further, roughly one-third have at least a college degree. Our data suggests their commitment to Trump is unshakable, motivated by the perception of a threat to their status as the culturally dominant group. (Washington Post)

It has become clear that even without Trump to tweet them into submission, they are carrying on like Trump mini-mes.

Do Republicans HAVE to lie, cheat and hate?

The short answer is yes, if they want to win they do. The problem for Republicans is that they belong to a political party with a radicalized base of haters that doesn’t represent the majority any more and is shrinking in size. This is especially true that sane thinking Independent voters are sizing up what the GOP stands for given that not one Republican voted for the wildly popular Pandemic Relief Bill. Staying in power has become harder for the GOP unless they resort to lying, cheating and hating.

Hate is the motivator that energizes this base and is the gateway drug to participation in internet groups that plan acts of insurrection. If the GOP cannot stay in power and win elections fair and square, they are willing to cheat. They will try to suppress the vote of people of color by passing legislation making it harder to vote (which is what Republican legislatures are doing in over 43 states across the country and around 250 bills so far). And disinformation (lying/ the alternate universe) is the way they deny and remake reality to support their efforts to stay in power. If you choose to believe in their pretend world, you are not the villain, you are the aggrieved victim who deserves better in a world of people who hate you and want to cancel your culture.

The US is inexorably moving towards becoming a multi-cultural, multi-racial country. The Republicans had a crossroads decision to make about which voters to appeal to.  They could have opened up the base of the party to be more inclusive, or double down on the base they already had and work to grow it larger:  white, low education, mostly older blue collar men. The die was cast with Trump. He appealed to the base that Fox and conservative media appealed to also.

When Trump won the presidency he enacted the wish list of both the ultra-wealthy ultra-conservatives and Trump, gave the base of the Republican Party what they wanted with a big wall at the southern border, the freedom to own the libs, freedom to have their guns, deny the pandemic, not wear masks if they didn’t want to, and be racist to their hearts content.  Trump’s rhetoric has predictably empowered the fringes: white supremacists, domestic terrorists, extremists, and dark-money ultra-conservatives. This development was totally predictable because these are the people who align with what Trump stands for and what the Fox base wants in an endless feedback loop that makes up the right wing echo chamber.

What will happen? We are in for more acts of domestic terrorism because of these forces at work in our country. The ODNI is predicting more domestic terrorist acts this year. https://www.cnn.com/2021/03/17/politics/read-odni-joint-assessment-domestic-extremism-threat/index.html

How is the Right Wing Echo Chamber Feeding the Beast?

The right wing echo chamber has developed an overlay of violent extremist rhetoric. The far right has become mainstream conservative thinking. We saw the threat coming with Charlottesville. Malcolm Nance has called that event the “coming out party of the alt-right”. Over the years of Trump’s presidency, violent extremists grew to be Donald Trump’s paramilitary arm leading up to the insurrection at the Capitol where his domestic terrorist followers led the charge hunting for lawmakers to attack.

Social media has added to the problem. Extremism and hateful rhetoric is extensive on Facebook, YouTube and other social media platforms. Now that Twitter has banned Trump, disinformation on social media is generally down about 70%. Trump had a huge megaphone that amplified conspiracy theories and disinformation.

Disinformation is still rampant, however, and weaponized by the right. One of the reasons that Florida’s high density Latino areas voted in large numbers for Trump even though those same districts had voted for Hillary Clinton in 2016 (a shift of 109,000 votes), was an aggressive disinformation campaign by the right claiming Biden was a socialist (no, he is an institutionalist and centrist) who would ruin our country and turn it into Cuba or Venezuela. It was effective in those specific Latinx communities. Two Democratic Representatives also lost their seats in Florida in these densely Hispanic districts.  In Florida and Arizona the Hispanic community got misinformation from Facebook (59%), YouTube (55%), Instagram (34%), Twitter (27%), and Tik Tok (14%). Talk radio is a potent source of bad information as well. Sean Hannity has 15 million viewers on You Tube which is 5 times as many as on Fox News. Disinformation works to create mistrust of government. Currently, there is a campaign in these same Hispanic communities to create mistrust about the vaccine. General mistrust of government is the goal. The Republicans are trying to paint Biden as a bad guy any way they can and they do not care about being honest or truthful about their characterizations.

What Can be Done?

There are steps that people can take to help to defeat the mis and dis information that is damaging our country,