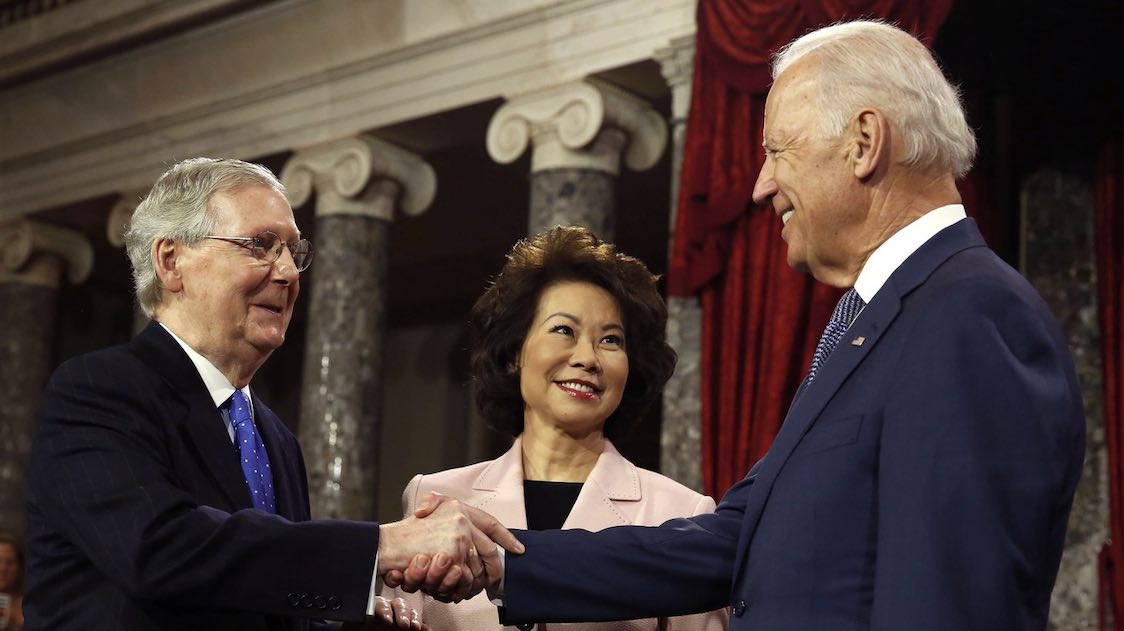 WASHINGTON – Democrats have unified control of Congress and the White House for the first time in a decade, an opportunity the party wants to use to enact an ambitious agenda of stronger labor laws, expanded health care and sweeping packages on infrastructure, climate change and voting rights.

Yet the fate of that agenda — and any legislation passed in Congress — hinges on a rule of the Senate that requires 60 votes to end debate before a simple majority can pass any bill.

The filibuster, once an obscure procedure, has been increasingly used to stall priorities of the majority coalition, most notably on issues relating to race and civil rights. When senators have been at their most intransigent, majority parties have created filibuster exceptions for key areas of legislating, including for executive and judicial appointments. (USA Today)

With the Dems currently but just barely in power in the House and Senate, there is an urgent need to pass legislation that Biden promised Americans during the campaign and that resulted in Americans of color rising up to vote in record numbers to secure his win. How will this administration fulfill those promises if they are checkmated by Mitch McConnell in the Senate using the filibuster rule requiring 60 votes to pass almost anything?

There are some exceptions to the filibuster that allow for the passage of some legislation. But the filibuster is one of the big reasons Americans don’t have faith in our government. The filibuster creates gridlock.

Meanwhile, if Republicans want to block any of President-elect Joe Biden’s nominees to any court or to any executive branch position, they will only need to convince one Democrat to oppose that person and the nomination will fail.

This way of governing does not reflect the fact that Democrats represent nearly 42 million more people than Republicans do in the Senate. But due to Senate malapportionment, it’s what we’ll end up with anyway.

To alter the filibuster rule, the Senate only needs to muster 51 votes! a simple majority requiring all 50 Democrats in the Senate to be on board and Kamala Harris to add her vote. There are just two little problems: Joe Manchin, and Kyrsten Sinema. They are both Democrats, but they have vowed NOT to eliminate the filibuster. They seem to have given Mitch their word on it.

No. There are moves on this chessboard that could still be made without eliminating the filibuster. We already have carve outs for judicial and executive appointments and for “reconciliation”. That was the way the pandemic relief bill just got passed. Exceptions to the filibuster rule have been fashioned in the past by the party in power when it is blocked by the minority party on some issue of intense and critical importance that has widespread popular public support.

We are in that moment today once again.

The issue of intense importance is the right to vote.

Why the Right to Vote is Hanging by a Thread

After the 2020 election Trump tried every trick in the book to stay in power. Trump used a pressure campaign to try to force states with narrow victories for Biden to cheat on his behalf. Trump will likely face prosecution in Georgia for trying to wheedle, threaten and cheat his way to a win in that state that he did not earn. Trump’s phone call to the Georgia Secretary of State, Brad Raffensberger, was part of that pressure campaign. The call was taped by the Secretary of State and exposed to the public. Everyone heard Trump urging Brad to “find” him the votes he needed to squeak by with a win over Joe Biden.  Trump wanted him to manufacture the votes. Raffensberger refused to do that and exposed Trump instead.

Trump lost Georgia and Arizona as well as other purple states because even though his reelection team found a lot of new white low education men in those states. (When Trump had rallies in those states his campaign team did a great job of getting contact information from attendees which they used to get these voters to the polls in 2020). These new voters came to the polls to keep Trump in power out of fear of a rising tide of black and brown folks. However, there were even more black and brown folks who were terrified of Trump who rose up to vote him out.

What did Republican legislatures in red and purple states learn from this?  That they had not done a good enough job at suppressing the vote of black and brown people.

Nationwide, (43) states are debating more than 250 voting restriction bills that all pursue the same fundamental strategy: giving one party an advantage in elections by making it harder for communities of color to cast their ballots. And they have made no bones about their intent. Take it from Senator Lindsey Graham, who declared that he was going to investigate mail-in voting because “if we don’t do something about voting by mail, we’re going to lose the ability to elect a Republican in this country.” (USA Today)

They claim they had to do it because of a need for “voter integrity” initiatives. They are doubling down on the Big Lie that Trump won in a landslide and there must have been some kind of nefarious cheating going on in these formerly red, now purple states, for Biden to have clinched a win.

Not so. Trump lost every single one of his challenges in every court including the Supreme Court because his lawyers could not produce evidence of fraud. They could not produce it because it did not exist. The cases were dismissed for lack of evidence.  This was a clean election. This was a fair election. Trump resoundingly lost the election. Republicans are pledging allegiance to the Big Lie to justify new voter suppression laws being generated by Republican legislatures. The need for “voter integrity” laws is their figleaf. In short, Republicans will suppress the vote if they can to stay in power.

What can Democrats do to stop this unfairness? On the state level, if there is a Democrat in the governor’s mansion, like Gretchen Whitmer in Michigan, Tony Evers in Wisconsin, and Tom Wolf in Pennsylvania, they will kill these bills. But if there is a Republican governor in a purple state with a Republican legislature such as Brian Kemp in Georgia, Doug Ducey in Arizona, or Greg Abbott in Texas, these laws will most likely be adopted. States that are shifting red to blue are the targets.

The Democrats’ answer to this problem was to first craft a terrific piece of legislation to knock down all of these voter suppression laws in red states and do even more to protect free and fair elections, using bowling analogy this bill would be a perfect strike. The bill is HB 1, the “For the People Act”.  As we know, with the current filibuster rule in place, the Dems would need to get 10 Republican votes on board to add to 50 Democratic votes to pass this bill. That ain’t never gonna happen because the bill would prevent the very thing the Republicans are trying to do, namely, suppress the vote. HB 1 will be filibustered by the Republicans in the Senate. Everyone can see this coming. That’s why the heat is on to change the filibuster rule.

The filibuster has been reformed in the past. It is NOT part of the constitution.  In fact it was created by chance by Aaron Burr, of all crazy things!

The filibuster as a legislative tool was accidentally created in 1806,when the Senate, at the urging of Vice President Aaron Burr a year before, eliminated the “previous question” motion, a rarely used rule that allowed the Senate to vote to move on from an issue being debated. That unexpectedly opened the door for senators to continue debate on a topic indefinitely – the filibuster.

There are many ideas about how to modify the filibuster. Here are some from Ian Millhiser, senior fellow at the Center for American Progress:

There are many more clever ways to modify the filibuster. None of these modifications would eliminate the filibuster. That means centrists Manchin and Sinema could agree to weaken the filibuster without totally eliminating the rule.

Joe Manchin and Joe Biden have talked about the idea of reinstating the “talking ” filibuster which reminds everyone of Jimmy Stewart in Mr Smith Goes to Washington. But the old version of the talking filibuster is not the answer to this problem.  The problem is that even once a talking filibuster is over you still need 60 votes. Read this article to go deeper: https://www.cnn.com/2021/03/17/politics/filibuster-joe-biden-senate-60-votes/index.html

The best way to modify the filibuster rule needs to be gamed out by the Dems because there are many more pieces of legislation the Biden administration wants to enact: infrastructure, climate change legislation, a $15 an hour  minimum wage and much more.

To get traction on filibuster modification, the Dems will first prove to Americans that the Senate Republicans will obstruct critical legislation like the For the People Act. The Dems will introduce bills that Americans want. Then the Republicans will invoke the filibuster over and over again.  That will create pressure on Manchin and Sinema to join with the other Dems in the Senate to weaken the filibuster. The For the People Act needs a modification of the filibuster to pass. If it does pass it will preserve our democracy. If it doesn’t pass, many commentators have said our democracy will be on life support.

We the People will have a job to do. We need to help to put pressure on these two Senators by writing and calling our own Senators. They will point to the letters we send and the calls we make to argue that the American people are demanding the filibuster be altered. If you know anyone in Arizona or West Virginia who could apply pressure to the two key Senators- Sinema and Manchin, please try to enlist their help. These Senators care about what their constituents want. Stay tuned. This filibuster showdown is coming. And we will have a part to play. 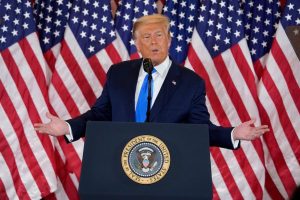 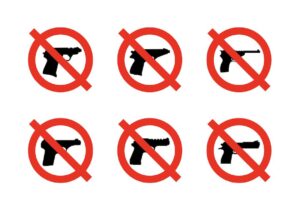