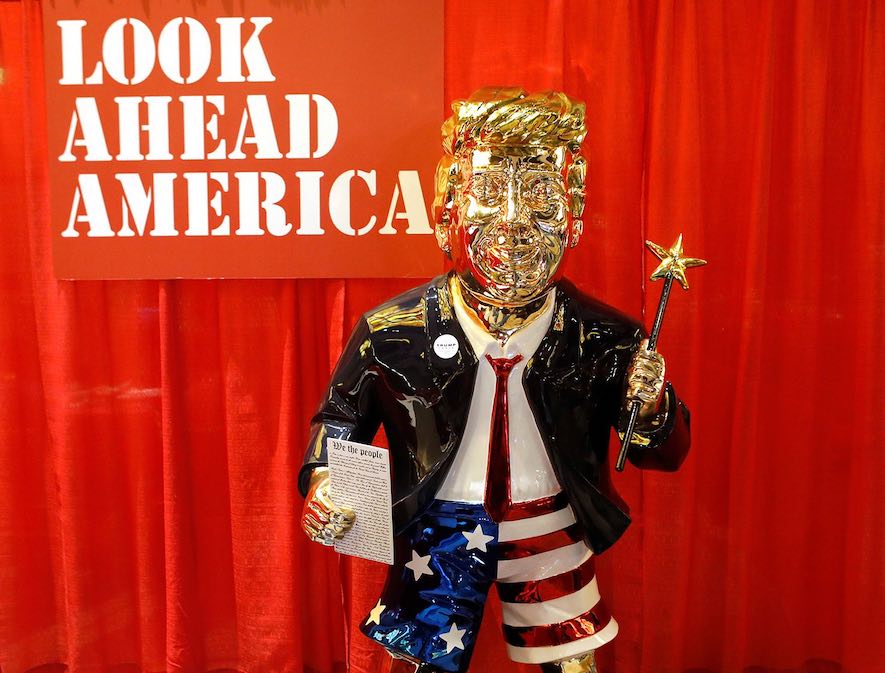 Remember the story of Moses and the golden calf from your Sunday school bible class?  After freeing the slaves from Pharaoh’s grip, Moses led His People to the foot of Mount Sinai where they camped out and Moses left them alone to trudge up to the top of the mountain to receive the Ten Commandments from God. While he was away, the former slaves got fearful and listened to bad advice from people in their midst who said they should create a golden calf to worship and forget about this “One God” stuff. They fell back into their old ways of worshiping pagan idols. The calf was fashioned from gold and the people prayed to it and danced around celebrating it. When Moses got back down from on high and saw what was up he was totally infuriated. He thought they ought to know better than to idolize a fake god. Moses gave the 10 Commandments to His People but in anger he smashed them at the foot of the mountain. But I think they also got punished for worshipping a golden calf. As I recall the punishment was 40 years of wandering around in the desert before they could set foot in the promised land.  “In Hebrew, the incident is known as ḥēṭ’ ha‘ēggel or the Sin of the Calf. It is first mentioned in Exodus 32:4. Bull worship was common in many cultures.” (Wikipedia)*

History repeated itself at the 2021 Conservative Political Action Conference which began on Friday in Orlando, Florida. A golden statue of Donald Trump was wheeled in on a gurney to be displayed at the CPAC conference. No, I am not even  kidding.  At CPAC Republicans are worshipping a false god only this time it’s not bull worship it’s bullshit worship. And Trump is proving to be his usual grifter self.  He is making money hand over fist off of his smitten followers who are giving him sacrifices in the form of small dollar donations. He will need those dollars to pay a fleet of lawyers to handle the lawsuits coming for him now that he can’t hide behind the presidency. Looks like the Republican Party is setting itself up for 40 years of aimless wandering in the desert.

The House has written a Rescue Bill that provides $1400 to Americans in need, money to get vaccines into people’s arms, money for states and local government, a hiatus on evictions, and funds for schools to reopen safely. This bill is wildly popular with Americans. It has a 76% approval rating and 60% of Republicans also approve. Despite that, Republican lawmakers in the House and Senate almost universally oppose it.

The American Rescue Plan was passed in the House late Friday night in a mostly party line vote. A $15.00 minimum wage provision, which is also super popular with Americans across the country, including Republicans, was still part of the bill as of last night. But not for long. The Senate Parliamentarian has ruled that that minimum wage idea will not pass muster in a “reconciliation” bill, which is the only kind of bill that can pass with a simple majority because it directly affects the economy. (How could it be that a $15/hr minimum wage doesn’t affect the economy?) The Senate is going to remove the $15 an hour provision, make other changes and then send it back to the House for a final vote. It should pass. But without the minimum wage hike that could lift millions of Americans out of poverty.

Our country used to have a system that allowed passage of a bill from the House into law by the Senate with a simple majority vote in the Senate. That was changed over time.

Senators have two options when they seek to vote on a measure or motion. Most often, the majority leader (or another senator) seeks “unanimous consent,” asking if any of the 100 senators objects to ending debate and moving to a vote. If no objection is heard, the Senate proceeds to a vote. If the majority leader can’t secure the consent of all 100 senators, the leader (or another senator) typically files a cloture motion, which then requires 60 votes to adopt. If fewer than 60 senators—a supermajority of the chamber—support cloture, that’s when we often say that a measure has been filibustered. (Brookings.edu)

These days passage of most bills requires a “super majority” or 60% for passage. This is true for almost everything except judicial nominations and bills that are passed by a reconciliation process which is only allowed once a year. This (and Mitch McConnell’s former stranglehold as Senate leader refusing to call for votes on 400 pieces of legislation sent over by the House) are the big reasons there is close to perpetual gridlock in Congress. Legislation is too hard to implement these days especially with a tribal Republican Party hell bent on opposing everything the Dems want to do.

If Biden doesn’t get rid of the filibuster, he will not be able to get anything Built Back Better. His Franklin Rooseveltian-style ideas will not be implemented into law to help the American people. Let’s face it, the Republicans will never allow infrastructure to happen. The $15 minimum wage will not be implemented. Climate change legislation won’t happen. And almost anything else Biden hopes to accomplish will be next to impossible.

The Goal of Mitch and the GOP

Because gridlock is the goal of Mitch McConnell and the Republicans. They have vowed to obstruct Biden the same way they obstructed Obama, which they think will help them make the case that the Democrats can’t get stuff done and should be voted out of office, paving the way for Republicans to regain power in 2022 and 2024.

This obstructionism will put more pressure on the narrowly Democratic led Congress to get rid of the “filibuster”. The “filibuster” is the way the out of power party puts the skids on the passage of legislation they don’t like.  It’s also the reason so many Americans think that Congress doesn’t work and are furious and enraged with ALL DC politicians. Note to Republicans: when the rioters attacked the Capitol they were out to kill or maim every legislator regardless of party affiliation. Hate for ALL lawmakers may even be behind the right wing groups that are reportedly plotting a “Designated Survivor” type attack to blow up Congress at the time of the State of the Union message.

Biden saw what happened to Obama.  He and his administration are not going to let Mitch win in this game of chicken if they can help it. Biden has redefined what is meant by the word “bipartisanship”. Instead of measuring bipartisanship by what the Republicans in Congress are willing to agree to support, Biden is taking his case directly to the American people. He is defining bipartisanship based on what the American people say they want– and that includes Republicans.

Biden’s approach is interesting. He is bypassing Mitch and Trump’s minions. He is essentially ignoring them. They can all go to Orlando and dance around their golden calf. Since they are not engaged in the real work of legislation and compromise, they are essentially irrelevant. Biden will directly speak and appeal to Americans and give Americans what they want and need. He can tell that by the polling. His plan is to demonstrate that he can deliver good government.

As part of that plan, however, Biden and the Dems will probably need to blow up the filibuster. Biden only has two years to prove that government works. If he cannot pass legislation to help Americans in the next two years, Mitch and Donald and their crazies could win back the House and possibly the Senate in 2022.

Take a look at this article to read more about how the filibuster could be removed using the nuclear option or could be altered to be less of an obstruction to the passage of legislation. https://www.brookings.edu/policy2020/votervital/what-is-the-senate-filibuster-and-what-would-it-take-to-eliminate-it/

Watching what is going on in Orlando; knowing that Trump and the Republicans will never give up their Big Lie; and knowing that Trump was behind the attack on our Capitol and our democracy on January 6th and would do it again; there is no way that we can let the Party of Trump anywhere near the levers of national power ever again. They need to be punished by wandering around in the desert for 40 years…or, come to think of it,…maybe a whole lot longer.

*[By-the-way for anyone who is a biblical scholar out there I don’t mean to make you upset about this rendition of the story I am probably remembering inaccurately from my bible class. There are also differing versions in the Quoran and the Bible when it comes to Moses and the golden calf. I am not a biblical scholar. I went to bible class for a year when I was 9. I am not saying what I remember from my 3rd grade teacher was accurate but it does make for a good comparison to the cult of Trump going on at CPAC.] 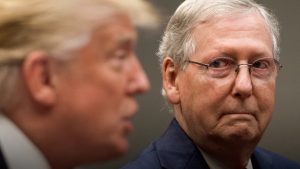 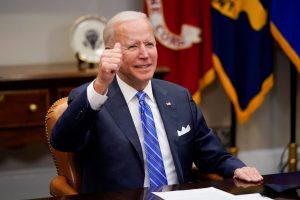 Next post Biden Spikes the Ball in the End Zone