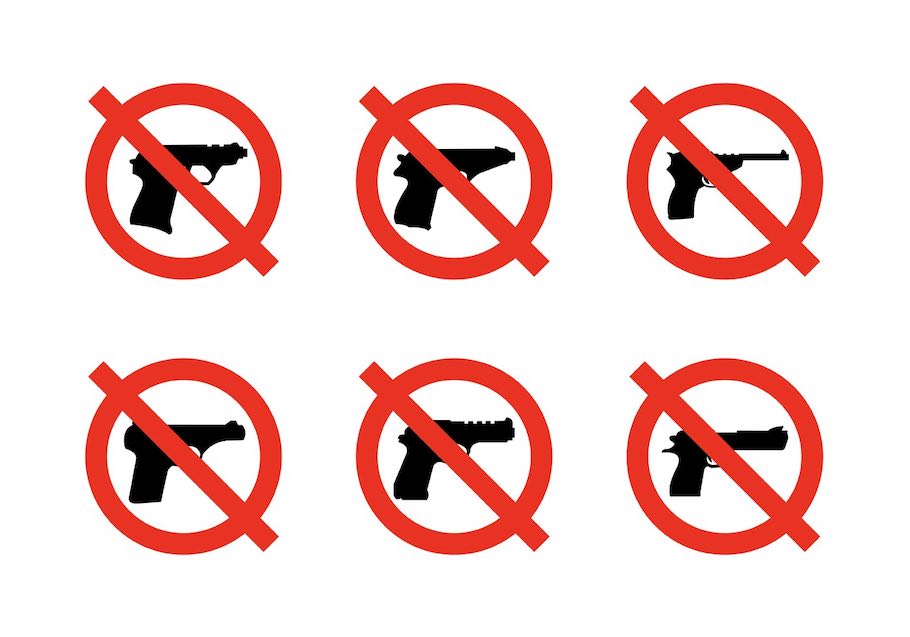 Those mass shooting incidents were not the only ones. They were the high profile shootings. We have had 7 mass shootings in 7 days.

The shooter in Boulder bought himself an AR-15 style weapon and six days later shot people at random at the King Soopers store. No known motive yet, although we learned he had been bullied by classmates in his high school because of his faith and his last name, based on an interview with two of his friends from high school. As the pandemic lifts and people get out into shopping malls and go about their business, it seems the plague of mass shootings in America is returning as well.

American civilians own 393 million guns. Americans are 4.4 percent of the global population but we own 42% of the world’s guns. Only Yemen has a higher rate of mass shootings, and Yemen is in the middle of a war and a famine brought on by that war. Yemen also has a high rate of gun ownership as well.  Our gun homicide rate is 33 per million people which far exceeds other first world countries. In America a New Yorker is just as likely to be robbed as a Londoner but the New Yorker is 54 times more likely to be killed in the process. When you look at the data, Americans are not more prone to crime but when we have crime in this country it is more lethal. (NYT article from 2017: Why Does the U.S. Have So Many Mass Shootings? Research Is Clear: Guns.)

The reason we have more mass murder is that more people have access to guns. Full stop. Based on the data, we do not have more crazy people or more people playing violent video games or even more people who are prone to violence compared to other countries. But when people get upset in America, they can easily get access to lethal weapons and express their rage by going on a killing spree. It is easier for some people to buy a gun than it is to vote in our country.

The Second Amendment has been interpreted to mean everyone and anyone can have a gun. In countries without a Second Amendment, it is easier to pass laws that limit and control gun purchase and ownership as in Australian and Great Britain.

We Know the Solution

What is the solution?  We know the solution. Sensible gun control, obviously. But try telling that to most Senate Republicans and a handful of Democratic Senators living in reddish states. Dems like Joe Manchin (D) of West Virginia are balking at the idea of expanding background checks even though 65% of Americans say they want more strict gun laws. The thinking is that Manchin will agree to a few modifications to the legislation passed by the House and eventually join the Democrats to vote for some level of reasonable gun control. The Senate Republicans are another matter.

Ted Cruz, speaking for most Republican Senators, claimed that proposed gun laws would not stop murder and was “ridiculous theater.” That is the typical response we hear from Republicans whenever there is a mass shooting event. Even when school children were killed by a gunman at Sandy Hook Elementary our Senate did nothing to curb the over abundance and easy access to weapons in this country.

What the Supreme Court Has Ruled

Most Republicans will say that reasonable gun laws mean that guns will be taken away from law abiding citizens. They gin up fear by saying the Dems are coming for all your guns. THAT is the ACTUAL “ridiculous theater”. Why? Because the Supreme Court in Heller definitively ruled that Americans can keep and bear arms to protect themselves. Americans have a right to their guns. Heller also said there can be limits on that right within reason.

Like most rights, the Second Amendment right is not unlimited. It is not a right to keep and carry any weapon whatsoever in any manner whatsoever and for whatever purpose: For example, concealed weapons prohibitions have been upheld under the Amendment or state analogues. The Court’s opinion should not be taken to cast doubt on longstanding prohibitions on the possession of firearms by felons and the mentally ill, or laws forbidding the carrying of firearms in sensitive places such as schools and government buildings, or laws imposing conditions and qualifications on the commercial sale of arms.

[T]he sorts of weapons [that are] protected are those “in common use at the time” finds support in the historical tradition of prohibiting the carrying of dangerous and unusual weapons. (Law.Cornell.edu)

Do you have a Second Amendment right to purchase and carry a bomb around with you?  Of course not. Dangerous and unusual weapons can be prohibited.  And add on equipment that makes a gun capable of rapid firing and therefore more lethal should be prohibited too. The city of Boulder did try to prohibit precisely the type of weapon used by the shooter in this mass murder event, but a lower court judge recently undid that protection. I doubt that judge is sleeping well.

The city of Boulder, Colo., barred assault weapons in 2018 as a way to prevent mass shootings like the one that killed 17 at a high school in Parkland., Fla., earlier that year. But 10 days after that ban was blocked in court this month, [this] gunman opened fire…the suspect had purchased a Ruger AR-556 pistol on March 16, according to the arrest affidavit.(Washington Post)

This is why we need a national law rather than piecemeal state and local laws governing Second Amendment issues.

Heller tells us that even if we someday had a bunch of Senators with enough courage to pass common sense gun laws, no one would be “coming for your guns”.  People who fail a background check or threaten an ex-wife or girlfriend or present a risk in some other way are the ones who should be prevented from access to lethal weaponry. Lethal weapons intended for use in war to rapidly kill large numbers of people do not belong on the streets of our country.

And why isn’t that fair? Don’t people also have a right to life in this country? Why does someone’s “liberty” right to a gun outweigh the right to life of other Americans? Where is the fairness for those victims whose lives were cut short?

Biden is weighing in on this issue. He spoke about it during his campaign for president, and the recent shootings caused him to speak out again.

[Biden]called on the Senate to approve two bills passed by the House of Representatives on March 11 that would broaden background checks on gun buyers. He also wants to “ban assault weapons and high-capacity magazines,”

“I don’t need to wait another minute – let alone an hour – to take common-sense steps that will save the lives in the future, and I urge my colleagues in the House and Senate to act,” Biden said at the White House on Tuesday.

Spokeswoman Jen Psaki told reporters Biden is “considering a range” of executive actions to try to stop gun violence. Such actions do not require the approval of Congress. (Reuters)

Biden might use executive orders to do what he can to support gun control, but executive orders are limited and can be overturned by the next administration. Legislation passed by Congress has a more long-lasting impact. Is there any chance this time for the passage of sensible gun control in the Senate? No. Not yet. Not with the filibuster in place. There is no way to get 10 Republicans to join 50 Democrats on this one. The Republicans are still in bed with the NRA even though the NRA is bankrupt and is under scrutiny by the New York Attorney General for corrupt practices.

Axios reported on a recent meeting Biden had with historians in the East Room of the White House. Biden met with them to talk about his hopes about being a transformational president on the order of FDR. The historians were all in on that notion. They encouraged Biden to think big and go bigger. This is a moment in time that may not be replicated in the future. Biden has a party that is willing to work with him and activists who are eager to go big. With the passage of the American Rescue Act, the economy is predicted to grow at a healthy rate (around 6%), which will give Biden room to do even more because the American people who like him now will like him even more as the economy rebounds. Biden wants to get an infrastructure bill passed; he wants rural broadband, a child tax credit that will be permanent, legislation on climate, voting rights, and, yes, gun control. Most Americans want all of this too.

Perhaps the most important news from that meeting was about the way Biden views the filibuster. The filibuster will be used by Mitch McConnell as a way to prevent the passage of any legislation that could boost Biden’s favorability and affect his chance to win a second term. McConnell has already made it clear that he wants his caucus to unite in opposition against anything Biden wants to do. The goal is to create even more cynicism in the voting public.  If the GOP can paint the Dems as ineffective, maybe they can win back the House, the Senate and the White House.

Biden knows this and, more important, based on the news from the meeting in the East Room and his first press conference, Biden seems to be moving towards carving out exceptions or doing away with the filibuster rule to get transformational legislation passed that Americans want. To accomplish this, Biden will look past Republicans on Capitol Hill and align his goals with the goals of the American people to provide them what they want and need.

Americans have been angry with Congress about the endless gridlock in Washington. Biden will try to show how good government can move forward without becoming authoritarian, without electing a Trumpian leader. To prove that the filibuster must be altered, there will be showdowns in the Senate that will illustrate to Americans that the Republicans will use the filibuster to keep Americans from getting what they want and need. That will create pressure on legislators like Joe Manchin to agree to alter the filibuster. Once the filibuster is altered, reasonable gun control could finally happen nationally. If and when the filibuster rule is defanged, the sky’s the limit and the change Americans want will happen with Biden as president. 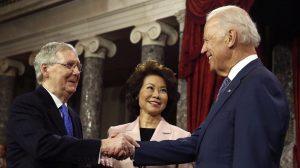 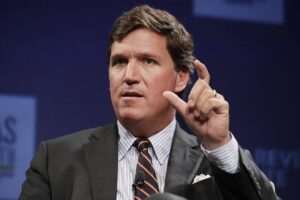 Next post Will Lawsuits Get Fox to Tell the Truth?