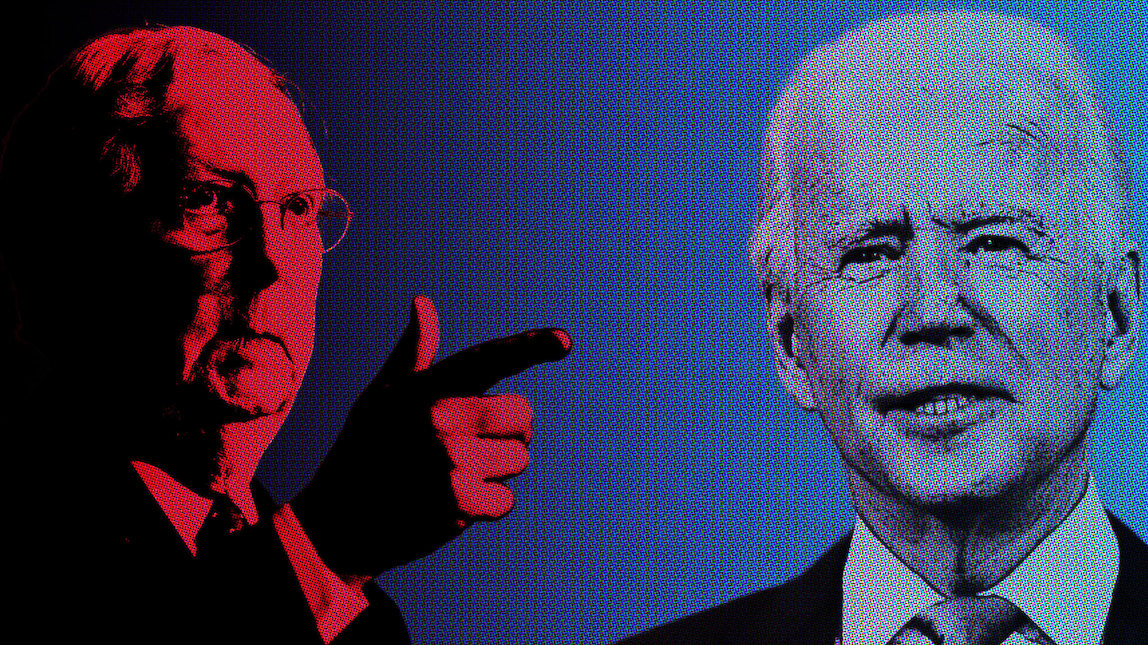 As Biden said on Memorial Day our democracy is “in peril”. The GOP has become an anti-democratic party. Across America Republican state legislatures are passing laws to make it extremely hard for Americans of color, young people and people living in cities to be able to vote and to have their vote count.  Legislation is also being passed in these states that would allow Republican state legislatures to choose the winner of an election if the voters don’t elect Republicans. When we talk about the filibuster these days we are talking about a powerful weapon that is being intentionally used by Republicans in the Senate to kill Biden’s agenda and damage the country. Actions in state legislatures and actions in the Senate are also being deployed by Republicans as part of their larger playbook to dismantle democracy. The filibuster is one of the most powerful weapons being used by Mitch McConnell to do this. It’s important to understand the filibuster.

WHAT IS THE FILIBUSTER

The House and the Senate have different rules for passing legislation.

Originally the Senate passed legislation with a simple majority vote too.

Even now the Senate rules only require a simple majority to pass a bill, but before a bill gets to that point, there are several procedural steps that can force a supermajority of 60 votes to end debate.  It’s the ending debate part that gets very thorny.

Cutting off debate is called Cloture.

How does a bill come for a vote in the Senate?

The majority leader (currently Chuck Schumer) or other Senators can ask if there is “unanimous consent”. Do any of the 100 senators object to ending debate and moving to vote? If there is no objection, the Senate simply votes. But if even one senator objects, a cloture motion gets filed. Once that happens the 60 vote requirement snaps into place. If fewer than 60 members want to end debate, then the measure is said to be FILIBUSTERED.

There are exceptions to the cloture rule. The two big ones are 1) executive branch appointments and federal judgeships and 2) spending and revenue provisions- known as budget reconciliation bills.  These can be passed with simple majority votes.

HOW DID THE RULES EVOLVE FROM THE ORIGINAL VERSION OF THE SENATE TO TODAY’S VERSION?

The use of the cloture rule for the Senate to end debate, was not part of the founders’ vision for our country. Far from it.

The Founders were worried about the tyranny of the minority. It was something the Founders really understood and really wanted to avoid.

These days you will hear some politicians use an old adage, falsely attributed to George Washington, that the House is a place of heated debate like a cup of hot tea, and the Senate supposedly is the saucer where the spilled tea gets cooled. People refer to this idea when they are trying to keep the filibuster in place as if it’s part of an untouchable tradition in our country. Instead, the original tradition was that the Senate passed bills by simple majority just like the House.

How did the rules in the Senate get changed? Read Kill Switch by Adam Jentleson to learn more but here is a short version.

In 1806 the Senate rules were altered by Vice President Aaron Burr based on a simple housekeeping suggestion he made. Burr thought the Senate had too many unnecessary rules. He suggested getting rid of the “previous question motion”. That motion gave a simple majority in the Senate the power to force a vote on the underlying question being debated. At the time there were other ways for the Senate to force a vote so this “previous question rule” was hardly ever used. Turns out by eliminating this motion the Senate set itself up for the huge problem we have today with the filibuster.

At first there was no big problem but before and after the Civil War the talking filibuster got used more often to obstruct especially civil rights legislation which makes sense because when there is less cooperation between political parties, the minority will employ whatever tools they can use to obstruct the will of the majority which is what the filibuster does so well.

But small changes were made to the rule over time.

In 1917 the Senate majority wanted to arm US merchant ships as WWI was ramping up. To get the bill passed the Senate adopted the first version of its “cloture rule”- it allowed 2/3 of all senators present and voting to end debate (or 67 senators).

And in 1979 and 1986 the Senate limited debate once the Senate had imposed cloture.

These days it is very easy to invoke the filibuster. A Senator can literally phone in an objection to unanimous passage.

Given the tribal political world we have today getting 60 votes to get cloture is really hard to do. The filibuster has led to congressional gridlock. That gridlock has contributed to cynicism about government and congress. It’s one of the reasons congress gets very low approval ratings from the public.

Cloture motions have been used more frequently recently. From 1917- 1958 it was rarely invoked but in the Obama era there were 250 motions and more recently the range is 150 to 200. What that tells us is that the minority party is trying to block things the majority wants to pass.

WHY DOES THIS MATTER?

Our country is at an inflection point. We will either continue to have a democracy or we really could lose it if Trump styled Republicans succeed in the playbook they are engaged in: to dismantle democracy based on electing officials by popular vote and replacing it with an autocracy with either Trump or another would be autocratic leader who would maintain dominant white culture and the power of ultraconservative elites. Joe Biden understands that. He knows he must have a transformational presidency that will set the country on a road to future success to show that a democracy of the people, by the people and for the people can still work. He promised legislation impacting climate change, infrastructure, policing, health care, the right to vote, gun laws, women’s rights and much more. The legislation he promised got him elected. What he wants for the country is very popular with Americans.

Just think! If the Senate could pass Biden’s agenda with a simple majority with Kamala Harris as the deciding vote, the way the founding fathers set it up, the Biden agenda would be easy to pass. But that’s not the current system.

Mitch McConnell has vowed to do everything in his power to defeat Biden’s agenda. He wants to do to Biden what he did to Barack Obama. In short, Republicans don’t want Biden to succeed even if the country would be better off. They will use the filibuster to keep this legislation from passing and hope Americans blame Biden for failing to fulfill his promises.

That could backfire on the GOP. When McConnell obstructs something as popular as the Jan 6th Commission, Republicans can and should be blamed for obstructing what Americans want. If Americans understand how dire our situation is that it might help Dems keep Congress and the White House despite other headwinds against them.

If Mitch succeeds in obstructing Biden’s agenda, however, some Americans might decide to try another Republican administration. That along with voter suppression, gerrymandering and putting Trump loyalists in charge of election protection and election certification, keeping the Big Lie alive by insisting there was voter fraud when there was no fraud, and writing into law the ability to overturn elections if the state legislature does not like what the voters want as an outcome, could result in a fully Republican led Congress in 2022 and the White House in 2024. If Republicans retake the House and possibly the Senate, many believe the filibuster would become a critical tool Democrats would need to obstruct Republican legislation. This is one of the reasons Democrats are so afraid to modify or remove the filibuster.

However, many progressives are willing to risk it because without a modification or elimination of the filibuster, Biden’s agenda will be blocked making it more likely (some think) that Trump and people like Marjorie Taylor Greene will gain control of Congress and the executive branch. If that happens, our democracy will be over anyhow. In other words, Right Now! should be the time to bring the biggest sword you have to the knife fight.

SHOULD THE FILIBUSTER BE MODIFIED OR ELIMINATED?

There are a lot of ideas about this, so I handpicked 4.

Manchin has just come out with a three page memo outlining what he would support when it comes to voting rights. It includes some of the provisions from the For the People Act. Manchin’s version would include at least two weeks of early voting, elimination of partisan gerrymandering (racial gerrymandering is already illegal but partisan gerrymandering is not), exposure of the identity of dark money donors, Election Day would become a holiday, and voter ID would be required and voter roll purges would be allowed using government records.(Republicans want this). When it comes to an ID requirement, what if the federal government issued every American an ID card?  Wouldn’t that be a way to do an end run around the wrangling about valid voter ID cards?  Stacey Abrams is in favor of Manchin’s suggestions. And of course, because Abrams favors it, Mitch McConnell totally opposes Manchin’s compromise. This is a situation that bears close watching.

Chuck Schumer said he is about to go to battle on these voting rights bills. I think the plan is to force votes on key sections of S1 like gerrymandering, dark money and making it easier to vote in America. Americans, including Independents and Republicans, really approve of and want these changes. Approval ratings are in the high 50’s or higher depending on the specific section of the act. If Republicans filibuster every single one of these measures, Schumer will be making a convincing case that the Senate needs to have more Democrats and they must keep control of the House in 2022.