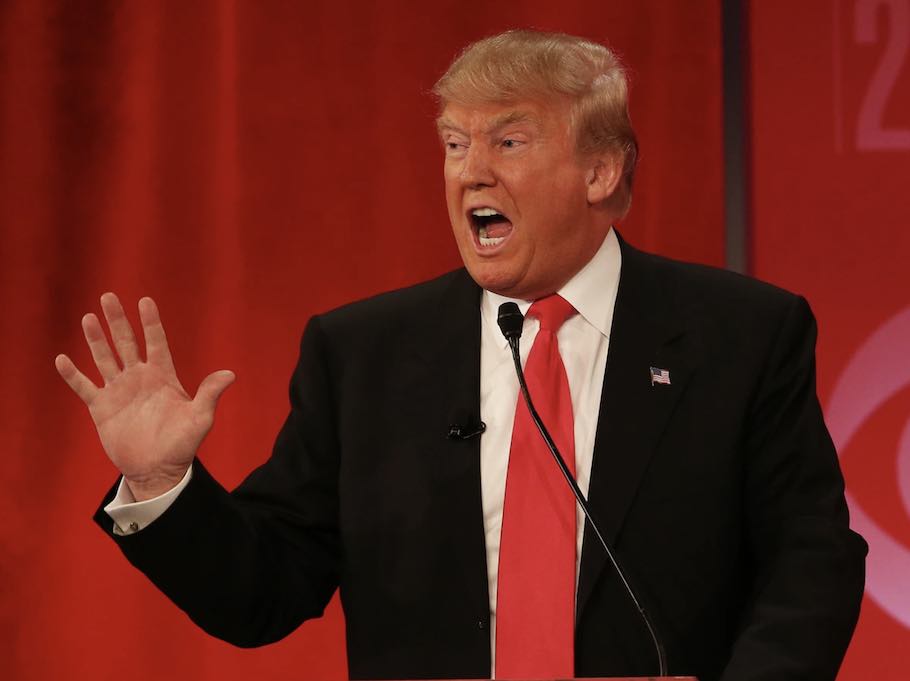 Trumpian Red States Are Trashing the Integrity of Our Electoral System

Trumpian red states are passing laws that dismantle voting rights and establish a system to challenge outcomes if they do not like the way the voters in their state voted. This is where the rubber meets the road. Right here. Dangerous state laws are getting passed right now by Republicans that could end fair elections by interfering with fair vote counting. The Big Lie is being used as the rationale to pass these laws. The allegation that the 2020 election was fraudulent is baseless but it is the alleged reason for so-called “election integrity” laws. Our country is facing a slow moving insurrection.

Republican led states are passing laws that make it harder especially for people of color and young people to vote, and some permit a substitution of a Trump-loyal slate of electors to be sent to the Electoral College instead of a slate chosen by the voters. That could throw future elections into chaos.  There could be two allegedly valid slates of electors sent to the Electoral College from battleground states like Georgia, North Carolina, Florida and Texas; one slate of electors saying they represent the will of the voters and the other slate chosen by the GOP led legislature. This could create enough uncertainty to force the House of Representatives to choose the president which would be valid under our constitution. If the House is controlled by the Republicans after 2022, it could be Game Over for our democracy with Trump “elected” as president in 2024.

Our Founders never anticipated the smarmy ways a rogue political party could and would pervert elections the way the Republicans are doing now.

The Georgia and Texas Playbooks

The voter suppression game plan is evident in the legislation passed in Georgia and soon to be passed in Texas with many other states readying legislation that is similar.  Democrats in the Texas state legislature walked out of the session before a vote was taken on the Texas bill that would corrupt fair elections in Texas. By walking out they robbed the legislature of a quorum and prevented the bill from being passed that night. It was a last ditch effort to stop an illiberal, undemocratic law from passing. But it was only a stopgap measure. This bill in a revised form will come up for a vote again this summer.

When the Texas bill passes, we could see the Texas legislature granting themselves the capability of overturning elections. In the current bill as it was written, if the number of votes alleged to be illegally cast in the election is equal to or greater than the number of votes necessary to change the outcome of an election a court could then declare the election void without attempting to determine how individual voters voted.  How can you say votes were illegally cast if there is no attempt to determine how the voters cast their votes? A mere allegation of fraud should not be sufficient to void an election.

If many of these GOP-led state laws pass, there would be no need for another January 6th type insurrection.  January 6th was a Hail Mary last ditch attempt by Trump in 2020 to stop Biden from becoming president and it didn’t work. The way Trumpian red states are setting up their laws now, they could simply overturn the will of the voters with these new anti-democratic laws and send their own Trump loyal slates of electors to Congress to upend the popular vote.

Many people who care about our democracy are sounding the alarm. It is now or never. If we fail to protect our voting system and the safe and time tested way votes are currently counted, fail to reverse these state laws that will allow an election to be overturned if Republicans don’t “win” whether or not allegations of fraud are supported by evidence, then we could lose our democracy. We could even end up with Trump back in office as president again. Not by August, as this delusional man and his demented followers are saying, but in 2024 if Trump runs again, which he will do if he can because by then he might desperately want the protection and power of being president to avoid going to prison.

After Biden had clearly won in 2020, state election officials refused to bend to Trump’s will because what he told them to do at the time was illegal and they could have been prosecuted. Instead, Trump was left fuming. In a fit of rage he resorted to sending his MAGA followers to the Capitol on January 6th to hang Mike Pence for failing to break the law for him. His supporters tried to hold up the certification of the election as well as hunt for congressional leaders to kill or maim. And yes, that WAS the intention of many of them and they DID bring firearms and zip ties, not just bear spray and stun guns and all of them were Trump supporters not Antifa. To know the truth all you need to do is read the hundreds of indictments of his followers. Trump did not succeed in staying in power thanks to some brave state Republicans (ok, who also did not want to be prosecuted) who stood up to him and followed the law, and the courage of Capitol Police officers who stood up against the insurrectionists so they did not find Mike Pence and try to hang him or create a hostage situation with other lawmakers.

If Republican state legislatures get away with changing state laws to permit what was impermissible before, then what Trump tried and failed to do in 2020 could be easy to accomplish in 2024 without even needing to get the MAGAts to attack the Capitol. We need to see what is coming and take steps now to prevent it. But the problem is we only have one democratic party. The Republican Party is an anti-democratic party. The GOP is a party that wants power and is fine with autocracy.

S1 the For the People Act, and S4 the John Lewis Voting Rights Act, would go a long way to protecting voting rights, but they probably won’t pass because the Dems don’t have the votes.

Joe Manchin has said in no uncertain terms that he will not vote for the For the People Act. That would make it impossible for Democrats to try to pass the act by simple majority even if they tried to use the “nuclear option” to either kill the filibuster or create a carve out for legislation that affects voting rights. Neither approach would work without Joe Manchin on board.

Other Senators are unwilling to pass S1 also, but are being less vocal about it compared to Manchin. They are hiding behind Manchin’s skirts. Mitch McConnell has also come out against the passage of S4 saying it is unnecessary. Manchin has not joined McConnell yet, but clearly there will not be 10 Republican votes now for the John Lewis Voting Rights Act either.

Manchin might still be the savior of democracy if he created a carve out to get around the filibuster (as has been done many times before). Or he could go down in history as the guy who killed our democracy if he fails in that mission.

I can count. Can you? The Dems do not have the votes to stop this slow insurrection with federal legislation.

But that is not the end of this story.

What Can Be Done? First: Use Republican Votes Against Them.

Here is a way forward for Congress that I hope is the game plan for the Dems.

The For the People Act is very popular with Americans.

It’s true that in Shelby County v Holder the Supreme Court struck down the preclearance power of the federal government with states that had bad records for voting rights, but the voting rights bill was not entirely struck down by the court.

[F]ederal law continues to protect citizens from discrimination in voting and from other voting rights violations. As the Supreme Court’s decision described, Section 2 of the Voting Rights Act, which prohibits discrimination in voting based on race or language minority status, and which applies on a permanent nationwide basis, is unaffected by the decision. Likewise, other provisions of the Voting Rights Act that prohibit discrimination in voting remain in full force and effect, as do other federal laws that protect voting rights, including the Uniformed and Overseas Citizens Absentee Voting Act, the National Voter Registration Act, and the Help America Vote Act.

On Friday AG Merrick Garland delivered remarks about the role of the DOJ in maintaining voting rights. Garland reviewed the history of the Voting Rights Act and decried the fact that preclearance, the proactive enforcement tool DOJ used in the past, has been struck down by the Supreme Court. But he vowed that would not deter the DOJ. Garland announced that the civil rights division is going to beef up the team of lawyers that investigates and prosecutes violations of federal election law across the country. Garland identified the Arizona Maricopa county vote audit as the “fraudit” it is. He called out the disinformation that is the basis for that audit and labeled it “an effort to subvert democracy.” Garland vowed that the DOJ would be looking at such things as the length of time Black voters have to stand in line and intimidation tactics (physical canvassing) that are being written into these state laws masquerading as election integrity.

This is an exciting and very hopeful development!

Marc Elias, the attorney working for voting rights on behalf of NDRC, the National Democratic Redistricting Committee is also readying lawsuits against GOP states for their undemocratic legislation. You can help them by donating to the NDRC and Democracy Docket.

Finally: The Dems Must Play Hardball

We need to beat up the Republicans with their own obstructionism in the run up to the midterms.

We can get out the vote even though it is harder to vote. We can support Democrats for governorships, attorneys general, secretaries of state and state legislatures especially in battleground states because they are the backstop for our democracy.

The solution to a GOP that has gone to the dark side is more Democrats elected everywhere in 2022. Republicans must lose elections to learn their lesson and give up on Trumpism. Republican obstructionism could help achieve that result.