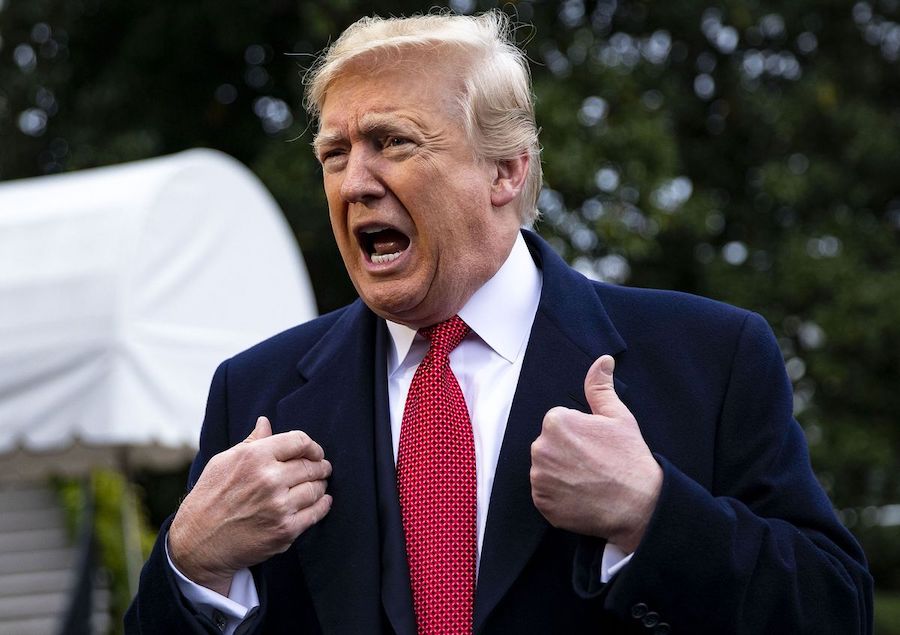 Is Trump Sleeping at Night?

Trump should be really really worried about what’s coming. Even if he claims the special grand jury empaneled by Cyrus Vance, the NY States’ Attorney, is a “witch hunt” which he always does, that will do nothing to stop the long arm of the law from coming to get him. The current focus of the New York State’s Attorney seems to be on Allen Weisselberg, the CFO of Trump Org, trying to convince him it is in the best interest of his sons and himself to “flip.” If Weisselberg does flip, his testimony will clarify and guide the jury through a multitude of financial and tax documents that will make up the foundation of the case.

Michael Cohen, who was Trump’s former lawyer, will also be a guide to the grand jury. Cohen told Congress what investigators would find if they did an investigation and he has been helping the investigation team. He met with prosecutors in this case over 9 times to help investigators understand how the organization worked and how the financial crimes were conducted. He is providing the prosecution team with the roadmap to follow to help them put the case together against his former boss. Even if the defense attorney argues that Cohen is a liar and not to be believed, Cohen will be helping the jury understand documents and documents don’t lie.

Both Cohen and Allen Weisselberg understood where and how Trump and the Trump Organization managed every penny that flowed in and out of the Trump coffers. Cohen was clear in his testimony under oath to Congress about the financial crimes Trump has engaged in on a routine basis by over valuing properties for certain purposes and under valuing them for other purposes in his interactions with banks and other financial institutions. This is the kind of pattern that courts will fit into the Little RICO category which was patterned after federal RICO law that is used to prosecute criminal enterprises. (See below.)

We have all seen the way Trump functions. He functions like a mob boss running a corrupt organization, getting people to break the law on his behalf with a wink and a nod and then, when caught, distancing himself from the problem and from his agent(s), blaming anyone who acted on his behalf and claiming he knows nothing. That approach will not work with Little RICO if Weisselberg, who worked closely with Trump, tesitifies about Trump’s intent. Claiming he knows nothing will not work with the Martin Act because knowledge, which is usually very hard to prove up, is not required for a conviction under this Act (depending on how the crime is ultimately charged–misdemeanor or felony).

These New York laws are currently being used to conduct a deep dive investigation into Trump Org and Trump’s personal assets to ferret out what was done, when and how it was done, and by whom. The New York AG’s office and the New York States Attorney are working in tandem on this investigation. Mark Pomerantz, a well known attorney who specializes in financial crime investigations and is particularly well versed in mob enterprises and mob bosses, was hired by Vance’s office to lead the team. With Cyrus Vance leaving office next year, it is very likely that indictments will be coming in November.

Why Didn’t Trump Get Caught Before?

Many people have wondered why Trump did not get indicted before he was elected president. If he committed all these crimes why were there no consequences? The simple answer is that much of what Trump did went on for years because he flew under the radar as many people especially in real estate seem to be able to do, but once you become president the spotlight will shine on your past and present activities due to strong public interest. As long as Trump had the awesome power of the  presidency, he was untouchable. He worked behind the scenes to threaten and reward people to hide his crimes, cover them up and whitewash them. When he left office he could have tried to pre-emptively self-pardon himself, a ploy without precedent, but Trump did not do that probably because that would have made him look guilty. He figured he could rely on the same tactics he had used all of his life that had kept him out of jail before. But paying off civil cases is not the same as fighting a criminal case like the one he faces now. No wonder Trump didn’t want his tax documents to be exposed.

Special Criminal Laws that Could Impact Trump and Trump Org

You may not have heard of the Martin Act or Little RICO but you are going to hear about these New York laws in the coming weeks and months in connection with the Special Grand Jury empaneled by the State’s Attorney, Cy Vance.

What is the Martin Act?

[I]f the New York State Attorney General, the Manhattan District Attorney’s Office or any other local prosecutor’s office accuses you of a Martin Act violation, be prepared for law enforcement to come after you with their guns blazing. Potentially armed with subpoenas and search warrants, the Martin Act is a powerful weapon in the arsenal of a District Attorney or the Attorney General investigating securities and related financial frauds.

Why is the Martin Act such a powerful weapon in financial crime cases?

The purpose of the Martin Act is to arm the New York attorney general to combat financial fraud. It empowers him [or her] to subpoena any document he wants from anyone doing business in the state; to keep an investigation totally secret or to make it totally public; and to choose between filing civil or criminal charges whenever s/he wants. People called in for questioning during Martin Act investigations do not have a right to counsel or a right against self-incrimination. Combined, the act’s powers exceed those given any regulator in any other state.

To win a case, the AG doesn’t have to prove that the defendant intended to defraud anyone, that a transaction took place, or that anyone actually was defrauded. Plus, when the prosecution is over, trial lawyers can gain access to the hoards of documents that the act has churned up and use them as the basis for civil suits. “It’s the legal equivalent of a weapon of mass destruction,” said a lawyer at a major New York firm who represents defendants in Martin Act cases.

More about the Martin Act:

The Act is interpreted [broadly] to prohibit all deceitful practices (Hasslinger, 771 N.Y.S.2d at 591), as well as false promises, which means the attorney general can prosecute attempted fraud, even if there was no fraudulent transaction (see N.Y. Gen. Bus. Law § 352).

What is Little RICO?

It is patterned after the federal RICO law and designed to go after mob bosses.

The potential jail sentence is 25 years.

This is a new day, Donald Trump. You brought this on yourself by running for president. Everyone in high places is subjected to greater scrutiny, but on top of that you have engendered a lot of anger.  Millions of Americans will be thrilled to see you go to prison.