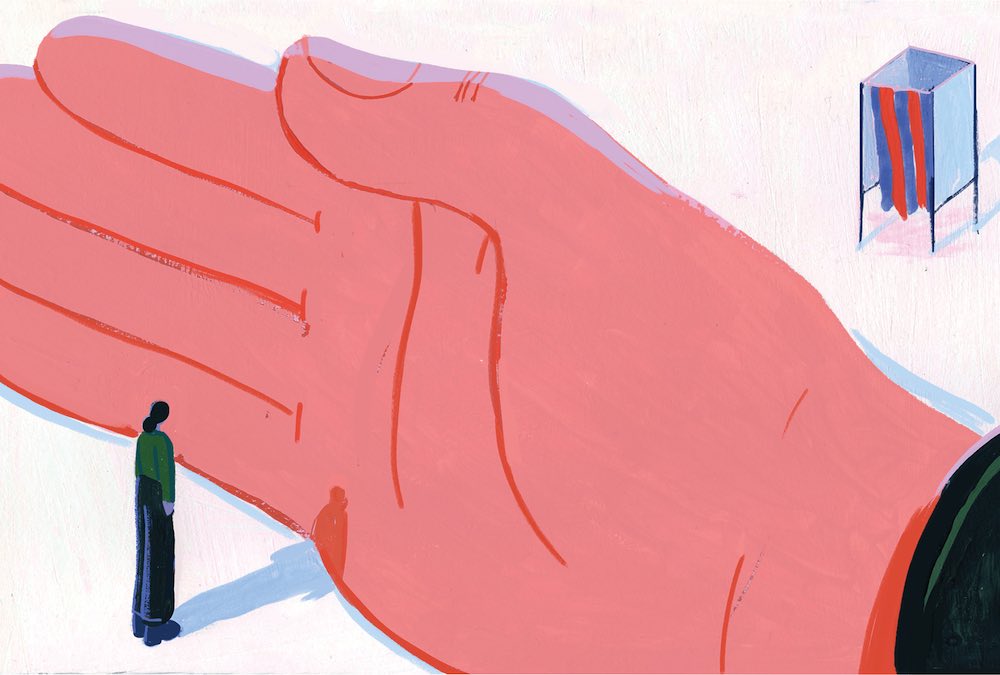 The Brennan Center reports that there are currently 361 voter suppression laws wending their way through 47 state legislatures across the country. Georgia was the first state to pass restrictive voting laws that will make it especially hard for people of color (who tend to vote Democratic) to vote in elections. The next state will be Texas. Restrictive legislation will be signed by Texas’ Governor Abbott unless something major happens to derail this effort. What would prevent these measures from becoming the law in a particular state?

If governors of these states are Democrats, even if the legislature is Republican led, (as with Michigan, Wisconsin, and Pennsylvania), these voter suppression laws will be vetoed. Then the question will be whether those Republican led state legislatures have the votes to override the governor’s veto.

If these measures had been in place when Trump was trying to get re-elected, he might have had a second term. If Trump runs in 2024, assuming he is not in prison, these laws could pave the way for him to win.

The laws being passed are generally restrictive, making it harder to apply for mail in ballots, put a mail in ballot in a convenient drop box, and verify that you are a legitimate voter. In some cases you might even need a notary to validate you are who you are to have a right to vote.

The overarching strategic plan by Republicans is targeted to limit mail-in ballots forcing voters to show up in person at polling places and then make the in person voting experience a physically challenging and bad experience in districts where Democrats vote in larger numbers. That tells you why the new Georgia law makes it a criminal offense to offer food or drink to people standing in line to vote.  That will make the experience more painful. In districts where wealthy white people live, voting will be easy to do and fast. We already see this pattern and practice. In Republican leaning districts there are ample locations, machines that work and enough judges to process people. In districts where Democrats vote, such as inner city locations, there are long lines due to structural impediments that the government can control: for example, limited voting locations for the size of the population, inadequate or poorly maintained machines, and intimidating “poll watchers” stationed near the polling places to maintain the so-called integrity of the system.

Republicans are hell bent on voter suppression to keep as many Republicans as possible in power as the population grows ever more multi racial and is drawn to the Democratic Party. Why?  Because the Democrats are giving Americans what they want and need:

That’s a winning package for most Americans. This is why Biden enjoys a 60% approval rating. He is listening to what Americans want and he is meeting the needs of average Americans. To counter that broad appeal, Republicans are resorting to disinformation, fear mongering and voter suppression.

What is Happening With Corporations?

With Republicans in Texas and other states continuing to advance restrictive election legislation, corporate chieftains around the country have stepped up their efforts in recent days to oppose such laws and defend voting rights.

Major corporations based in Texas, including American Airlines and Dell Technologies, have already voiced opposition to the bills. And AT&T, which has its headquarters in Dallas, has said it does not support bills that restrict access to voting, though it did not specifically mention Texas. (New York Times)

Mitch McConnell warned corporations that began to express concerns about the Georgia law (after it was passed) to stay in their own lane. That is flat out ridiculous to anyone who knows how the system works. Corporations have been funding politicians for decades.  Citizens United not only made corporations into “people”, that case allowed companies to spend millions of dollars to support candidates like McConnell using PACs that hide the identity of the donors. Trump was right when he said the political system is rigged. It is. But it’s been rigged in favor of Republicans. Most companies have dutifully supported Republicans because Republicans have given them what they want: a lower corporate tax level, exemptions that allow them to avoid taxes altogether, limited government, deregulation and more goodies embedded in the tax regs.

If more Republicans are running the country, companies will get protective legislation, right? Yet corporations are joining the outcry about voter suppression laws.

[O]n Saturday afternoon…more than 100 corporate leaders met on Zoom to discuss what, if anything, they should do to shape the debate around voting rights.

The Zoom meeting began with statements from Ken Chenault, a former American Express chief, and Ken Frazier, the chief executive of Merck, who said they were asking companies to sign a statement opposing restrictive voting laws, according to several people who attended the meeting.

Last month, Mr. Chenault and Mr. Frazier organized 70 fellow Black leaders to sign a letter calling on companies to fight bills that restrict voting rights, like the one that Georgia passed.

Major corporations based in Texas, including American Airlines and Dell Technologies, have already voiced opposition to the bills. And AT&T, which has its headquarters in Dallas, has said it does not support bills that restrict access to voting, though it did not specifically mention Texas.

And a film starring Will Smith and financed by Apple pulled its production out of Georgia on Monday in protest of the state’s new voting law, a warning shot to other legislatures. (From the New York Times)

Are some companies suddenly retreating from the Republican Party as it tries to keep itself powerful by suppressing the vote? I think they are trying to stay on the right side of history because they need to.

Why are Corporations On the Side of Democracy?

Richard Gebhardt, Democrat and former majority House leader, has the answer: “If you lose the democracy, you lose capitalism.”

Companies want and need to hire the best and brightest when it comes to a good workforce including people running the companies, people in their C-suite and other positions including reliable, capable staff. In addition, companies rely on American consumers to purchase their goods and services. As the country is browning so is the workforce and the consumers who keep these companies strong. Companies are out for themselves, as we know, but because American demographics are shifting and the shift is inevitable. the only way these companies will be able to stay competitive and powerful is to appeal to a multiracial workforce and consumer base. Companies realize they must invest in our democracy not for some mission driven purpose (although we can hope some DO have that motive), but for their own selfish good. Many of them seem willing to step up to do something they never needed to do before: stand up for fairness in the electoral process and reject these new voter suppression laws. Richard Edelman, CEO of the largest PR company in the US, explained it this way:  “In this period of information bankruptcy and instability, business has to be a primary source of objective facts, a catalyst for change and a standard-bearer for universal values.”

Why the Dems Need Corporate Allies

Companies could be powerful allies in the fight to reject voter suppression. And the Dems will need everything they can muster when the fight over the filibuster happens, which it must if Biden hopes to get his agenda enacted. Even though the Senate parliamentarian has granted the Dems leave for a second reconciliation vote on, this time, infrastructure, (they will be able to pass it with a simple majority instead of a super majority) that will not work for the For the People Act. That act and HR4 the Voting Rights Advancement Act that John Lewis worked so hard to pass are crucial legislation that must become law if we hope to keep our democracy. Companies could be vital allies for the Democrats as they work to get these bills passed. National legislation promises to be the best bulwark against undemocratic voter suppression legislation in a host of red and purple states with Republican governors.

In addition, since Republicans maintained legislative power in states across the country in 2020, those state legislatures will be in the cat bird seat when it comes to deciding the shape of the districts that will soon be redrawn. The Supreme Court has ruled that racial gerrymandering is unacceptable but PARTISAN gerrymandering is ok. That opens the door to unfairly drawn district lines for the party empowered to do the redistricting. In many purple states that are leaning towards the Dems, the Republicans will be in charge of redistricting. This is very scary because they will have absolutely no compunction about redistricting to keep themselves in power.

There is a way to counter that unfairness. The For the People Act would force states to use neutral commissions to draw the new lines.  If the For the People Act does not get passed, however, Republicans will be able to cement their power over this country for at least the next 10 years (until there is another census) despite being a minority party that will continue to shrink given the demographics. I think corporate leaders can see what is coming. That’s why they are joining the fight for democracy. They could be part of the equation that will make it too painful for Republican states to pass these regressive undemocratic laws.