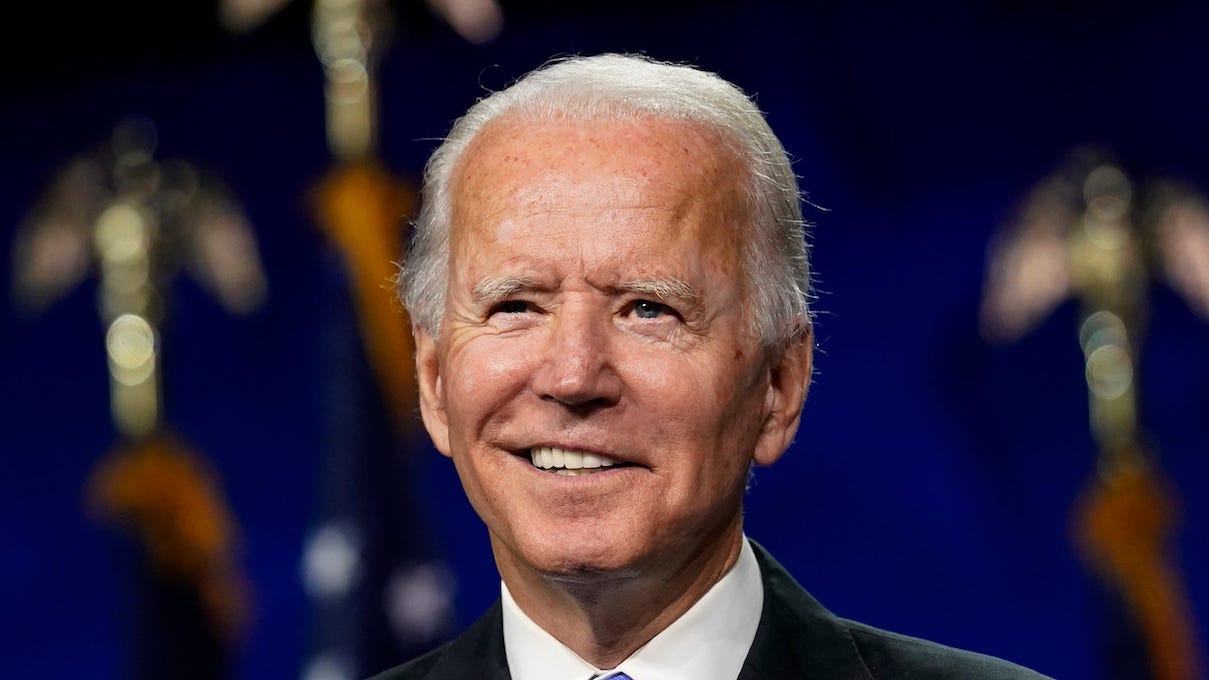 Biden is the Populist Savior Trump Pretended to Be

In Biden’s first 100 days his team successfully tamed the pandemic with a vaccine program that put America in the global lead, for a change. In his first major speech, Biden used that victory to urge even greater faith in government to vastly improve the lives of Americans through programs that answer their needs. These programs, if they can be implemented, will help a majority Americans have better lives now and insure a better future for their children and grandchildren. Biden, a man who was expected to be a centrist who would not rock the boat, has instead emerged as a man on a mission. He has a two part legacy goal he intends to achieve– he wants to put the country on a path towards a better future and he wants to prove democracy works better than autocracy.

Biden is trying to do a number of big lifts. He is trying to cut through rampant cynicism in this country that has resulted from ineffective government, government that worked only for the rich and powerful. He is proposing legislation that he hopes will generate so much cross party enthusiasm in this country that support for its success will blot out Republican disinformation and obstruction.

That disinformation and obstruction is coming. You could hear it in Tim Scott’s rebuttal to Biden’s speech. Scott, speaking for the Republican caucus, said America is not racist (really?! You tell us you have been stopped and shadowed because you are a black man and you say you have never experienced racism? Come on!) and Biden was divisive (OMG what are you talking about!?) It was like Americans got a knock at the door and there was a lovely big cake from Joe Biden delivered with a bow on top, only to have Tim Scott smash it with a rock. Republicans are already bitching and moaning about Biden being a socialist who will ruin the country with his expensive plans. They sure didn’t talk that way when they gave corporations a pass at paying taxes for decades.

Biden’s plans would rebuild the country, create good jobs for Americans without the need for a college education or an associates’ degree, create a transition to clean energy, provide affordable health care, free preschool and community college education. Americans want all of that. Who would foot the bill? It would be paid for with revenue from the wealthy including corporations with a higher tax rate, closed loopholes that allow companies like Amazon to pay zero taxes, and require the 1% pay more. In other words, this is a Robin Hood plan. Take from the rich and give to the poor. And Americans are A-OK with that idea. In fact, Americans really really want what Biden is proposing. They have wanted this for years and many have given up hope it could ever happen. Biden’s clear and simple message to Americans is that government CAN work for the little guy and the rich need to pay their fair share.

These programs are ambitious. They amount to an FDR level sea change. Biden is calling on Americans to change the way they think about government– to trust it to work on their behalf. Biden is banking on the idea that his proposals will be so popular with Americans that the Republican obstruction machine might not be able to defeat these ideas in Congress. The typical way to defeat legislation is with the filibuster Kill Switch (Read Adam Jentleson’s terrific book, Kill Switch to learn the back story on the use of the filibuster to keep progressive change from happening). The filibuster requires a 60 vote supermajority to pass legislation which means the Dems have to find 10 Republicans to join them to pass anything other than judicial and executive appointments and budget (reconciliation) bills. With Mitch McConnell leading the GOP caucus in the Senate, that will never happen for many progressive legislative bills and is a waste of precious time as Barack Obama found out.

This is an interesting gamble on the part of Joe Biden. To be successful in this strategy, Biden needs to talk OVER the Republican obstruction machine in Congress directly to the American people across party lines to motivate them to support his efforts to reimagine America. His tactic will drive GOP Senators to either join him at the table in good faith or be labeled as obstructionists working against the will of their own voters.

The pop up polls after Biden’s address indicate that Biden could be onto something. Biden’s proposals are wildly popular with Americans.

83% feel the coronavirus outbreak is receding

73% were proud to see two women behind Joe Biden as Vice President and Speaker of the House.

(At the end of this post there is a link to the poll.)

Those numbers mean that there is approval for Biden’s proposals that cut across party lines: Dems, Independents and Republicans.

Let’s think about that for a minute. This is a very tribal political time. Biden’s approval ratings are relatively high (about 53%) but not as high as the ratings his proposed legislation is getting. By staying low key and out of the limelight, by talking in his simple, calm, empathic way, and by giving the people what they want, Biden is uniting Americans behind his policies whether or not people like HIM (which is much harder lift in our radicalized, tribal political culture anyhow).

When Republicans say Biden is divisive, what they mean is that he is interfering with their approach to governance, by bypassing Congressional Republicans who are oppositional. And he is reaching across the divide to give American blue collar workers of all backgrounds a government that answers their felt needs. That was something Trump and the GOP said they were doing so that they could get votes, but did not do in fact. Instead they passed just one big piece of legislation: the tax bill for corporations and the wealthy, while throwing bones to their base: a wall at the southern border, culture war skirmishes, some bogus baloney about your first amendment right not to wear a mask or get a vaccine, and an endless supply of fearmongering.

Biden is gambling big time on the American people. He has faith that they will do what the jury did in the Chauvin case: listen to the evidence and vote for the right result.

Will this work?  We are going to see. Because I think the game plan will be to introduce bill after bill that the American people are salivating over and watch the GOP screw themselves by refusing to sit down with Dems at the table with any realistic ideas and then refuse to pass the legislation Americans want.  This is a trap, a set up, a demonstration, that will allow the Dems to say “See? Republicans in Congress are not answering the needs of you people in America who are on team GOP or are Independents leaning Republican. Come on over to us. We are here for you.” There is no way out of the trap given what the GOP stands for, which is nothing whatsoever. They have no policy positions. They have nothing to offer. They have become a cult of personality and their god, Donald Trump, is rotten to the core.

How Republicans are Helping the Dems Destroy the GOP

The Dems might accomplish a transformative realignment of the electorate because they are getting so much help from the Republicans themselves. Who are the voices of the Republican Party these days?  Josh Hawley. Ted Cruz. Marjorie Taylor Greene. Lauren Boebert. Louie Gohmert. Paul Gohar. Jim Jordan. Trump himself (who must be worried about getting indicted one of these days thanks to Rudy Guiliani’s cell phone confiscated by the FBI and the criminal case against him being assembled by the New York States’ Attorney’s Office.) The list of nutballs, kooks, and white supremacists who have become the voice of the GOP is getting longer and longer. Even now Kevin McCarthy cannot bring himself to tell the truth about Trump losing the election. He is unable to tame his nutty House caucus. Mitch McConnell is about to be exposed as the master of the Kill Switch in the Senate who is depriving Americans of the cake they all want to eat.

If the Republicans continue to obstruct, which I think they will, the Dems will say they were forced to modify the filibuster to allow passage of legislation Americans want and need. You only have to look at the polling to see how much Americans want this cake.

The show is about to get even more interesting, people. Whoever is advising Biden is doing a very good job and knows how to show up to play chess. With knives.