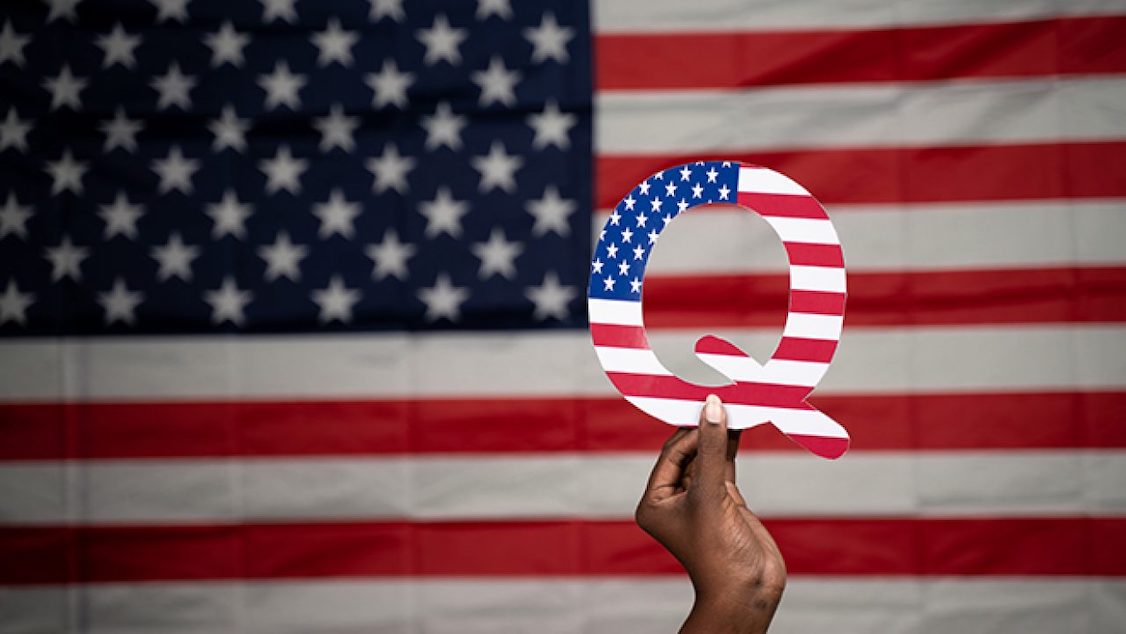 From Trump’s cult to QAnon, Americans are into some very unhinged ideas that are bringing them together to form communities of like-minded true believers. Most of these true believers are Republicans. But there are some Independents and Democrats mixed in with these unhinged people too.

The far-right conspiracy theory movement known as QAnon emerged on the internet in late 2017 and gained traction throughout former president Donald Trump’s time in office. QAnon’s core theory revolves around Satan-worshipping pedophiles plotting against Trump and a coming “storm” that would clear out those evil forces, but the movement has also been described as a “big tent conspiracy theory” that involves a constantly evolving web of schemes about politicians, celebrities, bankers, and the media (NPR)

The latest PRRI poll found that 15% of all Americans think the US is controlled by a group of satan worshipping pedophiles.  Who is in that group? 23% of Republicans, 22% of Evangelicals, 18% of Independents and 14% of Democrats. One in five Americans think a storm is coming to restore the country’s rightful leaders. 15% of Americans think that true American patriots might need to resort to violence to save our country.

A majority of Republicans believe the MAGA riot was led by antifa or leftists to make Trump look bad (which is not factually true –the MAGA mob were Trump supporters). Far right networks like OAN and Newsmax are the bad actors of media spreading this disinformation along with social media.

40% of Americans think if you get the vaccine you will get a microchip embedded in you.

75% of Republicans think the 2020 election was stolen from Trump.

A quarter of the Republican Party thinks that the mainstream media is against them. They create their own safe spaces in social media where they only interact with other people who share their views.

How Did We Get to This Place?

People who were raised to be religious may be more ready to believe in conspiracy thinking. What is religion, after all? A religion is: Beliefs that are passionately held by a group of people that is reflected in a world view and in expected beliefs and actions (which are often ritualized)

lf you really accept the foundational myths of Christianity as most Evangelicals were raised to do, you believe that: Mary was a virgin, Jesus was God’s son, he rose from the dead, he died for our sins, and you are really drinking the blood of Christ on Sunday.

If you really believe the founding story of the Mormon faith you believe: Joseph Smith saw an angel named Moroni who told him that he had been selected to translate the Book of Mormon, a sacred text that was written around the 4th century. This spiritual book contained information about the ancient people who inhabited the Americas. The book was inscribed on golden plates that could be found near Palmyra, New York, which just so happened to be really close to where Smith lived at the time.

What is the shared foundational mythology of QAnon? True believers no longer have faith in mainstream media or in their government and turn to far right alternatives and social media for their information. They think Trump is a special being who is working to rid the world of terrible people, satan worshipping pedophiles who drink the blood of children. Q is dropping clues on 8Chan to tell people what is going on, but the clues are coded and certain people (just like the prophets in biblical times) are able to interpret and decode the clues for eager followers. (These people are also profiting off of the QAnon followers.) The true believers are chasing after clues on the Internet almost like a video game, seeing some small gesture, or comment made by Trump as a “tell” or important hint with great meaning. True believers anticipate The Storm is coming! in which all the “bad actors” in this make believe world like Hillary Clinton and Barack Obama and Bill Gates will be rounded up and hung.

Religions help people get through life when they are scared. When you buy into a religion, it also comes with a ready made community of like-minded people who passionately believe what you believe. That’s what people are getting with QAnon too.

“Thinking about QAnon, if it were a religion, it would be as big as all white evangelical Protestants, or all white mainline Protestants,” he added. “So it lines up there with a major religious group.” (NYT article about the PRRI poll)

The MAGA mob that stormed the Capitol believed they were invited there by Trump, who is seen as a subtle (wink wink) leader of this cult, and many rioters apparently thought they were participating in The Storm – taking action to remove the bad actors in government as the QAnon prophecy foretold. No wonder they were uploading video content to Facebook and bragging about being part of the mob that day. It was like they were helping Jesus or Joseph Smith fulfill their religious destiny.

Why QAnon is So Dangerous

The Trump cult and QAnon are intertwining phenomenon born of the same needs that Americans have these days. The amalgam is made up of many Evangelicals, Hispanic religious and Mormons based on the PRRI poll. I think these believers are turning to QAnon because their religions are not sustaining them anymore. These people are searching for answers in a world that scares them, feels bleak and overwhelming to them. The pandemic added to their sense of being lost and adrift.

There are many millions of Americans caught up in QAnon and the Trump Cult. When you have this many Americans buying into a crazy conspiracy that includes a nightmarish, psychotic belief that you might have to be violent and fight for your cause, this could lead to big trouble for our country. At best they are a weight, an anchor on acceptance and support for anything offered by their governemnt even ideas that will help their lives. They will resist alliance with a government that is trying to help them have better lives because the efforts of government will be misinterpreted and warped by their mythology filter. These people see the world not through rose colored glasses but through conspiracy tinted glasses. Life saving vaccines quickly get swept up into the swirling conspiracy mythology that has gripped them. It’s not really a life saving vaccine, Bill Gates is just trying to put a chip in you.

At worst these people are a direct threat and danger to our country. If Trump is indicted, which may well happen as the New York investigations led by Cyrus Vance (SAO) and Letitia James (AG) ripens, I can imagine Trump would call on these people to fight for him in the streets of America. Conspiracies work to create alliances with members of the cult fortifying themselves against penetration from an untrusted outside world. They are also a ready made group of people who could be called to action by their leader.

Why Especially Republicans Are Falling for This Garbage

The Republican Party has been narrowcasting itself as the Party of Trump, the Party of No to Everything the Dems want, a cult rather than a political party, and a safe space for haters including White Supremacists. QAnon believers fit right in. At this rate what’s left of the GOP will never be able to grow to be a majority party again. As it shrivels into a sick cult full of nutballs, the party leaders like McCarthy cannot condemn the Marjorie Taylor Greenes because they need them to win elections. The Senate Republicans cannot vote for a January 6th commission because it will expose House and Senate members who are co-conspirators. As the GOP devolves, it tries to preserve itself by rigging the system in Republican led states to ensure it will win no matter what…otherwise known as cheating.

What Can Be Done About This?

Here is the bottom line: These terrified, sick people in Trump’s cult and QAnon need a better answer to their terror than conspiracy theories.

I hope that as Biden’s agenda gets enacted more people will be able to relax and feel safer, less fearful and in need of radical and bizarre solutions. But for Biden’s agenda to pass and help people to feel safer, we also have to work hard to: