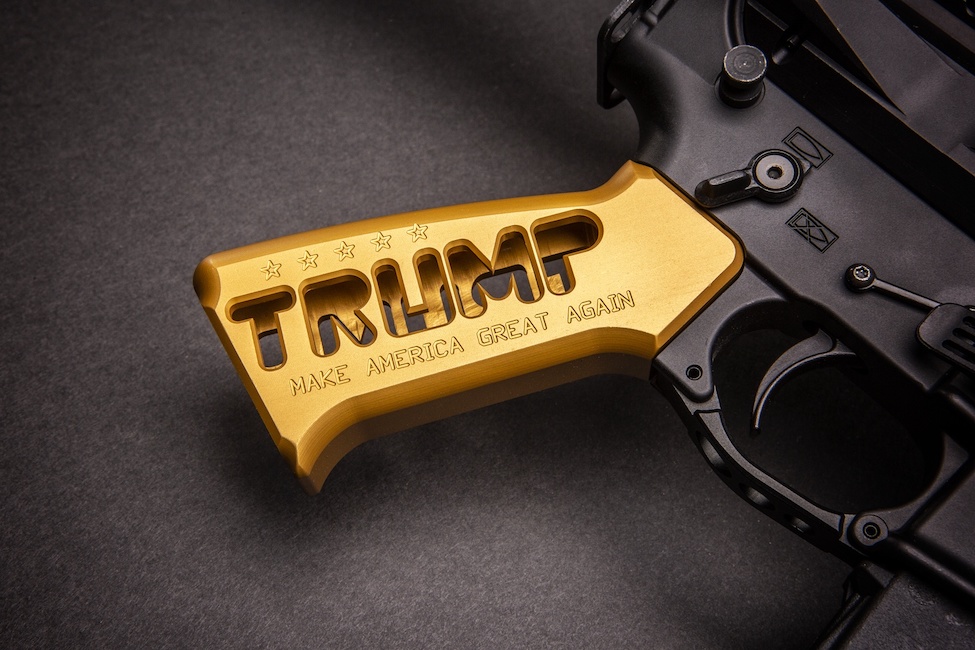 “If a hit man is hired and he kills somebody, the hit man goes to jail. But not only does the hit man go to jail, but the person who hired them does. It was an attack carried out on Jan. 6 and a hit man sent them. I want you to get to the bottom of that,” [Harry]Dunn told lawmakers at the panel’s first official hearing on Tuesday. [Harry Dunn, Capitol Police Officer testimony before House Select Committee]

On Tuesday, July 27th, the House Select Committee heard testimony from four courageous police officers who protected lawmakers from rioters who went to the Capitol to stop the certification of Joe Biden’s presidential win over Donald Trump:

Their testimony was gut wrenching, horrifying, compelling, and at times heartbreaking. These men were physically and emotionally attacked: sprayed with chemicals, electrocuted over and over, assaulted, threatened and verbally abused by Trump’s mob. This is the MAGA mob that Trump and other Republicans have claimed were a bunch of nice guys full of love, just a group of tourists visiting the Capitol. No! Not at all. These officers have not yet fully recovered and may never fully recover from this trauma and they suffer from post traumatic stress disorder. And it is a real question whether our country will ever fully recover from the moral rot of Trump, Trumpism and the Republicans who have and still do enable him and deny reality. The insurrection is said to be the manifestation of deeper toxins in our country that need to be flushed out. Yes, but we can see more and more now that this was part of an attempted coup by a desperate man.

Why Were the Police at the Capitol So Unprepared?

The Capitol police and Metropolitan police, who came to help out at the Capitol on January 6th to protect lawmakers, were outnumbered (there were about 10 thousand rioters compared to about 150 Capitol and Metropolitan police) They were also unprepared, and instructed not to use more potent nonlethal force to control the crowd. Who told them to stand down? https://www.nytimes.com/2021/04/13/us/politics/capitol-riot-police-report.html?action=click&module=RelatedLinks&pgtype=Article

Why were they so outnumbered?  Why were orders given to hold back on the use of force?  Who gave those orders anyhow?

The police engaged in hand to hand combat with the rioters and they were barely able to hold the line against the MAGA mob. The mob intended to hang Pence and said so as they forced their way into the building. They intended to physically attack lawmakers according to Daniel Hodges who heard what the crowd was saying. These policemen very likely saved the lives of many of our elected representatives who were on Capitol Hill that day. Instead of thanking these men, many Republicans have essentially spit on them as part of a continuing coverup and whitewash of what happened that day. Downplaying January 6th has become a sign of loyalty to Trump.

I could not listen to these men tell what had happened to them and not at times feel overcome with rage not only at the the MAGA mob, but at the Republicans who are downplaying the insurrection and pretending it never happened.  The moral rot runs deep in the Republican Party with some of its most outspoken members engaging in a cover up while other Republicans stay silent.  People who stay silent are equally to blame. Silence is assent.

This is a critical moment in our history.  Jim Jordan, Marjorie Taylor Greene, Elise Stefanik, Paul Gosar, Kevin McCarthy,  Mitch McConnell and too many other morally bereft Republicans should be put in a room without their cell phones and forced to listen to this testimony. It is part of their JOB to understand what happened that day!  Of course it is possible they already understand what happened because they were in on the planning of the coup that failed.

Instead of paying attention to the testimony that day, these Republicans held a protest at the Department of Justice to complain about the MAGA insurrectionists being held in jail pending trial. Yes, many of these terrorists are still in jail awaiting trial. That’s what happens when you break the law and the judge determines you might break it again because you haven’t learned your lesson and you are a continuing threat.

Many Republicans and certain Fox News hosts haven’t learned their lesson either. They are still on Team Sedition. They are portraying the lawbreaking rioters as heroes and denigrating the police.

Michael Fanone, a Washington police officer who was beaten unconscious and subjected to repeated shocks with his own Taser by the mob, suffering a heart attack and a brain injury, said he heard rioters calling for him to be killed with his own gun.

“I feel like I went to hell and back to protect them [Republican lawmakers] and the people in this room,” Officer Fanone said. “But too many are now telling me that hell doesn’t exist, or that hell wasn’t actually that bad.”

“The indifference shown to my colleagues is disgraceful,” he added, his voice rising to a shout as he pounded the witness table in anger.

Officer Fanone spoke on behalf of all of his colleagues who beat back the mob on January 6th. And how does conservative media respond? On Fox news Tucker Carlson invites his own version of a hitman to attack Fanone.

Julie Kelly has written for Fox News in the past and appeared on the network, according to the Media Matters watchdog site, at least 14 times this year, 10 of those appearances coming on Tucker Carlson’s high-rated prime-time show. Carlson introduces her as a “reporter” who is doing “reporting” on the riot, which she appears to believe was instigated by the FBI. Here’s Julie Kelly’s take on the Tuesday testimony of one particular individual:

A “crisis actor” in real life is someone who participates in first-responder drills; in the far-right imagination, though, crisis actors are secretive figures deployed by liberal donor George Soros and other “Deep State” figures to stage tragedies like the Sandy Hook and Parkland massacres in order to contrive public support for authoritarian left-wing policies. [Slate]

Other Congressional Republicans pretended they were too busy to watch the testimony: Kevin McCarthy and Jim Jordan, I’m looking at you.  But there were others as well who claimed they did not have the time to watch. Shame on all of them who are downplaying the truth about that day.

Why is this happening? This is part of the continuation of a slow moving insurrection to deconstruct our democracy and get Republicans back in power. There is an unholy alliance between the GOP and the twice impeached former president who keeps claiming he won the 2020 election he lost fair and square and who demands everyone who wants his help to win their elections defend his Big Lie. As long as the GOP is wedded to Trump, the insurrection is not over and our country is still in peril.

It has morphed into different forms like a sequel to the movie series Terminator. Some of the forms it has taken are disguised and more subtle compared to the hand to hand combat on January 6th on the steps of the Capitol, but no less dangerous to democracy .

What Has the Insurrection Morphed Into?

The Big Lie has spawned a series of voter suppression and election subversion laws in Republican led state legislatures that will pave the way for Trump to return to power in 2024 unless Democrats in the Senate do something to stop it which will require modification or a carve out of the filibuster for passage. It is against the interest of Republicans to relax voter suppression or subversion laws being passed by these red states. For that reason there is no viable Republican support for national voting rights legislation.

It has become abundantly clear that any state with a Republican legislature and governor will pass these bad bills into law if they can. The 51 Democrats who fled the Texas state legislature to prevent the passage of these draconian bills in Texas are continuing their protest in Washington DC. They are trying to shine a light on what is happening in their state and others. In short, the failed coup on January 6th has turned into a rolling wave of laws that would help Trump steal the election next time.

How are the laws a set up for Trump’s return to power?  Among other things, they empower partisan Republicans to get the result they want in a number of ways: to oversee elections in the state, permit voter intimidation, set up the potential for fewer drop boxes and polling places which will result in long lines on election day, bar outside groups from supplying voter waiting in line with water or food to discourage minorities from voting, allow for partisan voter purges, and remove neutral election officials replacing them with partisan Republican oversight instead. In Georgia where the bills have already been passed into law, there is an effort to remove election protection power from the Democrats in Fulton country (the densely populated Democratic county around Atlanta) and empower Republicans to control election oversight instead.

Definitive Evidence that Trump Tried for a “Self-Coup”

If you have any doubt that what Trump tried for was a coup, read the article written by Fiona Hill in January 2021. She has studied coups all around the world and her piece details the way that Trump set himself up for what is called a self-coup.

The nail in the coffin was just released by the Department of Justice.  After he lost, Trump was relentlessly pushing the DOJ to say that the election was corrupt, which it was not. Bill Barr had left DOJ at that point. He surely knew that the pressure was coming. Barr was replaced by Jeff Rosen. The New York Times reported that Trump conducted a daily pressure campaign on AG Rosen as one of his last ditch efforts to stay in power.

Trump pressed top Justice Department officials late last year to declare that the election was corrupt even though they had found no instances of widespread fraud, so he and his allies in Congress could use the assertion to try to overturn the results, according to new documents provided to lawmakers.

The exchange unfolded during a phone call on Dec. 27 in which Mr. Trump pressed the acting attorney general at the time, Jeffrey A. Rosen, and his deputy, Richard P. Donoghue, on voter fraud claims that the Justice Department had found no evidence for. Mr. Donoghue warned that the department had no power to change the outcome of the election. Mr. Trump replied that he did not expect that, according to notes Mr. Donoghue took memorializing the conversation.

“Just say that the election was corrupt + leave the rest to me” and to congressional allies, Mr. Donoghue wrote in summarizing Mr. Trump’s response. [New York Times]

This latest evidence of Trump’s pressure campaign memorialized by Donoghue is clear evidence of Trump’s intent and knowledge. Mens rea. Mens rea is usually hard to establish beyond a reasonable doubt, but this evidence could be the nail in Trump’s coffin: Trump is guilty of an attempted coup against our government.

So who sent the MAGA hitmen on January 6th?