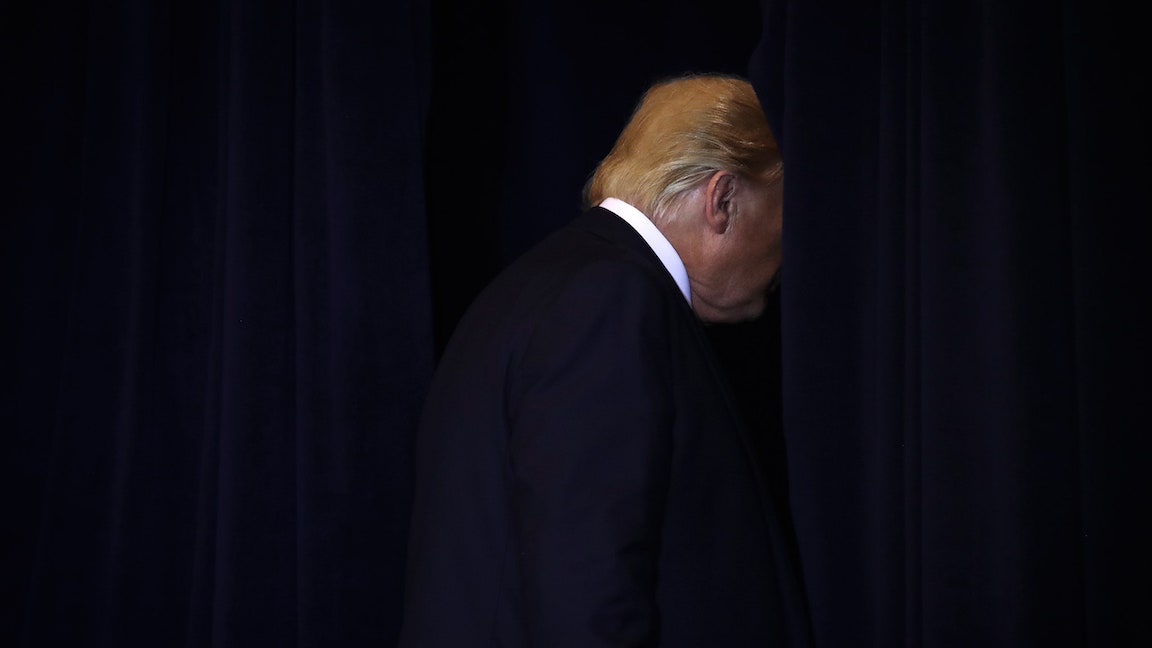 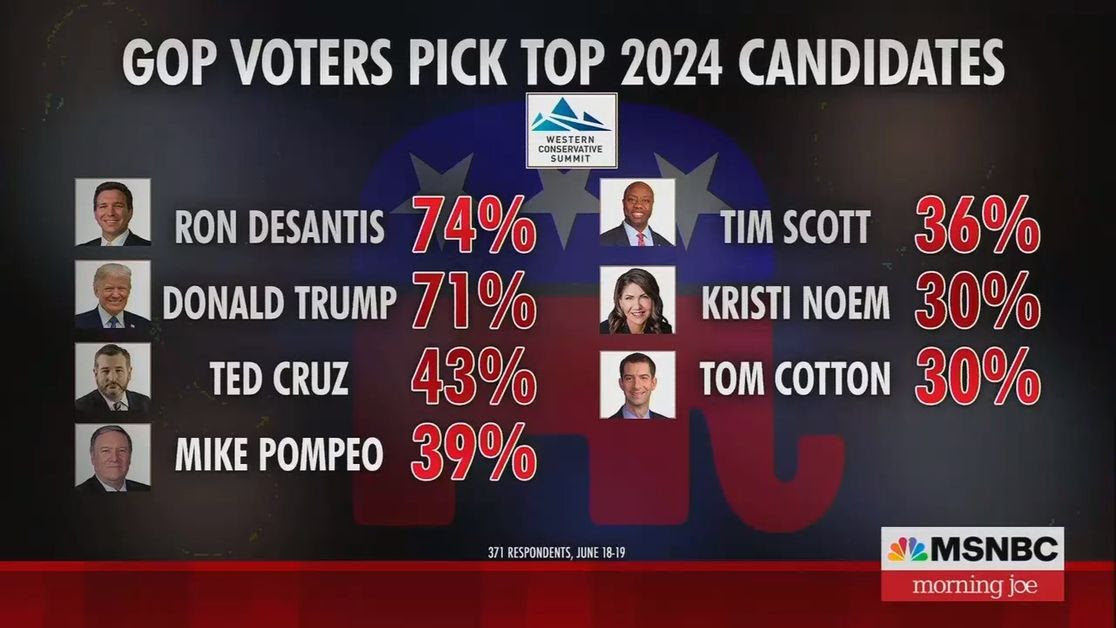 Graphic: MSNBC’s “Morning Joe”
In the most recent special election in Texas Trump put his weight behind his chosen candidate, Susan Wright, and she lost the election.
Wright is the widow of the late Rep. Ron Wright, who had cancer and died in February after contracting Covid-19.
Trump endorsed Susan Wright shortly before the first round of voting, which ended with none of the 23 candidates securing a winning majority, then doubled down ahead of her one-on-one race with Ellzey. He recorded a robocall for Wright in the final days of the campaign and his super PAC, Make America Great Again Action, made a late $100,000 ad buy.
Ellzey outraised Wright by a 2-to-1 margin among smaller dollar donors and collected the support of a number of high profile Texas conservatives, including a pair with close ties to Trump: former Gov. Rick Perry, the former President’s first Energy secretary, and Rep. Dan Crenshaw, who defended Ellzey against a barrage of attacks from the Club for Growth, an anti-tax group, and testified to his allegiance to Trump.
Trump is still popular in Texas, but this election outcome exposes and may foreshadow the limits of his influence.
Despite the overwhelming support it has from the American public, Trump says he will primary any Republican who supports the infrastructure bill that is getting closer to passage in Congress. This will not increase his popularity with the American people.  The bill was finalized over the weekend in the Senate and will likely face additional changes in the House but seems primed for passage. If it passes, this will be a huge success for the Biden administration and a victory for Biden that Trump was and still is trying to damage to help himself get reelected in 2024.

It is true that president Donald Trump remains the dominant force within the Republican Party. But his personal influence and standing may not be as great as many think, and his power is likely to decline over time given the current trendlines.

Polls conducted before Election Day in 2020 regularly showed that more Republicans said they were supporters of Trump than they were of the GOP. Echelon Insights, a GOP polling firm, found in October that 59 percent of Republicans said they were Trump acolytes first, compared with only 30 percent who favored the party first. The firm’s May poll, however, found that Republicans were equally split between backing the former president and the party. A NBC/Wall Street Journal poll shows the same trend. The same poll in September found 53 percent of Republicans saying they were Trump backers first compared with 37 percent who were primarily party backers. By April 2021, party backers led Trump supporters among Republicans by a 50-to-44 margin. Trump is still strong, but his standing is falling, not rising.

Candidates who are going to Mar-a-Lago to kiss Trump’s ring and fluff him up are finding that is not enough to secure a win.  Other candidates are emboldened to ignore Trump. This indicates an erosion of his influence.
Twitter and Facebook have helped with his loss of influence by banning him from their platforms. If Trump is indicted and found guilty in one of his numerous pending criminal cases that should damage Trump’s influence even more with the all important Independent voters who are the voters who decide elections.

Candidates may seek his support, but those who fail to get it don’t drop out of the race. Trump’s endorsement of Alabama Rep. Mo Brooks for his state’s open Senate seat did not dissuade Katie Britt, a former chief of staff to retiring Sen. Richard C. Shelby, from entering the race on Tuesday. Her three-minute announcement video barely mentions Trump and strikes traditional conservative themes of faith, family and hard work.

Nor did Trump’s endorsement of Rep. Ted Budd for North Carolina’s open Senate seat drive Budd’s two prominent Republican opponents, Rep. Mark Walker and former governor Pat McCrory, out of the contest. Contrast this with former senators Bob Corker and Jeff Flake, each of whom decided not to run for reelection rather than face Trump’s wrath. Politically sophisticated Republicans believe they can win GOP primaries without Trump’s backing today, something few would have dared to do even a few months ago.

It’s also worth noting that Trump canceled his much ballyhooed online blog after less than a month because so few people were reading it.

What is Happening to Trump’s Influence Over the GOP?
Many Republicans like Trump’s agenda and his aggressive, self-aggrandizing manner that aligns with the GOP’s up yours attitude about protecting others from the Delta variant and the pandemic. The Trumpian attitude is: Shut Up. Leave me alone. I’m not wearing a mask and not getting vaccinated because I have the right to refuse even if I die and I don’t care if I take others down with me.  If another candidate like Ron DeSantis can embody the GOP self-centered approach to life, it seems like many Republicans could be ready to move on from Trump himself.

An April Echelon Insights poll found that only 41 percent of GOP voters want a party that is led by Trump. Thirty-eight percent take less positive views toward Trump’s future role, with the party’s center being the 21 percent who want a party that supports Trump’s “America First” agenda but is not led by him. As more potential candidates such as DeSantis show that a Trump-like party shorn of his toxic elements is possible, the more Republicans will leave Trump behind.

How Will We Know If Trump’s Influence is Really Over?

Next year’s party primaries will be the big test for Trump. Why? Because he is staking his future power on defeating Republican members of Congress who voted to impeach him and has been busy endorsing Republicans who swear abiding love for him. He will need to win a clear majority of those contests to prove he is still the leader of the GOP. If that doesn’t happen, Republicans will realize that they can successfully ignore him.  Many Republicans are eager to ignore him, but they are biding their time to see what is going to happen with the base.

If Trump is Out of Power is Democracy Safe?

Even if Trump’s influence is waning that does not mean our country is safe from a Trump mini me autocrat wannabe taking control and finishing the job Trump started using the authoritarian’s playbook Trump and the GOP have embraced. A Ron DeSantis could easily follow the playbook Trump set up for the GOP. There is a clear roadmap now.

We have seen Republican state legislatures in battleground states rewrite the rules for elections in ways that expose their true intent: to win by cheating. They have written laws that enable voter suppression strategies which in turn create close elections in red states and then use election nullification strategies they have written into law to win by overturning the will of voters in close races. The playbook is being readied for Trump or another authoritarian to execute a power grab. Once in office, that GOP president could finish the job Trump started: eliminating democracy and replacing it with an autocratic government.

Trump himself could still win in 2024 despite waning popularity. There are very powerful, monied interests in this country and in foreign countries that want to defeat democracy and promote autocracy in our country and if they think Trump is their best vehicle to achieve that result, they will get behind him. https://www.newyorker.com/magazine/2021/08/09/the-big-money-behind-the-big-lie?utm_source=twitter&utm_medium=social&utm_campaign=onsite-share&utm_brand=the-new-yorker&utm_social-type=earned

What is the End Goal of Radical Republicans?

The demographic shift from white American power to a multicultural America is the predominant underlying motivator for Republican voters who have been lied to by conservative media to get them onboard as outraged voters.  In the minds of these people, Trump is the duly elected president. Trump is, in their eyes, the president/ leader of a subset of Americans: White, older blue collar Americans, the only Americans who have the true “right” to vote in this country, according to these people. This group of people does not accept the shift in demographics taking place in this country. Their refusal and fear fuels the Big Lie and the effort to delegitimize our electoral system. This effort is underwritten by ultra conservative billionaires. This is what we have to overcome to keep our democracy.

So, is Trump slip slipping away? We cannot yet be sure. But even if Trump himself is slipping away, Trumpism (the movement to defeat democracy and replace it with a right wing autocracy) is not.