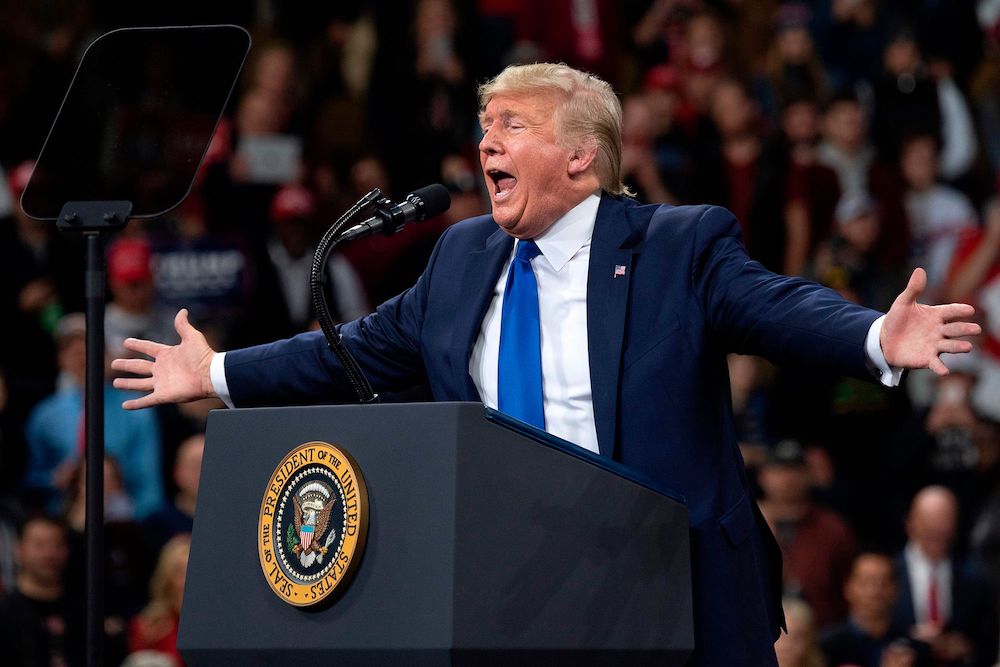 Census Data Was Surprising in Some Important Ways

The granular, very specific Census data is now out and it contains some important information that helps to explain Trump’s rise and his continuing appeal to Republicans. What we learned from this data is that our population in cities and metropolitan areas is more diverse than ever before and that these population centers have gotten larger more rapidly than expected. Rural white America is shrinking: losing population, no longer growing. White people are still the largest demographic, but they represent less of the overall population across the country and their ranks are not increasing.  Minorities are a larger portion of the American population and that growth was more rapid than expected. America also has a large cohort of aging people compared to younger Americans with overall population growth slowing to a crawl at only slightly over 7%.

Here are some more of the findings:

The United States is a country that is diversifying and getting older, as the population continues to shift more into metropolitan areas.

White non-Hispanic Americans now make up less than 60% of the population.

Hispanics are up 20% of the country’s population including Puerto Rico and 19% not including it. Hispanics were just 13% of Americans in 2000.

The fact that White non-Hispanics made up an even lower share than expected defied a lot of people’s expectations. [CNN]

The breakdown of population in America by minority subgroups is thought provoking:

If you factor in the trendlines the results are even more telling:

Americans with mixed racial backgrounds are the most rapidly growing racial group in the country. ​

As much as they are competing for economic resources and political power, America’s racial groups are blending now more than ever. According to the most detailed of the Census Bureau’s projections, 52 percent of individuals included in the nonwhite majority of 2060 will also identify as white. By the same token, the white group will become much more diverse, because 40 percent of Americans who say they are white also will claim a minority racial or ethnic identity.

What This Means for Our Politics

In terms of how this may affect politics, the trendline and implication are clear. Winning candidates will have one of two options in the future.

They’ll either need to rely on more diverse coalitions than they have been used to in previous years, or they’ll need to run up the score with White voters. Donald Trump did the latter in 2016, but actually gained among people of color in 2020. [CNN]

The two presidential candidates in 2020 already followed this playbook. In the 2020 presidential election, Joe Biden’s campaign appealed to the inevitable future: a diverse multiracial population that is rapidly growing in America. That helped him win by over 7 million more votes than Trump.

Donald Trump, on the other hand, doubled down on the aging white population in rural America, although he also convinced a remarkable number of Hispanics in places like southern Florida and parts of Texas to vote for him (even though that vote was arguably against their self-interest). Trump used fear mongering to agitate a shrinking portion of the electorate that was highly motivated to vote out of fear of the browning of America and they turned out for him in huge numbers.

2020 Was Actually a Close Election

Biden won in the Electoral College by only about 43,000 votes which was less than Trump won by in 2016 against Hillary Clinton (about 77,000 votes). This explains why Trump tried so hard for a coup after he lost. He might have pulled it off by calling into question a few thousand votes in key states. He conducted pressure campaigns on Republicans to force reconsideration of vote totals in states that could have shifted the result in his favor in the Electoral College. Trump believed that if he could convince enough Republicans to back his Big Lie, he really might be able to stay in power. And he got pretty darn close to doing that.

We are learning more and more about the coup attempt Trump engaged in after he lost the election. The January 6th attack on Congress was Trump’s last stand — an attempt by the MAGA crowd to disrupt and prevent the certification of Biden’s win. Had they breached the hiding places where lawmakers were sheltering in place, Trump’s insurrection might have succeeded. We will learn more about what Trump was up to soon because Congress is currently investigating who was pressured by Trump, who helped him and what Trump himself was doing behind the scenes. Our country got very close to losing our democracy as Trump tried to stay in power, violating norms and breaking laws in the process.

Republicans are still engaged in a slow moving coup across the country using the Big Lie to falsely claim a need for “election integrity” when the 2020 election was one of the most well run, uncorrupted, fair elections in our history. They claim this so that they have an excuse for passing legislation in Republican led states that allows them to overturn the will of the voters in the next election as well as interfere with the administration of the vote count by replacing neutrals with Republican partisans in oversight roles.

Why are Republicans doing this? The Census helps to explains it.  The Republican base is shrinking. There is a rapidly growing multiracial electorate that generally wants what the Democrats are offering. Republicans have resorted to fear mongering and cheating to try to maintain power as their numbers shrink. Politicians are getting help from Fox News hosts, OANN, Newsmax and other conservative platforms.

White Supremacist groups and conservatives like Tucker Carlson have been focused on a cynical and divisive theme that whites are being “replaced” especially by people coming in at the southern border.  That rallying cry goes to the heart of the agitation experienced by many rural white voters who really are afraid that they are being “replaced” by minorities when it comes to influence, jobs, prestige, culture and power. Trump tapped into the angst especially of the older white Evangelical voter who has been jacked up by conservative media to fear the coming change. No wonder Evangelicals supported Trump even though he is anything but the poster boy for religious faith and pious behavior.

Culture war strife also works for Trump and other Republicans because it is shorthand for the tension happening in America as we move from white majority country to a true melting pot country.  Even the concept of “cancel culture”, prevalent in conservative media to create outrage, taps into the angst of many white Americans who feel their history, their culture, is literally being canceled.

The huge voter turn out we saw in 2020 was motivated by agitation and fear on both sides of the political spectrum around this pivotal event in American history we are living through as the country shifts from white majority to multiracial.

The reality is that a distinct White America, Black America or Brown America is melting away as our country becomes a truer melting pot, a racially blended America.

We are in the throes of a huge historic demographic change. Until we get to the other side of this period in our history, we will probably have to contend with Trump (or someone like him) and Trumpism–right wing demagoguery. Just as the multiracial future is feared as an existential threat to some white Americans, Trump represents an existential threat to the rising tide of multiracial America.

For Trump and Trumpism to successfully win elections, conservatives need to keep the idea of a stark divide intact: white America vs multi racial America. Yet America’s inevitable future is a multiracial future; the stark demographic divides are already blurring and blending which will accelerate as the next generation grows up because that generation is even more mixed race based on the Census findings.

So What Will Partisan Gerrymandering Do to this Incendiary Situation?

Now that the Census has published its data, gerrymandering will begin in earnest. Partisan gerrymandering has been permitted by the Supreme Court, but racially motivated gerrymandering is impermissible.  Republican led states will try to create unfair maps and groups like the one led by Eric Holder, NDRC, the National Democratic Redistricting Committee, will challenge them in court using arguments based on the clearly documented numeric rise in multiracial population especially in urban areas in the south.  Given the large number of minorities in metropolitan areas, Republicans might have trouble getting maps that give them any greater advantage than they have currently, because so many minorities have moved into these urban and exurban areas.

The Redistricting Battles Will Begin NOW

Republican strategist Karl Rove declared in 2010 that “he who controls redistricting, can control Congress.” The Republican Party went on to win state legislative and gubernatorial races across the country.

According to the nonpartisan Cook Political Report, Republicans control the redistricting process in 17 states, Democrats in seven. The power is split between the parties in a half dozen states. Fourteen have independent commissions, mostly appointed by legislative leaders. Six states do not need to divvy up districts because they have only one seat in the House.

Cook Political Report analyst Dave Wasserman noted this year that Republicans have to pick up only five seats to win back control of the House of Representatives. He estimated Republicans are positioned to pick up the equivalent of 3½ seats from Democrats through the redistricting process alone.  [USA Today]

The way maps are drawn in key battleground states will affect the composition of Congress for the next decade.

The extent to which Republicans get away with drawing unfair maps will affect the ease with which America evolves into a multiracial country. Why? Because if we do not get fair maps that will create an overrepresentation of Republicans in the House. If Republicans get to take leadership control in the House and Senate our country will not have laws that represent the interests of a majority of voters in America. The laws that would get passed by a Republican led congress would reflect the priorities of  the 1% as we experienced in the Trump administration, the policies promoted would not address climate change, or the needs of the working people of our country, gun control, reproductive rights, voting rights and much more.

If the will of the majority is not fairly represented in Congress, and the will of the Trumpian minority is overrepresented, we will have an even greater period of tension and outrage in our country. A majority of Americans will be enraged by a congress that is deaf to their concerns, unresponsive to their needs, and animated by racial bias.

We can help insure that fair maps are drawn. Go to the NRDC website. You can donate. You can also get involved to insure we get fair maps.  https://democraticredistricting.com/