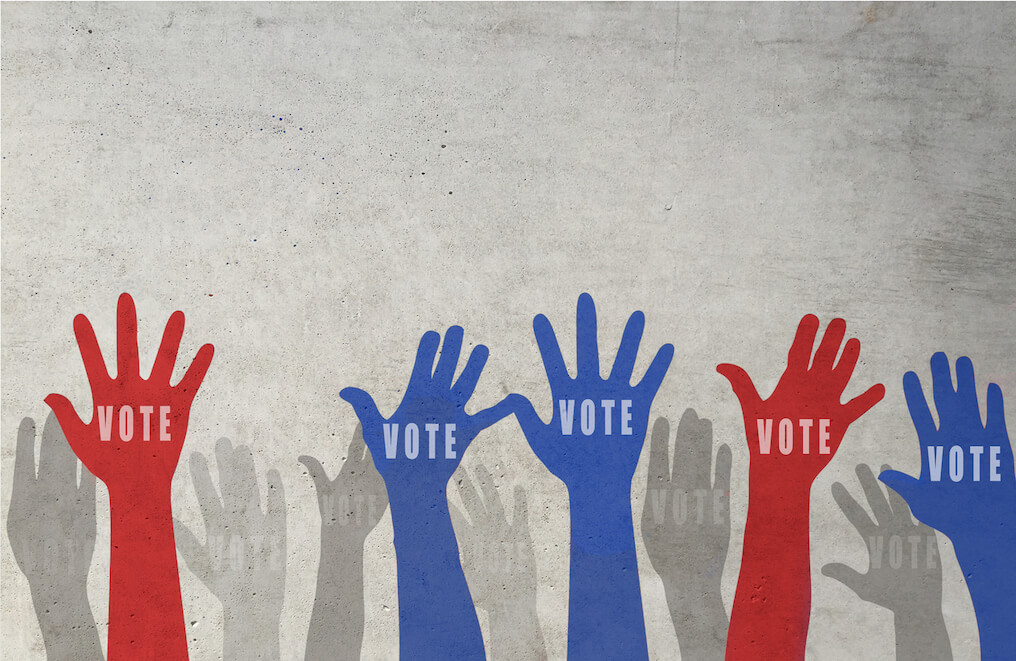 Joe Biden came into this presidency hoping to be a transformational president.  He believed he would be able to find enough senators from both sides of the political aisle to pass legislation without messing around with the filibuster. The way the filibuster is interpreted currently in the Senate, passage of most legislation requires 60 votes with just a few exceptions. The founders wanted a simple majority to have the power to pass legislation and were worried about the tyranny of the minority which is what we have today. But over time these rules requiring 60 votes for almost everything have evolved and contribute to the high level of disapproval Americans feel about their government because so little gets done. There is an exception for judicial and administrative appointments and another for legislation that directly affects the budget which is limited by the Senate Parliamentarian to only budget items that pass muster (more on this in a minute).

The two huge infrastructure bills that are coming up for a vote in the Senate are part of Biden’s hoped for transformational agenda. One of those bills is the bipartisan bill that IS supported by both Republicans and Democrats.  There is still wrangling over the amount of funds and what they will be used for.  But it looks like it can pass despite the need for 60 votes because there are enough Republicans on board. Why are Republicans on board with something that could help Joe Biden have a successful presidency since their goal is to wreck his presidency?  Because it is the only legislation Republicans will be able to point to to show they are helping Americans when they run for office in 2022. They need it to pass so they can win. Winning their elections is the only thing these guys care about.

There is also another infrastructure bill that is not supported by Republicans at all and it expands the idea of infrastructure to include things that were never in such a bill before such as access to the internet even in rural America, climate change and childcare so that women can work. How can it pass without Republican support? It directly affects the budget and economy. The Senate Parliamentarian agrees and is on board with this. So it can pass with a simple majority vote.

But after this infrastructure bill gets passed, assuming it does, that is the end of the Biden agenda because there is nothing else that will fit into the narrow and limited exceptions to the filibuster rule.

The Big Lie Lives On

Looming over this administration is the shocking corruption of the Republican Party. The Big Lie begun by Trump has spawned multiple red state passage of draconian voting laws that will suppress the vote and keep people of color (who usually vote Democratic) from having their vote count or, if it does, will allow red states to simply overturn the results of an election by asserting voter fraud without any need for evidence of fraud.  Mere assertion of fraud will trigger the power some of these Republican state legislatures are granting themselves to overturn the election results.

This is a profoundly undemocratic turn of events. This is clearly cheating. It wouldn’t be allowed in any other game or sport where both sides are supposed to have a level playing field like football, soccer, tennis, volleyball or any other sport you can think of. One side cannot have an unfair advantage. But the GOP has changed the rules of the game to advantage themselves in every conceivable way when it comes to voting rights and simply lie about what they are up to. For Republicans it’s Heads I win. Tails I win.

Unless Biden does something to counter what red states are doing to voting rights, this really could be the end of our democracy.

There are two Senators who are reveling in their power as Democrats to dictate what will happen to voting rights. The power comes from their ability to shoot down anything they don’t like because the Dems need all 50 Democrats in the Senate to vote together.

One of the people asserting outsized power is Joe Manchin of West Virginia, a man who is deeply connected to the fossil fuel industry. The other is Krysten Sinema of Arizona, who is an enigma to many people. Is she really willing to assert her power to block progressive legislation and torpedo this administration’s agenda?  Or is she simply grandstanding? It is hard to fathom. But many say if Joe Manchin decides he is in favor of the revised voting rights bill that reflects his input, she will not be the stand alone hold out.

Manchin balked at the original John Lewis Act. He had his own ideas about what should be in a voting rights bill. Because of his power to influence this legislation, there is a second voting rights bill that conforms to what Manchin wants.  Fortunately, it includes a lot of good stuff that could beat back much of the bad state voting laws that have proliferated across the country and it also gives some goodies to Republicans such as the ability to purge voters from the rolls under certain circumstances.

If the Manchin bill, Freedom to Vote Act, can be passed by the Senate, partisan gerrymandering should be against the law and that would be very helpful in the fight for fair maps that we are about to have in this country.

When it comes to “preclearance” (the power of the federal government to challenge unfair voting legislation by the states), Manchin wants to weaken the role of the Department of Justice compared to what it was before the Shelby decision by the Supreme Court which removed the power of preclearance from the DOJ.

Manchin now seems to endorse most of the John Lewis Act, which would impose preclearance on jurisdictions that have committed “15 or more voting rights violations … during the previous 25 calendar years” or on jurisdictions with 10 or more violations, “at least one of which was committed by the State itself.”

But Manchin also would weaken a few provisions of the John Lewis Act. He would “decrease the Attorney General’s authority to deem a state or locality’s actions a voting rights violation,” suggesting that courts and not the Justice Department would play an enhanced role in determining which states are subject to preclearance.

He also wouldn’t allow consent decrees — negotiated settlements between a plaintiff and a jurisdiction accused of voting rights violations — to count toward the violations that could subject a new jurisdiction to preclearance. Manchin says he’s afraid that “savvy lawyers could go into cash strapped localities” and file suits that those localities can’t afford to defend. Then use the resulting lawsuit settlements to “rack up voting rights violations to get a locality or state into preclearance.”

It’s likely that Manchin’s version of the John Lewis Act would be substantially weaker than the Democratic leadership’s proposal. Nevertheless, because the status quo is Shelby County, which struck down preclearance, Manchin’s proposal would revive a potent tool that has historically been very successful in protecting voting rights. [Vox]

Okay. So it is clear that the Freedom to Vote or John Lewis Act needs to pass. But how? Joe Manchin is said to be trying to find the ten Republican votes he will need to get the bill passed without tinkering with the filibuster.  Yeah. Good luck with that. No one except Joe Manchin thinks he WILL find those ten Republican Senators.  The GOP is fast becoming a minority party that has moved away from the political center and represents the interests of white supremacists, the religious right, and the 1% ultra wealthy. Many of the cities, suburbs and exurbs are turning purple and blue. As a minority party the only way Republicans think they can win is to cheat, lie and steal their way to “victory”.

There is another way, of course, if they chose to do it. They could become a bigger party if they were more centrist with a bigger tent welcoming people of color, kick out the white supremacists and embrace democracy again.  But so far there is no indication they are evolving in that direction as a party.

So here we are. Trump might be out of office but Trumpism is not gone. Far from it.

The Way Out of this Mess

It is incredibly important that the revised voting act passes. Too bad it doesn’t qualify as a budgetary matter so that it could pass with a simple majority, you say. Who or what stands in the way of that?  A young woman who is the Senate parliamentarian. (I told you we would get back to the Senate Parliamentarian and here we are). If she says the bill can pass using budget reconciliation by simple majority it will. Well, you say, let’s ask the parliamentarian to do that.  It’s so important surely she will give in this one instance. Will she?  No. Not this parliamentarian. She will be a stickler about what qualifies.

Well, you say, can we remove her and put in a more amenable parliamentarian?  Wouldn’t Trump do that?  Yes. He most certainly would!  But that doesn’t mean Biden would be comfortable doing something so “transactional.” It looks like a cheap move to get what he wants. Biden is all about returning the norms and reinforcing the rules that Trump broke.

Well does that mean Biden himself is standing in the way of the most important thing he needs to do to keep our democracy? Does that mean we are stuck with this mess?

Here is an idea. It would rely on Kamala Harris being willing to stick her neck out and do something necessary that Biden might bless but stay quiet about.

[S]enators can reclaim their right to shape the rules of the Senate even when doing so runs afoul of the parliamentarian, a staff member whose influence has grown dramatically in recent decades as senators lost faith in their ability to interpret Senate rules. Up until now, senators have enthusiastically abused the spirit of reconciliation while adhering, with comic devotion, to its letter; they use it to pass trillions in spending but studiously discard the provisions the parliamentarian deems insufficiently “budgetary,” such as a minimum wage increase. But only senators and the vice president preside over and vote in the Senate, and they have final say over what gets included in reconciliation bills. Rather than acting as automatons who simply read the rulings that the staff hands them (literally), they can include civil rights in the forthcoming reconciliation bill and, when the parliamentarian rules against it, Vice President Kamala Harris can issue her own ruling countermanding the parliamentarian. Fifty senators can sustain Harris’s ruling and pass voting rights, without ever having to vote to alter the filibuster itself.

I am in favor of this end run around the parliamentarian and the filibuster. Are you?

All in favor of saving our democracy say AYE.