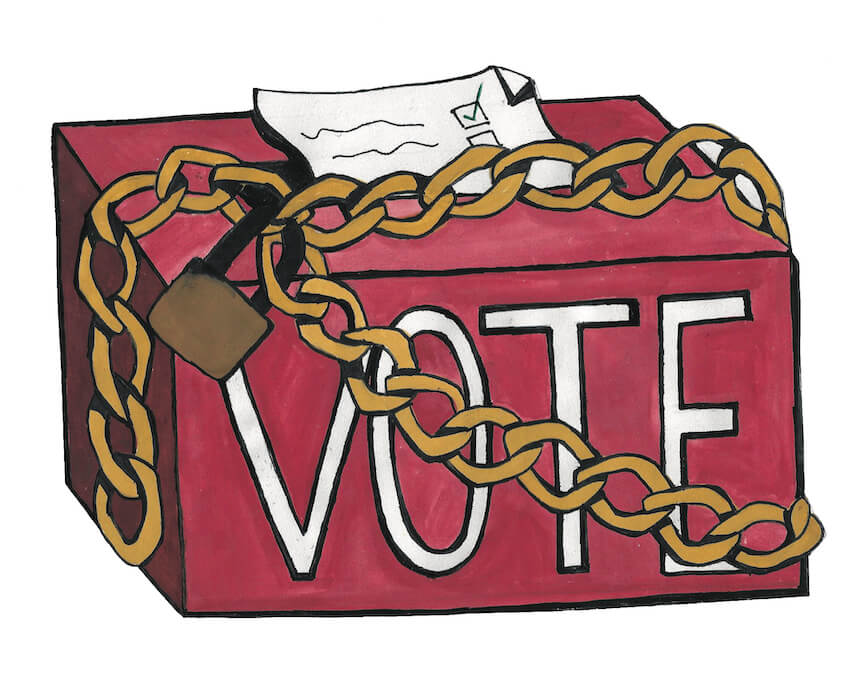 Former Attorney General Eric Holder, Barack Obama, the entire team at National Democratic Redistricting Committee, All On the Line, and allied groups have been getting ready for the fight for fairly redistricted maps and that fight is about to heat up NOW. This will be the defining political fight for the future of our democracy for at least the next decade.

The last time redistricting occurred Democrats were caught flat footed. They did not see what was coming. Republicans gerrymandered extensively, getting far greater representation for their party in Congress and in state legislatures than they should have gotten had the maps been fair. With this current Census and redistricting process, the Dems have a chance to correct the problem or at least that is the hope. NDRC and its allies have already been working on this problem of unfair maps for years which includes getting Democrats elected as governors in gerrymandered states like Wisconsin, and getting secretaries of state and Attorneys General elected because these are the people who can, depending on a state’s rules about the approval process, reject unfair maps and uphold our democracy.

We have seen wave after wave of unfair voting laws passed by states that are run by Republican legislatures. Now that the granular block by block census data is finally out, the redistricting maps will be drawn up by the very same politicians that have generated these undemocratic, draconian voting laws designed to suppress the vote of people of color and nullify (overturn) the outcome if Republicans do not win. The goal of the Republican Party is as maniacal and obsessive as Captain Ahab chasing the white whale in Moby Dick: stay in power at all costs. The GOP is so desperate for a power grab, cheating, lying, disinforming and fighting dirty are all fine by these guys. Winning at all costs is the only thing that matters to today’s Republican Party.

Why is this happening to the GOP? Why are these people so fearful that they have given up the moral high ground they used to at least claim to care about?

The answer is evident: fear. Fear about the coming multiracial America; fear about the loss of the world they knew and the coming of a new national identity in which White people are not so special anymore.

The Census is foretelling our national future. White America is declining.  Pockets of White Americans in rural areas of the country, are becoming more sparse. In contrast, there is robust, multiracial, dense population growth in the metropolitan areas of the country: cities, suburbs and exurban areas. It’s just a matter of time before White Americans are just another racial subgroup in a true melting pot America. This is what is prompting Republican fearmongering that Trump and Trumpism, conservative media, and the Republican Party have become; they are the party of fearful White people.

The result is truly ugly: draconian voter suppression laws, laws that permit election nullification if Republicans don’t win, and, soon, predictably unfair maps especially in key battleground states. We will see tortured lines drawn to try to “crack and pack” Democrats together to minimize their electoral impact while getting maximum electoral power and impact for Republican voters.

Watch for the big fight coming especially in four states: Florida, Georgia, North Carolina and Texas. (There are also others to watch. Take a look at the NDRC website to see if your state is one of them.) https://democraticredistricting.com/

The data from the Census shows some interesting trends. 1) People in America under 18 are more diverse, multiracial group that tends to live in urban metro and suburban areas. 2) The sunbelt grew the most in terms of population and the counties that grew increasingly represented many more Democrats: 70% more growth from 2012 to 2o20. 3) The shrinking population areas that are more solidly Republican are also more rural. If the new maps are fair, Democrats should do well. But it will be a fight to be sure they do.

North Carolina, which is one of the states that will have a big fight over its new maps, grew the most in the research triangle area of the state and that area is more filled with Dems. Fair maps would mean the Dems should do better in North Carolina. But you can be sure that the maps will not start out fair given the way the Republican Party is behaving in GOP led states. They have not been showing restraint. Instead they are doing everything they can to tilt the scales in their favor when it comes to voting laws. That lack of restraint may eventually hurt them in court if they overplay their hand.

The Role of NDRC

The National Democratic Redistricting Committee will be analyzing the new maps that will be drawn in every district and every state in the nation. The organization will be watching for compactness and scoring the map for the amount of packing going on watching especially closely for unfairness in neighborhoods where people of color live. Packing Dems together in these districts is a way to suppress the vote by limiting representation for these groups while expanding representation for others, namely Republicans. The NDRC will also watch for splits and partisan symmetry, which leads to wasted votes. The NDRC is very aware of what a fair map should look like for every district in America. They will keep everyone informed including their advocacy arm: All On the Line. That group will pursue lawsuits and encourage citizens to show up to peacefully protest in key states and districts. Showing up to protest is incredibly important.  If you want to help, go to All On the Line and be part of the conscience of America to protest unfair maps. https://www.allontheline.org/

Is it Too Late for this Fight?

No, it is not too late for this fight.  Because of the granular information we have from the 2020 Census it is clear that when bad maps are drawn up they will be subjected to challenge based on the way people of color are affected by the lines being drawn. If the map is unfair, it will probably be evident that racial gerrymandering was the intent because there are so many people of color and mixed racial backgrounds in metropolitan areas, suburban and exurban areas now, there will, of necessity, be racial imbalance in the district lines being drawn.  The Supreme Court has held that racial gerrymandering will be struck down. Partisan gerrymandering has not been barred by the Supreme Court, but racial gerrymandering has been.

Will the Supreme Court Backpedal on Racial Gerrymandering?

For this reason many knowledgeable election law lawyers believe that the Supreme Court will not backtrack on racial gerrymandering.  But because the Court is overrepresented by partisan conservative justices, thanks to Donald Trump, Mitch McConnell and the Federalist Society (Trump was able to appoint three extremely conservative justices in his four year term tilting the Court to the right 6 to 3), the Supreme Court will not likely expand its bar to include partisan gerrymandering- which is gerrymandering based on political party.

What Would Be the Effect of Congress Passing the John Lewis Voting Rights Act?

If that Act could be passed, it would really help in the fight for fair maps because that Act bans PARTISAN gerrymandering. It would make the court challenges to unfair partisan maps much easier for the attorneys fighting for fair maps. Chuck Schumer is working to get passage of the Act, but unless there is filibuster reform (a carve out for voting rights), the Act will not pass because Republicans will definitely not vote for voting rights for people of color because their whole purpose in life is to stay in power by keeping people of color from having greater representation in state legislatures and in the House of Representatives.

But even if the John Lewis Voting Act does not pass, the NDRC believes it can effectively challenge many of the unfair maps that we are going to see emerging especially from the key battleground states that matter the most.

Get involved. Donate. Volunteer.  You can make a difference. Here is the link:https://democraticredistricting.com/