Republicans are intentionally doing everything they can to regain power even if it damages our country and the lives of Americans They are hell bent on their election fraud fiction and an attack on public health measures: masks, distancing and vaccines, because they think that will pave the way to the return of Trump.  How? The Big Lie sets up the fiction that Republican led states must pass laws to bolster election integrity. That allows states to pass laws that suppress the vote, purge voter rolls to limit the vote of people who tend to vote for Democrats (people of color, young people), and overturn the results of an election if they don’t like the result (if Democrats win, in other words). The Big Lie About Masks and Vaccines- that masks and vaccines are somehow bad for you-sets up the likelihood that our country will suffer an anemic economic recovery for which Biden and his administration will be blamed. Republicans think these and other fictions will open the door for them to win in 2022 and 2024. Are they right?

A CNN poll published on Sunday showed that 59 percent of GOP voters said that it was “somewhat” or “very” important to believe that Trump won the 2020 election in order to identify as a member of the Republican Party.[CNN]

Trump and many of his Republican colleagues have allowed a virulent anti-vaccine/anti-masking/anti-social distancing campaign to spread among their voters, reinforced by Fox News. The campaign gained strength just in time for the emergence of a new and more contagious COVID variant: the Delta variant. Polling has shown that the anti-vaccine message is especially popular among Republicans. Kaiser Family Foundation data indicate that Republicans are the group most likely to say they will “definitely not” get a vaccine [Brookings Institute]

Mississippi stands out as an example of a state that has bought into the GOP Alternate Universe hook line and sinker with a very bad vaccination rate (42%) which is lower than the already bad national average (54%). Tate Reeves, governor of Mississippi, is apparently fighting mask mandates and vaccine mandates Biden is trying to implement. Reeves clearly supports his constituents’ right to die with their freedoms intact.

Biden last week said Republican governors undermining the requirements in his new vaccine mandate were putting lives at risk and singled out the Mississippi Republican saying, “In Mississippi, children are required to be vaccinated against measles, mumps, rubella, chicken pox, hepatitis B, polio, tetanus and more. These are state requirements. But in the midst of a pandemic that has already taken over 660,000 lives, I propose a requirement for Covid vaccines and the governor of that state calls it ‘a tyrannical-type move’? A tyrannical-type move?” federal vaccine mandates without commenting on his state.”

These days if you want to be a card carrying member of the Republican Party you are expected to live in an impermeable bubble of mis and disinformation. You must unswervingly believe the lies you are fed by conservative media. You have to believe so ardently and so fervently that you are actually willing to die for your faith in the mis and dis information you are fed by your news outlets, Donald Trump, some GOP governors, Fox News and other conservative media hosts, and most GOP lawmakers who know better (they got THEIR vaccines and Fox has mandates that apply to their workplaces!) and who are not trying to keep you safe. Far from it. You Republicans who believe the lies you are consciously being fed. Republicans, YOU are the cannon fodder for their war on Biden.

The Pandemic of the Misled and Misinformed

We are in the fourth wave of the pandemic. There are 2,000 Americans dying from COVID every single day. There are 670,000 dead Americans all told but still growing. Unlike the start of the pandemic, we have the solution to overcome this plague. Immunizations.  Vaccines are free and for most people, easily available and they work well by teaching your body how to fight COVID 19. It takes about 2 weeks for our bodies to learn, but the process is a miracle of modern medicine.

Most Republicans are unwilling to listen to reason or trust in science, however. They are continuing their dance with death by believing the rot they get from conservative media, Trump and other GOP leaders. But all you need to do is ask insurance companies if vaccines work.  Insurance companies covered the costs of hospitalization before the vaccine was readily available. Insurance companies are no longer covering the medical costs incurred by people who did not get vaccinated and end up hospitalized. That should tell you something. Vaccines work.

You know, this is pretty simple. If you get a vaccine you dramatically lower your risk of dying and hospitalization from this virus and if you are not vaccinated you risk death, long term COVID symptoms including brain fog and long term exhaustion as well as many other continuing symptoms. If you fail to get a vaccine your medical costs could crush you now that insurers are not covering the costs of your Republican inspired refusal. How hard is that to understand?  And who is still unvaccinated at this late date?  Some fearful Democrats, true, and some folks who are not able to get to a Walgreens or a CVS, but mostly these days it’s outraged, freedom loving Republicans. What does your freedom do for you when you are dead? This is a pandemic of the misled and lied to.

The GOP has become a death cult that is holding us all back from living our lives again.

A Lot of People Are Getting Tired of These Friggin Republicans

The [hospital] workers are baffled over how, after so much pain and death, there is still even a debate over whether to get vaccinated or wear a mask in public. Their patience is wearing thin, they say. And as they toil in stifling plastic protective gear, or glance down the growing lists of new patients to contact, exhaustion has settled in. Many have quit, Patel said, or are thinking about it.

There have been more than 23,000 deaths in D.C., Maryland and Virginia since the first was reported on March 14, 2020. Health-care workers are now in their 19th month on the front lines. [Washington Post]

A lot more Americans, beyond those weary hospital workers, are experiencing empathy fatigue these days. Most Americans want our lives back.  We are sick and tired of the GOP wrecking our economic recovery to make Biden and the Dems look bad. It is clear that Republicans are anti-American. Led by Mitch McConnell, they will not vote to expand the debt ceiling so that they can claim they are the party of fiscal conservatism. The truth is that Trump gave away the store to the 1% and now the GOP is trying to pretend THEY are the fiscal conservatives. The result of a default could be the loss of millions of jobs but also a black eye for the Democrats. That’s what Mitch wants to have happen whether or not it hurts our country. The Republicans also don’t care if you die of COVID so long as they can claim the resulting economic anemia is the fault of the Dems.

It is beyond corrupt, beyond cynical what the Republicans are doing. I think it is criminal. They are intentionally lying to their base to keep their political tribe unvaccinated, exposing them to a horrible death from COVID, so that the economy will tank which will hurt Biden’s approval ratings which would give Trump a path back to the presidency. That’s what’s behind all this disinformation when it comes to who won the election and the way to handle this pandemic. I really don’t understand why this is not a crime. This disinformation by conservative media and Fox hosts like Tucker Carlson and others is done with knowledge and intent.  The mens rea is there. Where are the wrongful death lawsuits? 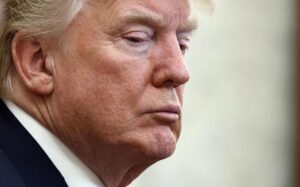 Previous post Isn’t Trump Guilty of Something After Jan 6!? 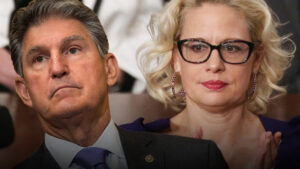 Next post Two Democrats Are Failing The Entire Nation. Why?

Two Democrats Are Failing The Entire Nation. Why?

The Fight for Fair Maps is ON! Join It!