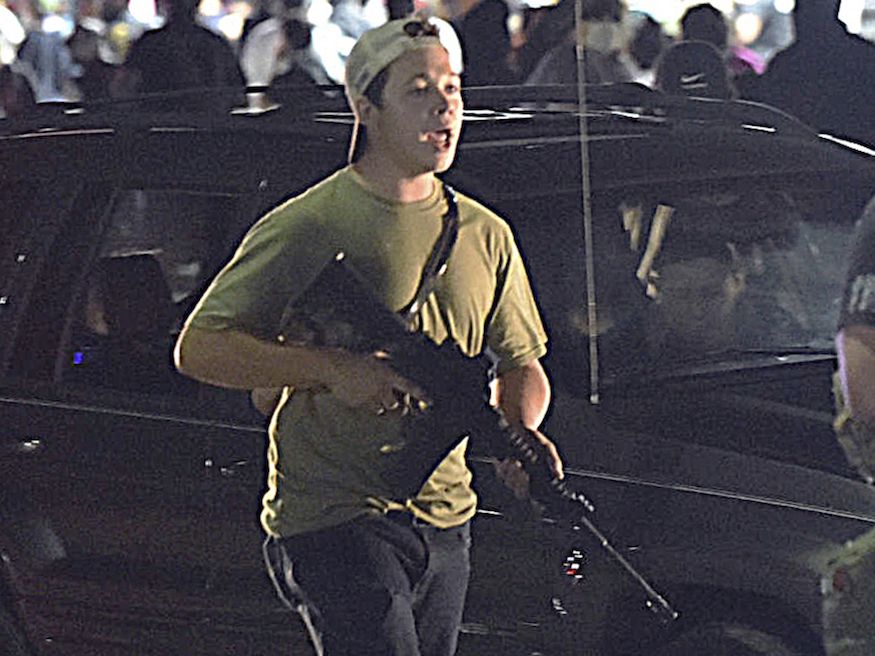 When I worked as an Assistant States Attorney in Philadelphia and Chicago there were cases that we called “dogs”. “Dogs” were cases that were really hard to win because of the facts, the law, the witnesses, the judge who had been assigned to the case or a mixture of all of the above. Really bad cases that no one could win were called “barking dogs”. The Rittenhouse case was a “barking dog”. The prosecution of a “barking dog” could be likened to assigning a soldier a hopeless wartime mission destined to fail: “Here you go…Take this note to the commander of our undercover team that has been exposed and is currently under assault behind enemy lines. It’s been nice knowing you.”

Why the Rittenhouse Not Guilty Verdict Was Likely

As we all know by now, Kyle Rittenhouse has been found not guilty on all counts. News coverage of this trial has been pretty lame when it comes to explaining the legal issues.  For anyone who is not a law professor or former criminal prosecutor, it might have seemed likely that Rittenhouse would be convicted of SOMETHING. It really looked like Rittenhouse might be found guilty if you listened to the reporters. Like it was a 50/50 chance. But that was bad reporting. That trial was probably determined before it even got started.

The first mistake of the prosecution was over charging. If they had charged Rittenhouse with some lessor offenses they might have gotten a guilty verdict. Prosecutors might have been pushed by public opinion to over charge because there was such an outcry about Rittenhouse and his vigilantism. But responding to public outrage by overcharging is a set up for major disappointment if your goal is to discourage vigilantes and self-appointed citizen crime fighters from doing this kind of thing in the future. Our country is so divisive, thanks to Donald Trump and the Republicans, the prosecutor probably would have had an uphill battle to charge Rittenhouse with lesser offenses that would have led to a guilty verdict or a guilty plea because the consequences would not have been so great for the 18 year old defendant.

Given our political strife it is understandable that the prosecution decided to go ahead with serious charges of reckless homicide, recklessly endangering safety, and various degrees of intentional homicide to prove to the public that they were going to throw the book at this guy even though they must have known there was only a slim chance for conviction, if that.

Complicating matters was that the seeming slam dunk lesser charge, a misdemeanor gun charge related to a minor in possession of a gun, was thwarted by Wisconsin law due to the length of the gun barrel!  In the final analysis the prosecutors may not have had a lesser gun offense available to them to charge. More on that in a minute.

The next problem was that Rittenhouse had a really good claim of self defense especially given the laws in Wisconsin. The prosecution had to prove intent. That meant that the prosecutor had to prove beyond a reasonable doubt that Rittenhouse was NOT afraid for his life but had another intent instead when he fired the weapon. That’s hard to do especially when the defendant takes the stand and credibly testifies that he was afraid for his life. The prosecutor tried to portray Rittenhouse as an instigator who was criminally reckless. By bringing an AR-15 to a mob scene where it was dark, hard to see what was going on and people were already upset and outraged was asking for trouble. Just seeing such a weapon would terrify most people and it did. Rittenhouse was there after curfew but so were the other people there that night.

The whole scene was a full on mess of angry, worked up people. Into that chaos came Kyle Rittenhouse with his AR-15 strapped to his body. Rittenhouse was chased by Joseph Rosenbaum who was unarmed himself but very worked up. Rittenhouse shot him dead at close range as Rosenbaum reached for the barrel of the weapon. Huber, a second victim, probably believed Rittenhouse was an active shooter. He chased and attacked Kyle with his skateboard hitting him in the head. Rittenhouse shot him dead also. The third victim (who survives being shot in the arm at close range) Grosskreutz, a medic who carried a gun, admitted on the stand that he had in fact pointed the gun at Rittenhouse. Wisconsin law allows a person to use deadly force if he “reasonably believes  that such force is necessary to prevent imminent death or great bodily harm to himself.” And in Wisconsin there is no duty to retreat before using force.

Because of the way Wisconsin law is written, Rittenhouse could credibly say he was not only afraid of being assaulted by Rosenbaum, Huber and Grosskreutz but he was also afraid that one of these protesters could have wrestled his gun away from him and shot him with his own deadly weapon. To me it seems that the laws in Wisconsin need to be rewritten to keep these kinds of situations from happening again and again. If it’s ok to bring a loaded weapon to a chaotic protest and then claim that the weapon you brought with you was the legitimate cause of your fear of bodily harm, others like Rittenhouse will be totally undeterred from thinking twice about bringing a loaded weapon to a melee because that very weapon can be the basis for your claim of self-defense.

Even if you think Rittenhouse cried crocodile tears on the stand, he was convincing enough to accomplish the only thing he really needed to do, namely, get on the witness stand and say he was afraid for his life. Pretty hard for the prosecution to counter that heart felt assertion. Who wouldn’t have been afraid in those circumstances? Videos of the scene that the jury saw gave them every reason to believe this 17 year old (at the time) was telling the truth about fearing for his life. The videos showed Rittenhouse on the ground being exposed to attack with these soon-to-be victims coming at him in this chaotic nightmare that was Kenosha that night.

Rittenhouse came to Wisconsin without a gun. He was not permitted to buy a gun in Wisconsin because he was too young. So he got a friend to buy it for him. The friend committed a felony when he purchased the gun that Rittenhouse used. That friend has been charged with a crime in state court. But because Wisconsin allows people to openly carry weapons around, Rittenhouse apparently was not committing any crime by bringing it to the scene of a protest as he did. (That law needs to be changed!) I believe one reason the charge of illegal possession of a rifle was dismissed by Judge Schroeder was based on the argument raised by the defense that Rittenhouse was not the underage buyer, his friend was.

The Length of the Gun Barrel Was Another Crazy Curve Ball

That jury never got to consider the gun possession charge — one that at one time had seemed a slam-dunk for the prosecution. Rittenhouse was 17 at the time, and there was no dispute that he was armed the night of the shootings with a Smith and Wesson AR-style semi-automatic rifle strapped to his chest.

Though the charge was only a misdemeanor — punishable by a maximum nine months in jail — it might have offered the jury a way to convict Rittenhouse of a lesser crime if they were persuaded by his self-defense claims but agreed with prosecutors that he made a poor decision to carry a rifle on the streets of Kenosha.

Hours before closing arguments began on Monday, Judge Bruce Schroeder granted a defense motion to toss out the weapons charge. Rittenhouse attorneys Mark Richards and Corey Chirafisi pointed to an exception in the law that they said allows minors to possess shotguns and rifles as long as they’re not short-barreled.

The evolution of the law on children and guns is murky. Prior to 1987, Wisconsin banned children from possessing pistols. Then-Gov. Tommy Thompson, a Republican, signed a law that year that expanded the prohibition to include short-barreled firearms, electric weapons, brass knuckles, throwing stars and nunchakus. Four years later, Thompson signed another law extending the prohibition to any firearm. But that law also allowed minors to possess long guns for hunting as long as the barrels were at least a foot long.

In other words, Kyle Rittenhouse skated under the law and around the law in part because Wisconsin laws need to be reviewed and revised. It doesn’t make any sense that Rittenhouse, a minor at the time, could get away with carrying a loaded deadly weapon to a tinder box protest and not be chargeable with at least a misdemeanor because the gun barrel was a certain length. Really? Really?

For all these reasons, however, the Rittenhouse jury decision should not have been surprising. Even at the outset of this trial, the case was a “barking dog” thanks to the judge, the laws of Wisconsin, the evidence in the case and the burden on the state to convince the jury that Rittenhouse was something other than fearful of being killed in that melee. The press should have done a better job of preparing the public for this demoralizing outcome. But the jury did its job.