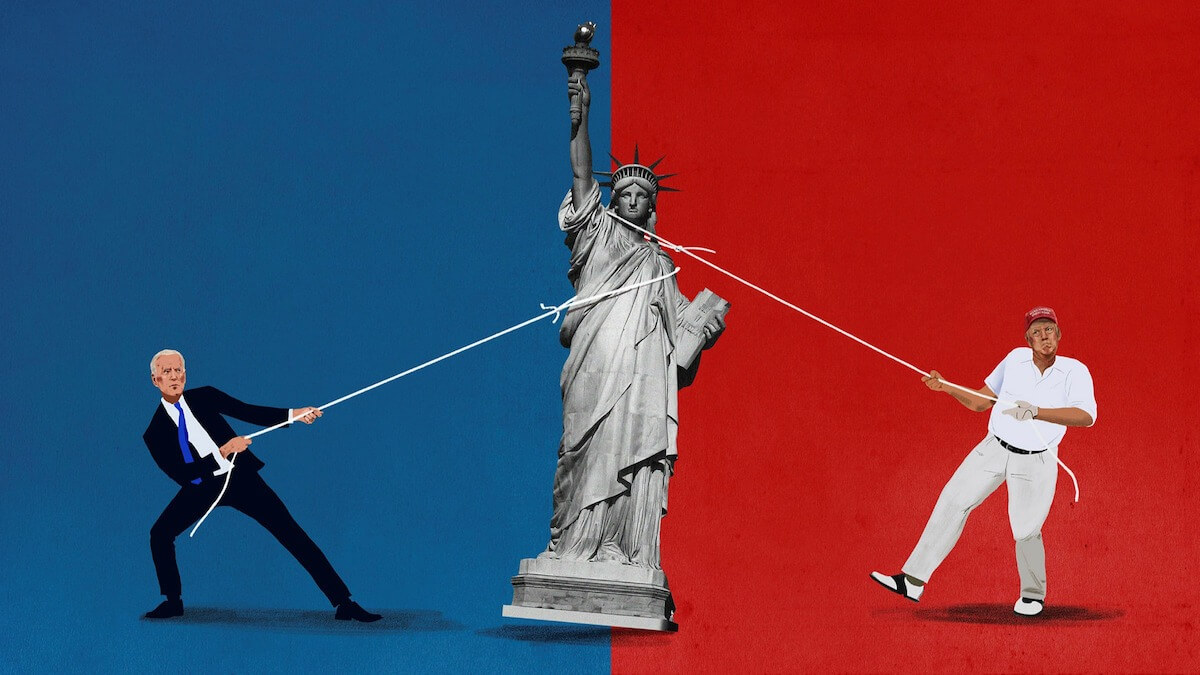 GOOD NEWS FOR BIDEN AND DEMOCRATS

After the drubbing in Virginia for the Dems there was a lot of handwringing but that helped generate good news for the Democrats that could create greater potential for future political wins:

Here is the big question for our country– will outrage and anger win out over good governance and support for the American people?

The Biden administration believes that it can win votes by helping Americans have better lives.

The Trump tribe thinks culture war furor and outrage will win them a return to power.

It is likely that the Biden equation could win the day, but only if people FEEL their lives are getting better. For that to happen the supply chain has to work better, gas prices need to go down, jobs need to pay more and have better workplace cultures and worktime flexibility, women need to have childcare, the pandemic needs to be under control and receding, crime in the cities needs to be addressed effectively, climate change needs to be addressed and suburban voters need to be listened to about their concerns about their kids’ education. That’s a tall order but this administration could pull it off because much of the shift has to do with wrestling the pandemic to the mat. The Biden administration understands that and they are working overtime to get that to happen. But there is one more piece of this puzzle that the Biden administration has to do better and that is both LISTEN and MESSAGE better.

MESSAGING IS CRUCIAL BUT REALLY LISTENING MATTERS TOO

Biden and his communications team should be reminding people every day that this administration ENDED THE CRAZY. This administration got rid of Trump and his nutball team consisting of Rudy Guiliani, Michael Flynn, Sydney Powell and many other people like them with Trump arguably the craziest of them all. Biden returned the country to calm, steady, planful leadership and once Americans really FEEL a sense of relief in their lives, KNOW they and their families are going to be ok, safe and protected, the Biden administration will have reduced the need in America for autocracy. Strongman Trump will be less appealing. Biden will get the afterglow that comes from a sense of personal safety.

Biden is doing a lot that is helpful for this country but he is not talking about it enough. Republicans brag. Democrats get lost in the policy weeds. Right now Dems are allowing themselves to be branded as the party of defund the police, critical race theory, socialism, and wokeness. Most of our country is not woke and even in Seattle and Minnesota, defunding the police was rejected in ballot initiatives. Trump Republicans are using critical race theory to whip up suburban parents to assault and threaten school board members. How sick is that!? Especially since CRT isn’t even taught in Virginia schools and no one seems to know what it is for crying out loud.

The Dems need to aggressively rebrand themselves. No, we do not want to defund the police. It’s rethink or reimagine safety in our communities. No, critical race theory is not criticizing you because you are white and can’t help what your forefathers did. We just want to understand what happened in our country so we can do a better job in the future. You are not being blamed for racism. No, we are not socialists. We are creating pathways for blue collar Americans be all they can be. The Republicans are branding Democrats this way because they want and need you to vote against your interest.  They don’t really care about you. They care about power for themselves, for the rich guys. The Republicans have become looney tunes: Paul Gosar, Marjorie Taylor Greene, Lauren Bobart. Do you really want these people to be running the country again like Trump did? They are pushing all the sane people out of their party: Liz Cheney, Adam Kinzinger, etc etc the list is long.

But messaging is not enough.

Really listening to the needs of the voters matters just as much or more. Suburban women in Virginia did not feel heard. They are worried about their kids’ education and their worry is justified. Their kids have fallen behind because of the pandemic. Dems have to listen to that concern and really address it, not dismiss it. What will be done so that the kids in our country will be able to catch up? What’s the plan for that? Don’t tell these parents that they have no right to tell the schools what to do. This is about parents being justifiably worried about their kids. If the Dems do not address this problem, they could lose the suburbs to Republicans like Youngkin and more state houses to Republicans as happened in Virginia as well. Parents are upset. In fact most of us are upset. The pandemic has disrupted our lives.

IRRELEVANCE IS THE KEY TO DESTROYING TRUMP

Autocrats and dictators rise up when people are disrupted and upset. Fear mongering works when people are afraid. The way to stomp out Trump and Trumpism is to help Americans feel more confident and secure, listened to and responded to. The way out of Trump and Trumpism is probably less to force Trump to have to pay or be accountable for his misdeeds, and more to expose what he did for everyone to see but move on to address the felt needs of Americans.

Don’t get me wrong. I want Trump to pay. He should already be in jail given all the laws he has defied. But I am also aware of how much that would ignite his base and engage them again in expressions of outrage, the need to carry guns everywhere out of fear and pit suburban parents against school board members.  All of that delays a return to normal.

In a strange way irrelevance for Trump is the most effective antidote to Trump and the most horrible punishment that Trump could imagine.  Being notorious (relevant in a negative way) means Trump is still relevant, still famous, still important. Being irrelevant is the worst punishment of all because it means no one cares, no one is waiting for his reaction or worried about his response. If no one cared about him that would be the end of Trump and Trumpism.

The way to get there is for the Democrats to

3) Address the needs of Americans everywhere including people in rural places, suburban places and cities.

The January 6th commission is going about the work of exposure. CNN, MSNBC, NYT, Washington Post and other media are helping with that mission. (Fox OANN and Newsmax are damaging that effort).

The Biden administration is going about the work of recovery– on pace to get us there in the next few months as the pandemic recedes, which would make Trump’s return unnecessary.

And the Dems must listen better and address the felt needs of Americans. If they can do that and the economy is doing well, they might reclaim the advantage in 2022.

It’s a race to the finish to see if responsive recovery can beat fear and outrage.