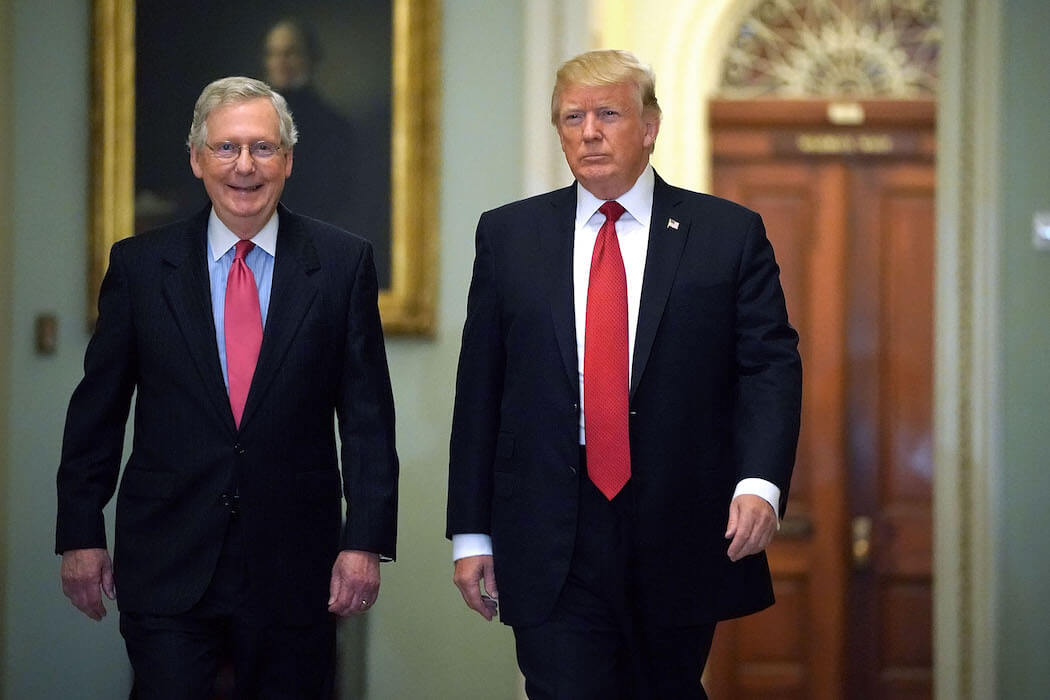 Republicans have found a new approach to get Republicans elected and it is effective.  It will be replicated across the country. Glen Youngkin’s approach in Virginia worked for a number of important reasons.

McAuliffe stupidly helped Youngkin win by putting his foot in his mouth saying parents should have no control over what their kids learn in school. (Auuugh! OMG NO!) That helped him lose in a state Biden convincingly won in 2020. But other things were at work too in the loss of the Virginia governorship.

Manchin and Sinema helped Republicans damage Biden and the Dems by blocking the human infrastructure plan which sunk Biden’s poll numbers and suppressed the Democratic vote.

The Progressive Caucus failed to get real about how right wing our country truly is. America is NOT WOKE!  and that includes a lot of black and brown people, you lefties! They don’t want to defund the police. Even in woke Minneapolis that initiative lost. We need to de-woke-ify the Democratic Party if it’s not too late to do that.

The bipartisan infrastructure plan has not passed yet, reinforcing the idea that Dems can’t get stuff done for the good of the country. Another strike against the Dems.

Republican voters, and Independents, working class people, have drunk the Kool Aide about keeping national spending down to control inflation. The Dems are painted as wild eyed over spending socialists who are ruining the great economy Trump delivered. The Dems overspending must be the reason your burger and gas cost more. (Spoiler alert- it was Trump who ran up the deficit and it’s the pandemic causing supply chain problems. Republicans are doing their level best to keep the pandemic going to hurt Biden and they are succeeding.)

Republicans and conservative media helped Dems to lose by keeping the pandemic going strong- rejecting masks, vaccines, and mandates against the advice of everyone who understands science and medicine. That resulted in supply chain problems, hiking the cost of living, the cost of gasoline and burgers, and the general feeling that the country is on the wrong track for which Biden is getting blamed.

In short, the Republican playbook is going great. At this rate we can look forward to the return of Donald Trump as a dictator in 2024 and the end of our democracy.

We cannot be naïve about what is at stake right now.

Republicans are setting it up so that there won’t be any need for a mob of MAGA insurrectionists to storm the Capitol after the election in 2024 as they did on January 6th.  The insurrection is taking place right now in every statehouse with a Republican legislature in every state without a Democratic  governor to block and tackle and exert his or her superpower: the Almighty veto.

Republicans are rigging the voting system like crazy in statehouses across the country, while pretending they are not. They are blocking passage of the Voting Rights Act which could stop this rash of undemocratic state laws. Given how successful they are with their Glen Youngkin approach, they might not even need to rig anything. They may well win races outright.

Nonetheless, if they do lose, they are creating a backstop for that by rigging the system so it’s Heads we win. Tails you lose.

Does this sound farfetched?

This is the anti-democratic playbook that John Eastman cooked up and tried to implement at the end of Trump’s term after he lost the election to Joe Biden which resulted in the insurrection and attack at the Capitol. Eastman’s roadmap (and that of the GOP) is helped by the Electoral Count Act, which is a mess.

The Trump for president game plan is this:

1) First, rig the system to make it hard to vote at all if you live in areas that are black and brown or you are a student.

3) Or– if the Dem wins, cry fraud and send a Trump loyal slate of electors to the Electoral College.

4) Once there, that Trump loyal slate claims they are the true electors not the slate chosen by the voters of the state.

5) Chaos ensues. The Electoral College has confusing instructions that the Eastman masterplan will try to take advantage of.

THE CONFUSING ELECTORAL COUNT ACT IS PART OF THE PROBLEM

The Electoral Count Act of 1887 (Pub.L. 49–90, 24 Stat. 373, later codified at Title 3, Chapter 1[1]) is a United States federal law adding to procedures set out in the Constitution of the United States for the counting of electoral votes following a presidential election. The Act was enacted by Congress in 1887, ten years after the disputed 1876 presidential election, in which several states submitted competing slates of electors and a divided Congress was unable to resolve the deadlock for weeks.[2] Close elections in 1880 and 1884 followed, and again raised the possibility that with no formally established counting procedure in place partisans in Congress might use the counting process to force a desired result.[3]

The Act aims to minimize congressional involvement in election disputes, instead placing the primary responsibility to resolve disputes upon the states.[3][4] T

The law has been criticized since it was enacted, with an early commenter describing it as “very confused, almost unintelligible.”[10]: 643  Modern commenters have stated that the law “invites misinterpretation,” observing that it is “turgid and repetitious” and that “[i]ts central provisions seem contradictory.”[11]: 543

The Republicans will use the Electoral Count Act to their advantage to get the ball (Trump) into the end zone (the presidency).

THIS IS THE NIGHTMARE THAT IS COMING

Unfortunately, this coming nightmare does not feel like a clear and present danger or emergency. It’s not on the front burner for most Americans. Trump is no longer tweeting. He is not president. This masterplan is subversive, shadowy and surreptitious. It is being implemented by Republicans very very quietly with a pretense that the motive is not to overturn democracy but to beef up election integrity. That’s the fig leaf, the smoke screen, being used by Republicans to normalize what they are doing to undermine our country. That makes it all the more difficult to fight.

This nightmare is sneaking up on us and really could work to upend democracy starting now unless there is some way to block it before it happens. Who or what could do that?

CAN SOMEONE SAVE OUR DEMOCRACY BEFORE IT IS TOO LATE?

Democrats have to learn how to fight and they need to learn fast. They are fighting a team that does not play by the rules while Dems follow all the rules. They need to learn to message better and speak out without apology for what they believe in. They need to call racism racism and ask Americans is this what we want for our children? Really?!

Democrats have to show America that democracy DOES work to make people’s lives better by passing the BIF and BBB but policy alone is not the answer. Americans have to FEEL GOOD about the economy and their prospects in it. The Dems have to stand up for unity over divisiveness and remind people that it FEELS GOOD to be American when we all pull together and that includes people of color who are Americans too.

They must unapologetically insist on mandates, vaccines and masks to beat back Covid and get the economy on the right track. They must be unapologetic and assert that means everyone gets vaccines so we can move past the pandemic and our economy can recover more fully.

They have to try even harder pass the Voting Rights Act. The two Democratic Senators who are really Republicans – Manchin and Sinema who are stubborn, self-centered and in the pockets of the fossil fuel industry and big pharma- need to get the carrot and the stick treatment.  What would Mitch do? What would Trump do? Learn something from the opposition.

The filibuster which stands in the way of Voting Rights and is used by Mitch McConnell to blockade  change, needs to have a carve out for Constitutional rights and if Manchin and Sinema stand in the way they need to be called out as complicit. They should understand that they will go down in history as the killers of our democracy along with the new Trump branded Republican Nazi Party.

And Trump has to have consequences for all the laws he has broken and the norms he defiled. So far nothing bad has happened to him. His base still adores him and thinks he has not broken the law. Without accountability Trump seems to be blameless and above the law. It is important to break that bubble.

Governors are more important than ever before in this fight to save our democracy. Why? Because governors have veto power.

Republicans already have a huge advantage even before the Youngkin approach. Why? Because of the way the Founders set up our government. Republicans have more seats in the Senate while representing far fewer people. The Electoral College does not honor the democratic ideal of one person one vote and gives more power to elect the president to rural areas.  Gerrymandering is going to get Republicans more seats in the House.

In addition, there is ceaseless mis and disinformation constantly spewed and amplified by conservative media, Fox News hosts, social media; and there are billions of dollars spent by the Koch Brothers, the Mercers, the Griffins, the Uiliens and other ultra conservatives who want to stay ultra wealthy Republicans. All of this puts the GOP in the cat bird seat for our coming elections unless the Dems get tough and fight back: get the economy going, beat back inflation, pass voting rights, break the filibuster deadlock and wrangle Covid to the mat.

Governors can do their part by acting as the backstops, the protectors of democratic principles and good legislation when it comes to climate change, gun laws, human rights, reproductive rights, voting rights and so much more. Only Democratic governors, not Republican governors, can be counted on to block the power of the authoritarian movement bubbling up from state legislatures with their superpower: the veto.

Our next elections are not just elections, they are crucial, pivotal battles to save a country we believe in.

This is a fight for all the marbles and for everything we love and care about and believe in. This is a fight for the future of our country for our children and grandchildren. It is the fight for a planet we can still live in despite climate change and the time that was squandered by too many politicians catering to too many greedy special interests.

So it’s worth it.

I hope you will find a way to do what you can to win this battle to keep our country from returning to the clutches of Trump and Trumpism. Here are some thoughts.

1. Donate money to Democrats running for governor, Attorneys General, and Secretaries of State especially in key battleground states if you can.

2. Become a foot soldier in this fight by volunteering. send postcards, texts and make calls to voters in swing states (battleground states) to encourage them to vote, knock on doors, and contribute your time and effort to preserve our democracy.