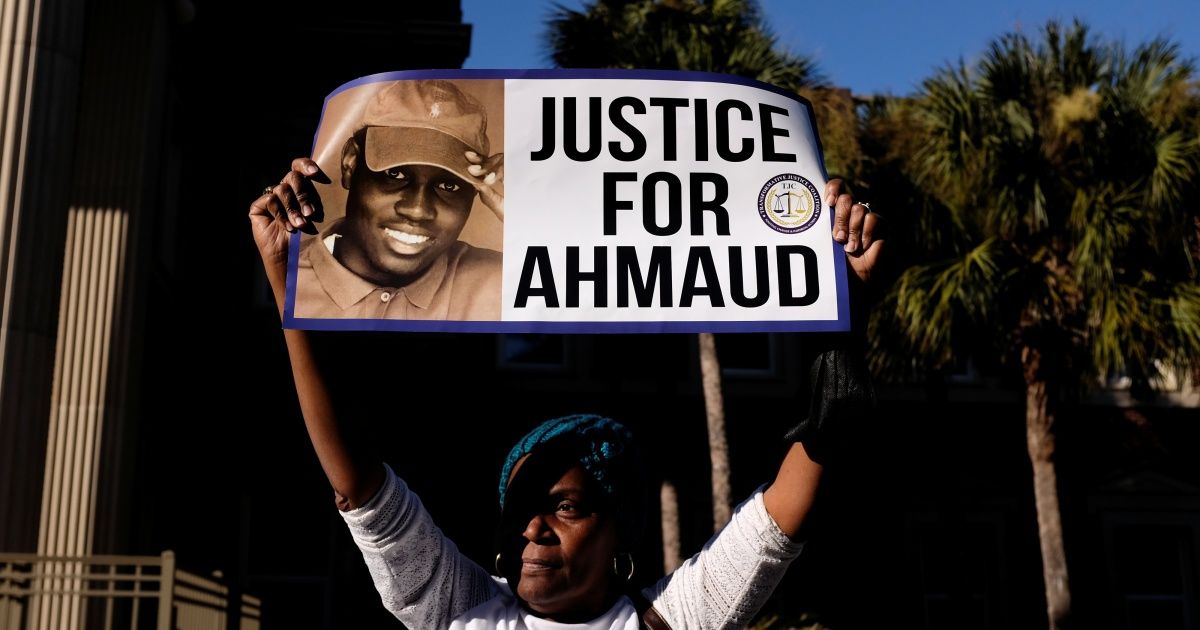 Ahmaud Arbery was an unarmed black man who had occasionally visited a residence under construction in a changing white neighborhood, which might be a technical trespass, but is something many people do out of curiosity without any criminal intent. On the night of the murder Travis McMichael, his father, Greg, and William Roddy Bryant followed Arbery in two vehicles intending to act as neighborhood vigilantes despite the fact that they had not witnessed Amad do anything criminal. Their assumptions about his guilt were obviously based on Arbery’s skin color. The prosecutor mentioned race in this case only one time. Many commentators were upset about that tactic, but it proved to be the right way to appeal to this almost all white jury. There was no need for the prosecutor to rub the jurors’ faces in what everyone could see for themselves- a shocking racially motivated murder of an innocent Black man whose only “crime” was jogging while Black.

Why the Arbery Jury Reached the Right Verdict

There were 11 white people and one Black person on that jury. Because of the composition of that panel, the Judge was concerned about built in bias and he said so at the beginning of the trial. That probably helped those jurors to check themselves for racially motivated bias and base their decisions solely on the facts of the case. The prosecutor, Linda Dunikoski, was excellent. Her instincts were spot on. She explained the case to this nearly all white jury in a way that helped the jury to empathize with Ahmaud Arbery, imagining themselves in his situation.  She also had compelling evidence: the video taken by Roddy Bryant, one of the defendants, and statements made by the defendants that revealed their true mindset.

All of these factors led to the conviction of all three defendants for felony murder and in the case of Travis McMichael, malice murder (the addition of hate as one of the exacerbating aspects of the murder). In addition to the video, which did not show absolutely everything before the fatal shooting, there were statements made by the defendants that exposed their intent.

One defendant told police Arbery “was trapped like a rat” and that he told Arbery: “Stop, or I’ll blow your f—ing head off!” Such statements allowed prosecutors to give context to the short video that didn’t show the entire shooting.

I have read two different versions of how the video came to light. In one version one of the defendants leaked the video thinking it would help them prove their case somehow. In the other version the lawyer who first met with the suspects leaked it to the local press.

The video, taken from inside a vehicle, shows Mr. Arbery running when he comes upon a white truck, with one man standing next to its open driver’s-side door and another in the bed of the pickup. Mr. Arbery runs around the truck and disappears briefly from view. Then the man standing outside the truck tussles with him, and three gunshots are heard.

The video … was first posted by WGIG, a local radio station in Brunswick, Ga., which said it had obtained the footage from an anonymous source.

[T]hat source turned out to be a criminal defense lawyer in town who had informally consulted with the suspects.

The lawyer, Alan Tucker, said in an interview …that the video had come from the cellphone of a man who had filmed the episode and that he later gave the footage to the radio station.

Asked why he had leaked the video, Mr. Tucker said he had wanted to dispel rumors that he said had fueled tension in the community. “It wasn’t two men with a Confederate flag in the back of a truck going down the road and shooting a jogger in the back,” Mr. Tucker said.

The reason that video plus comments were so important was that this evidence exposed the fallacy of self-defense in this case, which was the only defense those three men had for the murder of Ahmaud Arbery once the prosecution established that the idea of a citizen’s arrest was an afterthought.

The defense also made the mistake of calling attention to Ahmaud Arbery’s “long dirty toenails” in an effort to portray him as an animal and to dehumanize him. In the past, that kind of language would have been helpful to the defense, but in today’s America that was deeply offensive and may well have created backlash in the minds of the jurors.

This is a country that has learned a lot in the past two years about what it’s like to be Black in America. What happened to George Floyd was part of a massive re-education for many, especially white, people in this country. Because so many Americans were in lock down due to Covid, people across the country watched that trial and the nauseating, shocking video footage of George Floyd dying under the knee of Derek Chauvin, the policeman who murdered him and who was getting off on his own power in front of a crowd of bystanders begging him to stop. Floyd’s murder was seen over and over again on cable and local news. The Black Lives Matters marches were attended by white people who rose up in larger numbers than ever before to object to the treatment of Black people in America.

Why Self-Defense Did Not Work in the Arbery Trial

You might think the self-defense argument for Travis McMichael was somewhat similar to the one made in the Rittenhouse case, but the facts were crucially different. Facts matter in courtrooms. In the Arbery case, three men acting as vigilantes pursued Ahmaud in two vehicles, coming after him with loaded weapons and threats. Arbery was being hunted. He was the intended victim.

Rittenhouse, on the other hand, decided to show up to a chaotic protest scene after curfew with a weapon that made him a ripe target for the protesters’ rage. Rittenhouse became the hunted. Video confirmed that he was attacked by each of the people who then became victims of his. Rittenhouse could plausibly claim he was not the aggressor and that he was attacked by one person, hit in the head with a skateboard by the next, and a third man pointed a gun at him.  He took the stand and said he was afraid for his life. The video in the Rittenhouse case was supporting evidence that he was legitimately in fear for his life. Wisconsin laws permit a 17 year old to openly carry a loaded weapon as long as the barrel is long enough to be categorized as a hunting rifle. In Wisconsin, the law permits you to claim self-defense without retreating first. The laws in Wisconsin need to be changed to keep people like Rittenhouse from being legally permitted to show up at a protest openly carrying a weapon of war that create the potential for outrage and backlash from the crowd. But knowing the politics of Wisconsin, those laws probably won’t be rewritten any time soon.

In the Arbery case, the defendants tried to portray Ahmaud as the attacker, but the video and their statements did not support that defense. Travis McMichael cannot claim self-defense since he is the instigator. He was pursuing Arbery with a loaded weapon. Even if Arbery tries to grab it, presumably to defend himself, the facts do not support self-defense for McMichael. Having pursued a terrified young Black man instead of calling the police to make an arrest, if an arrest was even called for, McMichael cannot claim that the weapon he brought to the scene caused him to fear for his own life. That convoluted idea was rightly rejected by the jury. Another key point is that McMichael doesn’t tell the police at the station house that he was making a citizen’s arrest. Only later after consulting with defense attorneys does he realize that that would be a good way to portray what happened. The jury could see he was a liar.

The Arbery case was nearly buried because of the first prosecutor involved in the matter, Jackie Johnson. She had a personal relationship with Travis Mc Michaels that predated this incident.  Travis contacted her immediately after the murder with Arbery’s blood still on him. She told Travis to go home and wash the blood off. She would not be pursuing charges. That’s obstruction of justice. She has now been indicted for that.
Once the video was leaked, there was no way to bury this murder and try to pretend it was either a citizen’s arrest or self-defense. The matter was probably seen as a hot potato that some counties did not want to touch. It was sent to Cobb County in the Atlanta metro area for trial where it was assigned to Linda Dunikoski. She has a 17 year record of  prosecuting high profile cases. In her closing argument she did not appeal to race. She appealed to common sense saying the defendants had violated a rule that everyone can relate to, namely, “Don’t go looking for trouble.” And she emphasized the importance of holding people accountable and responsible.
That’s what this jury did.
The result was hopeful for America. An almost all white jury in the deep south convicted all three white defendants on almost all counts. This will be Ahmaud Arbery’s legacy. His name will stand for hope for greater racial justice in America even though his life was lost.

How George Floyd Changed the World