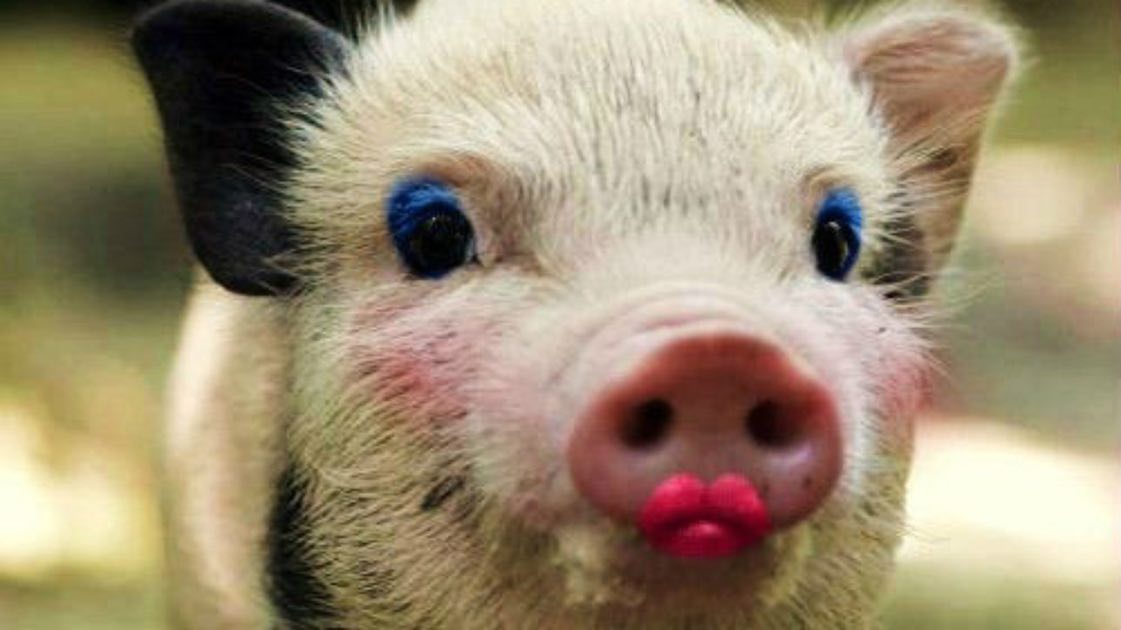 The January 6th House Committee wants to talk with Sean Hannity. It has long been known that Sean Hannity was one of Trump’s unofficial advisors at Fox News. Text messages released by the House Committee investigation into January 6th have revealed that and more. Hannity was communicating with many of the key players in the run up to the insurrection. His texts show he was worried about what was going to go down on January 6th and he knew that Trump was going off the deep end psychologically after losing the election to Joe Biden. In a letter to Hannity, the Committee reveals how closely Sean Hannity was to the center of the insurrection on January 6th. Here is a portion of their letter to Hannity:

The Select Committee is in possession of dozens of text messages you sent to and received from former White House Chief of Staff, Mark Meadows and others related to the 2020 election and President Trump’s efforts to contest the outcome of the vote. At this time, we are specifically focused on a series of your communications with President Trump, White House staff and President Trump’s legal team between December 31, 2020, and January 20, 2021. For example, on December 31, 2020, you texted Mr. Meadows the following:

“We can’t lose the entire WH counsels office. I do NOT see January 6 happening the way he is being told. After the 6 th. [sic] He should announce will lead the nationwide effort to reform voting integrity. Go to Fl and watch Joe mess up daily. Stay engaged. When he speaks people will listen.”

Among many other things, this text suggests that you had knowledge of concerns by President Trump’s White House Counsel’s Office regarding the legality of the former President’s plans for January 6th. These facts are directly relevant to our inquiry.

Also, on the evening of January 5th, you texted Mr. Meadows: “Pence pressure. WH counsel will leave.” What communications or information led you to conclude that White House Counsel would leave? What precisely did you know at that time?

It also appears from other text messages that you may have had a conversation directly with President Trump on the evening of January 5th (and perhaps at other times) regarding his planning for January 6th. Each of these non-privileged communications is directly relevant to our investigation.

Likewise, as you know from the Select Committee’s recent meetings, we are aware of and interested in your communications to Mr. Meadows and others during the violent attack on January 6th, as the rioters were attempting to occupy the Capitol building. For example, we have your text to Mr. Meadows advising that President Trump should “… Ask people to peacefully leave the [C]apit[o]l.” President Trump did not do so until 4:17 p.m. that day. Likewise, later on January 6th, you texted to Meadows press coverage relating to a potential effort by members of President Trump’s cabinet to remove him from office under the 25th Amendment. As you may recall, Secretaries DeVos and Chao both resigned following the President’s conduct on January 6th, as did members of the President’s White House staff. We would like to question you regarding any conversations you had with Mr. Meadows or others about any effort to remove the President under the 25th Amendment.

Additionally, you appear also to have detailed knowledge regarding President Trump’s state of mind in the days following the January 6th attack. For example, you appear to have had a discussion with President Trump on January 10th that may have raised a number of specific concerns about his possible actions in the days before the January 20th inaugural. You wrote to Mark Meadows and Congressman Jordan:

“Guys, we have a clear path to land the plane in 9 days. He can’t mention the election again. Ever. I did not have a good call with him today. And worse, I’m not sure what is left to do or say, and I don’t like not knowing if it’s truly understood. Ideas?”

None of these communications are subject to any kind of privilege, and all bear directly on the issues before our Committee. We cannot in good faith fail to question you on these and other specific issues relevant to our investigation, which includes an investigation into the facts and circumstances relating to the interference with the peaceful transfer of power.

The insurrection on January 6th has been portrayed by Fox News variously as a nothingburger or a false flag operation over and over again. Many Republican voters who are followers of Trump tell reporters that they are absolutely certain the people who stormed the Capitol were Antifa or Democrats because, they say, Republicans would not have done such a terrible thing. Think again, you Trump lovers. This should be your come to Jesus moment. The truth will come out when the House Committee holds open hearings to take testimony under oath, hopefully, on networks that will air it in prime time. Conservative media has been deluding and disinforming you. Your insular media bubble has been trying to put lipstick on this pig or disown this pig. But the truth is irrefutable. The Republican Party not only owns this pig, the Republican Party IS this pig.

What Do the Hannity Texts Expose?

Internal texts from Hannity to the major players in Trump’s orbit expose a very different picture from the one portrayed on Fox News and other media outlets that cater to Trump’s Republican base. We can see even more clearly now that the party line in conservative media has been an incessant lying, downplaying and whitewashing of the events of January 6th.

One of my loyal readers wants to be sure other readers know that even though Fox has an entertainment license and gets away with a lot of disinformation, Hannity should be fired.

Hannity has breached journalistic ethical standards and should be fired from his network the same as Chris Cuomo was fired.  Hannity participated in the events that he was reporting on air and misrepresented them.
Hannity’s attempt to invoke the First Amendment is a red herring designed to mislead his followers.  Nobody has issued a prior restrain or censored Hannity’s free speech.  Hannity’s lies and cover-up equate more to the famous exception to absolute free speech—yelling “Fire” in a crowded movie house.  His lies tend to subvert rather than promote good faith free speech. (Craig Jenkins)
Thank you, Craig. You nailed it!
What Did the Hannity Texts Do to Trump?
The Hannity texts scared Trump into cancelling his speech on January 6th. Trump came under pressure from his advisors to can his remarks on the anniversary of the insurrection. The fear was that he would double down on his Big Lie and throw gasoline on the fire. The Supreme Court is about to make a crucial decision about whether to allow the January 6th House Committee to have access to archived materials that could shed more light on what Trump was up to while the insurrection was ongoing. Trump is said to have been scared that the Supreme Court would refuse to hear his appeal which would hurt his chances to delay and delay until the 2022 election when the GOP is counting on winning back the House and killing the January 6 Committee. If the Supreme Court decides NOT to hear Trump’s appeal that will mean the lower court ruling would stand. That ruling would mean the House Committee would have access to the archived documents they requested.
We already know a lot about what Trump was doing that day from recently published books by reporters. But the Committee knows far more. We know that Trump was in the dining room off of the Oval Office watching TV coverage of the assault being carried out by his followers, while many of his allies on Capitol Hill and his daughter Ivanka were begging him to call off the attackers. Hours elapsed as Trump watched the attack on Capitol Hill and not only did nothing to stop it, he replayed portions of the video feed, excited that his followers were fighting “for him”.  America needs the minute by minute reconstruction of what Trump was doing and saying, the minute by minute text messages he got and how he responded or did not respond, to understand exactly how much Trump is to blame. The House Committee is gathering evidence to reconstruct every minute of that time period. Was Trump’s failure to respond incompetence? Or was it part of a larger plan? How much did he know and when did he know it? Was Trump connected to the money used to finance the coup attempt? If so, what did he know about the sourcing of those funds?

Working in color-coded teams, investigators have interviewed more than 300 witnesses, from White House officials close to Mr. Trump to the rioters themselves, and are sorting through more than 35,000 documents. During its first three months, from July through September, the committee had fewer than 30 staff members and spent about $418,000, according to the latest documents filed with the House. Since then, the panel has increased its staff to about 40 and is looking to hire more investigators. (NYT)

Once the committee starts the public hearings Americans will learn more of the truth. The result could be further damage to Trump’s potential to run for president. Even now, focus groups and polls are picking up sentiment from Republican voters who voted for Trump that a majority want him to either stay out of the running or support someone else for the run (54%) while 44% of Republicans want Trump to run again.

About one-in-five Republicans (22%) say that while they would like Trump to continue to be a major political figure in the United States, they would prefer he use his stature to support another presidential candidate who shares his views in the 2024 election rather than run for office himself. About a third of Republicans (32%) say they would not like Trump to remain a national political figure for many years to come. (Pew Polls)

If Trump does run for president, having him at the top of the ticket after the findings of the January 6th Committee come out could turn out to be the biggest gift possible for the Democrats in 2024.

The American people WILL learn what Trump was doing during that fateful time period with or without the archived evidence, but there might be some hot smoking guns in that trove of documents that could directly connect Trump to the organizers of the assault, for example.
In a few weeks the public will be glued to their TVs watching testimony that the January 6th Committee will present to the American people. Then the question will be whether that evidence would either keep Trump from running again in 2024 or, if he runs, whether his name at the top of the GOP ticket becomes a gift to the Democrats once again because enough Independent voters think of him as a pariah.
Our democracy hangs in the balance.