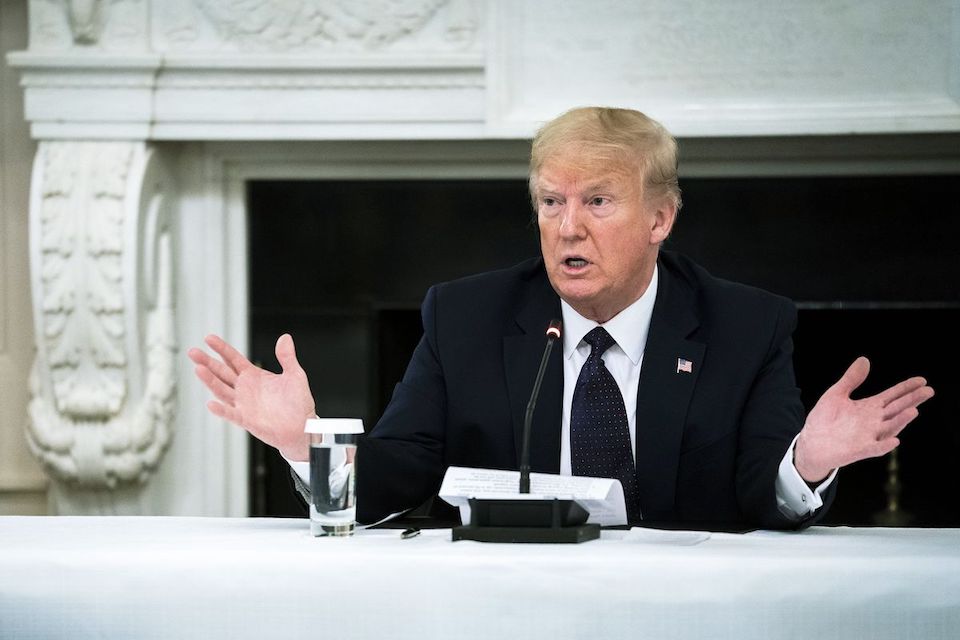 WASHINGTON — The House committee investigating the Jan. 6 Capitol attack issued 14 subpoenas on Friday to people who falsely claimed to be electors for President Donald J. Trump in the 2020 election in states that were actually won by Joseph R. Biden Jr., digging deeper into Mr. Trump’s efforts to overturn the results.

“The Select Committee is seeking information about attempts in multiple states to overturn the results of the 2020 election, including the planning and coordination of efforts to send false slates of electors to the National Archives,” select panel Chair Rep. Bennie Thompson, D-Miss., said in a statement on Friday. “We believe the individuals we have subpoenaed today have information about how these so-called alternate electors met and who was behind that scheme.” (NPR)

The plot to overturn the 2o2o election is getting clearer by the day thanks to the work of the January 6th Committee and excellent journalistic and civic watchdog sleuthing. Reporters tracked down crucial evidence from the National Archives that will be used to flip lower level actors in a targeted conspiracy to defraud the United States orchestrated by the White House and the Trump campaign. Part of the effort was led by Rudy Guiliani. Numerous state level actors, who knew better, signed fraudulent alternate slates of electors documents that were part of a plan to create uncertainty about which candidate won the presidential election in states with relatively close outcomes.

There was no legitimate confusion about who won those states- Biden won. The duly elected slate of electors was duly approved in each of the 7 states that then submitted bogus slates of electors. The goal was to create enough false uncertainty to stop the peaceful transfer of power using the “John Eastman” playbook. If Pence had played along, the transfer of power could have been delayed or undermined, allowing Trump to stay in power longer, perhaps indefinitely, if he played his cards right. At least that was the plan. Based on other information we are learning from the January 6th Committee, Trump also may have been ready to order the military to take control of Washington, D.C. using the Insurrection Act as a tool to prevent the peaceful transfer of power to Biden.

The plot relied on at least one weak link, however: Mike Pence. Pence had to be a willing participant. His role was to call into question the results from these 7 states with alternate slates of electors, which would throw the outcome of the election into disarray. Trump and the Oath Keepers and other rightwing players also tried to pressure Pence by terrorizing him; urging him to “do the right thing” (Trump’s Georgia rally) and terrifying him with the insurrection mob on January 6th that called for him to be hanged. They brought a noose to drive home the threat. Pence refused to play along. I’m not a big fan of Mike Pence, but he did the right thing on January 6th.

Why do the fraudulent electors in those 7 states create exponential risk for Trump? We know from Lisa Monaco that the DOJ is investigating. These bogus electors were all connected to the Republican Party. Some were lawyers. Some were state party operatives. All of them knew better. They were like the flying monkeys in the Wizard of Oz, doing Trump’s evil and illegal bidding.

These slates of bogus electors were not certified by the governor or secretary of state as is required by law. That in itself is a criminal violation. These signers could face prison terms depending on what is charged and the number of counts. They are in deep trouble. Because of that, they will be motivated to flip. Unlike Steve Bannon, they have no interest in being martyrs for the cause. They will want to cooperate with the government to get leniency for themselves. These fraudulent electors will be eager to tell the Department of Justice everything they can. For example, did Rudy Guiliani call them to get them to do this?  What did he say or promise to get them to cooperate? Were any of them directly urged by Trump himself? Who did what and who said what? All of that is going to come out along with probably testimony from people inside the White House who were in the room with Trump when this plot was going down. They would be able to testify about his comments and demeanor as John Eastman told him about the coup or Guiliani talked about the bogus elector scheme.

What Crimes Were Committed?

There are numerous federal crimes that could eventually be charged given these emerging facts.

If investigators determine that Mr. Trump’s allies created the fake slates to improperly influence the election, they could in theory be charged with falsifying voting documents, mail fraud or even a conspiracy to defraud the United States.

“The people who pretended to be official electors in states that were won by Biden were undoubtedly guilty of fraud on the Constitution and on the democracy,” Mr. Raskin said. “It’s a trickier question whether they are guilty of either common-law fraud, state statutory fraud, federal mail fraud or some other offense.” (NYT- Katie Benner)

18 USC section 371 seems to be spot on given the facts we know so far. There was compelling evidence of coordination in the documents themselves. At least 5 of the 7 states submitted slates of bogus electors that used the same words, same font and same format. This is good evidence that the plan was premeditated and carried out with knowledge which goes to proving up the most difficult element in criminal matters, namely, intent.

What Will Happen Next?

The January 6th Committee is working at breakneck speed to gather the information they need to give the American people a clear picture of the multilayered insurrection coup attempt. Once public hearings begin, we will see what they have uncovered. We know from reporters that Trump adopted the Eastman playbook and did everything he could to use it to his advantage to stay in power. But the evidence needs to be strong and convincing to prevent Trump from claiming he wasn’t in on the plot to steal the election away from Biden. We do not know the evidence that has been amassed just yet, but we do know the January 6th committee is hard at work. Everyone on that committee understands that if and when the Republicans regain power in the House they will eliminate the Committee and try to whitewash the insurrection.

However, with or without the January 6th Committee, the Department of Justice will be working behind closed doors to get to the truth and build criminal cases that could cripple or destroy Trump’s attempt to be re-elected in 2024. Bogus electors engaged in the plot along with Trump’s allies in the Oval Office interacting with Trump, watching and listening to him in real time as the plot went down, will be testifying before the January 6th committee and that information will be shared with the DOJ. All of these electors could potentially be important witnesses whose testimony could damage Trump’s ability to regain the presidency even if the Eastman playbook is tried again in 2024. If there is a next time, the public would be very aware about what Trump and his flying monkeys are up to again. That information and exposure would be likely to impact Trump’s polling numbers even with his diehard Republicans base, which is already eyeing DeSantis as a possibly better alternative. If the polls indicate that Trump would lose, I believe Trump will find an excuse not to run for president again because he cannot stand to be the biggest loser.