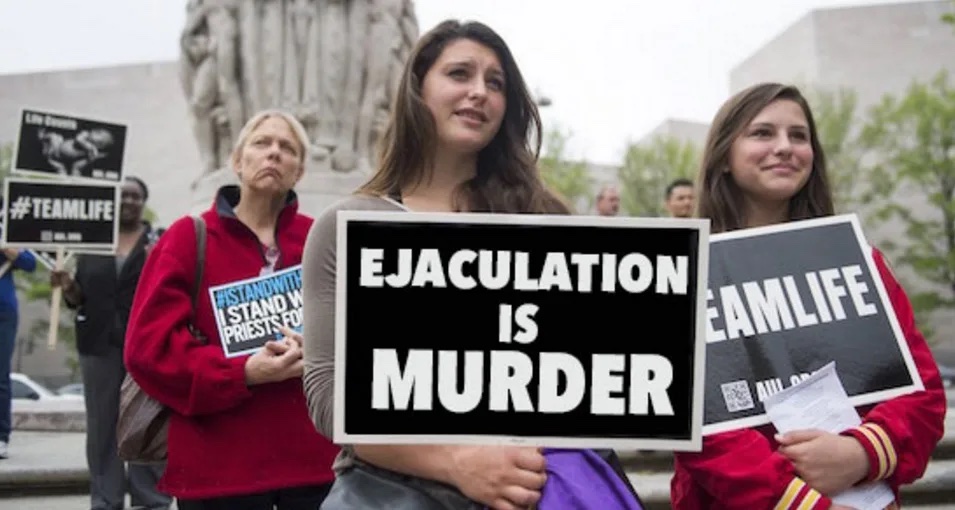 Now that the Supreme Court’s decision in Dobbs allows states to ban abortion because fetuses have a right to life from the moment of conception, it’s time to rally for the rights of sperm. Everyone knows that fetal personhood is a given from the moment of conception. And women should not be allowed to have birth control or contraceptives either because that keeps life from coming to fruition too. Thanks to the Supreme Court decision in Dobbs, states now have the power to tell everyone what they can and cannot do with their reproductive bodily fluids and protoplasm. Let’s think about what this really means if we take this idea to its logical next step.

Every time a man or boy carelessly ejaculates thousands of sperm are deprived of the right to live under the 14th Amendment. This is unfair and unequal treatment under our Constitution. Why are male sperm being left out of the right to life movement? Why don’t sperm have the right to find an egg and live life to the fullest? This is discrimination!

My religion tells me that life begins at ejaculation. And my religion trumps your religion because I say so. This is what I believe. So you must believe it too. If you live in a state that shamefully still allows men and boys to throw away ejaculated sperm then rise up and elect people to your state legislature who will pass laws to prevent this abomination.

Join me in the fight for procreation! Stand up for the rights of the unborn and pre-conceived! Sperm have a right to life too!