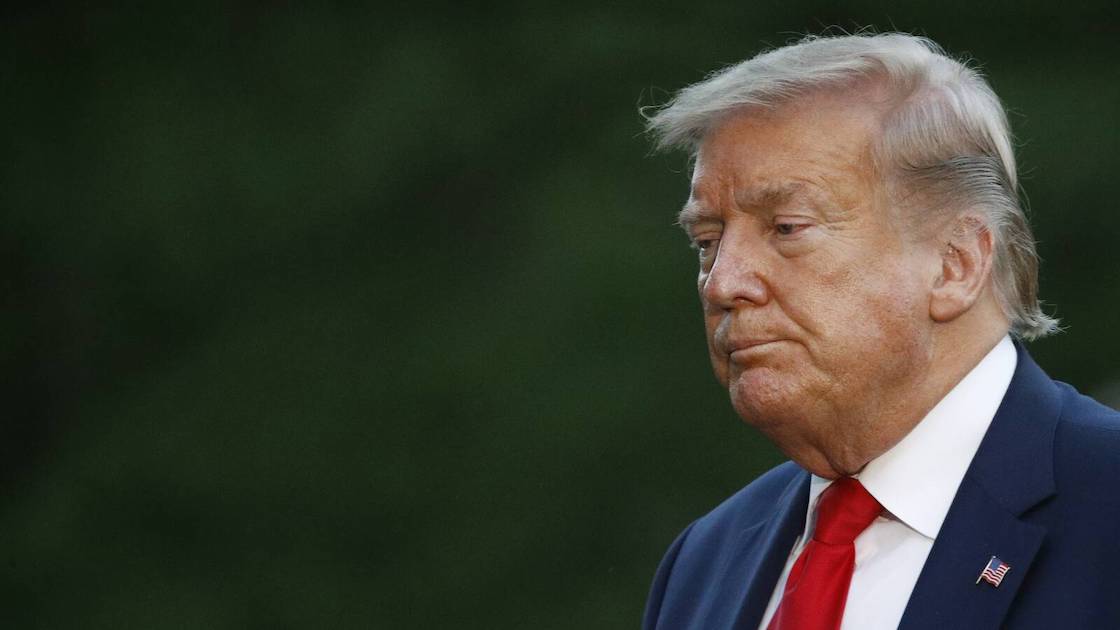 Without Fear or Favor

Merrick Garland has been telling us that the Department of Justice is pursuing justice without fear or favor. But what did that mean?  There seemed to be no tangible evidence that the DOJ was taking Trump’s insurrection seriously. There was no clear evidence from reporters who track these things that there was a grand jury hearing evidence about Trump’s role in the seditious conspiracy to obstruct a government proceeding (the January 6th insurrection). January 6th committee members publicly chided the DOJ and openly expressed concern. Many opinion writers expressed  frustration with Garland’s failure to act. And Garland at times sounded weary as he responded to reporters who kept trying to get him to say whether the DOJ was listening to the testimony from the January 6th committee hearings.

All that is over.

The DOJ IS going after Trump!

Yes. There is a grand jury that has been looking into the insurrection and it is broadly delving into the entire coup including the planning and the aftermath. When it comes to Trump breaking the law there is a treasure trove of potential crimes that could be charged by the grand jury.

The DOJ is not supposed to let the public know if they are conducting an investigation. The way the information often gets out is that reporters who are stationed to watch who comes and goes from the building that houses grand juries see key witnesses exiting that make it clear who has testified in the grand jury and then interview them to find out what the prosecutors were after. Vice President Pence’s aides Marc Short and Greg Jacobs were seen leaving the building that houses the grand jury on July 26th, were asked about what they said in their grand jury testimony and they opened up about it. They told reporters they were asked probing questions about Trump himself–his comments and demeanor. What did Trump say. When did he say it. How did Trump react when they told him this or that. Those questions tell you what the grand jury is delving into.

Merrick Garland also sat down with Lester Holt yesterday (the timing was planned) and responded to questions for the first time that can truly reassure Americans that when Garland says the DOJ is pursuing everyone without fear or favor that everyone includes Trump- even if he runs for president again. Declaring his candidacy will not create a shield for him.

I think Garland waited until the conclusion of the first series of January 6th public hearings before calling in the two key witnesses (Short and Jacobs) to the grand jury knowing that that move would tip off the press to the fact that the DOJ was going after Trump. That timing was the best for the DOJ’s big reveal because the J6 Committee made the whole story of the insurrection crystal clear to the American public and tied Trump to every aspect of the coup from beginning to end. Once the American public had that information, Garland could let reporters expose the existence of this grand jury and reveal that Trump is in the crosshairs. Garland even obliquely clarified that his office had been on this “from the beginning”, even before the January 6th committee got active. I think he wanted to get brownie points for being on it from the start after putting up with so much public pressure from the press and the J6 committee.

It is telling that the grand jury is asking questions about what Trump said and did and how he responded because by the time a grand jury hears from witnesses, the prosecutors asking questions in the grand jury room probably already know what the answers are going to be. The idea is to lock in the testimony so that the witnesses will be held to that account at the time of the trial. Grand juries, by the way, only pursue criminal matters. So this time, Trump cannot buy his way out of accountability as he can in a civil matter where monetary damages are the ultimate pain point. Trump really could go to jail. Unlike the January 6th Committee investigation the DOJ can command people to show up and there are real consequences for failing to do so. Unlike the J6 committee, DOJ has more tools: search warrants, subpoenas, and call logs.

Trump Understands the Danger He Faces

Trump has been eager to declare his run for president in part because he wants to say the investigations into him are a political witch hunt. He also knows that his influence is waning and DeSantis’s appeal is on the rise. He is almost certainly being counseled by close allies to get back into the public spotlight to rebuild his damaged brand.

Trump was back in Washington DC yesterday giving what was described as a more subdued speech that was more focused on policy. Pence was in DC also giving a speech. Fox News covered live about 20 minutes of Pence’s speech and did not air ANY of Trump’s speech. Trump focused on an even darker future for America than the horrible “American carnage” speech he gave after being elected.

Trump has always imagined himself to be one and the same as America itself. He is closely identified in his own mind with the country he imagines is on his side- white, low education, older men who are afraid of the future. He also knows for certain now the DOJ is coming after him. I think the dark, ominous future he claims is a reality in America is the dark, ominous future he sees for himself. His unconscious is erupting with these tormented images. He always sees himself as the victim and these images tell us how tortured he feels.

Here is what Trump rambled on about in his speech yesterday:

That dismal depiction of America reveals the state of Trump’s own unconscious ruminations. He is in a very dark place and he deserves to be. He knows what he did to try to overturn the election. He knows it was wrong (if he thought he was in the right he would have wanted the White House photographer to take pictures of him watching Fox while his insurrectionists stormed the Capitol, but he kept that person out and wiped away every record he could that exposed his role in the coup). What he did was wrong but in true Trump fashion he insisted on getting what he demanded anyhow because he was desperate to stay in power. Trump knows he is in trouble for obsessively pursuing every possible way to stay in power with a gang of crazies who also knew better but did whatever they could to please and appease him.  He had hoped to get away with it like he has done every time in the past. This time he won’t.

This will be the first time a former American president will be criminally indicted.

I know it hasn’t happened yet. But I also know that you don’t let the public know you have an active grand jury looking into what a former president did without already having a lot of damning evidence. After building the case from the bottom up and having the help of the January 6th investigation to know even more, I am much more certain that the DOJ has a strong case and that Trump will be indicted and face jail time for what he did.

The charge is most likely to be seditious conspiracy to obstruct a government proceeding with multiple counts for the interference in the Georgia election, the fake elector scheme and the pressure campaign on the Department of Justice. There could possibly be a count for his involvement with the Secret Service’s destruction of evidence. Given Trump’s micromanagement and demand for loyalty from every single department in government, I am certain that he gave the order in some way shape or form for his loyal Secret Service agents to deep six any text messages that could damage him.

I will be watching to see how the Fox News hosts -Hannity, Carlson and Ingraham in particular, handle this news especially now that Rupert Murdoch and the Wall Street Journal have turned against Trump and disowned him. Where will Trump supporters go to get their fill of fake Trumpian news? OAN was a place where Trump supporters went when Fox was not allied enough with Trump but that platform is being diminished because Verizon is disengaging itself from OAN.

Stay tuned. Next year is going to be crucial in the history of this country. Those of us who believe in a truly inclusive democracy, laws, facts and science are in a pitched battle against an emboldened group of white supremacist Christian nationalists who have 5 members of the Supreme Court on their side, have Trump as their standard bearer and many red state legislatures ready to cheat and lie to gain and retain power.

What will happen when Trump is indicted? We will see. Our democracy is on the line. Biden was right when he said this is a battle for the soul of our nation. Thank goodness we can be certain now that the DOJ is on the right side of history.