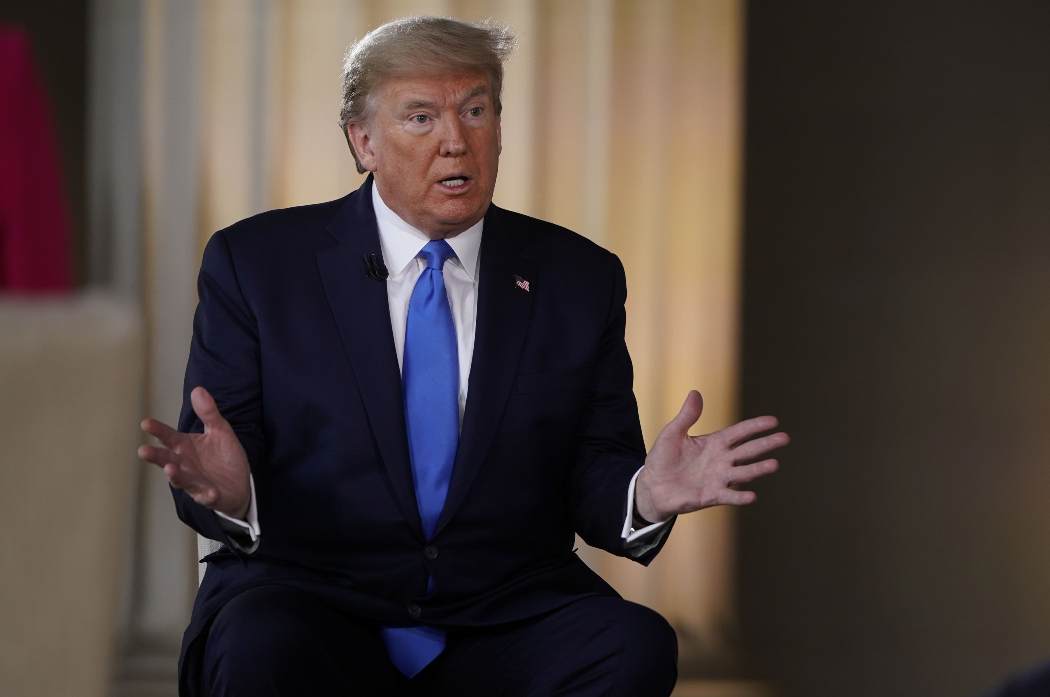 Could Hiding (possibly profiting off of) US Top Secrets Be the End of Trump?

The search of Donald Trump’s Mar-a-Lago resort in Florida came after authorities believed that the former President or his team had not returned all the documents and other materials that were property of the government, according to a person familiar with the matter.

Authorities believed the documents at Mar-a-Lago had national security implications, according to the source.

The FBI’s execution of the search warrant on Monday followed a meeting earlier this year by investigators with Trump’s attorneys, during which they entered a room where documents were being held, as first reported by CNN. The search warrant pertained to both the handling of classified documents and the Presidential Records Act. (CNN)

On Tuesday, August 9th the FBI conducted a search at Mar-a-Lago. They first tried to obtain the confidential and top secret documents Trump had taken to Mar-a-Lago using a subpoena to ask for their return. Trump returned some of the documents but not all of them. His lawyer claimed all of the documents had been returned. But that was false. The FBI learned that Trump had not been honest with the Department of Justice. Someone in Trump’s inner circle, possibly a Secret Service agent at his residence, knew some highly classified documents had not been returned and said so to the FBI.

The FBI showed up at Mar-a-Lago in plain clothes so as not to create a spectacle. They followed the standard protocol. Trump’s attorney, Christina Bobb, was present at the time of the search and Trump himself (and Melania) accessing surveillance cameras inside Mar-a-Lago, also watched the search as it was being conducted during the day. So they knew it was done in an orderly way and no one “planted” information. The FBI removed about 12 additional boxes from the residence of the former president and they searched his safe. All of that was within the scope of the search warrant. I am certain that everything was done by the book because these agents knew everything they did would be totally and thoroughly scrutinized.

Trumpworld Goes Off the Deep End

Trump and the Republicans have been screaming bloody murder about this so called “raid” that was not a raid. The search warrant was approved by a judge based on an affidavit provided under oath by a federal agent with knowledge of the circumstances. It was duly executed following the procedures used by the Justice Department. The magistrate was totally independent from the Biden administration. The Biden administration was just as surprised as Trumpworld was.

If Donald Trump wanted to be fully transparent about what just went down, then HE could have made public the warrant, the attachment that lists the potential crimes he committed, and the inventory list which itemizes everything taken by the FBI. All of that was in Trump’s possession and he had the power to make it public immediately. He should also tell the world the truth about how the search was conducted in an orderly way by agents who behaved appropriately, instead of lying about it.

He hasn’t done that. He has consciously riled up his crazed base and the extremist wing of the GOP just as he did with January 6th. He is also grifting – making money- off of his grievances from his outraged, misguided online supporters.

How Trumpworld Is Trying to Cover for Trump

Trumpworld (Kash Patel) is claiming that Trump had the power to magically declassify everything he limped off with. Some of these documents may have been approved for removal by the FBI prior to being moved to Mar-a-Lago but we do not know if that is so yet. And definitely NOT all of them were approved. There is a process for declassification and Trump did not follow that or the National Archives would not have complained to the DOJ. Many of the documents are the highest classification and are supposed to be viewed only in a SCIF which is a separate room away from anyone who could be a spy or have an interest in revealing their contents because it would or could endanger our country’s national security.

What’s Trump Up To?

The most important questions are these:

We all know Trump has never ever cared about national security. He has openly shared secrets with our enemies when he was president. Remember how he spilled Israeli secrets to the Russians in the Oval Office yucking it up with Russians in the Oval Office after being elected and endangering the lives of confidential informants working for Israel? He has been caught having ripped up documents and papers that were supposed to be preserved. He flushed them down the toilet. Remember toiletgate? Remember the Chinese woman spy who got access to Mar-a-Lago when he was president?

We know that Trump is only out for himself. He has used national secrets for personal gain before.  He has no remorse. And Trump needs money these days. He needs money to pay for his fleet of lawyers defending him in multiple criminal and civil law suits. He needs money to run for president again since once he declares he is running he will be cut off from the funding he gets now from the RNC.

So of course Trump is fundraising off of the “raid” on Mar-a-Lago, monumental grifter that he is. Trumpworld is online claiming they are gonna “lock and load” and they are doxxing the magistrate, saying they want to go after him and his family. These people are very very sick.

Merrick Garland took the very unusual step of holding a press conference on Thursday, August 11, in which he said 1) he personally approved the search warrant, 2)  the DOJ does not take this lightly and 3) unfounded attacks on the FBI and prosecutors will be pursued. And then what he did next was very strategic and smart–he requested that the magistrate unseal the search warrant and make public the attachment and the inventory list. Garland also invited Trump’s attorneys to weigh in with the judge if they opposed making this information public. Trump did not oppose unsealing the information because that would have made him look bad. So, on Friday the warrant was unsealed and the inventory list was made public.

We have learned that what the FBI was trying to locate at Mar-a-Lago was highly classified intelligence including nuclear secrets that are some of the most sensitive and highly classified national security information in our country. Design of weapons and plans in the event of a nuclear attack are just some of the information our adversaries would pay millions to get ahold of. What Trump had secreted away at Mar-a-Lago might be a gold mine for a foreign adversary. And for him.

Do you think Trump is above selling our secrets to our enemies for his own personal gain? If you think that you have been asleep for the past 6 years. Republicans who started off screaming bloody murder about the FBI raid before they even knew the basis for the search warrant deserve to eat crow over this. I hope to see footage of their baseless rants in every election ad run by their Democratic opponents across the country.

Espionage Act Investigation- Was Trump Profiting Off of Betraying America?

“[T]he details in the warrant underscore the gravity of the probe — an unprecedented investigation of a former president for mishandling some of the nation’s most sensitive secrets.” Convictions for violations of these laws can result in fines or jail time. (Politico)

There were three statutes identified in the unsealed search warrant. One of the statutes Trump is being investigated for violating is the Espionage Act. This investigation is not just about returning love letters from Kim Jong Un or little momentos from Trump’s time in office. This appears to be a national security investigation into a former president who may have betrayed our country to make himself a lot money or get deals for his family or himself. How do we know that? We don’t. Yet. But we know this man after 6 years of seeing him in action.

Suddenly some Republicans have become quieter about the search warrant. They never should have gone ballistic calling the FBI’s search “Gestapo crap”, “defund the FBI” calling the FBI “the enemy of the people”, “Marxist” and “Communist” and “an outrageous abuse of power.” They are going to eat those words because Merrick Garland would not have taken the extreme step of issuing a search warrant to be executed at Mar-a-Lago without good reason.

What Goes Around Comes Around?

At first, Trumpworld and many Republican sycophants were saying that no president has ever had his home searched in the history of our country and cried foul, excoriating the FBI. But no former president has ever secreted national security documents in his home after losing an election in the history of our country before! Taking these documents is against the law and Trump knows it. When he was president he signed a bill making removing and retaining classified documents a felony (where it used to be a misdemeanor) with a higher possible sentence including up to 5 years in prison. At the time Trump signed that bill he was responding to claims about Hillary Clinton’s emails. Yeah, remember that baseless garbage?

Here is something to think about:

If Trump is found to have violated federal law in removing and retaining classified documents without authorization, (depending on the statute he could be charged with violating) he could be convicted of a felony punishable by five or more years in prison. And that conviction would be a felony carrying that punishment because of a law signed by President Donald Trump. (Philip Bump- Washington Post)

Trump might also (again depending on the statute he could be charged with violating) be disqualified from running for office if he is proved to have removed and retained classified documents without authorization.

Wouldn’t it be amazing if almighty karma came back to bite Trump in his you know what?