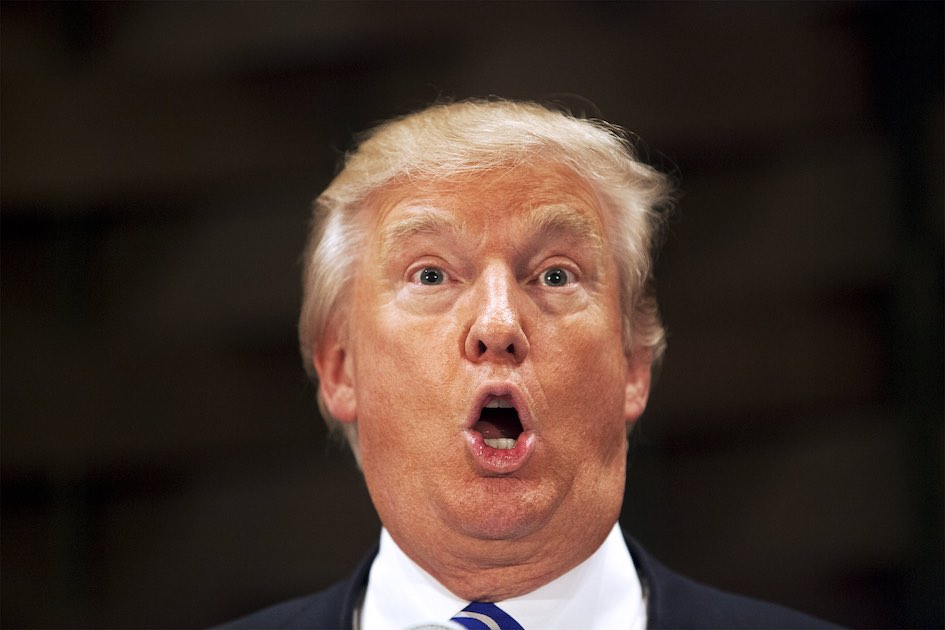 What is happening with Trump’s Mar-a-Lago theft of national documents is getting complicated. Let’s de-mystify what is going on.

First, what Trump did by taking the documents should be compared to a theft of crown jewels from our country (if we were a monarchy). Trump stole our national treasure, our top secret information that is carefully developed and built over the years with confidential informants, and he took the treasure trove back to his golf club, and maybe Trump Tower and Bedminster while he was at it, and comingled our crown jewels with his own personal stuff – kinda like putting a diamond tiara next to a half eaten peanut butter sandwich in his desk drawer, but much worse because what he did could cripple our foreign intelligence agencies. And now Trump is playing “let’s make a deal” using the documents as bargaining chips to try to get options for himself in exchange for returning some of the jewels he stole. He might try to use a few diamond tiaras to try to bargain his way out of jail in the near future. That’s been predicted by Michael Cohen, Trump’s former lawyer, who knows how Trump rolls.

Judge Cannon Turns Out to Be Trump’s Bestie

The first play by legal team Trump was to ignore the magistrate who granted the FBI the right to go into Mar-a-Lago to do a search and instead hunt for a judge who would be partial to Trump. In other words, Trump’s legal team went judge shopping and they got what they were looking for. Trump appointee, Judge Cannon proved to be willing to debase herself for Trump. She should never have agreed to take the case in the first place. She should have sent it back to the magistrate for further hearing. But she took it and early on signaled she would help Trump by saying she was inclined to grant his motion even before hearing one word from the DOJ.

Next, Judge Cannon helped Trump out in his game of delaying as much as possible, by ruling that a special master must be appointed to go through each document and decide if it should be given to the National Archives or not. That was going to help the Trump lawyers a lot because they would be able to review each document to see what Trump had limped off with and how bad the case against him might be as well as maybe being able to counter some of the coming damage with their PR machine.

Finding a special master was expected to take a whole lot of time too, because the two sides (DOJ) and Trump’s team would likely fight over that and it would be tough to find a qualified judge who had the top top level clearance. Trump’s team came up with two possibilities and DOJ came up with two. One Trump choice was clearly biased and totally unacceptable to the DOJ. The other judge, Judge Dearie, looked like a reasonable option because he had a track record of being fair, and was actually qualified to be a special master in this case because of his top level clearances. The Trump team had put forward what was, remarkably, a good choice for a special master!  What?! What was the back story on that?! Why in the world would Trump’s legal team choose someone who could actually do the job instead of wasting more time?

The answer was that the Trump team had done some research on Judge Dearie and learned that he had ruled against the FBI and government in prior cases. From that tidbit the Trump team believed that Dearie would be tough on the government again and possibly help Trump out even more than simply delaying. Maybe he would grant everything Trump’s team asked for just like getting Christmas early this year!

The DOJ also did their due diligence on Judge Dearie and they anticipated that he would be fair to everyone because that was his track record. So Dearie was chosen as the one judge both sides could agree on.  As it turned out legal team Trump got snookered by that choice, which happens when you have second rate lawyers who don’t really know how to do their homework. Maybe Dearie had ruled against the FBI in the past, but that did not mean he was antigovernment to the core.

Once Dearie took charge as special master, he decided that the top secret documents Trump had in his possession belonged to the government unless Trump could prove otherwise. He challenged Trump to prove to him how he was entitled to have these documents reviewed at all.

Dearie then isolated out the 100 plus top top secret documents and said he did not even want to see them and they should go back to the National Archives without being processed by the special master team. And then he insisted that if Trump was going to claim the FBI planted some documents at his golf club that he better say which ones were planted. In other words, put up or shut up.

Dearie’s decisions must have made grumpy Trump even more crabby and pissed off at his legal team. If the special master had to review those top top secret documents then the Trump legal team would have gotten to see them too and they had really wanted to see the documents so they could figure out what charges are coming for Trump. Without that review they were in the dark. Dearie was going to prevent them from prepping their defense of their impossible client, Crazy Mad King Trump, who could not be trusted to tell them the truth but would be furious with them for not defending him well enough.

The Trump legal eagles went back to their bestie, Judge Cannon, to complain. And sure enough Judge Cannon rapped Judge Dearie on the knuckles and told the Trump lawyers they wouldn’t have to worry their little selves about substantiating their claim that the FBI planted documents at Mar-a-Lago after all. Early Christmas present. Trump must have been thrilled to be able to keep raising money from his duped supporters after that by continuing to claim the FBI had planted evidence at his golf residence.

Meanwhile, the DOJ had asked the 11th Circuit Court of Appeals to rush to take a look at Trump’s claim that the super secret 100 plus crown jewel documents Trump stole should be subject to a review by a special master (and therefore also revealed to Trump’s legal team.) The 11th Circuit moved with lightning speed to rule against Team Trump and rap Judge Cannon’s knuckles. The 11th Circuit is known to be a very conservative circuit, and the three judge panel  that ruled in this case consisted of two Trump appointees. But these judges did not rule in Trump’s favor just because Mad King Donald wanted them to. Instead, they did what judges are supposed to do- make decisions based on the law and the facts without being influenced by politics or intimidation or potential favor. Justice is supposed to be blind to all of that. Impartial. And the 3 judge panel did dispense impartial justice.

Next, Trump appealed to the Supreme Court hoping that they would help him out. The appeal was widely panned as idiotic and baseless by lawyers who understood what Trump’s legal team was asking the Court for. It was a very narrow request of the Supreme Court:

Mr. Trump asked the court last week to step into the tangled dispute about the documents seized in Florida, saying that the appeals court had lacked jurisdiction to remove about 100 documents marked as classified from a review of those materials. (New York Times)

Most pundits thought that the limited request of the Supreme Court was evidence that Trump’s lawyers were just trying to appease him by asking the Supreme Court to step in and allow Trump’s legal team to undo the 11th Circuit ruling to a limited extent. But what I think was going on was that Trump was testing the Supreme Court to see if it would be loyal to him. That’s how Trump rolls. He is always checking out the loyalty of the people he thinks should obey him to see if they will do his bidding. The appeal to the Supreme Court went to Clarence Thomas whose wife, Ginni, has been exposed as a far right conspiracy nutball. Trump may think as many others do too, that Ginni and Clarence are two peas in a pod. The jury is still out on that question. However, the loyalty test to Trump failed.

The Court rejected Trump’s request and did so summarily. There was no evidence of any dissent which means that all 9 justices flipped Trump the bird deciding not to hear the case because it was frivolous. That was the right decision based on the law and the facts.

The Supreme Court on Thursday rejected a request from former President Donald J. Trump to intervene in the litigation over documents seized from his Florida estate, a stinging rebuke that blocked his effort to get access to classified documents found there by the F.B.I.

The court’s single-sentence order noted no dissents, and the court gave no rationale, saying only that his application to lift a stay issued by a federal appeals court was denied. (New York Times- Liptak)

DOJ also asked that the 11th Circuit review the entire situation involving the rest of the 11,000 the Mar-a-Lago documents Trump limped off with when he left office. Why should they be subject to a review by a special master hunting for anything that Trump could claim is covered by executive privilege or attorney client privilege when there is no basis for thinking that? The documents belong to the federal government and not to Trump. They should be in the possession of the executive branch which includes the Department of Justice. The government needs them to prepare their case against Trump for violating the Espionage Act and obstruction of justice. Isn’t it obvious that Trump is just trying to keep the DOJ from putting the criminal case together that could land him in jail? This is Trump once again obstructing justice in any way he can.

The DOJ has already done their own review of these documents and sorted out anything at all where the attorneys for Trump could even remotely make that claim. So the question becomes: Should Trump get to delay the return of these documents and obstruct justice by using the judicial system to help him? He’s perverting the system that is supposed to deliver justice.

If my hunch is right, the 11th Circuit will move quickly to smack down Team Trump once again and the government will get its documents back without the need for a special master. In other words, I think Judge Cannon will be reversed on appeal. Her decision was a terrible precedent that I think the 11th Circuit will not want to stand. If any potential target of an investigation can force the government to review all of the documents involved in an investigation by churning them through a special master and in the process expose the government’s investigation to the defendant before there is an indictment– that would be untenable. That’s what Judge Cannon’s order could establish as precedent unless the appellate court smacks it down.