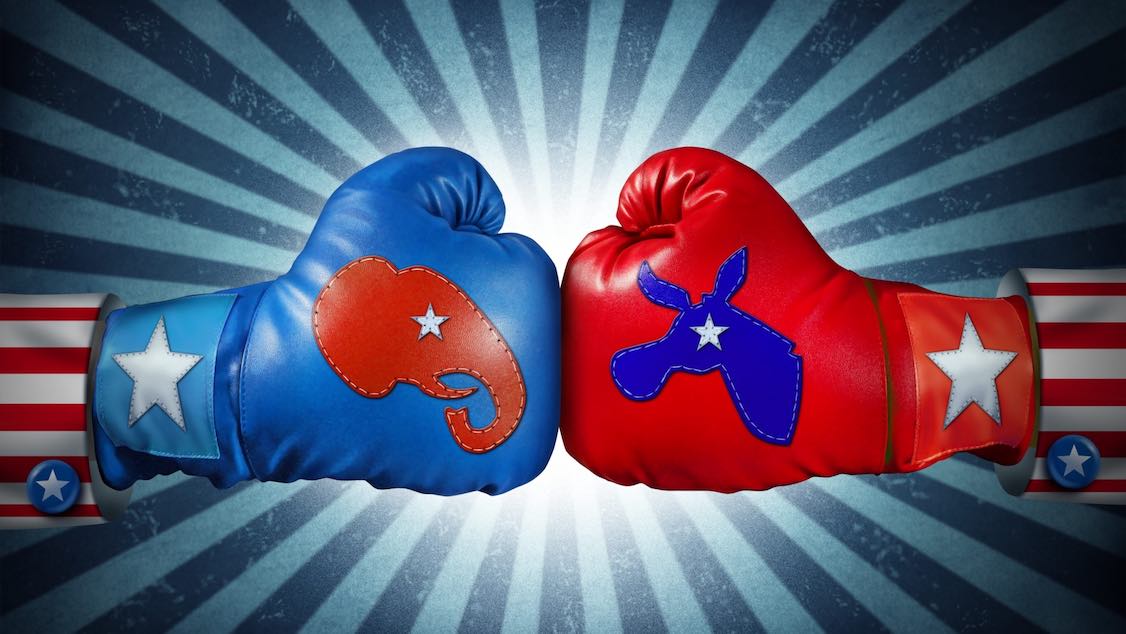 The midterms are going to be won or lost based on the late deciders– the people who have not yet made up their minds. They live all across this country in every district in the United States. They are busy living their lives. They were probably not moved very much by the January 6th hearings. They likely just want to move on from that. They don’t think the abortion issue is that important to their lives. They aren’t sure about spending all that money on Ukraine when Americans are having their own problems. They think government should look out for them when it comes to paying for their groceries and filling up their cars with gas.

Every district matters in this election and a majority of voters’ views are baked in the cake. People who are paying attention are avidly and intensely pro Republican or pro Democrat right now. Tribal political affiliations have created districts especially in battleground states where Dems and Republicans essentially cancel each other out.  Many of these close elections will be decided by just a handful of people who are not sure yet about who they will vote for– the late deciders. Ironically, these people who are less politically involved and aware of the stakes of this election will decide the outcome of this election. Who are these folks?

The last people to make up their minds are often people who are simply living busy lives. They are not watching CNN or Channel 5 News or even watching the news at all. They don’t really care about Donald Trump or get it why our democracy matters or worry about election deniers. They don’t know or even care who is running for state legislative office or other state or local offices. They doubt that their vote even matters.

If you have friends who haven’t decided how to vote–Democrat or Republican– then here is the closing argument you should tell them.

FIRST:  THE REPUBLICANS WILL DAMAGE OUR ECONOMY AND REMOVE THE SOCIAL SAFETY NET IF THEY GET BACK THE POWER

Our economy will be trashed by the Republicans. How do we know this? Because they have told us what they will do if they get back power in Congress.

REPUBLICANS WILL MAKE SOCIAL SECURITY AND MEDICARE “RENEWABLE” INSTEAD OF RELIABLE

House Minority Leader Kevin McCarthy (R-Calif.) said that if Republicans win control of the House the GOP will use raising the debt limit as leverage to force spending cuts — which could include cuts to Medicare and Social Security — and limit additional funding to Ukraine.

“You can’t just continue down the path to keep spending and adding to the debt,” the California Republican told Punchbowl News in a recent interview. “And if people want to make a debt ceiling [for a longer period of time], just like anything else, there comes a point in time where, okay, we’ll provide you more money, but you got to change your current behavior.”

Other Republicans like Ron Johnson and Rick Scott, speaking on behalf of the GOP have been making the same noises about their plan to hold the Biden administration hostage by refusing to raise the debt limit to force spending cuts in key programs that stabilize our country and provide a social safety net. Here is a sampling:

“If you qualify for the entitlement, you just get it no matter what the cost,” Johnson said. “And our problem in this country is that more than 70 percent of our federal budget, of our federal spending, is all mandatory spending. It’s on automatic pilot. It never — you just don’t do proper oversight. You don’t get in there and fix the programs going bankrupt. It’s just on automatic pilot.”

Sen. Rick Scott (R-Fla.) has proposed to “sunset” all federal programs after five years, meaning they would expire unless renewed. “If a law is worth keeping, Congress can pass it again, ” Scott says in his proposal.

If Americans cannot rely on Medicare and Social Security they will be far more insecure in their lives. Renewable benefits are also unfair since Americans have paid into these funds and deserve to get their benefits. If Republicans win they have vowed to make these current benefits ones that Congress has to vote on every few years. With a Congress as dysfunctional as ours, that will obviously create monumental uncertainty about whether these benefits will be consistently renewed.

REPUBLICANS CARE ABOUT THE RICH

When Trump was in power the only legislation that passed was the tax cut for the rich. That was not a mistake. That was the plan. Why are Republicans all in making rich people even richer? They are paid off by those rich people. That’s how they got into office. They are bought and sold by their rich donors like the Koch Brothers, the Uline family, Ken Griffin, and others. Their approach to governing is not what the majority of Americans want so they have to lean on culture war issues and abortion to get Evangelicals to support them as a voting bloc. They have to appeal to White Supremacists to get their energy behind the Big Lie and intimidating voters at the polls. They have to get suburban moms to think they are doing something good for their kids by muzzling teachers and banning books that tell the truth about America. It’s not like that stuff really matters to the GOP. Power is what they are after. If you have the power you can get what you want.  What they want are laws and policies that protect big business and the wealthy.

Helping the rich get richer is their guiding principle. Like moths to the light, Republicans support anything and everything to get that result: including the Big Lie, gerrymandering, mis and dis information, and rotten candidate selection and support for people like Hershel Walker, Dr. Oz, JD Vance and thousands of other Republican candidates who shook hands in a back room and vowed they would toe the Republican line in exchange for millions of dollars to fund their campaigns.

Republicans have pledged support and loyalty to the GOP staying in power instead of to the American people. Republicans might pretend to be on the side of the little guy but watch what they DO. The proof is in the pudding.

SECOND:  THE DEMS HAVE HELPED AVERAGE AMERICANS. TRUST THEM TO DO THAT AGAIN

In addition the Dems passed the first sane national gun legislation in decades.

Joe Biden and this administration did the right thing by responding to the pandemic with a rush of funds for Americans- the American Rescue Act. That set us up for the remarkably low jobless rate and the amazing job market we have today. Many other European countries did not have the equivalent of the American Rescue Plan that we got thanks to the Democrats. Compared to Europe, which is also experiencing a GLOBAL inflation and potential recession, our country is doing exceptionally well. Unfortunately, the late deciders don’t realize what is going on in the world at large. They are hyper aware of their own gas prices and milk prices.

HERE IS WHAT YOUR UNDECIDED VOTER FRIENDS NEED TO KNOW:

” If you’re rich, Republicans are going to make you even richer. And if Democrats don’t go along with the Republicans’ reverse Robin Hood policies, they (the Republicans) are willing to burn down the economy with a default or paralyze the government to get their way.” [Jennifer Rubin]

Your vote really really matters this election! Your vote could make the difference in the direction of our country. Elections in some districts will turn on a handful of votes. Yours could be the deciding vote.

A vote for any Republican is a vote for the rich to get richer.

A vote for any Democrat is a vote for regular Americans to have a better life.