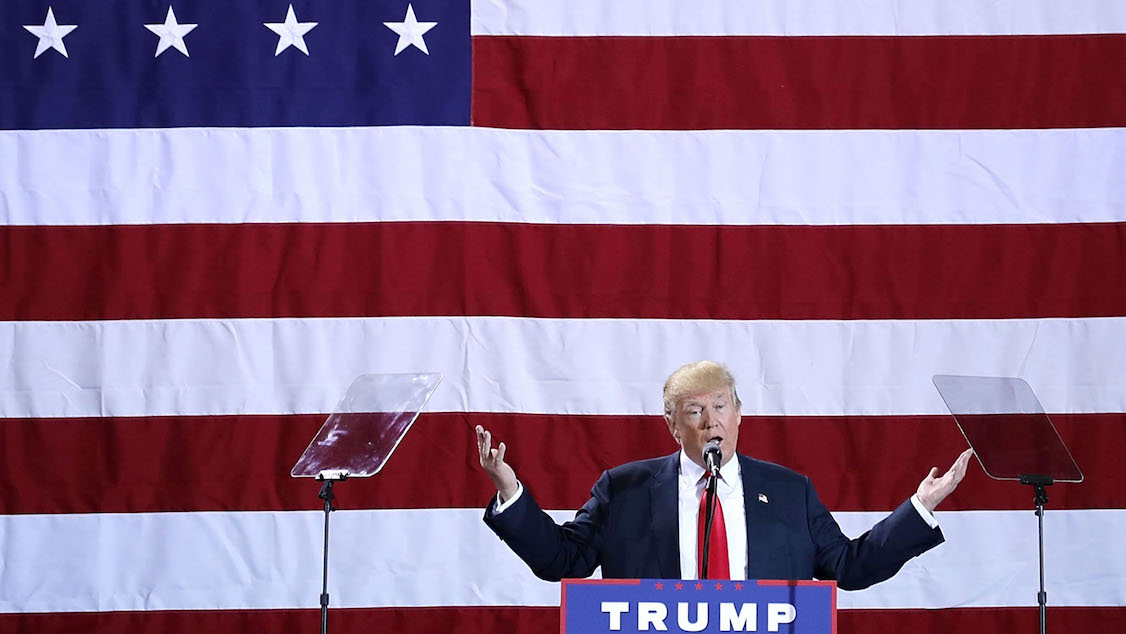 On Christmas Eve in 1914 on the battlefield in WWI, British and German soldiers in their trenches sang Christmas carols together and came out from their bunkers. They even played a soccer game, which the Germans won 3 to 2. The soldiers shook hands. It was estimated that 100,000 soldiers on both sides simply stopped fighting. The incident was called The Christmas Truce.

Throughout history, armies engaged in warfare have, on occasion, decided to quit the fight. Just quit it. It can happen when one side realizes they have been fighting for a lie like the war in Viet Nam that Americans refused to continue to fight. This phenomenon could be happening with Russia’s war on Ukraine as Russian men leave the country in huge numbers. They realize Putin has been lying to them about Ukraine. Fighting for a lie is demoralizing and eventually sometimes people get sick of it and reject it, even soldiers on a battlefield.

We have a battlefield in our country and one side has been lied to over and over. In our country Republicans and Independents who lean Republican could reject the insanity, extremism and lies being foisted on them by a shrinking political party that has become a cult with no ideas about how to really make America great, a cult that has resorted to cheating and disinformation instead. If enough Americans are exhausted by the lies and extremist rhetoric, maybe we could have a truce in our politics.

Will Americans vote for sanity over insanity?

In recent history, there has not been this stark a difference between the political parties when it comes to their vision and goals for the future of our country. Both this midterm election and 2024 will be huge choice elections. Outcomes across the country will determine the future of our lives and that of our children and grandchildren. The Democrats will preserve the freedoms and rights of all Americans. The Republicans will not. And we are seeing in real time how that matters.

States are becoming more like countries in part because the Supreme Court is giving statehouses more and more power over the lives of people who live in each state. So, if you live in a blue state you will have access to reproductive health, but you won’t if you live in a red state. Red states are mired in extremism that polls tell us is NOT what a clear majority of Americans want. Americans want reproductive health protected, reasonable gun safety laws, Medicare, Social Security and other social safety nets, good jobs, climate change legislation, and policies that help people move up the ladder to better lives for themselves and their children. That’s what the Democrats have been working hard to get for Americans.

Our nation suffers because of an embattled Congress thanks to the Marjorie Taylor Greenes and other right wing conspiracy minded disruptors who have gotten themselves elected in Republican districts filled with disinformed voters who want their Fox news hosts to keep lying to them.  The filibuster supermajority deepens voter cynicism because the rule prevents changes that would be good for most Americans. We have a centrist Democrat in the White House trying to do his best to help Americans and Democrats leading the House and, just barely, the Senate, wanting positive outcomes for Americans. But the filibuster rule keeps them from getting passage of legislation with a simple majority vote that would move our country forward in a progressive direction, a direction that the American majority wants and that would restore greater faith in government. Despite the filibuster, Biden got more done to help Americans than any other president in recent history. Imagine how much more he could do to make America better for Americans if there was no filibuster.

However, in such a divided country with one side that is so extreme, there is also danger if the filibuster were eliminated. If the radical right were to regain control of Congress and the White House, progressive changes would be just as easily swept away with a simple majority vote. With a unified right wing government there would be a national ban on abortion imposed across the country in every state, harassment of people who look differently or love differently and limitation or loss of the social safety net and more tax breaks for corporations and the wealthy. Trump resorted to executive orders to get the change he wanted to appease his base of MAGAs and ultra wealthy supporters. Biden undid many of Trump’s executive orders and used EOs to try to move the country forward. Back and forth, back and forth, Democratic administrations and Republican administrations doing and undoing. That results in greater uncertainty and cynicism.

Nothing is permanent in a country this divided where the differences are so profound because one party is too extreme, the stakes are so high, and the disinformation so rampant on right wing platforms.

This has also become a dangerous time to be politically prominent because of the extremism and outrage being ginned up on the right. Nancy Pelosi’s husband is attacked in his home by a crazed Trumpian, conspiracy spewing nut case yelling “Where is Nancy?” His social media is chock full of the disinformation pushed by Republicans, Fox News, other right wing media, which is allowed to germinate, fester and spread like a toxin across Facebook and other social media.

DePape’s online postings included a range of false conspiracy theories about the 2020 election, Jan. 6, coronavirus vaccines, the war in Ukraine and QAnon. A Canada native who’s been estranged from his family, DePape was once a Green Party-registered public nudity activist in San Francisco whose posts suggest a drift to the far-right over time, the SF Chronicle reports . He railed about pedophilia, elites and anti-whiteness. His blog contained bigotry against a wide range of groups and topics like “Holohoax.” (Politico)

How did Republicans respond to this attack? Many are saying they are appalled, but Glen Youngkin, touted as the future of the GOP, took a swipe at Nancy Pelosi when he commented on the incident at a campaign rally in Virginia:

“There’s no room for violence anywhere, but we’re going to send [Pelosi] back to be with him in California”

What? OMG! What’s wrong with you! Shame on you!

On Twitter there was immediate push back on Youngkin for his comment. Most Americans are normal human beings with normal human empathy, not extremists.

“This is a disgusting, vile, and crass comment by Governor Youngkin,” Rep. Donald A. McEachin (D-Va.) tweeted. “While Paul Pelosi is currently undergoing brain surgery, Glenn Youngkin takes it as an opportunity for political jabs. This reprehensible behavior is beneath the dignity of his office.” (Washington Post)

But where are the Republicans who should be castigating Youngkin? Where is their condemnation of what he said?

This divisiveness is not going away any time soon as long as extremists think they are succeeding. Republicans are using fear and fearmongering in an era of disruption and uncertainty where people are susceptible and even eager to consume conspiracy theories and lies that make them feel safer. If White people who know they are becoming the minority and are afraid of being “replaced” can condemn Democrats (who stand for fairness no matter what color your skin may be) for being pedophiles who eat babies (really, people?), that makes these shockingly misled MAGA folks feel justified in their outrage. It’s insane but apparently it also works. Fear of the rising tide of black and brown people, women, and Jews is the hook that Republicans can use to gain the power they crave. Fearmongering fuels voter suppression, intimidation, gerrymandering. Massive amounts of disinformation are being mobilized and utilized to cheat to win elections for Republicans.

In Miami-Dade Florida, for example, Hispanics are the subject of a huge ongoing disinformation campaign telling them over and over that Biden is a socialist which is on its face blatantly not true, even laughable. He is a centrist and doesn’t have an ounce of Stalin in him. But using the power of disinformation, Republicans are able to capture more of the Latino vote in South Florida. Voters listen to their friends and vote based on personal relationships of trust. The Republicans have been skillful at infiltrating the social networks of Hispanics to dispense disinformation. That approach is replicated across many voter blocs and social media platforms across the country by Republican operatives. Democrats have been slow to utilize the interpersonal social network in the same way, although deep canvassing programs that have been recently implemented by activists on the ground across the country might have an impact.

We will see when the dust settles after November 8th.

What is the Way Out of This Mess?

I think the ultimate solution is disgust and exhaustion. If and when Americans get fed up with the stupidity of all this made up batshit crazy right wing disinformation, that might just be the answer. If and when Americans are sick and tired enough of all the pissy comments, the pettiness, the school yard bullying, the lies and overreach of people like Ron DeSantis, Jim Jordan, Ron Johnson, Lauren Boebert, Marjorie Taylor Greene, Paul Gosart, Ted Cruz, Donald Trump, Governor Greg Abbott and so many others in the GOP, the sane majority will vote to overcome the insane minority.

Exhaustion is the answer. Massive rejection is the answer. Refusing to fight a war based on lying is the answer. Understanding the true stakes is the answer. We are voting for the future of our country for ourselves, our children and grandchildren. The Republicans protect the interests of the rich. They have to because as a shrinking political party they need their wealthy donors to flood the zone with millions of dollars if they hope to get elected. The Democrats pass legislation designed to protect the freedoms and rights of all Americans. Which future do Americans want? We are going to find out.

Watching the extraordinary numbers of early voters showing up at the polls gives me some hope that we might be seeing that wave of sanity over insanity.

It’s still early, but voter turnout for the 2022 midterms appears to be on pace to shatter previous records.

The big picture: The 2018 midterm election broke records for early voting and voter turnout. All eyes are on 2022 to see if such a feat can happen again.

Details: More than 5.8 million ballots have already been cast across 39 states in the 2022 midterm election, according to new data from Edison Research and Catalist, per CNN. The data show that voting numbers remain on par with the 2018 midterms.

By the numbers: Over 122 million people voted in the 2018 midterm elections, which was the highest in a midterm election year since 1978, according to the Pew Research Center.

The bottom line: It’s too early to tell how high voter turnout will be for 2022. But all signs point toward this year being on pace to match — if not surpass — the record-breaking 2018. (Axios)

Early voters tend to be Democrats. The Red Wave on Election Day tends to be Republicans. We will soon find out if Americans are ready to choose sane over crazy yet.