Skip to content
2024 election Kevin McCarthy Speaker of the House 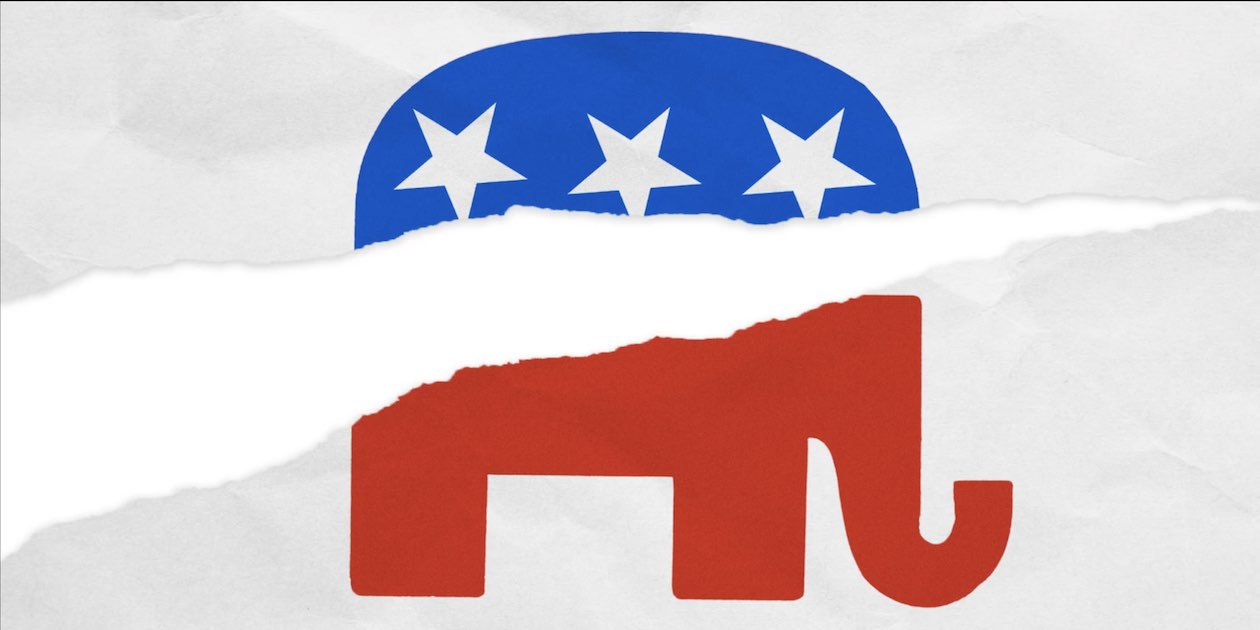 Kevin McCarthy was humiliated by 20 Republican extremists who were refusing to vote for him as speaker of the House. They don’t like him even though he raised millions of dollars to help them get elected. McCarthy’s bid to be speaker failed 14 times. He was able to squeak by with a win on the 15th try with 6 of the remaining Republicans who did not want him to be the speaker voting only “present” which changed the number needed to get a majority. This kind of chaos has not happened in 100 years. Why is this happening to Kevin McCarthy? And what does this tell us about the next two years with these Republicans “in charge” in the House?

Because the House GOP majority is so narrow, the super extremist fringe wields excessive power in the Republican caucus and they are using their power to damage our democracy. This is just the beginning.

By now, the portrait of the “Never Kevin” crew is nearly fleshed out. Most, though not all, represent solidly Republican districts. Nearly all of them were endorsed by former President Donald Trump and are members of the far-right House Freedom Caucus. Like the Republican Conference itself, many are from the Sun Belt — just one, Rep. Scott Perry (R-Pa.), is from north of the Mason-Dixon line (and his district is almost right on the line).

Nearly half of the group hails from just three states — Arizona, Florida and Texas. Five are newly elected. (Politico)

They forced McCarthy to give them every demand they have made of him including the potential to get rid of him as speaker if just one person doesn’t want him to be in that role anymore. A no vote would open up a full vote to kick him out. The right wing bloc of MAGAs has weakened the role of speaker so much that the role is arguably not a leadership role anymore.

That’s an untenable situation for a Speaker to be in especially given the aggressive, combative nature of this insurrectionist bloc. The MAGA wing of the GOP wants a weakened Speaker not for the good of the country, but for their own ability to assert power and get what they want. These people are basically insurrectionists who are continuing the coup from January 6th. They represent only about 10% of the Republican caucus. They are antithetical to most of the wishes of the millions of people who voted for Biden and other Democrats, Independents and moderate Republicans who wanted their vote to be a rebuke of insurrectionists.

McCarthy has caved to their demands over and over instead of standing up to them. A good leader has to command respect and wield power. Despite his concessions, this bloc of extremists continue to reject him. This is a no win situation. Even though McCarthy was able to get the speakership these people will run all over him.

This is NOT GOOD for US. And it is extremely bad for the GOP.

Pelosi was a brilliant, tough leader who listened to her members and tried to be sure they got what they needed in terms of legislation so that they could win again in their districts. But she also had consequences for members who did not do what they needed to do to keep the caucus together as a strong team. She was feared. She could “count votes”, meaning that she knew where each of her caucus members stood for every single vote and she both challenged them and denied them what they wanted to wield her power and control her members.  She did this member by member with individual conversations to figure out each person’s pulse point and pain point.

McCarthy won the speakership just barely by appeasing everyone in the caucus one by one. Making deals but not carrying a big stick. He raised money for these people and he thought that would gain him influence with them. He gave in and gave in and gave in to their demands until there was nothing left to give in on. He has no chips left to play. He is not trusted to be as good as his word because he has been wishy washy. He is an appeaser by nature.

McCarthy cozied up to Trump and appeased him as well after condemning him for his attempted coup on January 6th. He put his chips in with Trump in his lust to gain the speakership. Trump so far has not been a very good bet. He is losing his grip on the craziest of the crazies in his party. These MAGA insurrectionists did not listen to him the way they used to. Maybe it’s because they can see he is losing steam with the base. They don’t have to do what he says anymore. They are not afraid of him anymore.

The extreme wing of the House Republican Party had a goal to get sustainable power for themselves. They want to rule the House. Here are some things they specifically demanded. They want to get rid of ethics oversight investigations (that way they can be unaccountable for what they are about to do or what they did in the insurrection). They want to be the heads of the most powerful committees even if they haven’t paid their dues to earn that and if they get those appointments the rank and file House members who had been in line for those roles will be enraged. They want to be in charge of making the rules and want to change the rules to help themselves and other insurrectionists get and maintain power.  McCarthy has given in to all of that.

These extremists don’t stand for what mainstream Americans want in terms of policies and the passage of legislation. They are out for for themselves and they want unfettered power.

The Problem for Our Democracy

Here’s the problem with that stance in a democracy. You cannot govern without compromise. If you represent only a sliver of the electorate (and that’s what they represent) and you think governing is holding a gun to the head of your opposition whenever you don’t get what you want, you are too extreme to compromise and you should not be elected to govern. Good governance requires a willingness to understand the other side of an argument and compromise to get a reasonable outcome.  Which is what Americans want. They want to have good governance and good lives not a House full of insurrectionists who want to burn it all down.

These extremists resist pressure from their own tribe. They are getting pressure from Fox (Rupert Murdoch) which is screaming bloody murder about how bad this look is for Republicans. Murdoch is using this stalemate and mutiny to amplify how wonderful Ron DeSantis is compared to Trump. (DeSantis can govern. He is mean like Trump but he can govern Florida effectively. Time to leave Trump in the dust, everybody).

Kevin McCarthy got caught in the meat grinder in large part because of the political Pandora’s Box Trump opened with his unruly base. Political dialog became coarse and personal.  Culture wars not policy became the name of the game. Crazy people got elected because they said outrageous things with vehemence and toted guns in their political ads. The box is wide open now. Whatever elders there are left in the GOP, they have no power to stop these crazies in the House. The inmates are running the insane asylum even though the American people voted against this in the midterms.

Brace yourself for a rotten two years where the House will be forced at “gunpoint” (threats of insurrection) to do the bidding of these insurrectionists who got elected with the intention of damaging our democracy.

What is the Solution to This Mess?

The concessions McCarthy made will likely be demanded of anyone who takes the Speakership whether or not McCarthy lasts in this role.

A far better solution would have been for centrists from both parties could get together in true bipartisan fashion and choose a leader that appeals to enough of the pragmatic Democrats and Republicans to be a compromise choice. I heard some reasonable suggestions. The sane majority would have picked someone who can say no to the MAGA wing of the Party in no uncertain terms.

This solution would have required that the 212 Democrats break with their current playbook of voting for Hakeem Jefferies in a block and not wavering from that. I doubt the Dems would have been willing to do that because it would have helped the Republicans save face and I doubt they were in the mood to do that. They had too much fun seeing Republicans make fools of themselves. I wish the Dems would have thought more about what it will mean for them for the next two years. Trying to work in the House on behalf of the American people for the next two years could become impossible with this group because they want to dismantle our democracy and now they are in a position to do a lot of damage like refuse to lift the debt ceiling and refuse to fund Ukraine.

Mitch McConnell is a despicable human being, but he knows which way the wind is blowing. He got the message from the voters in the midterms. He went to Kentucky to celebrate the Infrastructure Bill passed by Congress and signed into law by President Biden. Mitch was there with Kentucky’s Democratic Governor, Andy Beshears (who is my fav to run for president in 2024 if Biden doesn’t run because he is the best guy I have seen to return our country to a period of post Trump sanity, calm, and good governance). Passage of that legislation meant that the Brent Spence Bridge can be repaired at long last which is good for America and Americans.

Until the right wing extremists learn the lesson that they have not yet learned, namely, they will lose their elections if they are this extreme and unreasonable and continue to create mayhem in America. They will rightly be seen as the party that cannot govern. Worse, however, what happened in the House is a continuation of the MAGA fight to burn down the House and with it, our democracy. They are setting themselves up to succeed where the coup failed.

In short, a lot of election deniers lost in the midterms but not enough of them. They are still messing up our country and will try to take down our democracy. Stay tuned for worthless investigations of Hunter Biden, Dr. Fauci, and Afghanistan and attempts to impeach Joe Biden and Alejandro Mayorkas.

The good news I guess, if there is any, is that if the House stays at this level of dysfunction, these MAGA Republicans will set up Democrats to win big in 2024. This is a House divided not only against itself but against all of us.