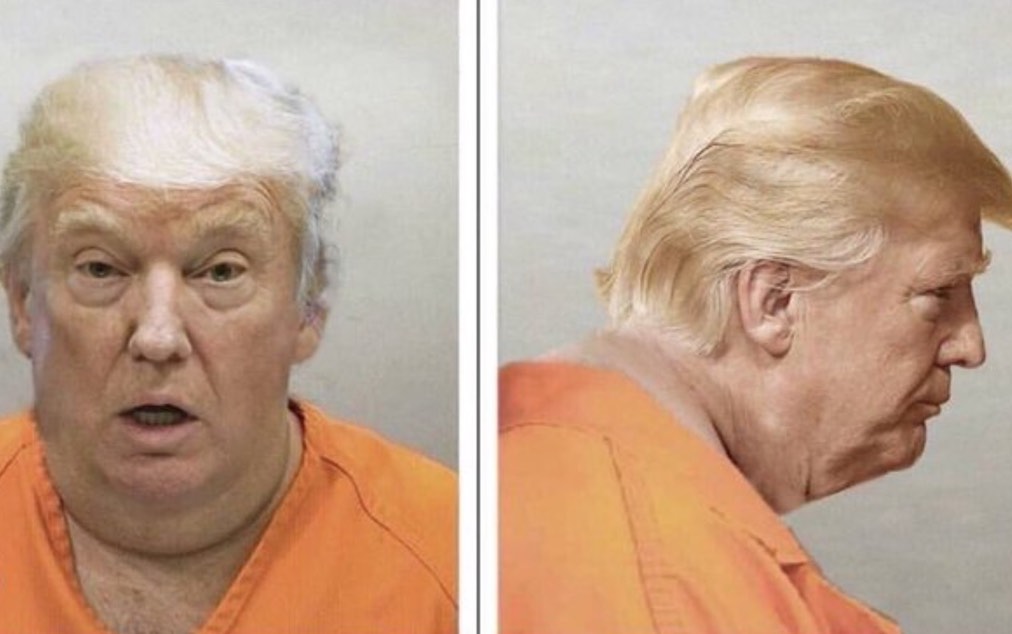 The walls are closing in on the former guy. Since he announced he is running once again for president he has gotten a whole lot of bad news.

The very conservative 11th Circuit three judge panel shot down the Special Master appointment reversing the decision by Judge Aline Cannon appointing Judge Dearie to laboriously go through all the documents Trump stole when he left office and scattered about in various places. Most recently Trump’s new lawyers were ordered by Judge Howell, who is overseeing the documents case, to do a better job of finding any more documents that Trump might have limped off with and hidden away at Trump Tower or Bedminster. And they did. And whadda you know! they found MORE of our top secret documents in a storage locker that also had a slew of Trump memorabilia including swords and wrestling belts. OMG what’s wrong with this man!!?? Never mind. Don’t bother answering that.

Back to the 11th Circuit panel decision. Two of the three judges on this panel were Trump appointees. The other was a Bush appointee. They followed the law and were not influenced by the fact that Trump appointed them. They applied the law to Trump as a citizen of the United States, which is what he is now, and determined that just because he had been president doesn’t mean he gets special treatment. This is as it should be. No one should be above the law. That includes a former president of the United States. That’s how it works in a democracy.

On Dec. 1, in a unanimous per curiam decision, the U.S. Court of Appeals for the 11th Circuit ruled to reverse an order issued by U.S. District Judge Aileen Cannon to appoint a special master to oversee the review of classified documents seized from former President Donald Trump’s Mar-a-lago residence on Aug. 8.

The 11th Circuit found that Cannon “improperly exercised equitable jurisdiction” in hearing the case and that the entire proceeding should be dismissed. Notably, the court also found that regardless of the status of a document in question (personal or presidential), the government maintains the authority to seize it under a warrant supported by probable cause.

The Eleventh circuit judges also slapped Judge Cannon upside the head, berating her for taking the case at all, for believing that Trump as a former president had special rules just for him, and for appointing a special master in the first place. Game over. The Special Master is abolished. This case is going forward and with Jack Smith at the helm it is going forward faster. There is not a lot of time to muddle around anymore because the closer an indictment comes to the next election, the more Trump can wail about this being a political witch hunt and the closer we get to the period of time (90 days out) when the DOJ is supposed to go silent so as not to affect the next election.

TRUMP’S ORGs GUILTY ON ALL COUNTS

Trump was not a named defendant in this criminal case brought by Alvin Bragg’s NY District Attorney’s Office. Allen Weisselberg testified at length about the smarmy things going on in two of Trump’s organizations: Trump Org and the payroll company. The jury came back with a finding of guilt on ALL counts. Weisselberg essentially fell on his sword to protect Trump and will do jail time.

But Trump’s name was invoked at the end of the trial in the closing argument. It was made clear to the jury that Trump KNEW about all of this criminal activity and being the micromanager he is, he most certainly had a guiding hand in all of the wrongdoing even though he was not directly charged. What this case tells prosecutors, most importantly, is that this jury was not the least intimidated by Trump being a former president. This jury came back very fast with a guilty verdict on every single count. This verdict will now stiffen the resolve of Alvin Bragg and other prosecutors to go after Trump and hold HIM directly accountable.

What do these developments mean for Trump when it comes to the peril he faces? It gets him much closer to the coming indictments.  And those indictments ARE COMING.

When it comes to the Mar-a-Lago documents case, if anyone other than Trump had taken these documents after serving in the government, he or she would already be in jail by now. Trump played the one card he had, which was delay. But this matter was never going to be dismissed by the courts on the merits. It was always going to be up to the DOJ to make the determination about whether to dismiss or indict Trump for obstruction and other possible counts under the Espionage Act.

In the meantime, Trump’s lawyers got to study some of these documents that Trump was trying to hold onto. They had access as long as Judge Dearie was tasked with reviewing them for the bogus purpose of seeing if any needed to be returned to Trump because they were outside the scope of the search. That purpose was bogus because the FBI had already reviewed the seized materials and returned Trump’s passport to him and other items that had been swept up in the search but were beyond the scope of the search. Defense counsel for Trump would have seen these documents eventually during the discovery phase. The discovery phase comes after indictment. In this case Trump’s lawyers got to look at some of the evidence before the indictment.

THE INDICATORS THAT TELL US TRUMP WILL BE INDICTED

I am speculating, of course, but I do so with the knowledge of a former assistant US attorney who was in the criminal division of the US Attorney’s Office. I base my opinion on that knowledge.

With Jack Smith, the newly appointed Special Prosecutor, aggressively moving both the documents investigation and the January 6th investigation forward very rapidly, I believe there is an indictment coming fairly soon for the following reasons:

TRUMP’S UNHINGED WISH TO THROW OUT ALL THE RULES

Here is what Trump said on his Truth Social platform: “A Massive Fraud of this type and magnitude allows for the termination of all rules, regulations, and articles, even those found in the Constitution.”

Trump was ostensibly responding to the “Twitter Files” that had been released to the public by a reporter. What were the Twitter Files? Discussions between executives before the 2020 election about how Twitter would handle the New York Post story about the sordid contents of a laptop reportedly belonging to Hunter Biden.  (Namely dick picts allegedly from Hunter’s laptop computer.) Trump is angry because he thinks that there was a cover up of information he could have used to his advantage to help himself get re-elected. He wants to dirty up Joe Biden using Biden’s wayward, messed up son, Hunter.

We get a glimpse into Trump’s psyche in this tweet that we have seen before. We see Trump’s profound wish that all the rules that limit him and bother him and force him to stop being a huge rebel (with himself as the cause) all be done away with. It’s these Rules that he has violated that are going to land him in jail. Trump’s fantasy is to have a get out of jail free card.

Trump’s statement also reflects a level of detachment from reality that one sees in a seriously delusional person who is very afraid.

Reality bites, Donald. Reality bites. Just as it does for everyone who knowingly breaks the law and has to pay the price. You had choices. You chose to defy the law and act like the dictator you want to be. Did you refuse to return the documents because you wanted to have compromising information you could use as blackmail to get what you wanted from certain people? Were you planning to use the information to embarrass your enemies? Did you do it to make money by selling information to the Saudis? Reality is catching up with you at long last.  Someday in the not too distant future the American people will know the answer to the question of why you defied the law and not only took these documents but refused to return them when you had the chance.