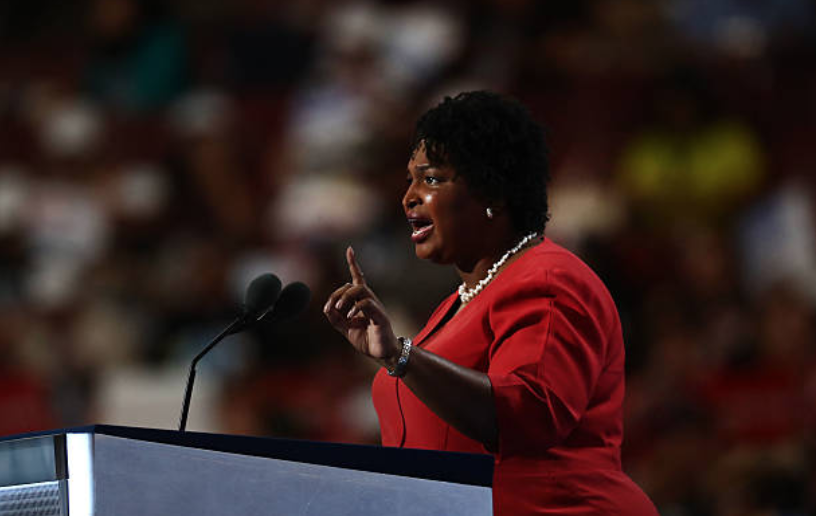 Our country is sick.  Every day we get more gaslighting, misinformation, disinformation, corruption and terrible policies from Donald Trump and this Republican administration.  It has been a year and a half of this and many people I know are feeling a combination of exhaustion and anger.  We are shocked and surprised by the continuing support Trump gets from his base.  If you understand how deeply dishonest and corrupt this administration is, it is hard to understand how Trump’s base can stay engaged with him and support him as they are doing.  They say they like his policies.  We find those same policies totally abhorrent. It’s as if our country has been stricken with a very bad flu and we are experiencing the symptoms.  Many of us are feeling really sick right now because we are in the middle of this debilitating disease.

But we are also building antibodies to it.

Instead what I see is a huge response to the threats to our way of life-  to our environment, the threat to our rights to make decisions about our own bodies, threats to our health care and to our children’s and grandchildren’s futures, threats to the future of ethics and truth instead of alternate facts.  The list of threats is long.  But the response to it gives me hope.  I want to share what I am seeing with you so that you will have hope too.

Across the country people are rising up.  They are forming groups to push back and reinstate the norms we believe in.  There are groups that formed after the Women’s March such as Indivisible and hundreds of others.  There are new candidates who never would have run for office before. I have met some of them.  They are inspirational, articulate, and engaged with their districts and knowledgeable about their needs.  They are running for office in numbers we have never seen before.  There are groups that are funding these new candidates as well as groups teaching these newly minted candidates how to run for office, helping them advocate well and know how to manage an effective campaign.  There is a lot of activity in the grassroots.  Little of it is being covered on cable news.  But it is happening nonetheless.

I plan to do a series on these new candidates and groups in the Markin Report.   I think of this grassroots energy as the resilience effect.

We see the resilience effect in recent special elections.  There was Virginia, then Alabama’s Doug Jones, then Colorado’s Conor Lamb and a number of others.  Grassroots groups of black women, suburban women and others got active to knock on doors, get out the vote and both remind and get people to the polls on election day.  We see Republican lawmakers deciding not to run for office in large numbers- I think we are up to 41 now.  (They see what is coming.)  What we are seeing is evidence of the antibodies to this sickness we have in our country.

One of the most inspirational candidates running for office is Stacey Abrams.  I want to tell you about her.  She is running to be the first black female governor of Georgia.  The way she is approaching her campaign is comparable to others who have won before her in so-called red districts and states like Doug Jones and Conor Lamb.  She, and a group of supporters, are going door to door talking with people who have never had a Democrat knock on their door before.  She asks “What keeps you up at night? What do you need to have a better life?”  She listens and learns.  Then she asks, “Do you know what a governor can do to help you?”  And then she says- “If you make me your governor I will help you in these ways” and spells out her plan of action.

I think that what Stacey Abrams is doing is a kind of voter therapy.  She is reaching out to people who are the so-called Independents, or non-voters as well as Democrats.  She is not relying on TV ads to get her message out.  She is creating a groundswell of voters who will go to the polls for her because they are loyal to her.  This is what works.

We are learning that red districts and red states are in fact full of “blue people” who need to know their vote matters.  22% of the electorate is Republican.  34% is Democrats.  44% are so-called Independents.  When you do voter therapy, you are reaching out to and engaging people who have lost faith in their political leaders and do not bother to vote or voted for Trump hoping he would help them, but they are not seeing the change they thought they would get.  These people need to know that their vote is incredibly important.

At this point some of my friends feel so sickened by Trump fatigue, they have made a decision to turn away and try to live their lives without thinking too much about what is going on politically and nationally.  Others have made a decision to push back by taking action.  Taking action happens in many ways and as the 2018 election approaches there will be even more ways to help.

We can be the antibodies that will help our country regain its health.  Look for opportunities to support good candidates.  Join their door knocking teams.  Get out and do some political therapy to heal our country.  You will feel better if you do.  You will heal faster too.