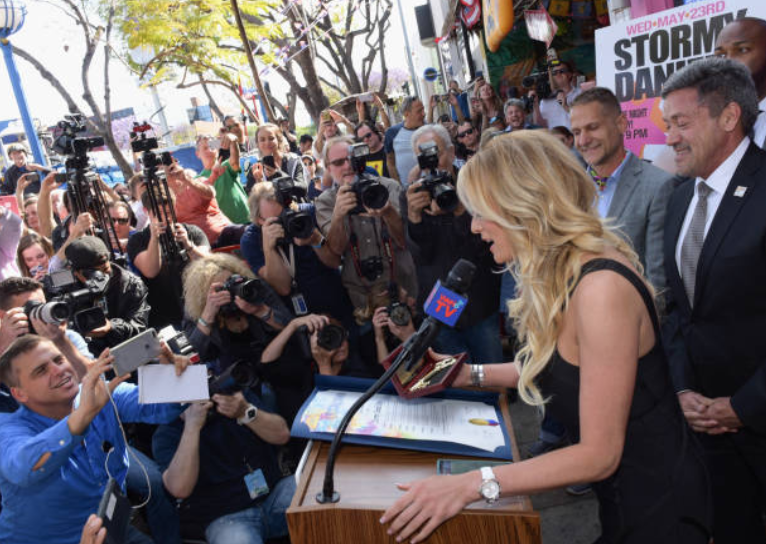 Blog Post May 9, 2018:   Follow the Money to the Truth; Michael Avenatti Gives Us a Glimpse Into the Coming Truth- Stormy Daniels, the Mueller investigation, and the SDNY Corruption Unit Probe Converge at the Edge of the Swamp

Michael Avenatti, Stormy Daniel’s lawyer, just dropped a bombshell yesterday.  Many people do not understand how significant that bomb is just yet.  But they will. Factually, Avenatti revealed that a Russian oligarch by the name of Viktor Vekselberg, connected to Putin (spoiler alert, they ALL are connected to Putin), funneled $500,000 into the very same LLC, Essential Consulting entity, that Michael Cohen “managed” for Trump and that paid the $130,000 hush money to Stormy Daniels.

What is coming together are three strands of inquiry:  Stormy Daniels, the Russia probe, and the corruption probe in New York. They are converging at the swamp’s edge.

By having his investigative team dig into public filings and records and probably other sources, Michael Avenatti seems to have figured out the real purpose of the LLC run by Michael Cohen was a slush fund for his benefit and probably also Trump’s benefit.  Avenatti is not being this straightforward in his remarks on cable news shows, but he is brilliantly trolling Trump and his minions by calling out Cohen and daring Trump/Guiliani to prove him a liar by putting out the evidence that would contradict his innuendo all while assuring us that they won’t be able to do that.  Nice work, Avenatti.  He continues to beat Trump at his own PR game.

Where did the money come from and where did it go?  If you follow the money trail you will get to the truth.

Where did the money come from?  We are learning that there were companies looking for influence.  AT&T paid large sums into this LLC every month to get so called “insights” into the new administration at a time when Trump was making noise about not allowing a merger AT&T wanted to make happen.  We know that Novartis made payments of $99,980 a month to this LLC and that Trump then had dinner with the CEO of Novartis.  We know Korea Aerospace was paying money into this fund.  And a group connected with Vekselberg also paid into this LLC. There may well be others who paid into this fund to gain influence.  Millions of dollars flowed into this fund and out of it.  Avenatti suggests we will find out more over time.

Allegedly these groups are giving money to Michael Cohen’s LLC to get Cohen’s “wisdom” about real estate and get his business advice and accounting expertise (huh?).  Does anyone really believe that?  With all the expert advisors that these companies could choose to help them understand business and real estate why in the world would they pick Michael Cohen to help them?  Duh.  The answer is obvious.  He has a direct pipeline to Trump.  He can not only get these guys to Trump, he can get their money to Trump and to Trump’s organization and possibly the RNC as well.  Pay to play.  The swamp.

This information is going to come out one way or the other as the probes ripen.  No wonder Trump is worried.  No wonder Guiliani is running around like a chicken with its head cut off on cable shows trying to see if getting rid of Mueller will be a workable strategy.  No wonder we see Mike Pence in an interview saying that the investigation has been going on for a year and now it’s time to wrap it up- nothing to see here.  No wonder they added a lawyer to the team who understands the dynamics and politics of impeachment.

Also- No wonder Mueller referred this evidence to the SDNY corruption unit to be developed.  Mueller has this evidence, along with the US Attorneys Office in the Southern District of NY.  The peril to the Mueller probe is far greater now and Trump’s deep-seated need to get rid of the Mueller probe has gone way up.  He must be like a teen-ager with a giant pimple he really really wants to pop.  Only, that will not rid him of his oeril.   The evidence has metastasized.  The truth will come out.

How will Trump play it?  He will say “Cohen did this on his own.  Cohen was trying to make money off of his relationship with me”.  Trump will say “I am innocent.  I had no idea Cohen was so dirty.”  He will try to rev up his base with cries of “Witch hunt!” and throw dirt at Comey, Mueller, Sessions and Rosenstein.  He will throw Cohen under the bus and possibly Jared Kushner as well as anyone else who would testify against him.  This is a desperate man.  A con man who doesn’t care about the law.  He will try what he can do to beat this rap.  He has Republicans in Congress who are his enablers and donors who are now and will in the future try to help him with his cover up.  I do not think the majority of the American people believe him anymore, if they ever did, but I hope that this information comes out before the mid terms because the American people need to understand what they are voting for if they vote for Republicans.

I do not know when the whole truth will come out about this slush fund, but I have no doubt that it will because Michael Avenatti, Robert Mueller and the US Attorney’s Office corruption division of the Southern District of NY are all working to get us the truth.  The paper trail, the factual evidence is the key to knowing the truth.   They are working on different cases that probably intersect and interweave.

Worlds converged yesterday: Stormy Daniels, the Mueller probe, and the Corruption Unit of SDNY are pulling back the curtain to reveal the truth about our president: Donald Trump IS the Swamp.  Boom.