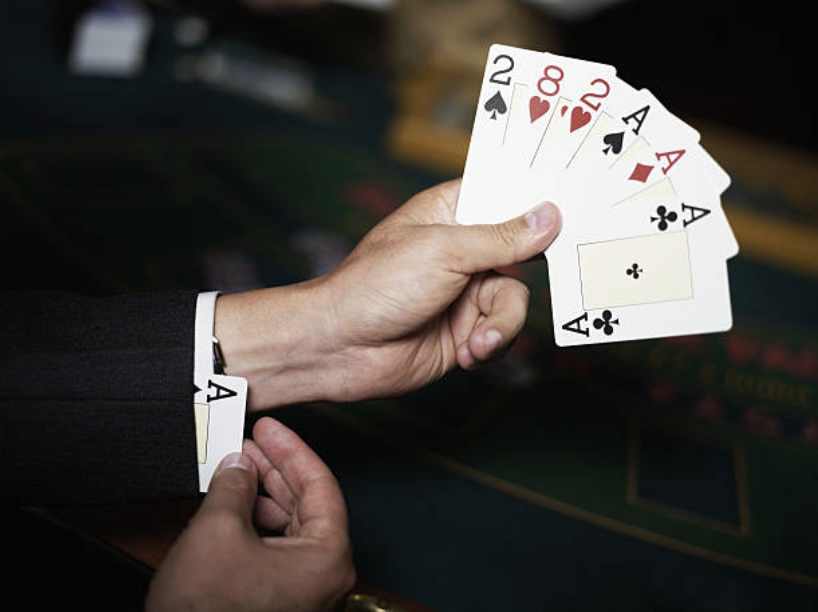 With Brett Kavanaugh on the Supreme Court, right wing political ideologues have completed their take over of all three branches of government.  They cared only about winning at any cost, not about ethics and morality.  In fact, ethics and morality are liabilities to them.  In their playbook, rules are for sissies.  Lying and cheating is how they roll.

Part of the way the right wing captured all three branches of government is that they figured that the other side would play by the rules, allowing them free rein to attack the opposition by creating alternate universe narratives that are bold lies that would go unmet by a counter narrative.  Trump and the Republicans not only color outside the lines, they lie about coloring outside the lines.  They get away with it because our side is too nice.

For example, Trump just announced that “women are happy that Kavanaugh is on the Supreme Court”.  Like hell we are!  We are living in Opposite Land.  Almost everything coming out of Trump’s mouth is the opposite of reality.

The rest of these Republican enablers spew alternate reality fictions too.

And they are lying about what is going to happen with Roe v Wade.

When it comes to Kavanaugh’s contention that he will uphold Roe v Wade, he is lying.   He and the other 4 male Catholic Supreme Court judges are going to gut a woman’s right to choose by allowing limitations and restrictions on the right to an abortion.  I believe they won’t directly reverse Roe, so they can pretend that the case still stands. There are currently 20 cases in various stages of judicial review wending their way to the Supreme Court.  They consist of cases that would require doctors to give abortion seeking patients misinformation instead of accurate information; impose unnecessary restrictions on abortion providers; ban the most common second trimester abortion procedure; criminalize doctors who do abortions when the fetus has an anomaly which would force women to have babies with known defects against their will; imposition of an 18 hour mandatory delay before getting an abortion; outright ban on any abortion after 15 weeks; gut Teen Pregnancy Prevention programs; gut any birth control benefits to be paid for by insurance, and more.

I could go on and on with many illustrations of the alternate reality Republicans create, and I bet you could think of some instances too.  From McConnell to Trump to Devin Nunes to Kavanaugh and Susan Collins and on and on, you absolutely cannot believe anything they say at this point.  All of it is self-serving, political theatre.

I have always believed that living with a moral compass was the right way to live.  I have always believed that being fair minded would create greater success for people in life.  And that may still be true for most professionals who are navigating their careers.  But in today’s politics that is too Pollyannaish.  We are in a bareknuckle brawl with Republicans who have lost their moral compass and won all the prizes by doing so: House and Senate, Presidency, and Supreme Court.  We have to understand the dangers of playing nice in a political space dominated by cheaters and liars.  What do you do when the other side wins by cheating?  What do you do when the game is being played by the rules ONLY on your side, not on their side?  Do you stick to the rules?  Do you color outside the lines to win?

Look what happened to Barack Obama.  He lost ground for progressive ideology in this country by being a fair-minded consensus seeker, playing by the rules and trying to reach across the aisle.  He liked the image of Lincoln holding his enemies close to him.  Instead, McConnell and his group of right-wing Republican ideologues vowed on the night Obama was inaugurated to make him a one term president and limit his initiatives and they are making that a reality now.  Almost everything he stood for is being dismantled or is at risk.

It also seems clear with the benefit of hindsight, that Trump and these Republicans never planned to pivot to appeal to all Americans or work for the good of our country.  They are, in effect, a group of traitors to our country because they do not put their country first but rather put the interests of themselves, their re-elections, and the fortunes of the already rich and powerful, the Evangelicals, and corporate interests first while pretending to do just the opposite.

What is the way forward?

What we need in this country more than ever before is unity and a sense of shared purpose.  What we have in this country instead is an administration that will do and say anything to stay in power by being divisive.

How are we going to get the unity our country needs?  I do not know all the answers, but I do know we need to work on some clear, achievable goals that will get us closer to undoing the damage being done to us.  We need to retake the power and leadership.  One foot in front of the other.

First, most people in our country in both red and blue sectors feel lost and left out.  They feel they do not belong and that this administration is not listening to them.  Democrats need to be the party that does listen and respond to the needs of the people.  Knock on doors and listen to the needs of the voters.  Then tell the voter how the Dems will help them have better lives.  Voter therapy.  Door knocking ups the turn out by 12%.

Second, we need street fighters in Congress.  No more mister nice guy.  We need former marines and former prosecutors in there fighting for us against these corrupt dishonest Republicans.  Those ARE the kinds of tough-minded people who have stepped up to run for Congress as Democrats in 2016, many are first time candidates like MJ Hegar and Cindy Axne and Josh Welle.  I have met and spoken with a lot of them.  They will make you feel better about our government if they can get into Congress.  Don’t get upset, get out the vote!!

Third, we need to call out the lies.  I am sick and tired of people lying on cable news and getting away with it, aren’t you?  Don’t let Susan Collins get away with saying that an investigation was done, and no corroboration was found.  Counter that lie with the truth: a bogus investigation was done to avoid finding any possible corroboration.  Send her a tweet or a letter.  Another fantastic vehicle for calling out the lies is the nonprofit, Media Matters.  They are a progressive research  center that monitors, analyzes and corrects  right-wing misinformation.  They trace back the lie to its origin and expose it to the press and to influencers across the country. They are very effectively working to counter the false narratives from Fox News and they do much more to fight the battle against the alternate reality from this administration.  Support Media Matters! http://www.mediamatters.org/

Fourth, when it comes to our candidate for president, we need to look for a leader who is the anti-Trump: smart, inspiring, mature but younger than Trump, realistic, good sense of humor, calm and reassuring, steady not erratic, progressive but not scarily so, and, unfortunately, I think we need a white male as our candidate for president.  I like Steve Bullock, governor of Montana.   He won the governorship in a state that went for Trump by 20 points.  He knows something about running for office in the era of Trump.  Given the current Republican party, a person of color or a woman would be used by Republicans as bogeyman, to scare Independents to vote Republican not Democrat.  Our country is still too full of misogynists and fearful people in the heartland to vote for a Cory Booker, Kamala Harris or Elizabeth Warren for president, although they could run as Vice Presidential choices and create tremendous engagement if they would be willing to take that role instead.

Fifth, we need to stop worrying so much about coloring inside the lines as long as the Republicans are this dishonest and corrupt.  I don’t think we have to lie and cheat.  But we do have to be fierce and fight back whenever there is a false narrative from the right.  We have to be less afraid of blow back and speak out loudly without worrying whom we will offend when we have positions that we believe in including reasonable gun regulation, health care for all, affordable education, environmental protection, and human rights.

Sixth, when it come to Roe v Wade, we are going to need our state governors, Attorneys Generals and legislators as well as other groups to fight back on every restriction and to pass laws for our state that counter the damage that will be done to Roe.  We will need a well funded NARAL, Center for Reproductive Rights, and Planned Parenthood to fight for our rights. To support them, go to: NARAL Pro-Choice America http://prochoiceamerica.org. Center for Reproductive Rights http://www.reproductiverights.org/, and Planned Parenthood http://plannedparenthood.org/).  In Illinois we need Personal PAC to keep our state safe for women’s reproductive rights http://personalpac.org/

Sometimes, because of the danger of being overly correct in a corrupt world, it may be acceptable to violate a norm if that advances an important result.  In my opinion, for example, it was understandable for someone from Senator Feinstein’s staff or some other aide to intentionally leak Dr. Blasey Ford’s identity which set in motion the series of events witnessed last week in the Kavanaugh hearing.  We all heard Dr. Ford’s testimony.  And we will never forget it.  She was heroic.  Her place in history will be one she and her family will be proud of.  Someday, a little girl who heard her and was inspired by her testimony might decide to run for president. Kavanaugh’s confirmation, on the other hand, will go down in history as the stinking dirty work of a corrupt administration that will taint and politicize the Supreme Court for as long as he is on the bench.

It’s time to fight the cheating and lying.  Call out the lies.  We need fighters in Congress.  We need to speak out about what we know Americans need and want.  Talk with and listen to the voters.  Repel false narratives with factual, strong counter punching narratives.  We are in the battle for the soul of our country and our rights.  We know they cheat.  We can’t let it go unanswered.