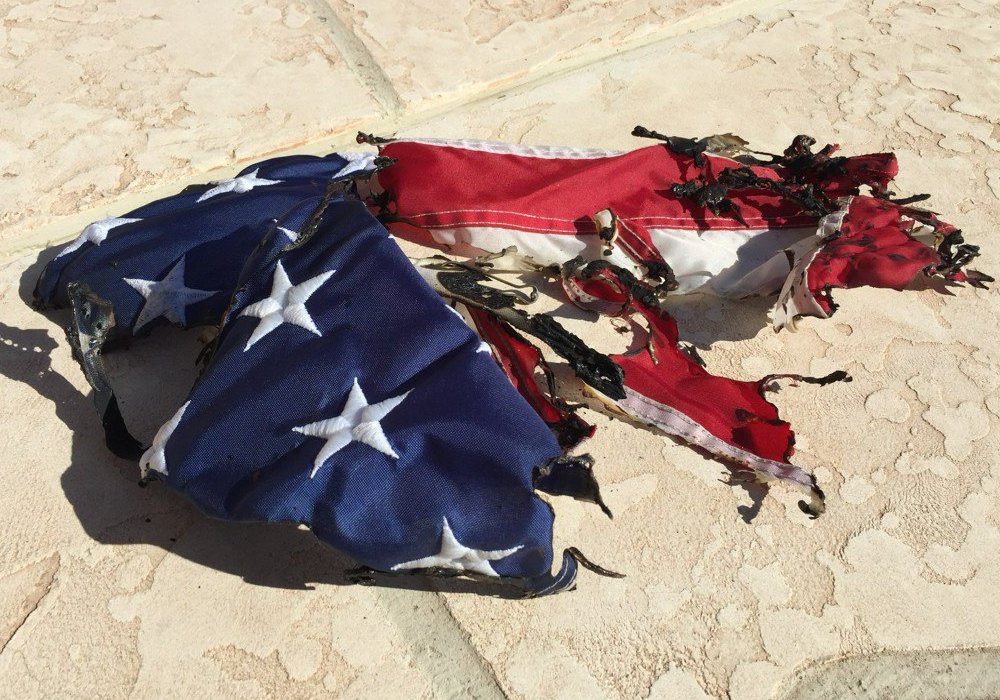 Donald Trump just had his most off the wall, rambling, one-hour stream of consciousness press conference EVER!  We are hearing the raw sewage of Donald Trump’s thinking, undiluted and unfiltered.  During this rambling rant he declared a national state of emergency which everyone knows is a friggin lie. Including him.

He even said as much.  He said, “I didn’t need to do this.” Very true. That was one of the few truthful things he did say.  He really DID NOT need to do this.  And he’s doing it anyhow and expecting to be sued, which he will be.  He will be sued by many parties that will be injured by his power grab to snatch money from the funds that had been designated by Congress.  Trump wants to re-purpose billions of dollars for his racist fantasy border wall.

The most potent adversaries of Trump’s power grab and injured parties with clear standing (courts will definitely take these cases), will be those people who own property at the border that the government will now forcibly take from them by eminent domain to build Trump’s wall.  This is not going to be like taking candy from a baby.  This baby is going to fight like hell.  In addition, the idea of confiscating land from Americans at the border who own the property, runs counter to the deeply embedded independent streak of the Trump voter.  Government should bug-off, not take their land for a vanity project the president wants so he can win re-election!

Trump did this because he claims the wall will stop a stream of drug dealers, even though the factual evidence is that they come in at the ports, not driving cars overland and “turning left” when they enter the country, as Trump keeps strangely asserting and really seems to believe in his feverish paranoid obsessive dream world that includes women tied up with duct tape in the back of cars driven by drug dealers.  No wonder Trump never sleeps at night.  His head is full of crazy shit.

“The only reason we’re up here talking about this,” he said in the press conference, “is because of the election”.   Hey! Thank you so much! Because you just made the case against yourself.  What you asserted is precisely what the plaintiffs will say in their law suits against you.  No emergency.  Just a man who can’t make a deal with Congress and wants to defy the Constitution to get what he wants.  End of story.

Except it is not the end of the story.  Because every day in Trump’s Crazy town we get another day of crisis, idiocy, mismanagement and paranoia.

For one thing, Nancy Pelosi and the Dems are going to kick some Republican booty.  They are going to put the Republicans in a vise-like world of hurt.  How? The president can declare a national emergency using the National Emergencies Act of 1976, but Congress can condemn a presidential declaration of national emergency.  Pelosi and House Dems are already working on a joint resolution disapproving of Trump’s declaration.   This will pass easily in the House.  The resolution will then go to the Senate where, by law, Mitch McConnell will be unable to block the vote, much to his chagrin, forcing a vote in the Senate to be taken and the big deal is that EVERY SINGLE REPUBLICAN SENATOR WHO VOTES IN FAVOR OF Trump’s BOGUS NATIONAL EMERGENCY WILL BE FORCED TO BE ON RECORD for taking Trump’s side in this attack on our democracy or face the wrath of Trump and his base.  The Republican Party is going to be damaged by this no matter what they do because it will cleave the party in two.

What else is going to happen?

The courts will weigh in.  And these cases will wend their way up to the Supreme Court which will be the final arbiter of this crisis.  I have faith in Chief Justice Roberts to follow the precedent set in 1952 when the Supreme Court limited the power of President Truman to seize steel plants in Youngstown Sheet& Tube v Sawyer.  Even if Kavanaugh, Thomas, Gorsuch and Alito vote to prop up Trump and turn against their grounding in Constitutional law, Ginsburg, Breyer, Sotomayer, and Kagan will definitely reject Trump’s overreach.  Roberts will be the deciding vote.  He will most likely uphold the Constitution.

Of course, the real emergency is Trump himself. He is putting our democracy at risk as a result of this power move.  He who would be a dictator instead of being the president of our country is forcing a constitutional showdown.  If a president can overrule the hard-fought decisions by members of the House about how to appropriate taxpayer funds, and if a president can declare a fake emergency and move money around at his discretion, he will have crippled the House of Representatives in its role as defined by Article 1, section 9 clause 7 of the Constitution.  The founding fathers were afraid of just this possibility- a president who would be king.  Trump is trying as hard as he can to bend this country to his will.  The House now led by Nancy Pelosi and run by the Democrats will stand up against him.  But will the GOP led Senate?

We have finally arrived at the Constitutional Crisis we have been expecting for some time now. This is the moment that Republicans must either find their spines, or cave.  This is a tipping point for our country and the GOP.  If Republicans cave to this pressure, they will end up flushed down the toilet along with Trump in 2020.  Their failure to stand up for our country against a man who is going to be exposed as part of a conspiracy and successful cyber-attack on our country by Russians will go down in history as treasonous.

We have Ann Coulter and, of course, Trump’s fearful base, to thank for this moment in history. She pushed Trump to have the shutdown to get the 5 billion for the wall and then verbally pussy whipped him to force him to make it the longest shutdown in American history.

And is she happy now?  No, she is not.  She assault-tweeted him again after he signed the bill to end the shutdown.  That bill gives him 1.3 billion, far less for the wall or barrier than he would have gotten in any of the prior agreements he turned down, great deal maker that he is.  That catapulted Coulter into another one of her hissy fits.  Now she is saying, “The only national emergency is that our president is an idiot.” On that we can all agree.

But we are also facing a national emergency about whether power will be distributed and defined differently between the executive and legislative branches of government and whether the Constitution and precedent will be upheld by the courts, especially the Supreme Court, under this assault from Trump.