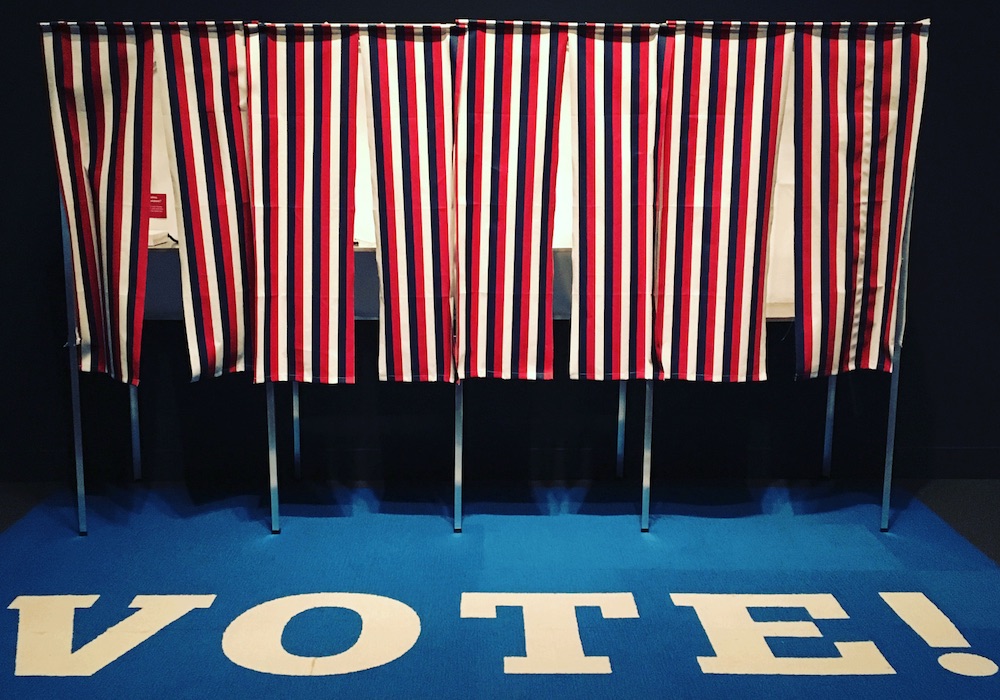 I used to be an Independent voter.  I voted for the person, not the party.  But I have changed my mind.

There are good lawmakers and candidates in the Republican Party, but I cannot vote for any of them even if they are nice folks and I like their ideas.  They have become part of the cult of Trump now that Trump is in full control of the Republican Party. The GOP has always been known as a party that requires everyone in their choir to sing from the same hymn book.  Unlike the Democrats.  In the Democratic Party. The Dems agree to disagree and mix it up with each other.  You do not see that in the GOP these days.  Everyone tends to be in lock step.  Conformity. On message.  If you stray from that loyalty, your days are numbered.

Case in point is Justin Amash (R- Michigan).  He actually read the Mueller Report and concluded, as anyone would who read it, that Trump broke the law and he needs to be impeached.  Amash said so and was cheered by his constituents in his town-hall meeting.  As a result, Amash was publicly attacked by Trump and his fellow Republicans even though his constituents gave him a standing ovation for what he said.   Amash recently left the Freedom Caucus, a group that he used to help lead.  And then he quit the GOP.

Amash READ the Mueller Report but other Republicans DON’T DARE read it.  Because once you have read it you know Trump is a criminal who played footsie with the Russians (and is still willing to) and clearly obstructed justice over and over.  Being uninformed about what is in the Mueller Report is the only thing you can do if you are in the GOP.

Like the monkeys who see no evil, hear no evil, speak no evil, these members of the GOP must pretend to be blind, deaf, and dumb in order to survive this administration, untethered as it is from reality, bound in all ways to the alternate universe that is Trump’s creation.

This level of conformity in the GOP is part of the reason Trump has been able to get almost every single Republican lawmaker in DC on board with him despite being the worst president in the history of our country, a man who is totally unfit for the presidency.   The Republican-led Senate is a totally owned subsidiary of Trump Org. and will never convict him if he is impeached by the House. He has a stranglehold on Republicans and since they all march to the same drummer, Trump can rest assured that as long as he has the power of the presidency, Republicans will support him as their very own “dear leader”.

However, behind closed doors it’s a different story.  Many Republicans do not like Trump and realize how dangerous and unfit he is.  Justin Amash has reported that secretly many Republican colleagues expressed their admiration of him for speaking out about Trump’s abuse of power documented in the Mueller Report.  Some in the GOP are appalled by him and they say so to their Democratic colleagues but never in public.  They dare not say anything negative because Trump will bully and threaten them, tweet at them, primary them and otherwise assault anyone who dares to break away.  He has cowed Republican lawmakers at this point.  They are a bunch of quivering bunnies, unable to assert their power as an Article 1 branch of government.

Joe Biden has said that Republicans “know better” and that they would be open to cooperation once Trump is out of office.  Biden’s assessment, while overly rosy, is based on his formerly good relationships with many Republicans.  But that was a different era. In this era the only way Republicans will come to their senses and work with Dems will be if they HAVE to work with Dems to get their legislative goals met.

In a post-Trump Washington, DC, would Republicans “know better?”  Possibly. Because there are so many Republicans who secretly hate Trump and hate being on a leash to him especially given his many hateful policies being implemented at the border and his evident mysogyny, xenophobia and nativism.  There are clearly many aides in the White House who hate Trump so much they reliably leak embarrassing information about him to the press.  A lot of these imprisoned people would probably welcome a Trump-free universe even if they are too chicken to band together to make it happen by their own hand.

Trump is bad but Mitch McConnell is an even bigger part of the problem in Washington.  McConnell, more than Trump, is the real reason Congress is so broken.  McConnell laughingly calls himself the “grim reaper” because none of the many bills passed by the House that help Americans will get a hearing or a vote in the Senate.  The Dems are passing wonderful pieces of legislation that would help the majority of Americans. They all go to the Senate to die at McConnell’s hand since he will not call them for a vote.

Until Trump is no longer in charge and, with McConnell’s help, controlling the Republican Party with an iron hand, there is no way anyone of good conscience should vote for any Republican no matter how charming that person might seem to be.  Once that person is elected, he or she will be conscripted and forced into submission, in lock step with Trump and Mitch McConnell.

For those of us who are at times annoyed that the Dems attack each other and are boisterously pointing out the faults and blemishes of other Dems, just remember that Democracy should be about voicing opinions.  It’s about Elizabeth Warren having a plan for this and another plan for that and Mayor Pete having ideas about foreign policy and debating those plans and ideas and coming to a compromise and implementing what works for the American people.  We don’t always agree.  But that’s how we figure out what to do in a democracy.  It is a messy process but one that has served us reasonably well.

Will Republicans find their souls once Trump is gone?  Only if the Dems regain unitary power: House, Senate and Executive Branch.  Only then would the GOP realize that they HAVE to get along with the Dems. Only then would the curse be broken.  They would have to work with a president Joe Biden or a Pete Buttigieg or an Elizabeth Warren and a Dem led Congress.

The only way out of this mess we are in will be massive turn out and a full repudiation of the Trump and the GOP in 2020.

If you want Washington to work for you, do not vote for any Republicans. At all.  Join me in voting only for Democrats until Trump fever passes.