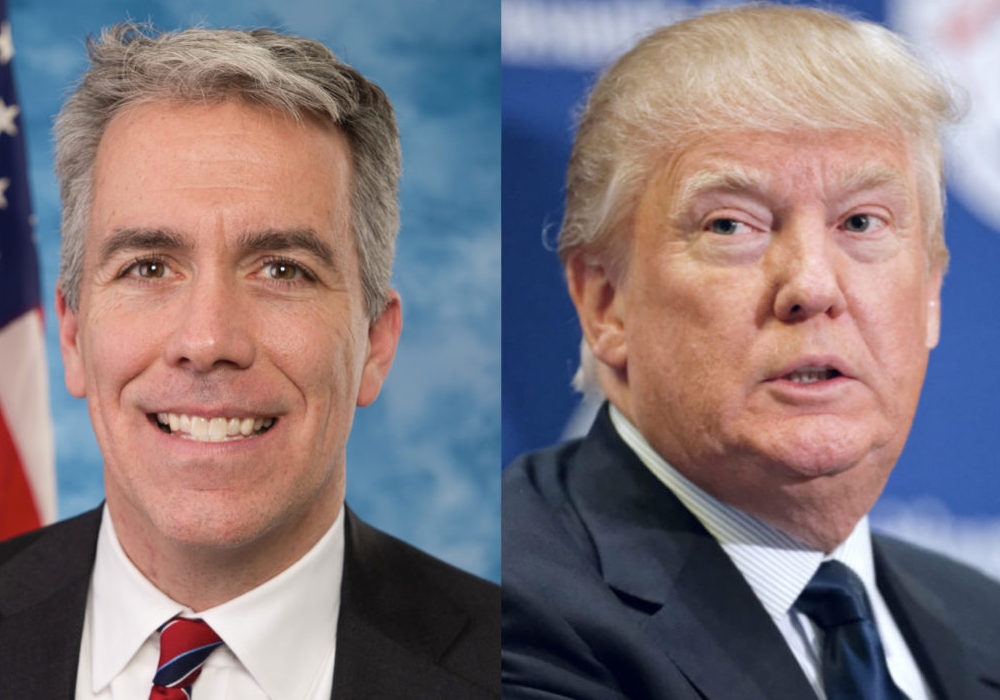 Trump seems to be losing it as real world consequences close in on him.

A lot of people are wondering why Trump is acting and talking like he’s the king of everything, wants to buy Greenland and when he feels dissed by the Danish PM (a woman), he cancels his trip to Denmark; why he is saying, maybe half jokingly, that he is the Chosen One (as he looks heavenward); why he tweets out the praise of a right wing conspiracy theorist who says he is Israel’s savior.  If you understand the psychology of a malignant narcissist, Trump’s imperial tweets and behavior not only make sense, they are predictable.

Take a look at Craig Malkin’s chapter in the book, The Dangerous Case of Donald Trump, where he writes about hallmarks of psychotic spiraling that malignant narcissists experience when they feel threatened by “troubling truths” that challenge their deep seated need to be the greatest, the most special one, the most acclaimed of all.  Malkin tells us that increasing paranoia, impaired judgment, volatile decision making and gaslighting are to be expected.  We are seeing all of these behaviors with Trump.

As Trump faces more and more troubling truths that are real world problems he cannot pretend away with a jaunty thumbs up or by flashing a big smile as he tried to do while holding the baby in El Paso whose parents had been shot dead by a white supremacist spouting the very words that Trump and Fox News have been repeating, Trump will act more imperious and king-like. He is feeling more and more assaulted by a reality he cannot shape with public relations efforts, rebranding, blaming others, saying something is fake news or bullying.

Here are a few of these reality checks coming at Trump fast and furious:

1) The world faces a global recession that will be blamed on him because he started a trade war with China and was incapable of coming up with a deal.

2)  Elizabeth Warren rising steadily in the polls and his own poll numbers are shrinking, even with white blue collar women voters who carried him over the top in 2016.  Trump’s bullying approach is backfiring.

3) His tax cut helped the rich, not the farmers and blue collar people he promised to help. How long will they put up with the pain he brought upon them when they realize there is no deal with China coming?

4) White supremacists are the biggest terror threat to Americans, not Muslims, not immigrants.

Faced with these troubling truths, he asserts himself in the only way he knows how to – in a grandiose way, trying to flip the script with his power-tweets and by sheer force of his “almighty will”.  These are tactics that might have worked for him as a real estate mogel, but they are not going to solve the problems he faces now. We will see more of his grandiose behavior as his administration comes apart especially as a global recession takes hold.

Trump is currently in France at the G-7 Summit but even in transit to the Summit, he damaged the world economy again via Tweet by stoking the trade war with China.   The series of unfortunate incidents began when Trump’s Fed chair, Jerome Powell, was trying to calm the nerves of investors and companies around the world by dampening fears of recession.  As he spoke, the stock market responded by slightly improving.

That did not last long.   China slapped more retaliatory tariffs on 75  billion dollars of American goods. Then Trump “hereby ordered” US companies to move their operations out of China, acting as if he is some sort of imperial overlord of the US with the power to tell companies what to do.  And he tweeted out that both the Fed Chair and the Chinese president were “enemies” and he did not know which one was worse. After that he intensified the trade war with China by slapping an additional 5% duty on $550 billion in targeted Chinese goods. (Tariffs are paid by US consumers, y’all, not China, despite what Trump says.)

The stock market reacted by tumbling over 600 points on Friday before the close of the trading session.  The world economy anticipates that it is facing an intensifying trade war which will seriously damage global stability.  More countries will go into recession.  Markets will react badly.  Many companies will slow down and hunker down instead of growing.  Recession will become more likely in America. Some of this will be the direct result of Trump’s impulsivity and his inability to make a trade deal.  Bullying China will not work on China.  They take the long view.  Trump, on the other hand, is a day trader who is desperate to get re-elected.  The heat’s on him not China.

People on the right are finally worried about this dangerous president because he is ENDANGERING THEIR POCKETBOOKS.  They are expressing that worry behind closed doors.  Republicans are going to have to do some serious soul searching that is long overdue.  Will they support a primary challenge to Trump?  Because that is on.

Joe Walsh, former Tea Party flamethrower from Illinois and “conservative” radio talk show host, is going to challenge Trump in the primary.  Here is a portion of Walsh’s op ed in the New York Times.  Read for yourself what he was saying about Trump before he declared he would jump into the primary:

“Mr. Trump isn’t a conservative. He’s reckless on fiscal issues; he’s incompetent on the border; he’s clueless on trade; he misunderstands executive power; and he subverts the rule of law. It’s his poor record that makes him most worthy of a primary challenge.

Mr. Trump has taken the legitimate differences that Americans have on policy and turned them into personal division. He’s caused me to change my tone and to reflect upon where I went over the line and to focus on policy differences moving forward.

Yes, William Weld, the former Massachusetts governor, is challenging Mr. Trump from the center. But the president is more vulnerable to a challenge from the right. I’m on the right, and I’m hugely disappointed that challenge hasn’t yet materialized.

Mr. Trump’s most vulnerable against a challenger who’d make the case for strong borders — instead of warning of “invaders,” dragging us down, turning neighbor against neighbor. A majority of Americans want fixes to our most basic problems.”

Maybe Walsh is the best person to help Trump’s base understand how dangerous this president is for all Americans, including them.