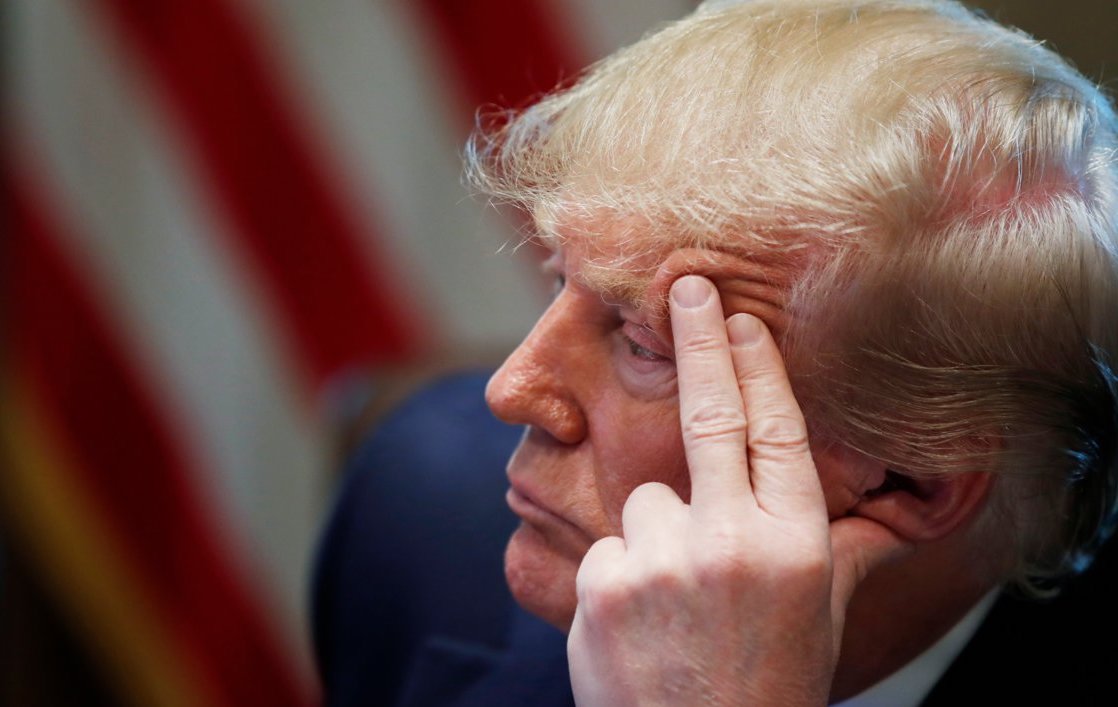 Before Gordon Sondland testified on Wednesday there were rumors that he might clam up and take the 5th.  In fact Republicans felt pretty cocky about Sondland being their guy, protecting the president and keeping the Dems frustrated in their efforts to get the truth out to Americans.  But instead of taking a hit for Trump, Sondland dropped a series of bombshells by telling the truth.  That was a wise move for him.  His lawyer probably had a heart to heart conversation with him in which he told Sondland that if he likes living in his nice home with his wife and getting to jet around in the plane he flies, he better tell the truth, the whole truth and nothing but the truth.  And Sondland listened.  And he did.  Mostly. He looked relaxed and at ease as he testified even though the day was long,  He joked around too.  At one point Rep Krishnamoorthi said, people talked about you as the “Gordon Problem”.  “That’s what my wife says too,” he quipped.  It is always easier to tell the truth.  Sondland’s testimony today was consistent with the other fact witnesses who have already testified.  But he went further than they had gone because he directly tied Trump, Pompeo, Mulvaney, Pence and others in this administration to the bribery and extortion scheme.

Let’s look at what he established in his testimony:

Sondland also called out the administration for stonewalling and obstructing saying that he had to answer a lot of questions without having access to his notes and his documents which he pointedly and repeatedly said would have made his job of testifying a whole lot easier.  He did bring in some of his own emails, his communications with Pompeo and Mulvaney that directly connected both of them to the “drug deal” going on.  The Trump administration is blocking (obstructing), not responding to subpoena requests from the House.  Sondland called that out more than once.  Obstructing Congress is very likely going to be one of the articles of impeachment.

The Republicans were all over the place like chickens pecking around on the ground to find something, anything, to eat.  They quibbled around about the damaging testimony as it was coming out.  Nunes was not prepared in advance to alter his opening statement after Sondland dropped his bombshells in HIS opening statement.  Nunes stuck to his now irrelevant script invoking conspiracy theories that are pushed by the Russians and now echoed endlessly by right-wing media and Trumpublicans.  During the hearing they attacked Sondland for not remembering things but that was laughable, because it was the administration that was making it so hard for Sondland to testify since the White House was stonewalling and obstructing the House committee from getting those very notes, texts, and emails Sondland wanted to refer to.  Consequently, that was a super weak argument.

Republicans tried to question whether Trump was really the one directing the scheme.  They made a point of arguing that Sondland was relying on circumstantial evidence and that the president never told him he was engaging in a bribery.  That was another weak argument given that Trump is known to operate like a mob boss and that he speaks in “code”.  We learned that from Michael Cohen and James Comey.  Trump speaks evasively and cryptically but lets people know what he expects.  In this case Trump would never have SAID he was committing a crime. He pointedly sent a text to Sondland saying “NO QUID PRO QUO!” to be able to claim that he was not extorting or bribing Ukraine.  That defensive text was sent AFTER the House announced it would be opening up an investigation into this matter.   In addition, texting that as a talking point is not the same as the facts and evidence, and the facts and evidence show a clear quid pro quo which Sondland confirmed.

Republicans tried to claim that Sondland might have misconstrued what Trump wanted.  Maybe Trump really wanted Ukraine to clean up their general corruption and that’s what he meant by doing “investigations.”  The problem with that defense is that Trump himself in the read out of the call he had with Zelensky on July 25 tells us what he is thinking.  He mentions Crowdstrike and Biden numerous times but he says absolutely nothing, nada, about general corruption in Ukraine.  In fact Trump has never ever expressed any concern about corruption in other countries like Turkey, for example, and has instead invited Erdogan over to the White House to be one of his autocratic besties.  In addition, the millions of dollars for military support was approved by Congress for Ukraine was approved only after the Dept of Defense had certified that Ukraine had met all of the anti-corruption benchmarks.  “Investigations” was code for the Biden hit job.

Republicans tried to make much out of the idea that there was no testimony tying Trump directly to withholding aid.  But Sondland wasn’t stupid.  He understood that was going on.   2 plus 2 is 4.  Sondland conveyed to the Ukrainians that to “break the log jam” and get their aid, they needed to do what Trump wanted.  As Schiff pointed out the Republicans seemed to think that if Trump did not explicitly say he wanted to bribe the Ukrainians then there is no evidence of bribery.  That is nonsense.

In a jury trial when it comes time for the jury to deliberate, the jurors get instructions from the judge.  One of the common instructions that juries will hear is that circumstantial evidence should be given equal weight as direct evidence and that jurors should employ their common sense when they think about the evidence.  The way to think about circumstantial evidence is to imagine that you are walking down the street and you hear a loud crash and you turn and see two cars are in a tangled mess and there is smoke rising up from both car engines.  You can conclude that these two cars just had an accident even though you did not see the two cars collide at the moment of impact.  That is circumstantial evidence but it is reliable to make conclusions based on what you see and hear and what is logical to conclude.

Perhaps the most important moment in this hearing was the passion we heard from Adam Schiff at the close of the hearing.  He is a former Assistant US Attorney and he understands that given these facts and this evidence if Trump were a governor or a politician in any position other than the presidency, these facts and this evidence would be the basis for an indictment and jury trial that would certainly send Trump to prison for many many years.  “Getting caught is not a defense!”  Schiff said emphatically.  He summarized the evidence and then he asked this important question- Knowing what we know about what the president and his allies did, what are we prepared to do about this?  Is this the country we want to live in?  Is this okay with us?  Was Mick Mulvaney right when he said “Get over it.” Or do we want to live in a country where people are not above the law, including the president?

I know that answer for myself.  What do you think?