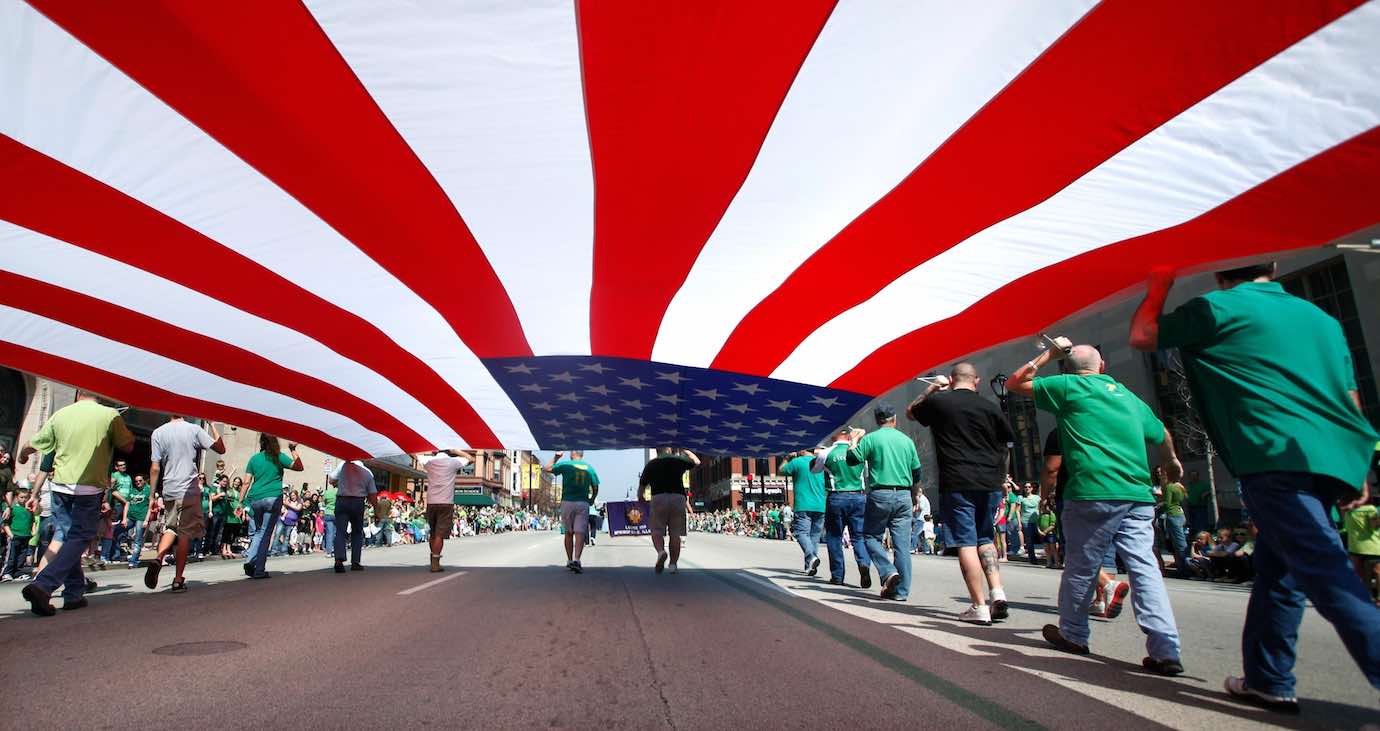 The end of the impeachment trial is almost here. Senators who complained there were no first hand witnesses rejected any witnesses or additional evidence at all including Bolton who knows it all.  Midnight Mitch is rapidly closing up shop even as new evidentiary bombshells drop daily that expose more and more Republicans to be inextricably intertwined in Ukrainegate and Trump to be the director of the plot.  It’s Guiliani, Trump, Pompeo, Barr, McConnell, Cipollone, Devin Nunes and more Trump allies to come.

Will the Republicans pay a price?  Will they lose their grip on the Senate over this travesty of an impeachment trial?  Because we all know now if we were ever in doubt before that what Republicans care about is winning at any cost.  Republican Senators joined the Trump conspiracy.  They are part of the cover up and obstruction engaged in by Team Trump. They are accessories after the fact.

And what about the power of Congress?  What has become of the Article I oversight power?  The Republican-led Senate just cut off their own balls to appease Trump by giving up their power of oversight to him.  He who can do no wrong will now do wrong at an ever increasing, ever more shocking pace… because he can.

Welcome to the end of our democracy.  There is one last chance to save it.  And it was always the best chance.

But first I have to talk about some of the weird arguments we are hearing from Trump supporters to justify this result including Alan Dershowitz’s off the wall argument that if Trump thinks his corrupt or illegal acts to stay in power are in the best interest of the country then, by gum, he has a motive that is pure as the driven snow.  He is relieved of having a corrupt motive, argues Dershowitz. Why?  He is doing what he is doing for the good of our country.  Aww.  Isn’t that sweet?

There was some discussion in the Q and A section of the trial about whether if Trump has both a corrupt (I do this to win re-election and get more for myself and my greedy family and friends) and a selfless motive (I do this for the good of the country), can we give him credit for the selfless motive and forgive him the corrupt one.  Good question?  Not really.  The clear answer is NO!!  Try this idea on, Republicans: if Barack Obama had been asked by China for a better trade deal and Obama had said “Sure but I need a favor, though, I want your country to open up a bogus criminal investigation on John McCain so I can talk about that in my re-election campaign because that way I can make him out to appear to be corrupt”, we all know how the Republicans would have been howling and screaming about that!!  You think they would argue that since Obama thought he was such a great president that anything he did in furtherance of his re-election for the good of the country would be beyond reproach? I rest my case.

A bigger bunch of bull crap has never been offered in defense of a man who makes no pretense of being interested in any good but his own.  It is laughable that Dershowitz would actually have us believe that Trump was concerned about our country not himself when he tried to smear Biden with an extorted fake announcement of a corruption investigation into his political rival.  If we follow that logic to its bizarre conclusion, any politician in power or aspiring to be in power should be excused for engaging in any number of illegal acts as long as he argues that he was motivated by the best interest of the country.  What politician doesn’t believe that?  Are we supposed to reward their self-serving inflated egos by allowing them to get away with crimes and corruption because they think they are the best thing since sliced bread?  You can’t fool us, Alan Dershowitz.   We know a con job when we see it. Corruption is corruption.

What other excuses are being made for Trump?  The big one is that he did it but it’s not bad enough to impeach him over because the next election is right around the corner.  Let the people decide.  That argument falls on its face because in this instance Trump’s bad acts were designed to corrupt the upcoming election.  If he is not stopped he will do more and more and more.  And he is not being stopped.  As Adam Schiff has said, how will Americans be able to trust the results of the next election?  The answer is not that Trump and the GOP do not care if the American people believe in the results of the next election.  That would be bad enough.  But this is worse-Trump and the GOP do not want Americans to trust the election results.  Just as he threatened to do with Hillary Clinton, if Trump loses in November, Trump is going to say that the election was rigged and that HE is still the King, I mean president.  The Dems need to have a real plan in place to remove him when he says he will not leave the Oval Office after losing the election (let’s hope) because that is what he is going to do after the results are in.  He will declare the election was rigged and insist he is the real winner.

Other Trump loyalists will say they didn’t need to hear any more because they just knew he was not guilty…. of anything.  Ever.  These are the evangelicals and the Trump base who are morally rotten to the core as people.  They claim to be good Christians but they are not.  Not all Trump voters fit into this box.  Some do care that children have been put in cages at the border, for example.  That is a sign that they have not lost all empathy in the service of their authoritarian leader who is giving them right wing judges and tax breaks that made the rich even richer, and kept our country from becoming “socialist”.  The litmus test for a hopeless Trumpofile is if he or she says “Children caged at the border?  Their parents should never have brought them to the border! It’s their fault.”

Trump has effectively turned the presidency into a dictatorship in just 3 years’ time.   All of the concern and all of the worry from pundits and op-ed writers about Trump being untethered to reality, being a danger to our country, being unaware of American history and the Constitution is all coming down to the end of the fight for the soul of our country which Trump is now poised to win.  Fox News over MSNBC.  Really fake news over false fake news.  The far right conspiracy theories over facts and reality.  Denial and dissembling over honesty and truth.  Cover up over exposure. Winning at any cost over moral courage and the preservation of our ideals.  Dystopia over the shining city on a hill.

So what is next?  The next chapter is the one we have to write.

We the People are the last thumb in the dyke to keep our democracy from being overcome by the dictatorship Trump and the GOP have forced on us.  When history looks back on this time in our country it will be said that no one was able to stand up to Trump and check and balance him just as with the rise of Hitler.  Fear of the browning of America incubated Trump and Trumpism and fearmongering won the day.  The Dems did their level best to check and balance Trump by presenting a slam dunk impeachment case with perfect witnesses and the most logical arguments and best evidence but that case was doomed from the beginning. It was disregarded by the Senate Republicans.  Unless We the People rise up and work hard to get Democrats elected up and down the ballot and in every at risk Senate seat and support whoever the Democratic nominee may be, our country will become a Trumpian dictatorship.

The next chapter is ours to write.  We still have one last chance to keep our democracy.  Here’s what we must do:

1) Stay focused like a laser beam on the key swing states (Michigan, Wisconsin, PA, Arizona, Colorado, Maine, North Carolina, Georgia, Minnesota, Florida) which are the only ones that matter.  Don’t think that any national poll showing Trump losing to a Dem is worth anything.  Trump could lose by 5 million votes and still win because of the Electoral College.

2) The best nominee would be one who would be able to win with the largest margin over Trump in the key swing states.  That means the Dems have to appeal to a more centrist, old school right wing working class part of the electorate which does not think like the coastal elites.  Even if the Dems on the coast can make a great case for lovely freebies like free college, medicare for all and other such policies, the centrists in the heartland think that means they will be paying for all those goodies for black and brown people who will squander them on drugs in the inner city.  Sorry, Bernie Bros, that is the big problem we face in the upcoming election.  Over time this will change as you guys get older.  If you would just move to red districts and red states things would be different!  Hey, how about moving to the south, you latte drinking elites?

3) And one more cautionary note- we need to give up our purity tests for the Democratic nominee.  ANY Democrat is better than Trump.  A dead rat is better than Trump.  So IF Bernie is the nominee I will work as hard as I can to get him elected even though I personally believe he will hand Trump his re-election on a silver platter.  The Russians agree with that assessment because they are attacking Biden on Facebook right now as you read this and they are NOT attacking Bernie.

4) Take a look at Bloomberg.  He sounds like a guy who could beat Trump and get our country unified and headed in a progressive direction.

Now is the time to get off the bench to save our democracy.  We must do this,  We can do this.  This was the best solution all along.