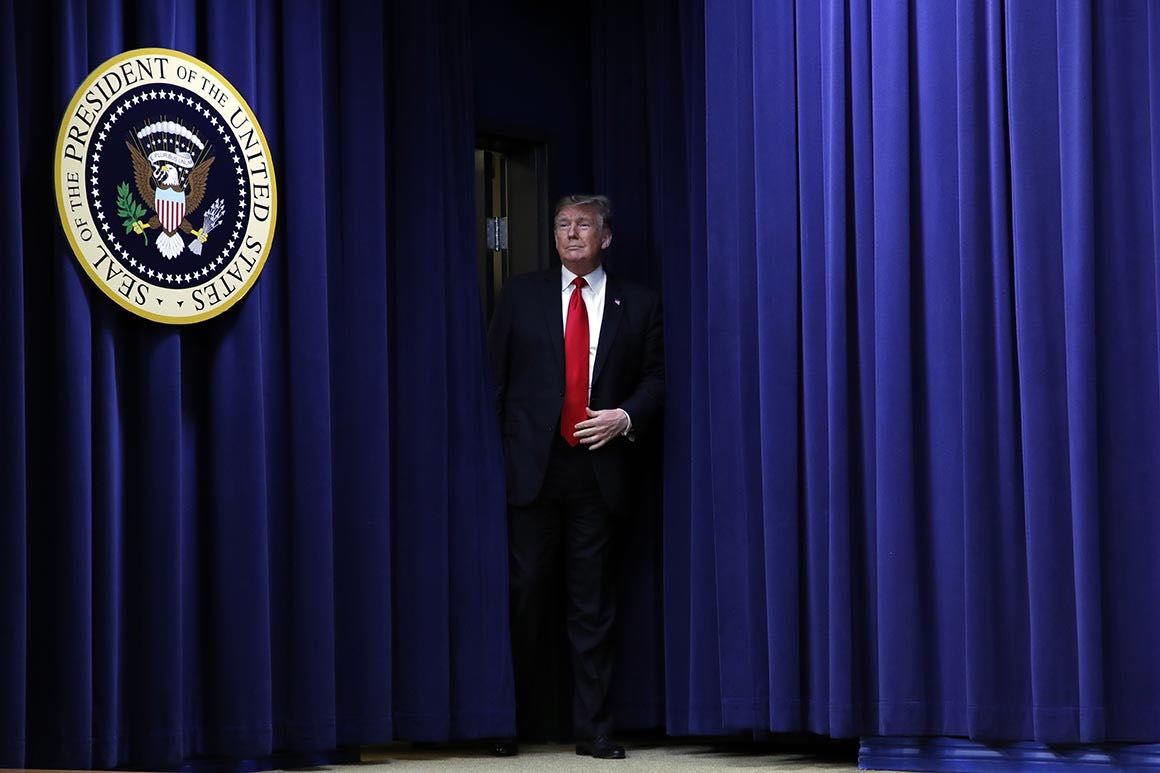 Way back in December, the Washington Post reported that since descending that staircase and ascending to the Presidential throne, President Trump had exceeded the 15,000 mark when it came to making false and misleading claims, at least as calculated by the Fact Checker’s database that analyzes, categorizes and apparently keeps track of such things.

The new year, though barely a month old, finds him just as busy.

On January 2, the US military carried out a drone strike near Baghdad International Airport to kill Qasem Soleimani, the Iranian major general. This was a bit of a surprise, as these things often are, but when the White House tried to pinpoint to members of Congress the reasons for Soleimani’s assassination, they missed the target. Two Republican senators – yes, Republican senators — blasted the briefing. Mike Lee of Utah and Rand Paul of Kentucky felt it was the worst they ever heard.

Making matters worse, when Fox News asked the President about the reasons for the assassination, President Trump explained that he based his bold decision on the fact that Soleimani was planning an imminent attack on four American embassies.  Unfortunately, his answer seemed to conflict with what the military was saying. Across the United States, Americans were left to ponder whether the President had gone ahead and blurted the “real” truth and revealed more than Pentagon officials considered prudent, or, as several television commentators speculated, whether the President was just making it all up as he went along.

Soleimani was responsible for the loss of many American lives, so this was serious stuff.  Yet the sad truth is not that we don’t know the answer, but that we even have to ask the question.  We have, more or less, entered an era where truth does not seem to matter.

That is the condition we find ourselves in today.

We ask ourselves, can the President be trusted to tell the truth? He, of course, to help himself win the election, stressed the fact that he had never before been elected to political office to claim that he, unlike politicians, was not tethered to political correctness. Though we certainly suspected, most of us still probably underestimated how tenuously he was tethered to the truth.  President Obama was not born in the United States, he said. Repeatedly. Of course, it wasn’t true. But he said it enough that many people came to believe him.

Then, when President Trump was elected, despite photographs to the contrary, he and his spokesperson Sean Spicer claimed that more people attended his inauguration than had attended any others, most prominently President Obama’s. Preposterous statements became the norm as Sean Spicer and Sarah Huckabee Sanders were required, on a weekly basis, to make laughingstocks of themselves trying to justify statements the President made that might charitably be considered highly questionable.

It seems that the White House cannot even be trusted to accurately report the weather. On January 12, 2020 @WhiteHouse tweeted, “First snow of the year!” with a photo of the White House façade and what appeared to be snow falling from the sky. The problem? It was a balmy 68 degrees in Washington D.C. on January 12, and, even if that were not the case, January 12 would not have been the first snow of the year in Washington. Now, any high school student can tell you that snow is an impossibility at 68 degrees and, as a barrage of twitter users accurately reported, there was no snow in Washington D.C. on January 12, 2020.

As anyone familiar with the President and his viewpoints also well know, this is not the first wrestling match the Trump Organization has entered in coming to terms with the weather. This is, after all, the same man who has called climate change “a hoax” on numerous occasions and presented an altered map to make false claims about a hurricane threat that didn’t exist. Despite this, the President still has the audacity to accuse others of “fake news.”

Today, the American people (or at least 55% of us) question the credibility of President Trump’s most important statements, such as why the U.S. killed the leading general of a foreign country.

Who today would give our current president the same credence? The President has promised us that he would give us the best appointees, that he is the smartest person to ever become president, a claim as easily made as it is difficult to prove, and that he uses the best words. It seems more likely, however, given President Trump’s long history in business and as a salesman, he has a tendency for what we call “puffery” – that his words are the best, that his appointees are the best, and that his crowds are the biggest.

And that Soleimani was about to attack four American embassies. As opposed to one. Or more. Or none.  We should not have to ask.

America has had its fill of puffery. What we need is a president we can rely on, that we can trust. Unfortunately, given what we know about the President and his public statements, it seems the only thing we can rely upon is that he and his word are wholly unreliable. God help us if we lose the capacity to care.

Guest Author: Michael D. Monico is recognized as one of the premier criminal defense attorneys in the country, representing individuals and corporations in high profile federal criminal and regulatory cases. Mr. Monico began his career as an Assistant United States Attorney for the Northern District of Illinois from 1973 through 1977. Over the last forty years, Mr. Monico has represented clients in white collar, health care fraud, antitrust, public corruption, mail, wire and securities fraud, and foreign corrupt practices investigations throughout the United States and around the globe. Named as one of “The Best Lawyers in America” from 1991 to the present, among his many honors, Mr. Monico has served as past President of the American Board of Criminal Defense Lawyers and is a Fellow of the American College of Trial Lawyers and the International Academy of Trial Lawyers.  He completed service as the President of the Seventh Circuit Bar Association and he co-authors the only treatise on federal criminal law in the Seventh Circuit, entitled Federal Criminal Practice: A Seventh Circuit Handbook, now in its twentieth edition.