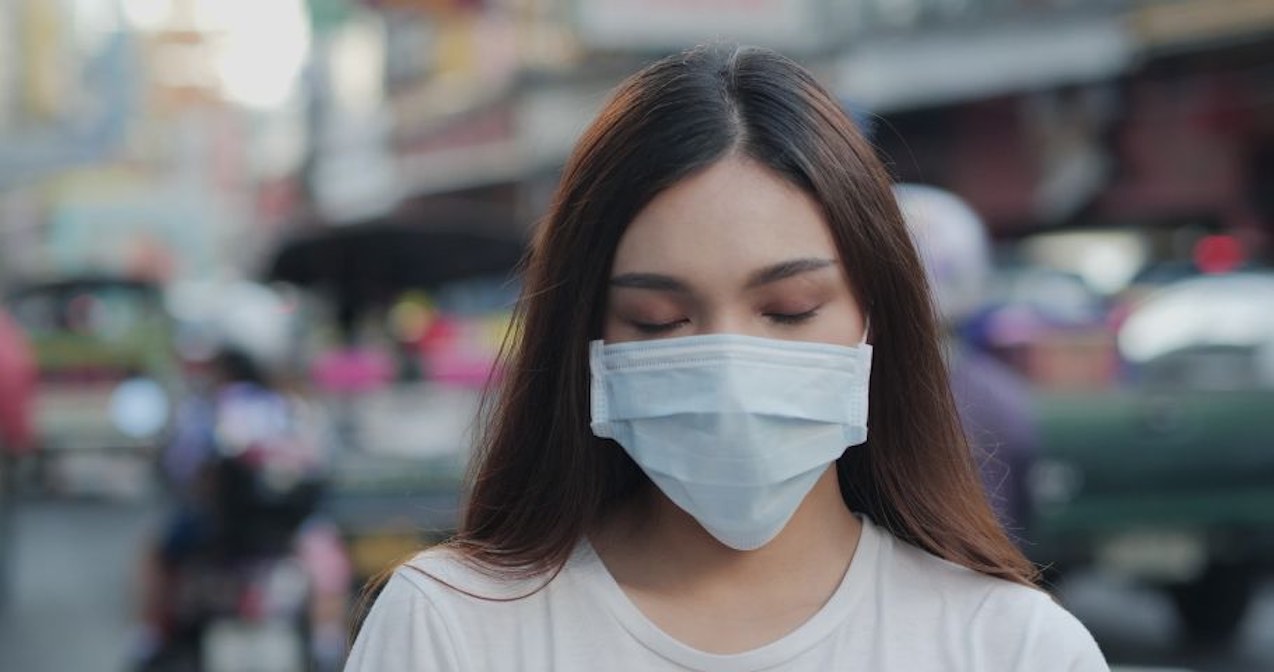 The whole world has come to a crashing halt faced with a real threat that is invisible: cancelled meetings, people running to stores to stockpile for the Apocalypse leaving shelves empty, events that had been planned for months abruptly cancelled across the board, schools closing, restaurants changing to take out only, Wall Street in a free fall, even the US Supreme Court delaying scheduled oral arguments.  You know the world is falling apart when the bars in Chicago are ordered closed right before St. Patrick’s Day.

Flattening the curve.  That’s what this is about.  Hunkering down.  Staying home to stop the spread.

This is about lowering the crest of the wave of seriously sick people that can be expected to contract Covid-19 in the coming days and weeks.  This is all about protecting our fragile health care system and already thinly staffed hospitals across the country, especially in rural areas and every emergency room everywhere, as we watch the Covid-19 wreckage in Italy, Spain, Iran and other countries trying to learn as fast as possible from these countries’ experiences.

Based on what is happening in Italy, we can expect huge numbers of very sick people with life threatening respiratory disease in need of ventilators to show up at our hospital ERs about 1 to 2 weeks from now.  Italy is reporting 368 coronovirus deaths in the past 24 hours with 3,590 more cases reported Sunday.  There are a total of 24,747 cases there as of yesterday (Sunday).  The US Surgeon General said today (Monday)”When you look at the projections, there’s every chance that we could be Italy. Widespread social distancing could help change that trajectory.”  We are said to be about a week behind Italy at this point.

We must flatten the curve.  This is what Dr. Anthony Fauci and all our other doctors and epidemiologists are telling us we need to do.  That means stay home.  Practice social distancing.  Self-isolation.  Wash your hands with soap.  A lot.  Soap and water is even better than Purell because it bonds to the virus and if you sing Happy Birthday twice while lathering up you have killed the building blocks of Covid-19 before you forget not to touch your nose and let the virus get into your system.  To the extent all of us do that we could help to flatten the curve and stave off the terrifying mess that Italy is experiencing now with people dying for lack of respirators in hospital hallways or sent home to die and rising numbers of desperately sick people in need of emergency care with hospital staffs overwhelmed.  Self-isolating is a relatively small price to pay for the greater good including our own good.

But not everyone is on the same page about the dangerousness of this pandemic.  Wherever you are living, the day might look like a nice spring day.  Nothing different.  What is all the fuss about?!  You feel just fine. This is a stealth war with an invisible enemy.  In order to understand you have to force yourself to believe in science and stop believing in what Trump has been saying and Fox News has been pushing.

Trump first learned of coronavirus many months ago, but his way of dealing with it was to claim it was a hoax and new way to try to keep him from being re-elected and cancel the rallies that energize his campaign.  Consequently, there is a big divide between Democrats and Republicans in terms of how much they think coronavirus is a real threat with serious implications for themselves and their families or simply the next Democratic hoax and a made up threat to hurt Trump’s re-election bid.

A new poll found 68 percent of Democrats are worried that someone in their family could catch the virus, while just 40 percent of Republicans and 45 percent of independents share that concern.

The gulf in perception over an outwardly nonpolitical issue underscores how signals from politicians and media outlets have played a critical role in shaping how seriously Americans are taking a viral outbreak that has overwhelmed health care systems and triggered mass quarantines in several countries around the world.

Why is something that would have been perceived as a general threat to all of us in the past, something akin to a world war, a massive raging fire, a giant earthquake or a tsunami, being portrayed as a political ploy by Democrats and coastal elites who are allegedly still in mourning over Hillary Clinton’s 2016 election loss?

The obvious answer is that Trump and Fox News need to come to terms with reality.  They haven’t fully done that yet. And until they do, the Trump cult base is at far greater risk of contracting the disease because they are not taking precautions.  Many Trump supporters are still in denial and they continue to have faith in the version of reality that says the Dems are evil and out to keep Trump from being re-elected.

– On her Saturday night show, Fox host Jeanine Pirro downplayed the possibility that the coronavirus is more deadly than the flu, arguing that “that’s only because there’s a flu vaccine” and if not for the vaccine, “the flu would be a pandemic.” Pirro somehow drew the conclusion that this means that “the talk about coronavirus being so much more deadly [than the flu] doesn’t reflect reality.”

– Fox host Pete Hegseth downplayed the impact of coronavirus: “I feel like the more I learn about this, the less there is to worry about.”

– On Hannity, Fox News medical correspondent Marc Siegel said that the “worst case scenario” with coronavirus is that “it could be the flu.”

Other prominent right-wing commentators like radio personality Rush Limbaugh have painted coronavirus fears as a ploy to stop Trump rallies.

It really calls for crazy and stupid thinking to believe that Italy, Spain, France, Iran, South Korea and other countries shut down their countries to damage Donald Trump’s chances for re-election as part of a nefarious Democratic plot.  And yet, here we are.  Many of Trump’s most devoted followers think the coronavirus is a hoax.

Because of this thinking, a large number of Trump followers are failing to heed the advice of the CDC and Dr. Fauci to the detriment of everyone in our country.

Unfortunately many Trump supporters have been believing in Donald Trump and Fox News for far too long.  They are still relying on these unreliable sources of information for their reality.  And now it is potentially life and death for them as well as the rest of us if they do not comply. In their defiance, Trump supporters risk far greater likelihood of getting this disease and dying of respiratory failure since Trump has also mismanaged the crisis and our country is unprepared.  Not enough testing kits.  Not enough ventilators.  Not enough swabs. Not enough personal protective gear to keep the hospital staff and doctors safe.

Using logic, if these Trump supporters refuse to follow the CDC guidelines and continue with their usual interactive lives, they will be more likely to contract Covid-19.  It follows logically from there that that could result in higher numbers of Trump supporters getting Covid-19.  You would think Trump and Fox News might change their tune if they realized that their fact free alternate universe thinking could selectively result in the deaths of more of Trump’s followers especially since many of them live in rural areas where there are fewer hospitals and many of them are over 60, which puts them in an age group that is more likely to die from this virus especially if they have underlying conditions as many do.

Believing in science and the truth matters now in a way it never did before.  Ironically, whether Trump supporters are able to leave the Trump cult/Fox News bubble and accept reality will soon become a matter of life and death for them.

Can Trump pivot to truth?  On Monday Trump stood at the podium and seemed to be trying to set a different more factual tone in his press conference.

The stock market has plunged another 3000 points after the Fed reduced interest rates to essentially nothing.  The market understands that the Fed has no more rabbits to pull out of its hat now.  The market understands that a pandemic cannot be sugarcoated.  So instead of rallying, the market fell lower.  It was the biggest one day loss since 1987 and the third worst day ever for the stock market. Nasdaq had its biggest one-day plunge in its history.  All of the gains during Trump’s presidency are gone now.

Was that what finally woke Trump up to change his tone?  Was it that Tucker Carlson broke with the other Fox News hosts, going to visit Trump to tell him he was worried about him because Covid-19 is a really bad and really real thing?  Was it a group of angry Governors pressuring Trump to get serious about this?  Something happened.  Because in that press conference we began to see the glimmer of a pivot.  Trump even said something nice about the press.  He said the pandemic would be around longer.  He “urged” people not to gather in groups of 10 or more for 15 days.  Old people, he said, should stay home.

However, I noticed that the size of the group on the dias behind the podium standing by that particular old man numbered more than 10.  And the old man at the podium wasn’t staying home.  Whether Trump has stepped out of the alternate universe and into reality will become more clear in the next few days.  We will see if Trump can sustain this uneasy relationship he might be developing with the truth or whether he will revert to his usual conman ways- trying to tell us there will be a quick cure and that everything is under control when it is not.

As for all you Trump followers who think this is a hoax, you owe it to yourself read this article in the NYT about how Trump voters changed their minds about Covid-19 being a hoax.