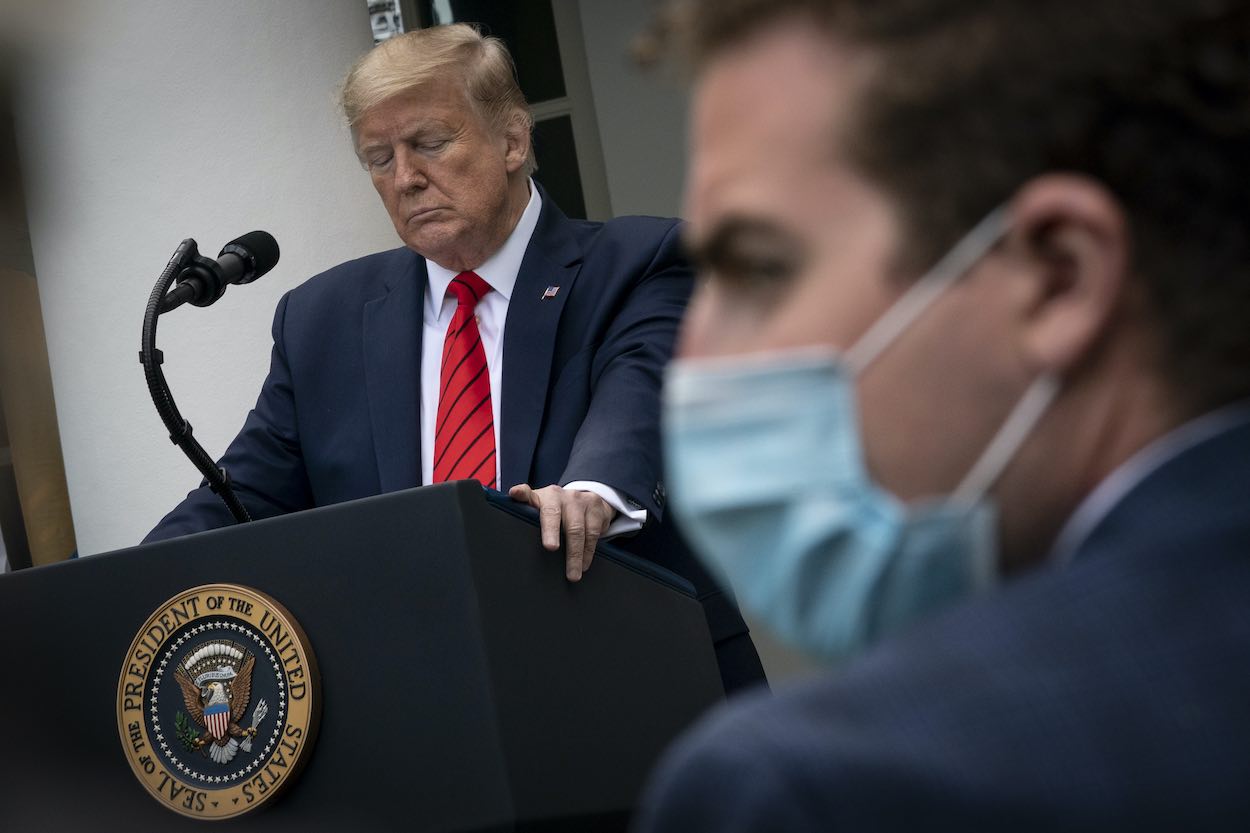 87,000 Americans known to be dead from coronavirus (but the body count is probably already over 100,000 based on reliable data cited in NYT)

1.4 million confirmed cases in the US. Our country is 3-4% of the world population but we have 1/3 of the cases.

23,792 total for new US cases as of last Sunday (lower than previous 4 days but higher than May 4th and 5th as New York gets their regional crisis under control).

We are learning more about this virus every day. It attacks more than the lungs. It can attack multiple systems. Some people seem to be over the disease only to battle returning symptoms, including blood clots that are life threatening. After recovering some people continue to need respirators and experience other long term effects. Strange potentially multi-organ system failure in children that were otherwise healthy is linked to Covid.

The virus is easy to transmit and can result in a wide range of impacts on the human body from little or nothing, to lingering, longer term problems, to terrible battles to stay alive that force people to battle for every breath, a battle that some win and some lose.

Against this backdrop Americans across the country, egged on by Trump who is desperate to be re-elected and needs the Dow to stay up, are defying stay at home orders and pushing for a return to business as usual whether or not their state meets the guidelines set by their governors.

At the beginning of the week, Monday, May 11, Trump took to the podium for his Rose Garden news conference, looked out on a group of journalists sitting 6 feet apart who were wearing face masks at the request of his own administration, and was faced with evidence of the falseness of his “Mission Accomplished” “we have met the moment and we have prevailed” message. A banner behind Trump read “America Leads the World in Testing.”

This upbeat message was met with cynicism by some reporters.  A female reporter asked him a pointed question doubting our leadership in testing that infuriated Trump.  He attacked her and took a swipe at China for good measure.  She tried to ask a follow up question about why he was attacking China in his response to HER specifically, someone of Asian descent. Another female reporter tried to step in. Trump petulantly dismissed the second female reporter after calling on her. Then he abruptly left the podium. His recent nonstop rabid tweeting about cuckoo stuff like Joe Scarborough being a murderer (look it up yourself, I am not going there) and something about Obama breaking the law (Obamagate- which Trump says “you know what that is” but does not say what that is), are indicators of Trump’s dark, disturbed state of mind.

With Trump’s own White House staff now wearing masks, including Jared Kushner, who stops by his office often, Trump is constantly reminded and confronted with a stark rebuke to his own upbeat message that everything is fine. In addition, Pence will not be stopping by for a visit to the Oval Office anytime soon because Katie Miller, who is on his communications team and working closely with him and others on his staff, has tested positive for coronavirus, along with one of Trump’s personal valets. Ivanka’s personal assistant has also tested positive.  The West Wing seems to be becoming its own pandemic hot bed, reinforcing the message that it is dangerous for all of us to return to normal life thanks to the president’s bungled response to this crisis and in direct contradiction to Trump’s upbeat messaging.

Trump’s normal weaponry, beating back his foes and enemies using disinformation, conspiracy thinking, blaming and PR is not working against this foe.  Pandemics do not respond to public relations.  Coronavirus don’t care, it just keeps on doing what pandemics do- surging where there are more victims to assault.

On Tuesday, May 12th there was a Senate hearing. The witnesses testified remotely before a group of lawmakers where few people actually showed up in person in the hearing room because many of the Senators and the witnesses themselves were in self-imposed isolation after being exposed to the virus.  The witnesses were: Dr. Fauci (NIH Director), Dr. Redfield, (Director of the CDC), Brett Giroir (Asst Secretary of Health), and Steven Hahn (FDA).

In the Senate hearing, Dr. Fauci delivered grave warnings in his usual calm, measured way. The “coronavirus is not under control.” This was in direct contradiction to Trump’s cheery messaging, of course.  The stock market fell 500 points after that, infuriating Trump.

Here are the key points from Dr. Fauci’s testimony:

Trump’s claim that “America is leading in testing” compared to countries like South Korea is his attempt to turn a bad thing into a public relations coup.  But Mitt Romney pointed out that South Korea tested early unlike our country. The result was that far fewer people  contracted the disease there compared to our country. South Korea has not needed to test more over time. We do because we failed to test early.

Trump’s claim that anyone who wants a test can get a test is FALSE.

We are testing only 2% of our population. That is better than before (and some hospitals are ramping up testing much better) but we are far from what we need. We are only testing certain people who have certain identified symptoms related to Covid, but we need to have the ability to test anyone who wants to find out whether he or she has been exposed and could be a carrier even before any symptoms appear.  Our number of tests per person is low. Our testing rate is 7 times lower than the Czech Republic and Estonia.

Trump’s contention that “cases are falling everywhere” “all throughout the country the numbers are coming down rapidly” is also FALSE.

Here are the facts. While New York is getting its cases down, cases are surging in less densely populated regions of the country. There is an unreleased White House report obtained by NBC showing that the coronavirus rates are spiking in some rural and smaller city communities in the middle of the country.

Each state has its own plan and its own rules, which makes some sense although it is confusing, because different states and communities within those states have different challenges balancing the need to use social distancing against the need to keep businesses open and operating for the sake of the economy. The problem is that without federally led and funded massive testing and reliance on data and science, many of these communities are flying by the seat of their pants, flying blind, hoping against hope for the best.  Wishes and prayers do not work against a virus.

This is not success. This is failure to lead at the federal level and specifically failure to get a national plan in place for testing, tracing, isolating and quarantining which would also be the key to ramping up the economy that is badly damaged by shut downs imposed to curtail the spread of the virus.

On Thursday there was a Senate hearing. Rick Bright, a leading scientist who was fired as the head of the Biomedical Advanced Research Authority which oversaw the federal government’s effort to get treatments and a vaccine for Covid-19, testified before the House Committee on Energy and Commerce. Bright has filed a whistle blower complaint against the Trump administration for removing him from his job for refusing to push hydrochloroquine as a treatment option when it was not known to be safe as a treatment for Covid.  Trump and Fox News were pushing this as a miracle cure until it was shown to be linked to deaths of Covid patients from heart problems.

These warnings are a stark contrast to Trump’s rosy pronouncements.

Who do you trust to be right?  Dr. Fauci and Dr. Bright or Trump? Who has a track record for telling lies? Do I really need to remind you about the over 18,000 false or misleading claims our president has told to date?

Trump is doing his best to counter any messages that throw cold water on his cheerful, upbeat public relations efforts to get Americans to defy stay at home orders, get back to work to keep the Dow up so that he can have a winning argument to make for his re-election bid.  Trump thinks his last best chance to be re-elected is to ignite the base to rise up, demand re-openings and liberations and get people to think they are “warriors” who will brave the pandemic for their freedoms, the right to get sick and possibly die if they choose to.  Of course that will result in other vulnerable people being exposed to a surging pandemic for a longer period of time.  Don’t people have a right to live in a community that follows health guidelines for public safety giving vulnerable people a greater chance to stay alive? Is that not a valid right?

The Wisconsin Supreme Court, a group of right wing judges, struck down the stay at home order of the Democratic governor.  Wisconsin bars were immediately jammed with people defiantly sitting next to each other, swigging beer.  Do they understand what they are doing? Are they really ready to risk dying for the Dow to re-elect Trump?