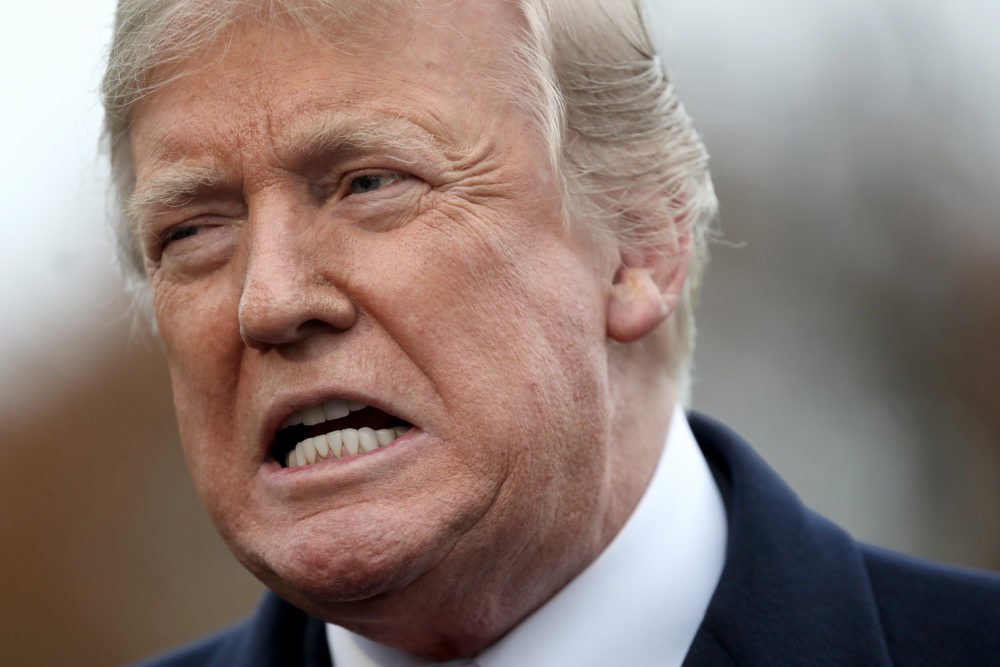 Donald Trump’s campaign is in a heightened state of anxiety over remarks he made about the military that have come out that are so disgusting, vulgar and shocking that he stands to lose much more than the votes of veterans and their families.  Most Americans should have trouble voting for Donald Trump to be re-elected as president and commander-in-chief after hearing this.

Here is an excerpt from the explosive Atlantic article by Jeffrey Goldberg that caused such a huge reaction.

When President Donald Trump canceled a visit to the Aisne-Marne American Cemetery near Paris in 2018, he blamed rain for the last-minute decision, saying that “the helicopter couldn’t fly” and that the Secret Service wouldn’t drive him there. Neither claim was true.

Trump rejected the idea of the visit because he feared his hair would become disheveled in the rain, and because he did not believe it important to honor American war dead, according to four people with firsthand knowledge of the discussion that day. In a conversation with senior staff members on the morning of the scheduled visit, Trump said, “Why should I go to that cemetery? It’s filled with losers.” In a separate conversation on the same trip, Trump referred to the more than 1,800 marines who lost their lives at Belleau Wood as “suckers” for getting killed.

Belleau Wood is a consequential battle in American history, and the ground on which it was fought is venerated by the Marine Corps. America and its allies stopped the German advance toward Paris there in the spring of 1918. But Trump, on that same trip, asked aides, “Who were the good guys in this war?” He also said that he didn’t understand why the United States would intervene on the side of the Allies. [Exerpt from The Atlantic]

Jeffrey Goldberg’s article in the Atlantic has re-exposed the Donald Trump we all already knew about- a serial violator of decency, a man without a conscience or an ability to grow as a human being, a man who denigrates other people and calls them names out of his own ignorance and insecurity.

The Atlantic article by Goldberg is stirring up a lot of feeling and commentary. The comments have been verified by numerous news outlets including Fox News. These comments made by Trump about the military are shocking even after all we know about this guy. Trump’s comments are so vulgar they repulse anyone who still values our country, our democracy, and our men and women in the military who serve on the front lines protecting all of us in America from harm. This time it is not just the “libs” who are upset. It’s the military. It’s blue collar Americans.

How is it that Trump still has followers who will vote for him after all we know about how disgusting he is?

Trump maintains much of his power by throwing gas on the already lit bonfire of fear spooking his cult base so that they will cling to him for safety. He juices the culture wars to stay in power. His followers are terrified that the culture is shifting and changing in ways they don’t understand- above all, they are upset that our country is wrestling with the unfairness of white privilege as we face the reality that we are already a multicultural country whether some of us like it or not. If you really think all people are created equal then it’s only fair to give everyone a chance to get ahead. We should obviously treat people fairly based on their character not the color of their skin.

But that idea strikes fear in the hearts of many people who cling to Trump. That must be why Trump is cancelling the government training sessions about systemic racism. He claims the training sessions are racist. He’s trying to rev up the racists to vote for him.

Trump believes in white supremacy. And he also believes in getting whatever you can for yourself- amassing a fortune for yourself and everyone else be damned. When it comes to our troops, Trump cannot understand the idea of service or devotion to country. He would never go back to find a soldier left on the battlefield who was wounded. He cannot fathom why anyone else would do that either. Trump lacks basic humanity. He lacks any understanding of service to others or to country. He is totally unfit to be the commander-in-chief.

Clearly the enemy we should all fear is Trump himself. He is the anti American in the White House who is deconstructing our democratic institutions, our military, our norms, our agencies, and creating cultural upheaval to stay in power.

As Americans our personal safety is now at risk. We used to have faith in our government. We knew that if the FDA approved something it had been tested and it would be safe.  No longer. We knew that if the CDC gave us guidelines they would be granular and accurate in their detail about what we should do to stay safe in a pandemic. No longer. We can no longer believe anything coming out of this administration because Trump has politicized everything he could: the FDA, the CDC, the DOJ, the GOP led Senate, the USPS and on and on.  As Americans we can no longer trust our government with Trump as president. He lies all the time. He lies as he breathes. So when he says we will have a vaccine by November 1st, just in the nick of time for the election, who can believe that it will be safe? Frankly, no one should trust that. No one.

When he first took office I really wondered what would happen to these federal agencies and institutions since it was clear that Trump would try to make government over to shape it to HIS needs, his greed and his determination to dominate and control everything. Trump has done well for himself in that respect. Many of our agencies no longer function in the best interest of the American people.  Our agencies are hollowed out and politicized, run by Trump loyalists and syncophants these days. Those who disagree with Trump have left office and been bludgeoned into silence by Trump’s attacks via twitter. Those who have stayed on are cowed; they scurry around like mice doing Trump’s bidding.

We need to recognize that our government is no longer run in OUR best interests, but rather is acting in Trump’s best interests. And who is Trump?  He is the most vile, vulgar, greedy, corrupt, mysogynistic, racist and cowardly person ever to disgrace the presidency. For many Americans another four years of this man is intolerable and that today with this new revelation about his shocking denigration of the military, there will be far fewer Americans who will be able to bring themselves to vote for him in November. This really feels like the last straw.

There’s Michael Cohen’s book Disloyal and Mary Trump’s book Too Much and Never Enough, Brian Stetler’s book Hoax, Peter Strzok’s book Crossfire Hurricane. There’s the book by Melania’s former bestie making it clear that Melania is just as bad as Trump and shares his ideas: Melanie and Me. There’s the book by Michael Schmidt, Donald Trump v the United States. And Rage by Bob Woodward, is another book coming out now.

If these books and magazine articles, comments from military people and former Republicans who are voting for Biden do not have an impact to create a huge blue tsunami to overcome Trump’s dirty tricks and voter suppression to try to stay in power, then it’s game over for our country. Trump wins reelection by cheating and our democracy is dead. That’s literally what’s at stake. I think we all know that at this point.

For the first time in American history, a president has repeatedly shown utter and vulgar contempt and disrespect for those who have served and died serving our country.

While I am not surprised, I am disgusted by the current occupant of the Oval Office. He has repeatedly and consistently shown himself to be completely unfit for and to have no respect for the office he holds.

He took an oath of office that is similar to the one that each person takes who enters the U.S. Military. But he has completely failed to uphold his oath.

We owe it not only to those who have served and sacrificed for our nation, but to ourselves and to succeeding generations to vote him out. https://bit.ly/3h07oXQ

@JeffreyGoldberg
@TheAtlantic
Everyone knows that Trump is unfit to be commander-in-chief. Notice that none of his GOP buddies are speaking up about his fine character because they all know his character sucks. Even his base knows that about him. They can’t justify or defend what he says and does. If you try to talk with them about Trump’s character they change the subject and attack Democrats instead or express their fear about “socialism” because they are not able to face the fact that their president is a truly awful human being who does not deserve to be our president, the leader of the free world.
He would leave any one of us on the battlefield to die and tell our next of kin that we knew what we were getting into, so we were suckers and losers to sign up to defend our country. (Which is what he actually said to the bereaved military wife.) The idea of allowing the pandemic to run rampant in our country to achieve so called “herd immunity” is an extension of this same kind of thinking. He would be fine leaving millions of Americans to get infected and possibly die or have long term after effects from Covid-19 if he can get reelected because of a slightly better economy.  Trump doesn’t care if other people die since he is well protected.
No, Donald Trump, you are the loser. You have no humanity. You are a shell of a man.
We need to vote as if our lives depend on it. Because our lives DO depend on it. On November 3rd it’s up to us to make Trump into the biggest loser of all. If Trump makes you mad, put that energy to work. Help Joe and Kamala win by signing up to volunteer to help- make calls, text voters in battleground states. We need a giant blue wave. Click here to get involved