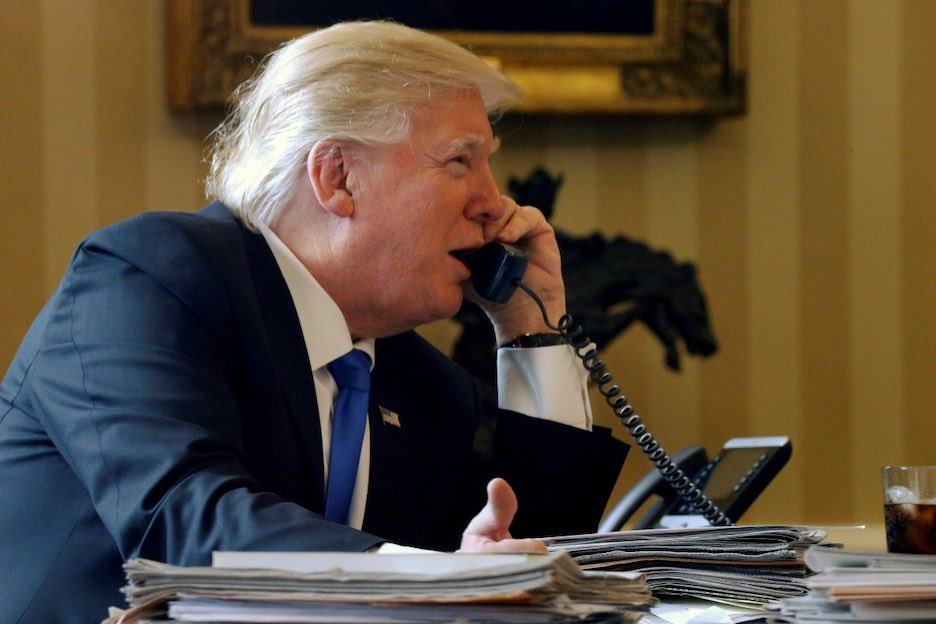 Trump knew in late January how serious the pandemic was going to be and consciously lied to Americans about the danger putting his own re-election above the safety of the American people. Bob Woodward’s book, Rage, and accompanying tapes of Trump speaking to Woodward, should be the nail in the coffin of this presidency.

Trump spoke with Woodward by phone 18 times in wide ranging recorded interviews. If and when Trump’s public relations machine tries to claim that Trump did not say these things, Woodward has the taped conversations to prove it and the tapes have already been released.

This should be the end of Trump’s presidency. Trump should be forced to resign. He has failed in his most important duty to our country- to keep Americans safe. Instead, he promoted and vigorously pushed a myth about the virus to help himself get re-elected.

Trump Knew How Bad the Pandemic Would be on January 28th

On January 28th there was a secret intelligence briefing in the Oval Office and the conversation included what was happening with the coronavirus in China. In that meeting Robert O’Brien, Trump’s national security adviser, told Trump: “This will be the biggest national security threat you face in your presidency. This is going to be the roughest thing you face.”

Matthew Pottinger, deputy national security advisor, agreed with this assessment. He told Trump that the world was facing “a health emergency on par with the flu pandemic of 1918” which killed about 50 million people worldwide (including Trump’s own grandfather). Pottinger also told Trump that 50% of the spread of this virus was asymptomatic spread from people who showed no symptoms.

On February 7th Trump told Bob Woodward that the situation was far worse than what he was saying publicly. Trump said he had talked with president Xi Jinping about the virus and learned that “You just breathe the air and that’s how it’s passed.” Trump also told Woodward “It’s also more deadly than your, even your strenuous flu. This is 5% vs 1% or less than 1%. This is deadly stuff.”

This was at the same time Trump told Americans that the virus was just like the seasonal flu and would soon disappear, the government had it totally under control.

On March 19th Trump confessed to Woodward that he consciously minimized the danger saying, “I wanted to always play it down. I still like playing it down because I don’t want to create a panic.”

What was the panic he was thinking about?  The panic Trump feared was a stock market panic. Since Trump believes his chances for re-election depend on the strength of the economy and he uses the stock market as the ultimate measure of economic health. Trump was trying to hide the truth from the American people to keep the stock market up to win re-election.

Bob Woodward is a reporter who rarely if ever offers his personal opinion. Instead, he gives the reader facts from which to draw conclusions. But Woodward breaks with his traditional role in this book. He tells us what he thinks about Trump. Woodward’s assessment  is clear and based on his numerous conversations with Trump: “Trump never did seem willing to fully mobilize the federal government and continually seemed to push problems off on the states. There was no real management theory of the case or how to organize a massive enterprise to deal with one of the most complex emergencies the United States has ever faced.”

In other words, Trump never mobilized a national plan for our country as other countries did that successfully managed the pandemic. Trump failed to use the federal Defense Production Act to surge supplies and protective gear. Instead he forced states to compete with each other. He wanted the death toll to be attributed to the states so he could avoid the blame.

Woodward also weighs in on whether Trump should be re-elected. He concludes that Trump is not the right man for the dangers we are facing. ‘When his performance as president is taken in its entirety, I can only reach one conclusion: Trump is the wrong man for the job.’ Jeez. That’s an understatement. History will be a far harsher critic.

In fact, I think Trump has blood on his hands.

Trump not only failed to contain and control the pandemic, he knew he was not telling the American people the truth about coronavirus. He not only hid the truth, he actively undermined the agencies that should have kept Americans informed with the facts so they could stay safe: CDC, FDA, HHS. These agencies have been co-opted to shape their message to conform to Trump’s branded messaging to Americans. Trump has been micromanaging and controlling the public relations narrative with the virus as he has been doing across the board with other agencies. He is doing this so that he can be re-elected by supporters who don’t know any better because they watch Fox News, don’t read reliable sources of information, don’t listen to experts and they believe the president’s words.

Could someone tell me why this is not criminally negligent homicide or manslaughter?

You can be charged with manslaughter if your reckless behavior caused the death of another person.

Trump is guilty of both in my opinion.

190,000 Americans are dead from coronavirus.

400,000 of us could be dead by December.  (According to estimates based on the current way Americans are behaving.)

However sad it is, it is also worse than sad. There is blood on Trump’s hands and the hands of other politicians, Fox News hosts and administrative officials who are complicit with him because they are trying to please him. These people are encouraging Trump  supporters to think this is a little flu bug, masks are for sissies, social distancing is for wusses.

According to Andy Slavitt, former Acting Administrator of the Centers for Medicare and Medicaid Services, says 75% or more of the lost American lives from Covid-19 were preventable if Trump had been honest about what he knew about the dangerousness of this disease and had told Americans it was transmitted through the air. Instead, Trump supporters shun masks and social distancing. This has led to superspreader events.

Trump, knowing the danger to his supporters, had massive in-person rallies. People were not wearing masks, not socially distancing at these events: Tulsa, New Hampshire, Minneapolis, Phoenix, Mount Rushmore, the RNC, North Carolina. Trump supporters who want to go to a rally have to sign a waiver that they will hold Trump and his campaign harmless if they contract the coronavirus. Now we know why. Trump and his campaign knew the danger.

Trump also made mask wearing and social distancing part of the culture war. Masks were for Democrats. Being jammed together was for Republicans. Trump even insisted in a recent press briefing that Jeff Mason, a reporter, take off his mask when asking him a question. (Mason, to his credit, refused to do so).

In South Dakota, where Kristy Noem is governor, the Sturgis motorcycle rally has turned out to be a superspreader event. Many of the attendees did not wear masks and did not social distance themselves from other participants.

Nineteen percent of the 1.4 million new coronavirus cases in the U.S. between Aug. 2 and Sept. 2 can be traced back to the Sturgis Motorcycle Rally held in South Dakota, according to researchers from San Diego State University’s Center for Health Economics & Policy Studies.

That’s more than 266,000 coronavirus cases attributed to the 10-day event, which more than 460,000 people attended despite fears it could become a so-called super-spreader event.

“We conclude that the Sturgis Motorcycle Rally generated public health costs of approximately $12.2 billion,” the researchers wrote in a paper. “This is enough to have paid each of the estimated 462,182 rally attendees $26,553.64 not to attend.” [Fox News]

Trump is a Danger to Your Health and Safety

When the leader of your country knows the truth that could save the lives of thousands of Americans and not only fails to tell the truth, but lies so that he can get re-elected, lies for his own personal benefit, and follows that with a pervasive cover up of the truth from agencies that are supposed to protect the American people resulting in millions of Americans being misinformed and misled, there is no way to excuse that behavior.

Trump supporters, I am talking to you. Wake up. Your president doesn’t give a sh-t about you. He could care less if you die because you are misinformed. By him. And if you do die because you were stupid enough to listen to and believe Trump, he would call you a loser and a sucker for believing him. Free yourself, Trump supporters. Vote him out. 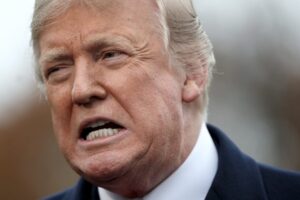 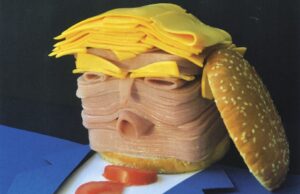