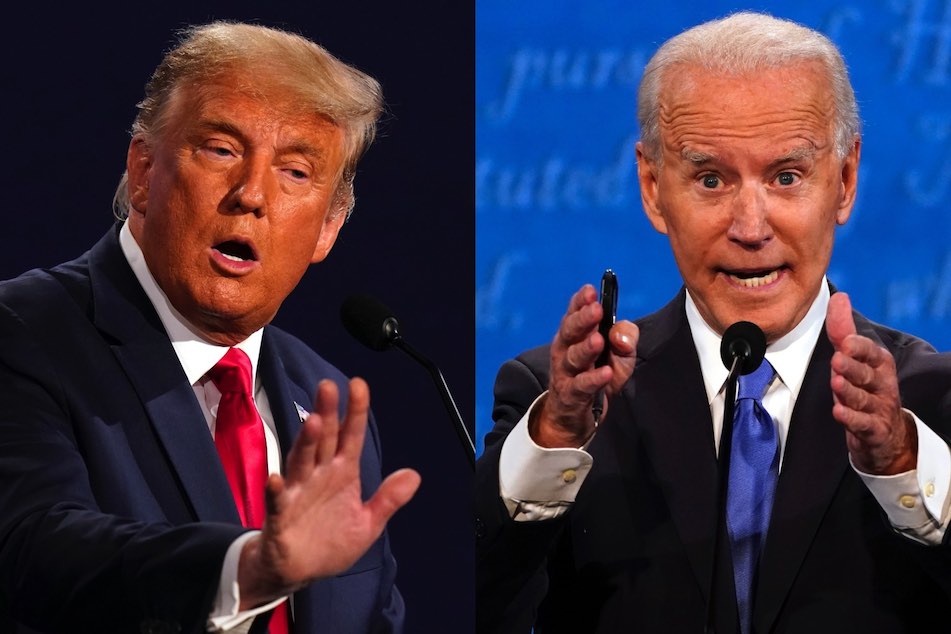 The last debate was held in Tennessee with Kristen Welker as the moderator. There are 11 days to go to Election Day. Prior to the debate Trump had been trashing Welker and her family. He was setting himself up to have an excuse if things didn’t go well for him. (What else is new?) The new rule set up by the Presidential Debate Commission muted the mikes of each candidate while the other candidate was talking to prevent interruption. That turned out to be a good move because Trump started out behaving himself but as the night wore on he reverted to bulldozing the moderator and Biden, talking over them and repeating himself, unable to stop himself from obsessive eruptions.

There were two candidates standing at podiums but the real force to be reckoned with did not have a podium: the pandemic. The pandemic is front and center for Americans these days. Every day we are working from home, some of us have lost our jobs, dealing with children at home who do not learn well using a screen instead of being in a classroom, unable to socialize as we used to, and worried that we could get the virus ourselves and possibly give it to grandma and grandpa or someone else who could die. The pandemic was the first topic of the debate. The two candidates could not have been more radically different in their ideological positions and approaches.

Trump: We’re learning to live with it. We will soon have a vaccine. We are rounding the curve. We must open up schools. The cure cannot be worse than the virus. (But Trump does not have a plan for containment.)

Biden: No, we are dying from it and we have to “shut down the virus”. There will be no widespread vaccine for most Americans for a long time. This will be a dark winter. (Biden has a robust plan for containment once he is elected.)

Trump hasn’t thought things through.  Trump insisted on opening up schools but did not articulate a plan to do it.  Biden has a plan to fund schools so that they can afford to install air circulations systems, reduce classroom size, have kids in small pods and keep testing everyone.

Trump has given up the fight. Biden is committed to the fight.

Over and over again Trump pitted his magical thinking  against Biden’s realistic thinking. Trump claimed there were little spikes that would be going away. Not so.

By now almost everyone in America knows someone who has or had the virus, is suffering long term effects of it, or has died of it, yet Trump still has NO PLAN and no national strategy other than magical thinking. Oh, and Scott Atlas’ herd immunity, which is nothing more than doing nothing and letting the chips fall where they may. Survival of the fittest.

This pandemic is the worst crisis to happen to America since the Great Depression. Trump has failed to lead. He is inept and incapable of rising to the occasion. And to make matters worse, Trump is on the verge of many more superspreader campaign rallies.  You have to wonder does Trump want Americans to die?  Does he want his followers to die? This guy is really the enemy of the people. We know he knows how deadly the disease is because he told Woodward the truth he won’t tell his supporters. Maybe he should listen to Chris Christie who was in the ICU and nearly didn’t make it.

At times Trump launched into some crazy ass stuff and went down a rabbit-hole only OAN and Breitbart viewers could have understood. Trump rambled on about a bunch of wacko fantasies involving some laptop computer, China, and Biden which being pushed by Rudy Guiliani, a known super spreader of Russian disinformation, who is desperate to help Trump win reelection. Most Americans must have been lost and confused about what Trump was accusing Biden of. But they could once more see on display the character of this man. This man who is a self-centered bully who lies as he breathes and who puts his faith in magical thinking and conspiracy garbage. Biden broke through with his response to this blizzard of trash and lies by looking directly into the camera and saying that Trump is talking about my family as a distraction. We should be talking about your family and what you are going through in this pandemic.

Over and over again Biden addressed important issues and did what he could to push back against Trump’s flood of lies.  One telling moment came when Biden talked about the Trump administration Zero Tolerance separation policy which removed thousands of children from their parents. You could see Biden was deeply upset that some 500 children were separated from their parents at the border who have not been reunited with their parents because this administration did not keep records that could be used to reconnect them. These children came here with parents who brought them to the border seeking asylum. (The Zero Tolerance policy is one that is causing many in faith based communities to reject this administration.)

Trump claimed this despicable policy was started by Obama. That was false. Trump claimed these children were brought by “coyotes”. That was false. Many of these children were there with their mothers and some were so young they were still breast feeding infants. They were held in cages by THIS administration. This administration took these children from their mothers and deported the mothers back to their countries of origin to serve as a deterrence to migrants seeking asylum. This is criminal and it violates international law as well as common decency. Biden’s humanity came through as he talked about these children and vowed that if elected he would be sure to create a path to citizenship for the DACA “dreamers” who came to this country as children. It was obvious that Biden respected the “dreamers.” He talked about how so many have grown up to be first responders and model citizens who deserve to have a place in this country.

There were many other topics in the debate including racial justice, climate change, national security, poverty, federal relief, immigration, and China, to name a few. The bottom line was that although Trump was able to rein himself in more than the disastrous first debate, he did not enlarge the number of people who will vote for him. Biden, for his part, had the goal of not saying something that would impact his lead which is 52/43 nationally, 9 pts up in Michigan, 8 pts up in Pennsylvania and Wisconsin, 6 pts up in Arizona, and 2 pts up in Florida. Biden accomplished that. Neither candidate is likely to see a sea change after this debate.

If you saw nothing but the closing statements that was probably enough to help you understand the vast differences between these two men. Kristen Welker asked both of them to tell us, “What you would say in your inauguration speech to Americans who did not vote for you?”

Trump didn’t directly answer that. Instead he said “We have to make our country totally successful, as it was prior to the plague coming from China.” He emphasized the pre-Covid economy and tried to create fear of Biden by predicting Biden would  raise taxes.

Here is some of what Biden said:

Trump is losing with Republican donors also.  He doesn’t have enough money left to buy the ads he needs to make his closing argument to voters. His campaign just pulled his ads out of Minnesota and Ohio. He is losing in Minnesota but it’s neck and neck in Ohio. He put the ad buy money into Florida and Texas because those two states are do or die.

A majority of Americans finally understand why we need a strong, effective federal government. There are some things that can only be done by a compassionate, capable, well-staffed federal government. The Trump administration is proof that failing to take action in the face of an existential threat like Covid-19 can be a matter of life and death. Most Americans also want a better future for all Americans, not just red state Americans. They don’t like Trump’s divisiveness and favoritism for red states, highlighted by his unwillingness to help California after a series of devastating wildfires, for example, and his vicious attacks and threats on Democratic mayors and governors like Gretchen Whitmer and Keisha Lance Bottoms.

Biden stands for a strong, united America. That’s what the majority wants. We know both of these men. We know what they will do in the White House for the next four years.

To get the country we want we need to vote for Joe Biden and Kamala Harris and a Democratically led Senate and House. Be sure to vote. Every vote counts and matters in this close election. 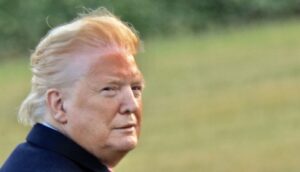 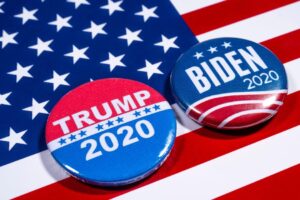 Next post Key Districts Could Be Early Predictors of Election Outcome