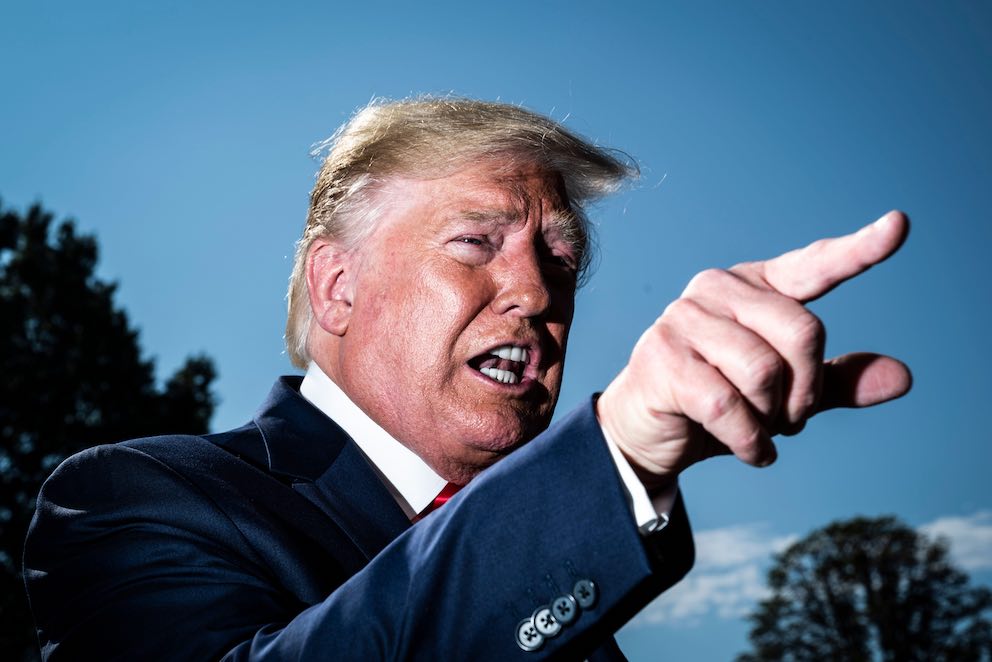 What Just Happened and What We Can Do About It

January 6, 2021 was one of the darkest days in the history of our country. It was the day that Trump incited his followers to attack the legislative chambers on Capitol Hill to disrupt the counting of Electoral College votes that would confirm Joe Biden and Kamala Harris’ victory. Trump supporters were exhorted by Trump, Guiliani and Trump Jr. The president told his supporters to walk down to the Capitol from the rally and to “fight like hell”.

Trump supporters listened to him and did that.

They were wearing Trump T shirts and waving Trump flags forced their way into the House and Senate, breaking windows to enter, some carrying loaded weapons, sledgehammers, ladders, canisters of chemical weapons, tear gas, pipe bombs, and Molotov cocktails. They threw furniture out of windows and into hallways, trashed the corridors and offices, smashed glass, and attacked the Capitol Police who had to fall back because they were outnumbered. Lawmakers and their aides ran for cover, hid in protected locations, put up barricades with chairs and furniture, put on gas masks, and sent text messages to loved ones.

During this assault on Capitol Hill, Trump’s mob roamed the corridors of both chambers, took selfies, rifled through desks, took a laptop computer, defaced Nancy Pelosi’s office and wrote grafitti messages like “murder the media” on doors. Back at the White House, Trump watched what was happening on TV and was reportedly pleased with what his supporters were doing.

Ashli Babbitt, a 35 year old female Trump supporter from San Diego who was an Air Force veteran, was trying to gain entry into the building after glass was broken and was shot in the chest by someone trying to defend lawmakers from the mob breaking in. Babbitt had been an outspoken Trump supporter who believed Trump was cheated out of his second term and had come to DC to protest. Babbitt died along with three other people on Wednesday. On Friday a Capitol Police officer who had been on life support also died of his wounds.

This was not a protest. This was domestic terrorism. Trump has been a domestic terrorist for some time. He has been an aspiring tyrant since he was elected. This is the final chapter of a failed presidency but it is not the end of our problems with Trumpism.

How Did it Come to This? The Role of Reality v Unreality

Since the election Trump has been variously described as emotionally “fragile”, depressed, distraught, experiencing “volatile instability”, anger and rage over his loss. Since losing the election, Trump has tried every trick in the book to change the reality he could not face. He tried to get local election officials to help him cheat to win, get courts to support his alternate “facts”, bringing some 60 lawsuits which were all without merit, two that were rejected by the Supreme Court, and finally he was caught on tape extorting Brad Raffensperger, the Secretary of State in Georgia, to “find” him 11,780 votes that weren’t there.

The last straw for Trump was probably that Pence would not help him rewrite reality. Trump was reported to be enraged and infuriated by Mike Pence’s refusal to act outside the Constitutional role he was permitted under law. Trump wanted his help to deny or delay Biden’s certification as president as long as possible. Pence had met with the Congressional parliamentarian to understand his role overseeing the counting of electoral college votes from each state. The role is comparable to a host at the Emmys opening the envelope to see who had won and keeping a tally. Pence told Trump that he would not act outside of that prescribed role.  That rebuff from Pence moved Trump to intense anger, according to journalists. He was reportedly pacing in the White House and obsessively talking about the unfairness of it all, furious with Pence.

No One Should Be Surprised

This was predictable. No one should be surprised that Trump would incite his followers who had gathered in Washington, DC to go to the Capitol and attack lawmakers as a way to stop the reality he cannot accept — the final counting of the ballots– the final nail in the coffin in his effort to stay in power.  It was all over social media that Trump wanted his followers to come to the Capitol and that it would be “wild”.

No one should be surprised that this happened because it follows a pattern we have seen time and time again. Trump always wants what he wants and creates a pressure campaign to get it, then he sets others in motion to do his dirty work. Trump lit this match and threw it into the crowd during his rally on Wednesday morning, sending that lit, ticking bomb on a mission to attack the legislative branch that was infuriating him.

Why Truth, Facts and a Shared Reality Matter

This assault by Trump’s mob was a long time brewing. It was the result of lies, misinformation and disinformation generated by Trump and his sycophants for four years and, in truth for many years before Trump took office. Trump, even now, continues to claim he won the election in a “landslide”. Now he says it will be a peaceful transition but he still insists he won in a landslide. That is a bold faced lie. And it matters. That lie is being repeated over and over by Republican lawmakers, hosts on Fox news, conservative media and many others who know better.

Even after the assault on Capitol Hill by Trump’s terrorist goon squad, over 130 lawmakers in the House continued to claim there was a need to investigate the possibility of election fraud but only in the battleground states that got Biden his win. Shame on them! These Republicans are to blame as much as Trump, Fox News, OAN, Q’Anon, conservative media, and the Proud Boys. Everyone supporting Trump’s world of alternate facts is to blame.  Trump’s supporters have been brainwashed to believe that lies are the truth when they serve the interests of Trump and right wing radicals. To these brainwashed supporters, the attack on our Capitol was a valiant mission. They were proud of themselves.

I have written many times in this blog about the dangers of Trump’s alternate universe. Trump has been unable to accept reality in his life if it is not a reality that is good for him. He has been like this for a very long time. Birtherism was one well known indicator of his mental impairment when it comes to accepting reality. Trump’s condemnation of the Central Park Five even after they were cleared of wrongdoing was another well known indicator of his serious mental problem when it comes to accepting the truth. When the world does not give him the reality he wants to believe, he rewrites reality and pushes out his alternate fantasy, insisting that everyone buy into his rewritten version of the truth. Trump himself comes to believe the alternate reality and obsesses over it.

Some would say this is psychotic, and delusional, which is true. Nonetheless, I would argue that Trump does know the truth but he acts without regard to the law. I believe he has the knowledge to have the criminal state of mind or mens rea, the criminal intent, and therefore must be held accountable. For Trump, laws are irrelevant because he has never had to pay a price for all of his wrongdoing.

Trump’s followers have been listening to news sources and reading Facebook posts that repeat Trump’s reimagined world of lies over and over again. This attack yesterday is what you get when millions of people have been lied to and believe the lies.

On the Senate floor Mitt Romney said “The best way we can show respect for the voters who are upset is by telling them the truth. That is the burden, and the duty, of leadership.” He received sustained applause from his fellow Senators. But for some of them it was too little too late. Where were all of these people when Trump was impeached? Trump should have been removed by these Senators. They failed their duty of leadership. Mitt Romney was the only Republican who did vote to convict Trump.

What Must Happen Next?

With two weeks to go to the end of his presidency, Trump could become even more desperate and vengeful. No matter what he says about agreeing to a peaceful transfer of power, he may not be able to sustain that promise. He is surrounded by total loyalists at this point. He does not have the guardrails he had at the start of his presidency although he needs them now more than ever. And Trump is still insisting he was cheated out of his rightful second term. Until he stops telling that lie, his followers will continue to be potential terrorist time bombs inside our country.

Members of the House and Senate who still support Trump need to be identified and called out. They should not be seated when the 117th Congress begins on January 19th. They took an oath to abide by the Constitution and laws of our country. They have violated that oath. We must never forget that Josh Hawley and Ted Cruz were ringleaders even if they try to pretend they were blameless.

As for Trump, he needs to be removed from the powers of the presidency as fast as possible. There is a growing movement to do that either by invoking the 25th Amendment or by rushing an impeachment. Pence is not supporting the 25th Amendment. I prefer impeachment anyhow. Once impeached by the House (which could be fast tracked and only take two days’ time) there might now be enough Republicans in the Senate to convict and remove after what Trump did to them.  Because of Trump the GOP has lost the House, the Senate and the Executive branch not to mention his incitement to attack the Capitol.  Republican Senators may finally realize that Trump must be crushed and never allowed to run for office again. The Senate can vote to disqualify him from ever holding office again once he is impeached whether or not he is convicted. The Senate can keep Trump from running for office again by a simple majority vote. Republicans might really want to do that to try to rebuild their brand and get out from under Trump by insuring he cannot run again in 2024.

Call your Senator and Representative and demand Trump be impeached immediately! 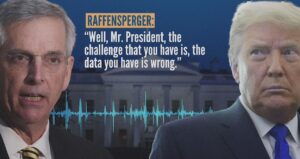 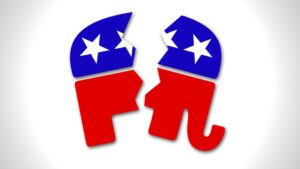