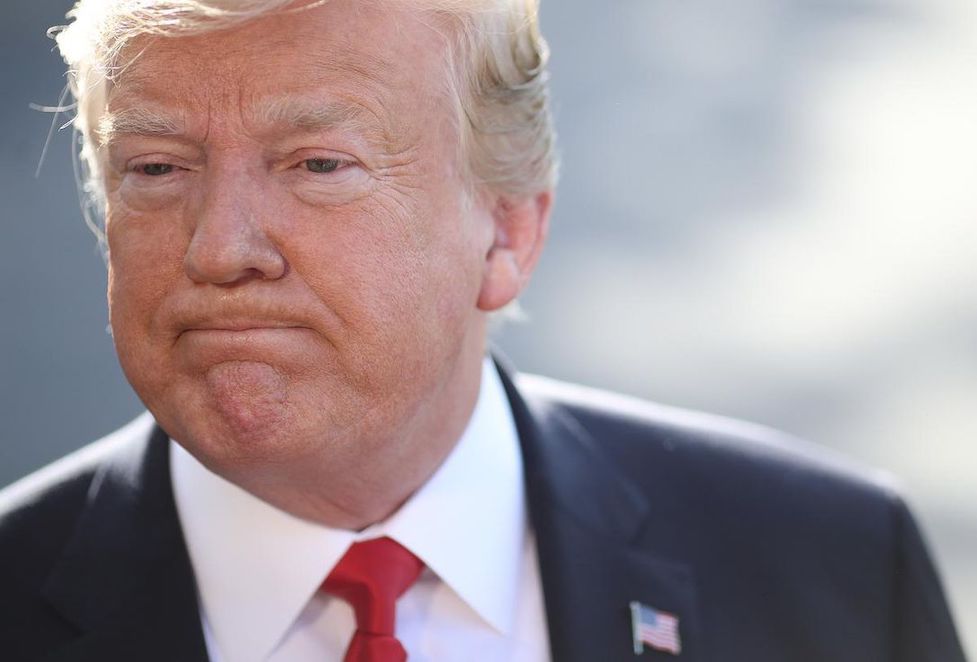 Imagine that your favorite football team or baseball team lost a game and a group of fans refused to accept the loss. Imagine if instead of coming to terms with the loss they issued death threats against the other team, the fans of the other team, their wives and families, even threatening the umpires, telling them to change the outcome of the game after it was over so they could be declared the winners even though they lost the game. How would you feel about the behavior of those fans if that was YOUR team? You might want your team to win, but I doubt you would want your team to claim a win by reason of death threats against the other team members, umpires or their families. That’s not a win. That’s intimidation.

This is What Trump Supporters are Doing

Late on the night of April 24, the wife of Georgia’s top election official got a chilling text message: “You and your family will be killed very slowly.”

A week earlier, Tricia Raffensperger, wife of Secretary of State Brad Raffensperger, had received another anonymous text: “We plan for the death of you and your family every day.”

That followed an April 5 text warning. A family member, the texter told her, was “going to have a very unfortunate incident.”

Those messages, which have not been previously reported, illustrate the continuing barrage of threats and intimidation against election officials and their families months after former U.S. President Donald Trump’s November election defeat. While reports of threats against Georgia officials emerged in the heated weeks after the voting, Reuters interviews with more than a dozen election workers and top officials – and a review of disturbing texts, voicemails and emails that they and their families received – reveal the previously hidden breadth and severity of the menacing tactics.

Trump’s relentless false claims that the vote was “rigged” against him sparked a campaign to terrorize election officials nationwide – from senior officials such as Raffensperger to the lowest-level local election workers.

The threats are being investigated.

These people need to be prosecuted. They are disgusting.

And they are Trump’s most loyal base voters. Republicans need them to win elections. For that reason, Kevin McCarthy and others in the GOP refuse to condemn them or what they are doing, saying and threatening. But many people who used to work as poll watchers or election judges are not coming back after the threats they have had to put up with.

Trump’s loyal followers cling to the notion that he should have won when he lost and that he will return in August when he won’t. The inability to accept the reality that he lost the election, an election that was fair and square, has become the litmus test for being a good Republican these days.  Trump’s impassioned supporters demand they “win” by threatening and terrifying election workers and their families, secretaries of state and anyone who disagrees with them with death threats. Out of fear, these people who were just doing their jobs have had to leave their homes, worry about their lives and their family members’ lives being threatened. Some had to stop visiting family members out of concern for their safety. These are consequences that should have a remedy. The perpetrators should have to pay damages as well as do time in prison for their death threats.

I think the majority of sane Americans see what Trump has done and continues to do to our core values, lessening the civil behavior of people in our country. Anyone who is reasonable should have come to the conclusion by now that Trump is a bridge too far for them. Even people who once voted for him, excusing his rhetoric as over the top, but liking his policies, should understand by now just how monumentally bad Trump was and is for our country. This might just be a litmus test for sanity– do you still think Trump was a good president? Do you still want him to be president again?

What the Republicans are doing by clinging to Trump has resulted in an increasingly shrinking base:

From Gallup comes news that its regular polling on party affiliation shows the largest quarterly gap in major party affiliation since 2012, with 49 percent of U.S. adults identifying themselves as either Democrats (30 percent) or as Democratic-leaning independents (19 percent), while 40 percent call themselves Republicans (25 percent) or Republican-leaning independents (15 percent).

As it shrinks, it is the home to more and more of Trump’s craziest, the forever Trump supporters, the militias and the White Supremacists, the 3%ers and Proud Boys, which, for moderate Republicans, should be both shocking and disgusting. By the time we are closer to 2022 anyone left in the Republican Party is likely to be 100% aligned with Trump and Trumpism which means they will likely also be the craziest of the crazies out there.

If Biden continues to meet the needs of Americans, he will build up good will for this administration.
The bottom line is that if you approve of the president, you’re very likely to vote for his party, and if you disapprove, you’re very likely to vote for the opposition in this polarized era.
In 2018, Republican House candidates won 88% of those who approved of Donald Trump’s job performance and lost 90% who disapproved. Republicans lost the House because more voters disapproved of Trump (54%) than approved (45%).
Biden, at this point, is inverse of this with an approval rating at 56% (Fox News).
Reading the Tea Leaves
Democrat Melanie Stansbury beat Republican Mark Moores by 26 points in a special election to replace Deb Haaland, who represented the district until she joined the Biden administration as interior secretary earlier this year. She did so in a district that Biden won by 23 points in 2020, Haaland took it by 16 points that same year and Hillary Clinton won by 17 points in 2016. In other words, Stansbury didn’t just match but slightly exceeded the baseline Democratic performance in the district.
Of course, this was just one special election. But there have been a slew of special elections, mostly on the state legislative level since Biden became president, that seem to indicate something similar.
Democrats seem to be doing 2 points to 5 points better than you’d expect in a neutral political environment, depending on whether you look at all special elections involving at least one Democrat and Republican or those taking place with only one Democrat and one Republican. This 2 to 5 point Democratic advantage matches pretty much what we saw in the national congressional generic ballot. It is also pretty much identical to the results we witnessed in last year’s election. Biden won by 4.5 points nationally, and Democrats were victorious in the national House vote by about 3 points.
Why Trump’s Crazy Supporters SHOULD Help the Dems to Win
Above all if Trump supporters continue to be in the news
*with indictments of and guilty pleas from MAGA supporters who attacked the Capitol on January 6th,
*with indictments of Trump supporters issuing death threats to election workers,
*with Trump supporters insisting on recounts like the one in Arizona, (which is very unpopular with the voters of Arizona and will cost taxpayers millions of dollars to replace voting machines)
*with Trump supporters believing garbage QAnon conspiracy thinking including the idea that Trump will be “reinstated” in August
* with Trumpian red states fueling serious outbreaks of coronavirus because they refuse to wear masks, social distance or get vaccinated
The upshot could be that Trump’s crazy base would be the single biggest reason that every Democrat trying to win general elections in 2022 SHOULD have a significant advantage over his or her Republican opponent.
But Republicans Are Gaming the System to Stay in Power