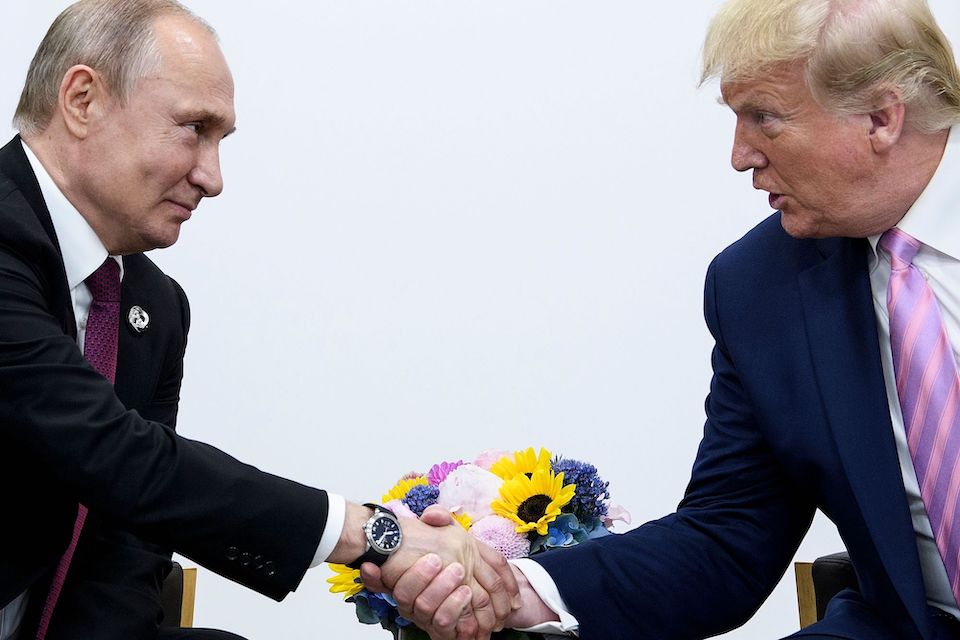 Suddenly Democracy is Worth Fighting and Dying For

Vlodomyr Zelenskyy and his people are the tragic super heroes in the global fight for freedom, liberty and democracy. Zelensky’s bravery and that of the Ukrainians facing off against the Russian military’s unprovoked attack, ordered by a deranged villain in a self-serving quest to reconstitute the former Soviet empire, has resulted in overwhelming support for him and the Ukrainian people. The world has risen up to retaliate against Vladimir Putin for his monstrous attack on Ukraine. Resistance is everywhere– from every European country, to the business, sports, and entertainment worlds around the globe. Putin has united almost everyone against him.  Ironically, he has even united Republicans and Democrats in our country in unity against him as a pariah and in support of Ukrainians.  You know you are a pariah when Trump and Fox News hosts who have been slavish admirers of you at the start of this attack, turn against you. You know you are a pariah when Victor Orban, the dictator in Hungary, turns against you.

The response to isolate Russia has been swift and powerful with the US leading the charge to ostracize Russia and make it pay for this unprovoked attack on a sovereign nation. Germany is sending weapons to Ukraine, breaking a vow never to send lethal weapons to other countries. Germany will also strengthen its military force and increase military spending and support of NATO. It will act immediately to move away from reliance on Russian oil. Finland, Sweden and Switzerland are breaking their stances of neutrality and freezing Russian assets, following the lead of the US and other EU nations. The International Olympic Committee will bar Russia and Belarus from competing. Ukraine has asked to be immediately admitted to the EU. And the EU seems to be responding positively to that request. Law firms and businesses across the world are disassociating themselves from Russia. Even tech companies have been helping Ukraine to fight back against Russian efforts to silence voices of resistance in Ukraine by thwarting Russian malware. The group Anonymous, a group of hackers across the globe, have shifted their focus to target Russia. They are engaged in cyberwarfare against Putin.

Zelensky has transitioned from being an actor on a TV show to a true combat leader and inspirational voice for democracy. He and the Ukrainian people are showing the world the value of democracy: a free press that tells people the truth and a free and fair electoral system where the people vote for their leaders. Thanks to these freedom fighters Democracy suddenly matters again and is worth dying for. Zelensky has been a phenomenal leader. His direct appeals for help from the EU broke through, touching the hearts of normally hard hearted European politicians who were not inclined to help when Putin first began his attack. They may have thought Putin would never dare to actually invade all of Ukraine or they may have believed that Zelensky would leave his country instead of standing up to rally his people, but Zelensky and the Ukrainian people have shocked the world with their courage.

Even though Zelensky has inspired Europeans and Americans across the globe to help his country, world leaders are hesitating to directly interface with Russia which would happen with a no fly zone. The fear is that if Putin is too humiliated or thwarted in his mission to take over Ukraine, he will double down and that could include a nuclear attack. For this reason the approach so far by Biden and his team has been to create economic ruin for Russia in retaliation. Biden’s team has been truly masterful at uniting the world against Putin and turning Russia into a pariah nation, loading the country up with sanctions that are already crippling their banking system. The ruble is now worthless. Their bonds are junk. Our DOJ is going after the oligarchs– seizing their luxury boats and homes and going after their children’s holdings also because the oligarchs use people in their families to protect their assets. This is having an effect but it takes time and time is of the essence when it comes to helping Ukraine with this war.

Putin is Losing the Information War

For years Russia was thought to be the master of information warfare. But the Internet is ubiquitous and because of that, Putin is unable to control the narrative as he has in the past. The United States intel services have been accurately predicting the horror to come calling the shots in advance of every Russian play. This undermined Russian disinformation by predicting what Putin was going to do, announcing it to the world, and then watching it come to pass each step of the way. Our intel services deserve respect.

Putin is desperately lying to his own people, shutting down independent press and threatening 15 year prison terms if information sources don’t pretend this war is not a war. Putin is trying to lie to the world about what he is doing, but his disinformation bubble is springing holes thanks to social media. Ironically, the grainy hand held cell phone video content from Zelensky taken daily in front of known buildings in Ukraine and sent out to the world over Telegram as proof that he is still in Kyiv leading his people in this fight for survival, has won Zelensky greater and greater support and admiration. Everyone outside the Russian disinformation bubble knows what Russia is doing to Ukraine and despises Putin for doing it.

Zelensky is winning the information war against Putin’s huge disinformation machine. Interviews with captured Russian soldiers have revealed that many of these young men are mostly baffled by their orders to attack Ukraine. Many do not understand why they are fighting against a country where they have close relatives. Some have said they thought they were supposed to be engaging in military exercises, not in a real war. Zelensky has characterized these Russian soldiers as young men who are being abused by Russia because they were duped. They have been thrust into a war they do not want to fight. Zelensky is calling out to Russian mothers to protest for the sake of their sons.  In this way Zelensky is adeptly using social media warfare to fight Putin in a way that could work. If the Russian people, the oligarchs, the young people who know what is really happening despite Russia’s intense efforts to drown out the truth, and others in Russia will rise up against Putin, maybe there is hope that Putin’s inner circle will rise up against him too. Let’s face it– now is the time for a coup in Russia for the sake of the entire world.

The economic and information war battles to ruin Russia are having an effect but these things take time. Until and unless Putin is neutralized, this is a David against Goliath fight that David will lose in the first round. Ukraine will be devastated by Putin as he “takes over”. But that will not be the end of the fight. This fight will go on.

It will turn into a resistance movement and will go underground. We know this because ordinary people in Ukraine who only a few days ago were living everyday lives working as tattoo artists, lawyers, computer techs, teachers, baristas, and truck drivers have taken up arms to fight against the Russian military in their own their cities and they will not give up even if Russia claims victory. So far their love of democracy and country is empowering them to win many small victories in street fights against the Russian military. But Russia is decimating Ukrainian cities using long range missiles. The expectation is devastation–wiping out neighborhoods, buildings, monuments and people– laying waste to everything. For us in America, this fight will be unbearable to watch. Americans will be calling on Biden to do more. They already are. The reason Biden doesn’t do more is because of a fear that Putin is a paranoid madman who will use his nuclear power if he is backed into a corner.

Putin will say he took Ukraine and won. But Russia does not have the ability or manpower to be an occupying force for a country the size of Ukraine. The war will go on with Ukrainians resisting over time as long as it takes to reconstitute a democracy. Putin’s Russia will be ruined along with Ukraine. Putin will join the ranks of Hitler and other monsters whose names will live in infamy.

How Will the War in Ukraine Change the Way We Think About Trump?

Trump and Putin are inextricably connected. Trump has always been a huge admirer and sycophant of Putin and his autocratic ways. Putin helped Trump win his election. Putin promised Trump a big hotel in Moscow. During the Republican Convention Trump’s campaign manager, Paul Manafort, changed the platform to support Russia and damage Ukraine by watering down provisions that protected Ukraine against Russian incursion. Now we know why.

Trump’s impeachment for trying to bribe Zelensky- namely, weapons to fight Putin in exchange for phony dirt on Joe Biden, is suddenly more understandable in the context of Putin’s war on Ukraine. Now we can see how much those weapons meant to Ukraine to fight off the Russian aggression we see today that Ukraine has anticipated for many years. Putin cannot stand to have a vibrant democracy on its border. Putin is terrorizing Ukrainians and he will destroy the country. But that will not win him any friends. And Trump’s longstanding alliance with Putin will turn many more Americans against him as this war gets even more inhumane.

Americans who did not understand the value of our democracy before are coming to realize the value of a democracy. Too many Americans have not valued our free press, our intelligence services that tell us the truth, our electoral system and our rights to do what we want in a free society.

These catastrophic developments in Ukraine will also help Americans to understand that the Trump/ Fox News alliance with Putin is an alliance that goes against our deepest values on both sides of the political aisle– personal freedom, self-determination, and a free press. Even now in Republican Mike Lee’s re-election effort the Dems are using footage of Mike Lee with Putin as a strong rebuke to Lee and a reason not to vote for him. The bromance between Republicans with Putin is over. The GOP will pay the price for their love affair with this monster. It will only get worse over time as Putin decimates Ukraine, indiscriminately kills mothers and children, older people trying to escape, annihilates town after town and much of this is documented on grainy videos with sobbing victims who didn’t do anything to deserve this.

It is terrible that the ruin of two countries, Russia and Ukraine, is coming and a massive refugee crisis will happen first from Ukraine and then from Russia as it becomes impossible to live there. It is sad that the death and destruction of so much will serve to remind everyone how much democracy matters.  But this is where we are.

Putin Misjudged the Power of Love